Losing Teenage Daughter In An Accident, Grieving Mom Finds Solace In Letters Daughter Wrote Her On Her Previous Birthday

Posted by Sama in Heartbreaking On 18th September 2018
ADVERTISEMENT

Cindy felt like she lost her world when she heard the news of her daughter's car accident. The tragedy claimed not only 16-year old Macy's life but also her boyfriend Sattler's life. Dealing with the trauma, Cindy was stuck in her grieving process and had no idea how to move on after her daughter's sudden death. What she needed was closure but she had no idea how to find it with her daughter Macy no more beside her. This is when Cindy found the set of letters that her daughter gave her as a gift on her previous birthday. Reading the letters, Cindy couldn't help but imagine that her daughter as if almost knew that she would be needing these letters in the future. 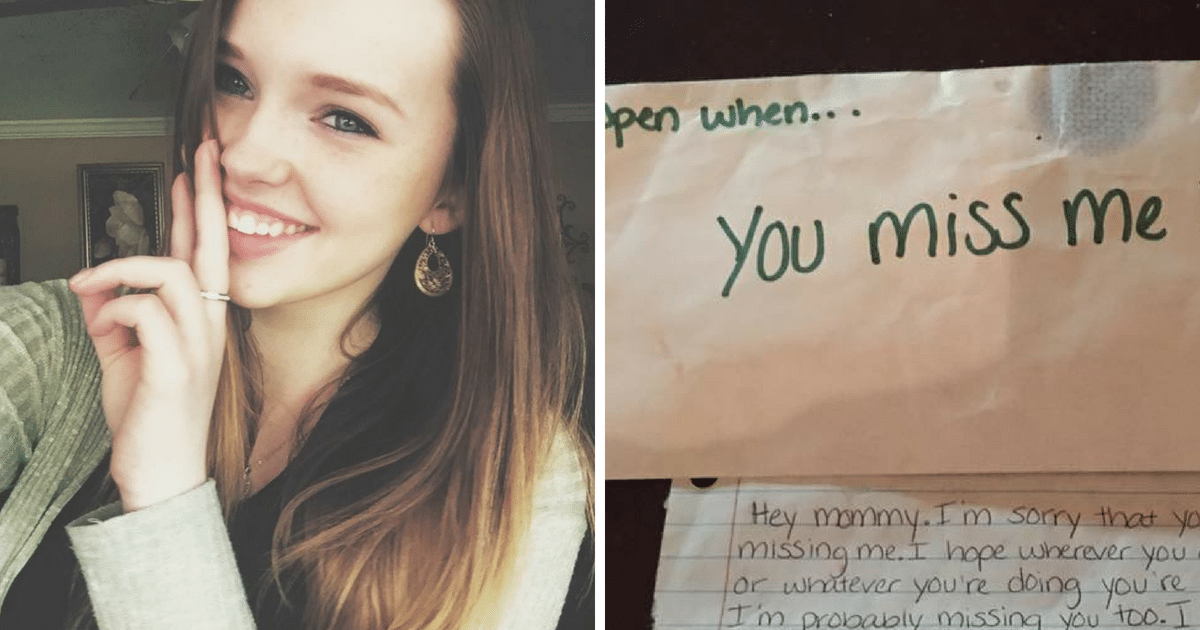