Made To Fade Tattoos Let You Match Them To Your Mood.

Tattoos made of disappearing ink allow tattoo enthusiasts to experiment with different artwork on their skin and change it up if they want to later on. 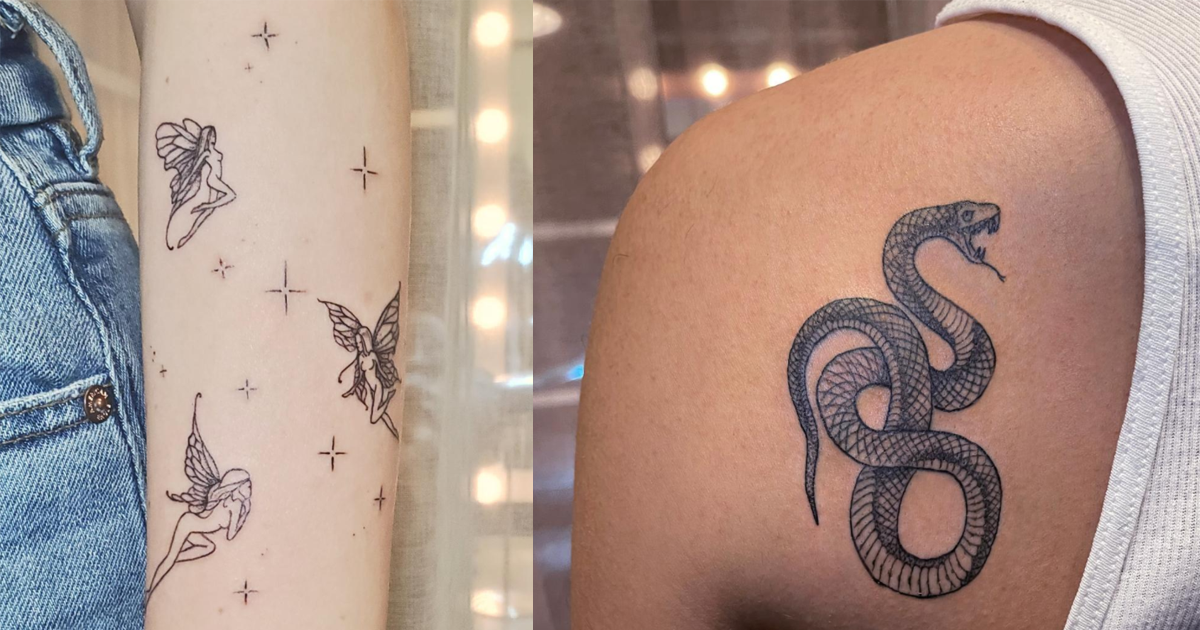 We all love tattoos but it's no secret that there are many out there, like Pete Davidson, who have ended up regretting, covering or removing the tattoos they have on their skin.

As matching tattoos with partners become more and more of a trend, there is an uptick in services providing cover-up services as those relationships go belly up. This is where made to fade ink comes in.

Ephemeral, a Brooklyn based tattoo shop specializes in just that.

With an aesthetic that is more pastel than grunge, the exterior of the store is unassuming and airy.

With messages of ‘regret nothing’ across its branding, the store uses real needles and machinery to give their patrons tattoos that fade within the year.

Calling their special service ‘made to fade’ rather than temporary tattoos, Ephemeral asserts that these tattoos are the real thing but do not stick around for a lifetime as opposed to the sticky, paper-based temp tattoos you usually find on the market.

This is a perfect option for commitment-phobes or those wary of getting a tattoo for fear of regret.

What makes the ink disappear is the medical-grade solution that is biodegradable which breaks down as time passes. It was developed over six years under the watchful eye of chemists and dermatologists that this unique ink was created.

Cofounder Josh Sakhai said, “For us, the big research and development challenge was always getting the tattoos to last longer. That was actually the hardest part, getting the ink to stay in the skin,"

At the time of launch, thousands had already signed up to get tattoos. "It's been really humbling to see the response,"

"At this point, there are thousands of people who have actually made reservations. We are working to increase our capacity to meet the needs of all these people who want to come experience our tattoos."

Made to Fade tattoos were born of Sakhai’s own experiences with tattoos, the stigma in his household around them and his hesitation to get a permanent one done. "The reality is, I was scared. I didn't know what I wanted to get, let alone if I even really wanted to get one,"

But that doesn’t mean tattoo enthusiasts will be skimping on the experience simply because they disappear. For all intents and purposes, these made to fade tattoos are almost exactly the same.

“It's exactly the same as getting a permanent tattoo," said Sakhai. "And for us, keeping that authentic experience was super important."