Posted by Sumaiya Ghani in Funny On 22nd October 2020
ADVERTISEMENT

This mother of 4 felt like dying from embarrassment after her 2-year-old took a picture of her bare bottom and sent it to all her Snapchat contacts. The mother let the girl play with her phone while she was drying her hair naked, she had no idea the toddler took photos and sent it to her friend list including work colleagues and former uni pals. 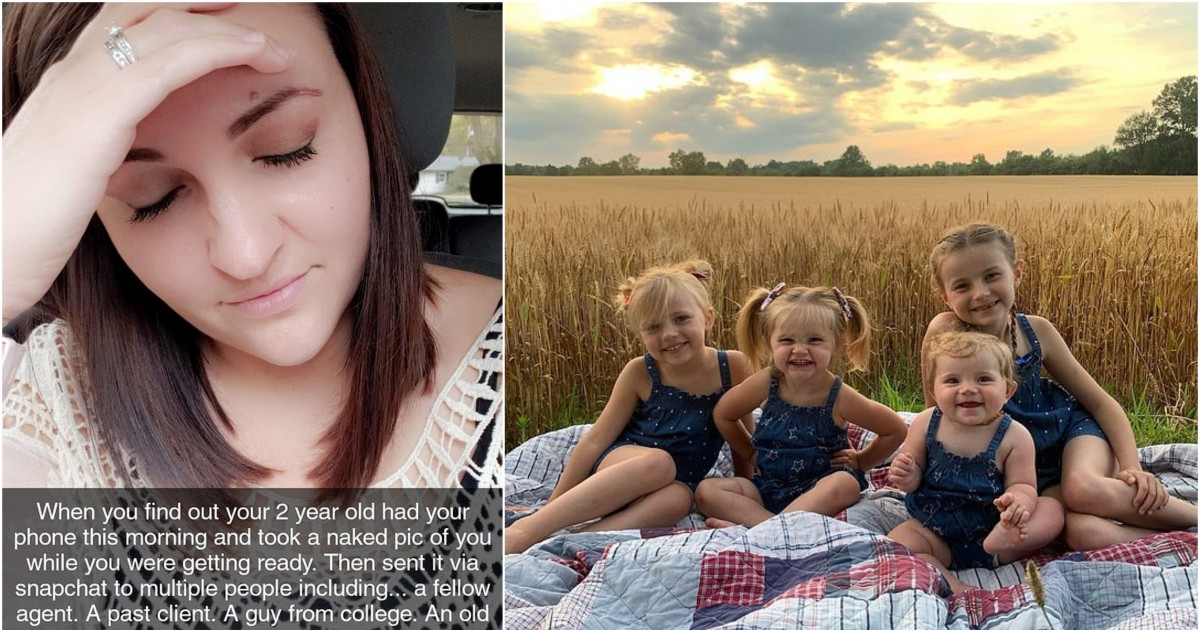 30-year-old mother, Emily Schmitt, from Ohio, gave her little girl her phone to play with. While Carsyn was busy playing with her phone, she decided to dry her hair, naked. The poor mom had no idea her snap-happy toddler was taking shots of her bottom while she was drying her hair.

Things didn't stop there. The two-year-old sent the snap to all her Snapchat contacts including the people from her office. 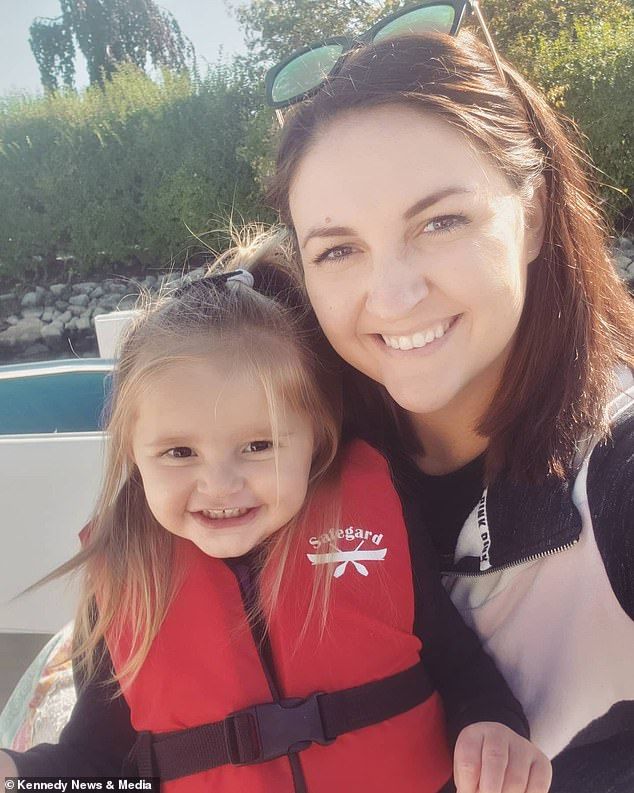 Emily didn't know what her daughter did until she received a text from a co-worker saying 'thanks for the nude'.

That was the moment the young mother realized her daughter had been sending naked shots of her to various friends on Snapchat. What's the most embarrassing was that these friends included work colleagues and former uni pals.

'I was mortified,' said Emily. 'I literally think I died for a minute then came back to life so I could tell people what happened. 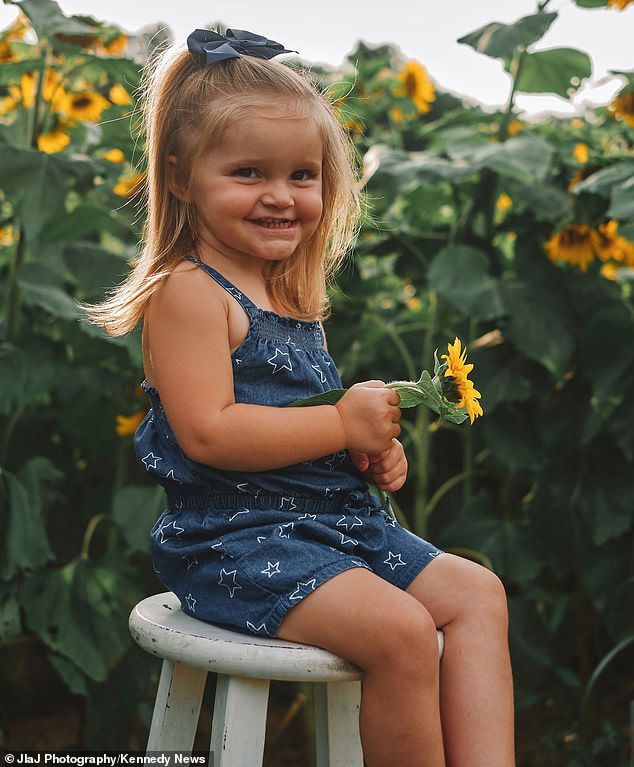 'It's so funny - this child of mine is wild. We just say she's feral - she cannot be tamed.'

The little naughty girl had sent the naked pictures of her poor mother to 15 people, including former university friends, a work acquaintance, former clients, and co-workers at the real estate brokerage she works for.
She told: 'It's people I don't talk to all the time. I was like, "Oh, there's the guy I went to college with who had a crush on me" and, "Oh, there's a past client of mine", "There's an old co-worker". 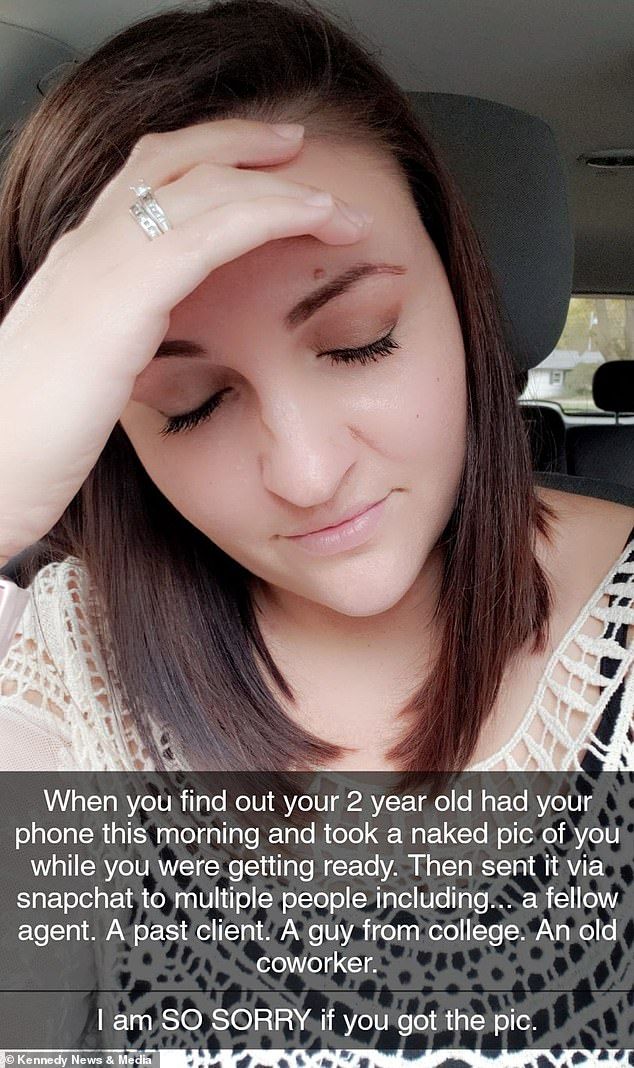 'It didn't go to everybody but it for sure went to one of my agents and one of my past clients. Luckily it was Snapchat so we've got to find the positives. It didn't save and no one took a picture or screenshotted it.'

The good thing is that not everybody received the picture of Emily's bare bottom. Some had actually been sent a picture of the ceiling, while others had received a photo of Carsyn's foot. Regardless, Emily apologized to all of them. 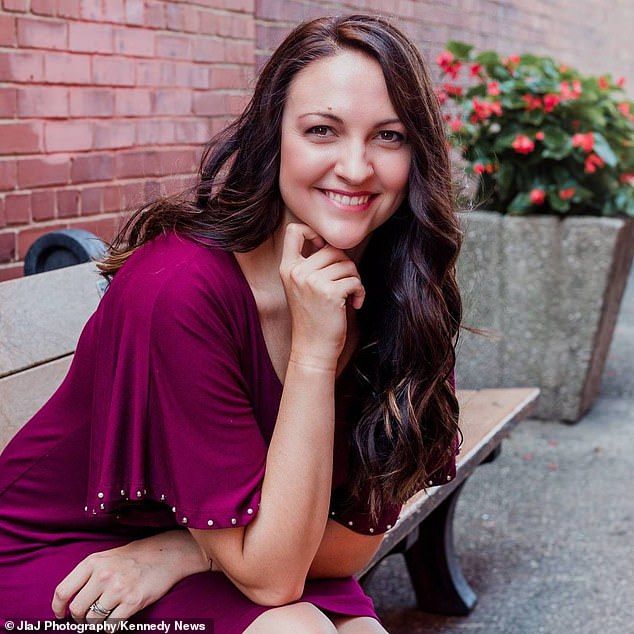 'I was like, "Okay, I quit. I'm done." It's just a joke all round here and I thought it's a dark, twisted world at the moment so sharing something on a Monday morning to make people laugh would help out. 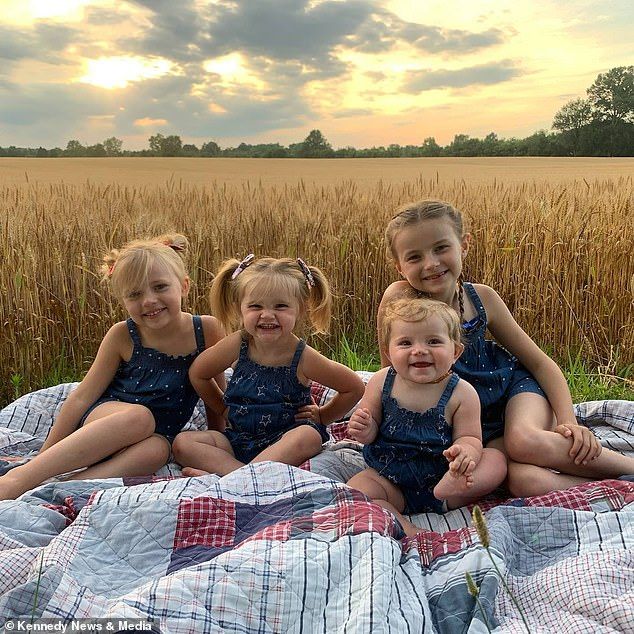 Emily was drying her hair to get ready for a house viewing on Sunday when this happened. Thankfully, her worried friend called her to warn her of the viral potential of her photos.

'I was getting ready to get started and my phone notified me someone had sent her a message on Snapchat', she explained. 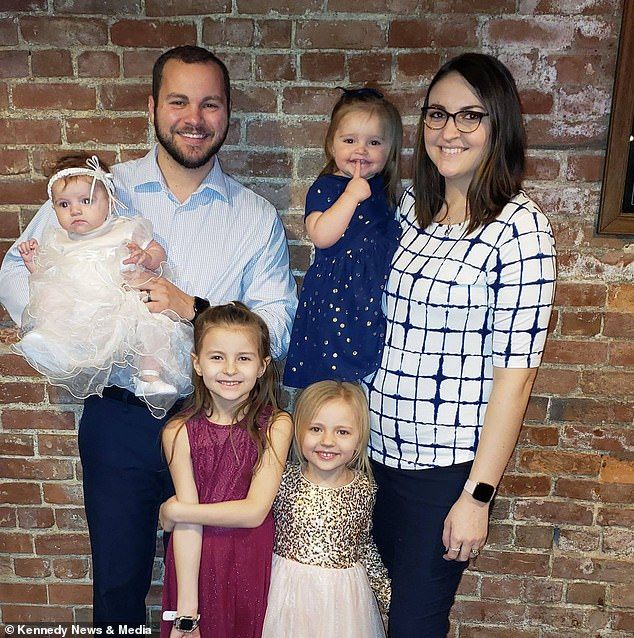 'It was actually one of my fellow agents that works with me. She just said 'thanks for the nudes'. I responded 'what?' But I just knew. I remember that morning Carsyn had my phone while I was getting ready.'

'I pulled Snapchat up to go to the sent stuff and there were probably 15 people that she had snapped that morning that I didn't. 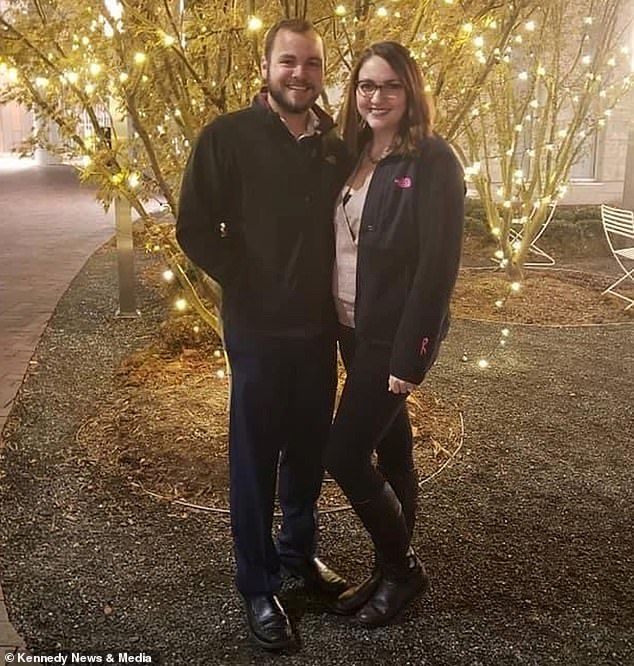 'It's gone forever. That's a small comfort after everyone seeing my butt in the morning.' 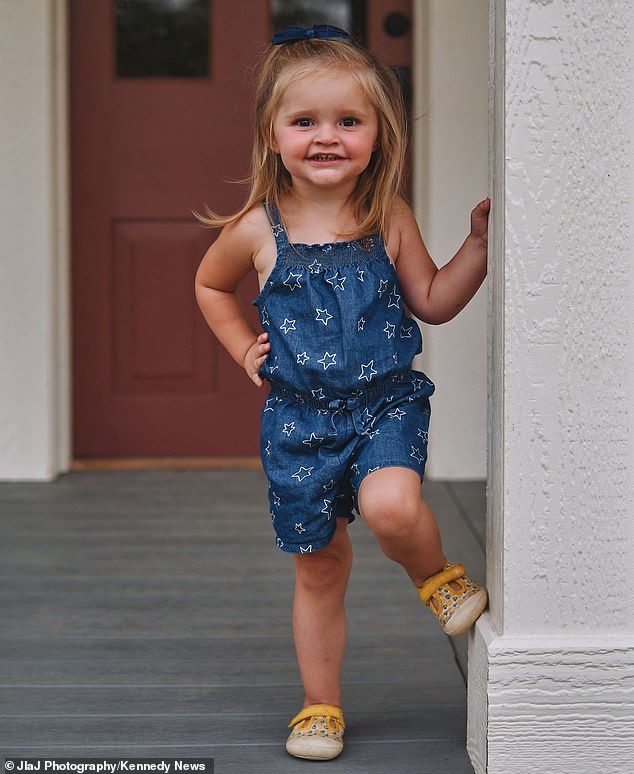 Emily shared this on her social media account where many people told her their own humiliating tales. 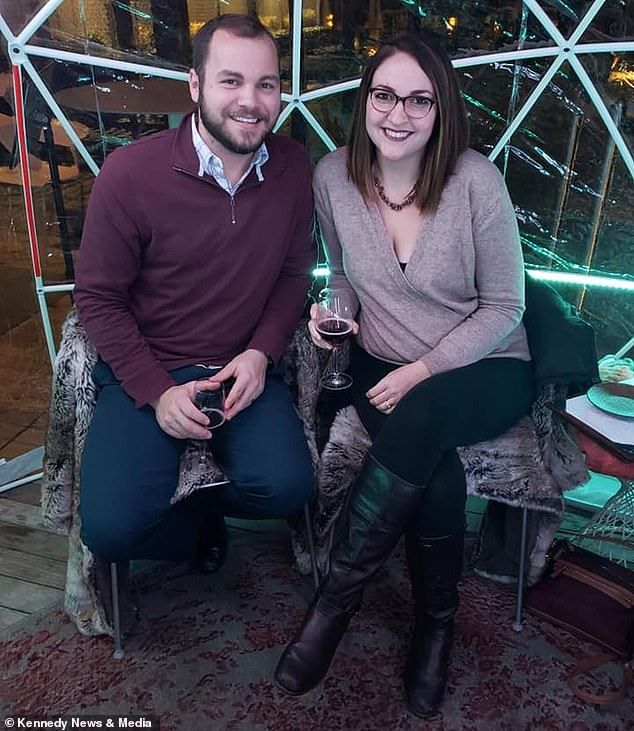 She told: 'Everybody is laughing. I immediately posted it to Snapchat just because I wanted to apologize so everyone knew what happened if they got it, 99 percent of people are bursting out laughing because they know it could happen to them.' 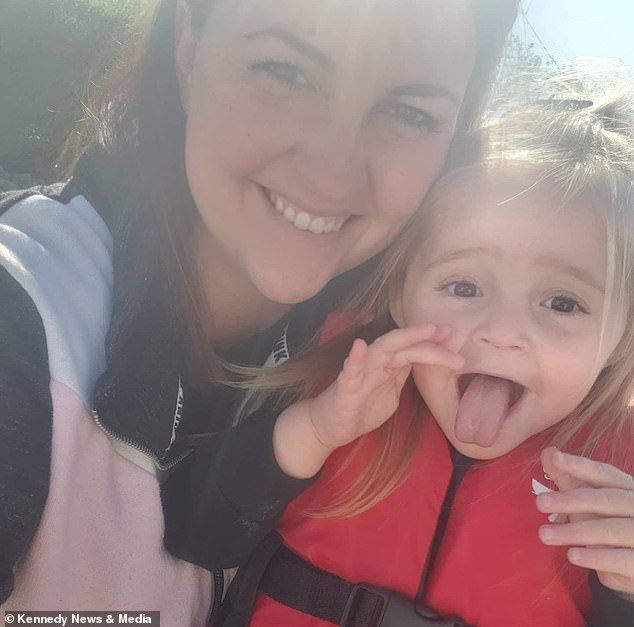 'Other people are sharing stories about how their toddler went on Facebook Live while they were naked. It's not just me.'

'When I called my husband, Derek, he burst out laughing. He said, "Only Carsyn would do this. I'm upset Carsyn didn't send it to me."' 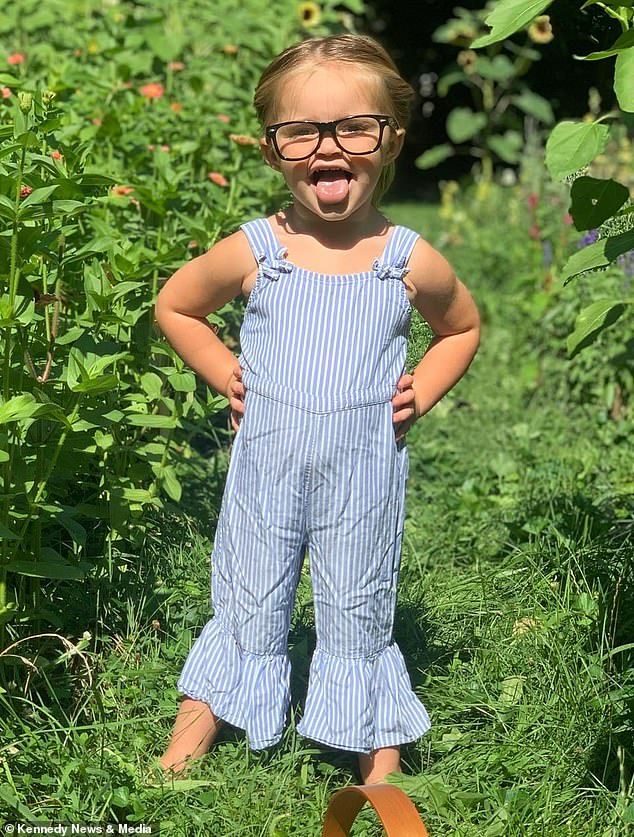