Posted by Sumaiya Ghani in News On 28th April 2021
ADVERTISEMENT

This man ended up getting himself arrested after he boasted about his involvement in the attack on US Capitol in Washington DC last year. The man thought bragging about his crimes to his match on 'Bumble' would impress her but things turned in the wrong direction for him thanks to the police who took immediate action. 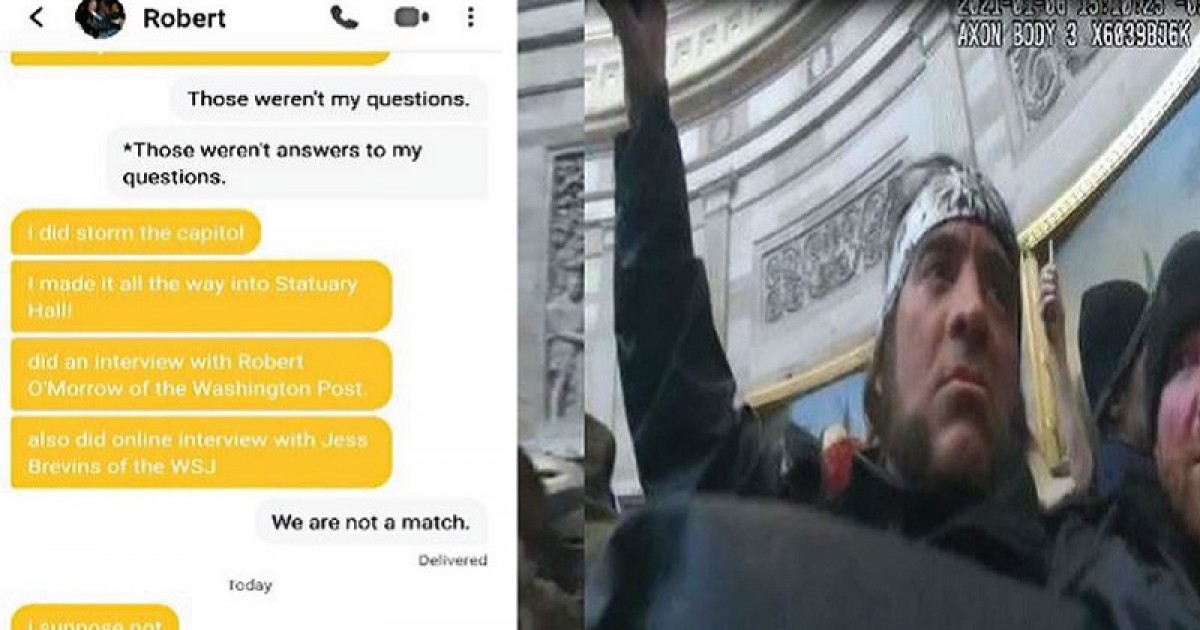 The FBI arrested a man named Robert Chapman, from New York, for being involved in attacking the capitol in Washington DC last year after Donald Trump lost the elections.

On January 6, a large numbers of supporters of Donald Trump attacked the capital to verify the victory of Joe Biden who won against Trump. 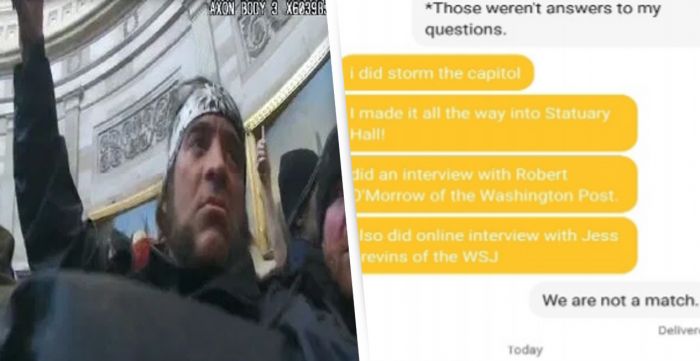 Many of Trump's supporters were arrested on the following day but many rioters very easily walked out of the building.

Hilariously, Robert Chapman was arrested more than a year later that too after boasting about his crime on the dating app Bumble.

According to the reports, Chapman revealed the details about his crime to the person he matched with on Bumble.

‘I did storm the capitol’ and that he ‘made it all the way into Statuary Hall,’ NBC New York reports. 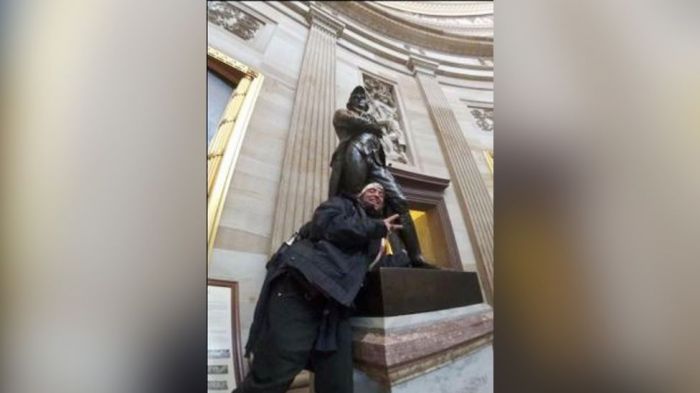 Apart from his messages, Chapman was also found in another person’s post on Facebook, where he was clearly seen inside the Capitol Building itself.

The caption of the picture said;

‘My Dear friend and Brostar Robert made it in the Capitol building at the protest yesterday ….Woo Hooooooooo!!!!’

The post had many comments under it. There was an account 'Robert Erick' but police believe it to be of Chapman’s, that commented under the post; ‘These are your peers? colleagues? they are a bunch of little b*tch trolls. keyboard warriors who don’t do a f*cking thing’.

‘The rotten apple. Gonna go down to the District of Criminality to Enjoy some much-deserved entertainment.’ 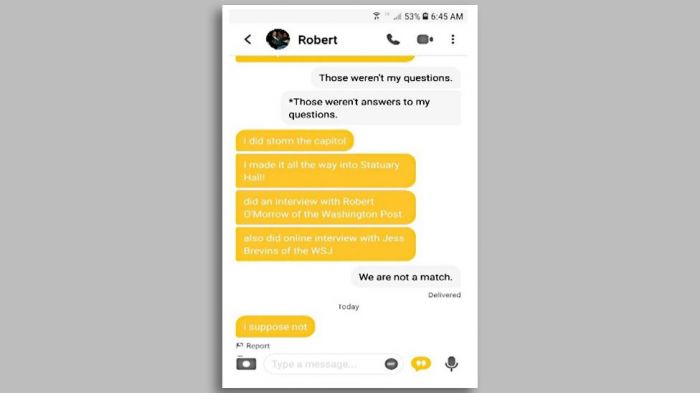 The horrible attack resulted in the death of five people and on the very next day, the same account posted more pictures of the riot

The riot resulted in the death of five people including one of the members of the capitol police. On the next day of this disaster, the same account posted a number of pictures of Chapman inside the famous Capitol building with the caption; ‘INSIDE THE CRAPITOL!!!.’

The bodycam footage owned by the police also shows him in Statuary Hall, the chamber where sculptures of prominent Americans are displayed.

According to the spokesperson for the US Attorney in the Southern District of New York, Chapman appeared in the court on April 22 where the court ordered his 'release on his own recognizance.’ 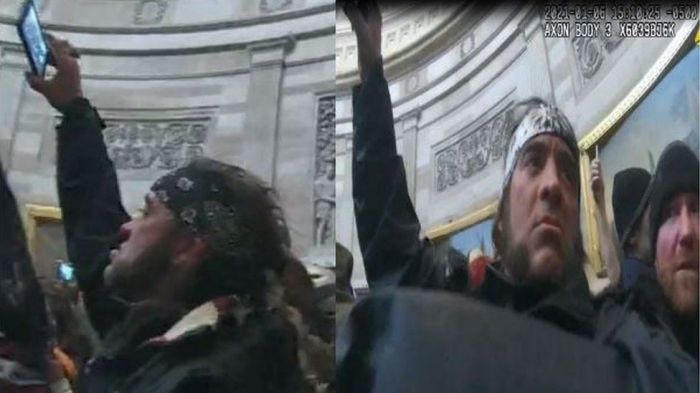