Comedian Carter Hambley got banned from the dating app Tinder after a funny misunderstanding when he was accused of catfishing by his potential matching love interest. Following the exchange, Tinder banned the man for violating their terms. Carter shared the screenshot on Twitter and his post has gone viral ever since. 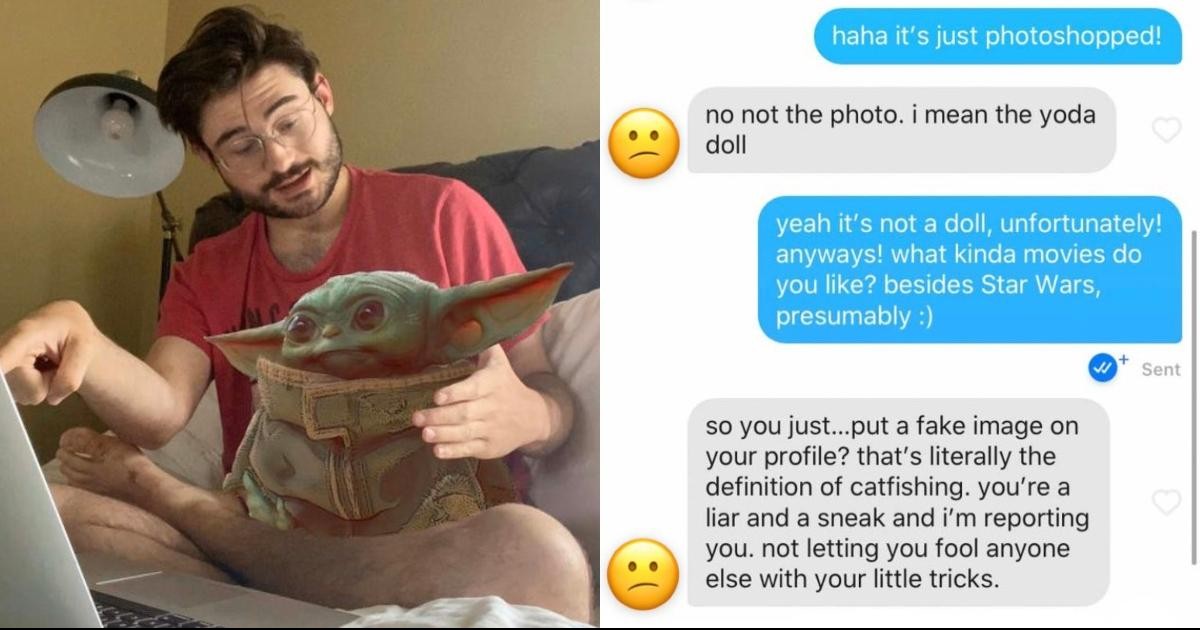 When it comes to dating apps, everyone wants to look their best.  It is all the game of bio and pictures that lands you the best response and date. One wants to look attractive but subtle too with their charisma and personality. One actually goes through all sorts of trouble to make their profiles stand out among all. This leaves us with a question of how far you are willing to go to make your profile look the best? 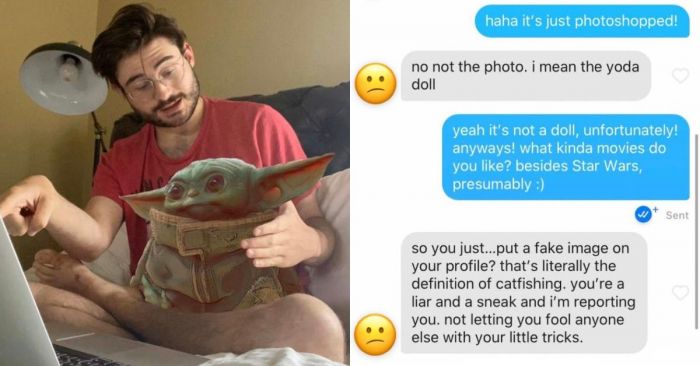 In an effort to showcase his good looks, love of Star Wars, fun personality, and photoshop skills, this lad uploaded a picture of himself pretending to hang out with everybody's favorite child, Baby Yoda.

However, after he met his love interest, things unfortunately quickly went downhill after he was accused of 'catfishing' her.

went to the art museum and it was just a bunch of mirrors on a wall. i asked them, “where’s all the art?” and they said, “look around! it’s you! you’re the art!” and i gasped and said “really?!” and they said “no idiot, this is the bathroom”

Taking to Twitter, Carter shared screenshots revealing that he had matched with a person who was interested in his "Baby Yoda doll".

The person asks Hambley: "Where did you get that Baby Yoda doll?" To which Carter replies: "Haha it's just photoshopped!"

Dumbfounded by Carter's incredible photoshop skills, the unidentified person replied: "No not the photo. I mean the Yoda doll."

Carter then responds with an attempt to move the conversation along, writing: "Yeah it's not a doll, unfortunately! Anyways! What kind of movies do you like? Besides Star Wars, presumably."

Lo and behold as things went downhill from this point onwards.

"So you just... put a fake image on your profile?" the person responded, adding: "That's literally the definition of catfishing. You're a liar and a sneak and I'm reporting you. Not letting you fool anyone else with your little tricks." 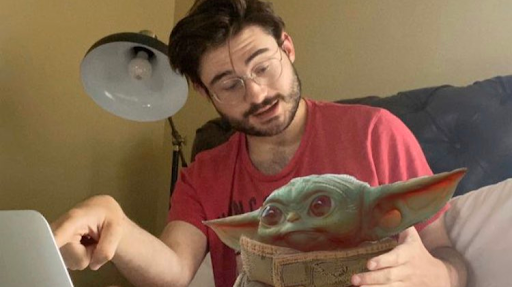 And if you were thinking if this was just some harmless conversation going on then you should know that Carter shared screenshots and indeed he was banned from the dating site on the ground they violated their terms of service.

The comedian later shared the exchange to Twitter, where he accompanied the screenshots with the caption: "god i hate this app". We feel you, bud.

As of this writing, his post has been retweeted over 143,000 times and liked by more than 1 million users.