Posted by Sama in Bizarre On 3rd September 2021
advertisement

This woman's TikTok went viral on social media and held an important message of not judging situations by physical cover only. While it is easy for people to judge on basis of the physical appearance of people's disabilities but there is a high likely chance that some disabilities are not visible to the eye for example in the case of people with heart issues and muscle diseases. This, however, in no sense means that there their disability or their pain can be undermined. Watch the video and see how the internet schools the man over his shortsightedness. 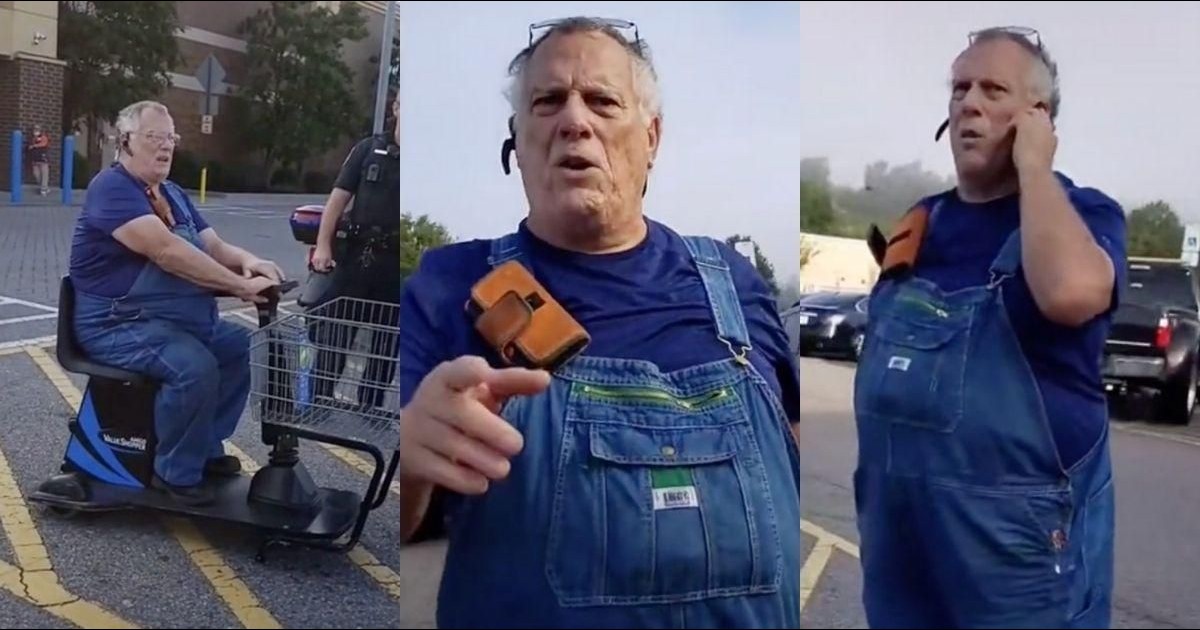 This black TikToker filmed a video where a white man is seen disregarding her struggle for parking in an accessible parking spot at Walmart because he allegedly thought she is faking her disability.

"Had my first experience with an [entitled person] this morning," wrote Angel Sims, a.k.a. @angelsims0602, in the video's text overlay.

The video clip which has gone viral on social media shows a white man in overalls attire approaching the lady and telling her off.

The man tells her just because she had an accessible parking sticker indicating she was disabled "doesn't mean [she's] right."

Actually, the parking lot was not even full and he could easily occupy other space but he decided to be a bully and harass Sims based on his limited assessment of her abilities.

While filming the whole situation, Sims tells of man, pointing out that he does not know about her disability:

"You don't know what's going on with me, either. Mind your business."

The rude man then threatens to call the police:

"Get 'em out here. 'Cause y'all need to learn how to mind your own business."

"You're in my business."

Apparently, the bully does not stop here and he calls the police as the next part of the video shows the man sitting on his electric cart and talking to one of the officers, one of whom told the man nothing could be done because Sims was parked legally.

"That's fine, as long as that person is handicapped."

The video then ends with the man moving away in his cart while an officer is seen just shaking his head.

This incident is an important reminder that not all disabilities are visible. People's definition of disability is limited to a physical disability only while there are many medical conditions that limit the movement of people and cause disability to them while they may appear perfectly fine physically so it is important to just be kind.