Man Casually Strolls Past House As It Collapses To The Ground

Posted by Abdul Rafay in Bizarre On 2nd June 2021
ADVERTISEMENT

Footage captured by a doorbell camera on a residential street in Christchurch, Dorset. It shows the brick wall swaying in strong winds before crashing down on the road. The man hesitated for a little period before continuing on his way. The partially collapsed building is located in Hyde Mews in Christchurch, Dorset, according to the BBC. 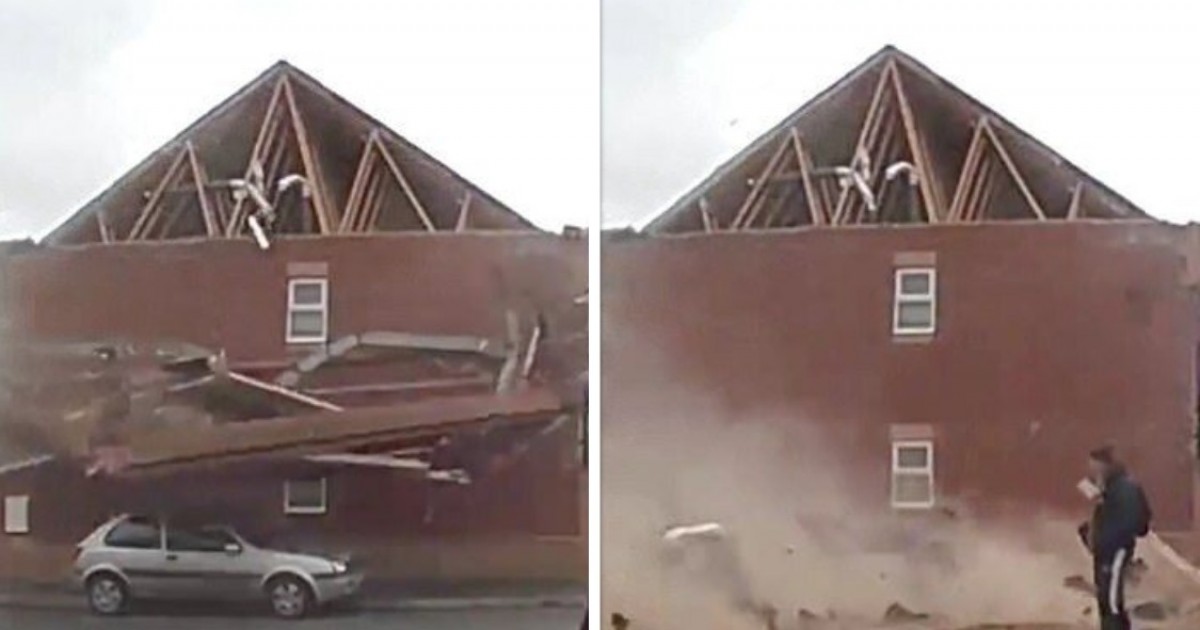 A viral video captures the moment a house's gable collapsed onto a street, while a passer-by casually walks by.

According to the news outlet, a car was 'badly damaged' in the incident.

The anonymous man, on the other hand, was thankfully unharmed as he passed, simply stepping to the side to avoid the falling rubble. 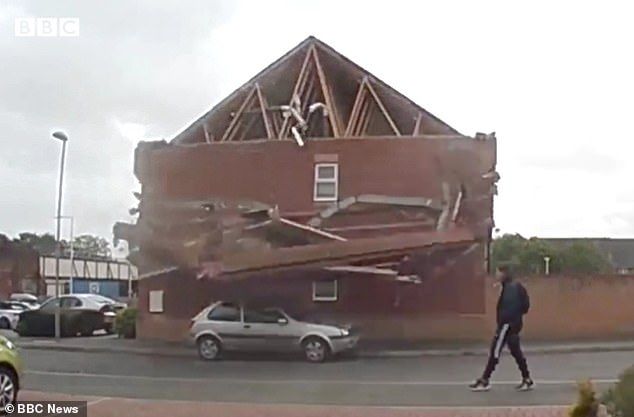 One fire engine was dispatched to the address to deal with an "unsafe structure," according to Dorset and Wiltshire Fire and Rescue Service.

It also stated that no one was hurt in the incident.

A spokesperson said: "We have one fire engine in attendance at an address in Hyde Mews dealing with an unsafe structure.” 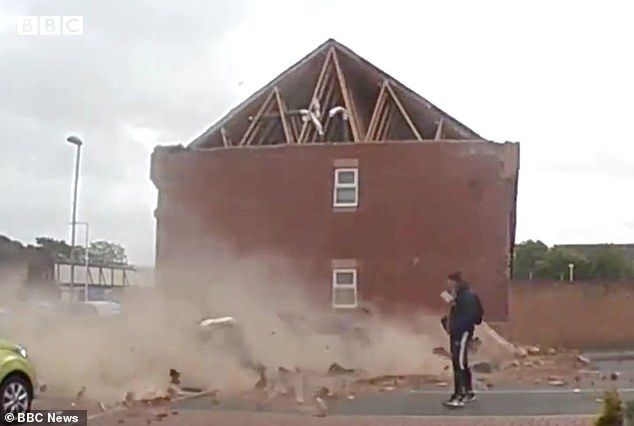 "The gable end of a property has fallen onto a vehicle and is unsafe.”

"The road has been closed until the crew has made the property and area safe.”

"No casualties have been reported and we are currently working with a structural engineer who is assisting us." 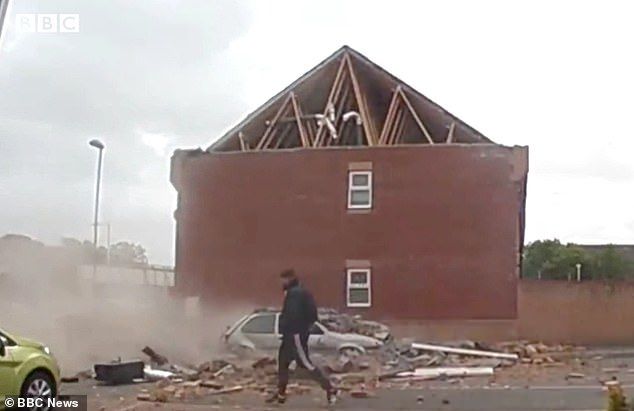 On May 21, the video clip was captured by a doorbell camera and shows a man walking down a residential street in windy conditions, with a tree in the foreground swaying wildly.

As he approaches the house, the building's gable begins to collapse, sending bricks and other debris crashing to the ground.

Unfazed, he slows down slightly and takes a step to the left to avoid the rubble before continuing on his way.

The car parked in the street beneath the house, on the other hand, did not escape the devastation, as it was partially buried beneath a pile of bricks.

"I aspire to give as little f***s as this guy," the Archbishop of Canterbury Instagram page captioned the video.

Many people who commented on the post pointed out that there wasn't much else the man could have done besides walk past.

One said: "Not much he can do about it like."

Someone else agreed: "Hardly about to rebuild it is he."

Someone another praised the fortitude of the small tree in the foreground, which remained standing despite the wind.

"That little tree put that brickwork to shame," they said.