Posted by Sama in Confessions On 15th November 2021

This man's confession of him swapping his wife's cat to a more well-mannered one six years ago has sparked an interesting discussion on this Reddit thread. Many people call the post fake and relate it to a Seinfield episode while others call the whole scenario to be impossible for a true animal lover while few people who believe this post to be true, call out the man for his actions and advice him to never let the cat out of the bag if doesn't want to have a divorce. 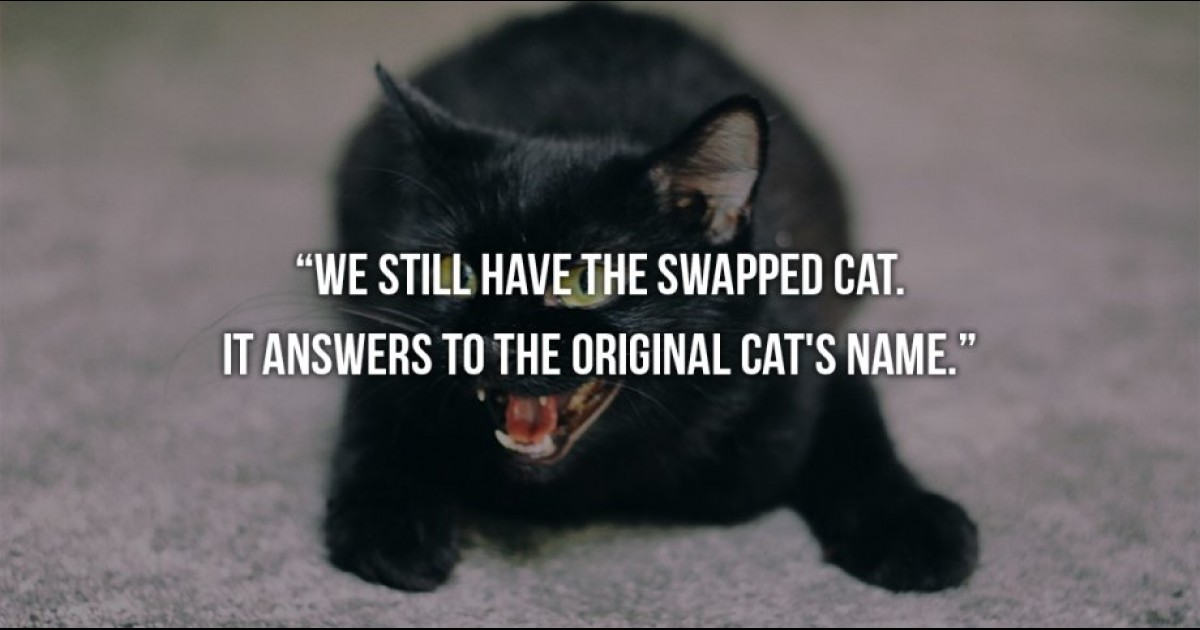 This man had a rather unique confession to make and he shared that some six years back he swapped his wife's cat without her noticing and now he continues to live with the guilt every day.

Taking to Reddit's confession page, the man admitted that he committed the act of subterfuge because the original cat was “aggressive” and unfriendly, but he lives with the guilt every day.

He said: “Six years ago, I swapped my then-girlfriend now-wife’s cat with a more well-behaved lookalike. 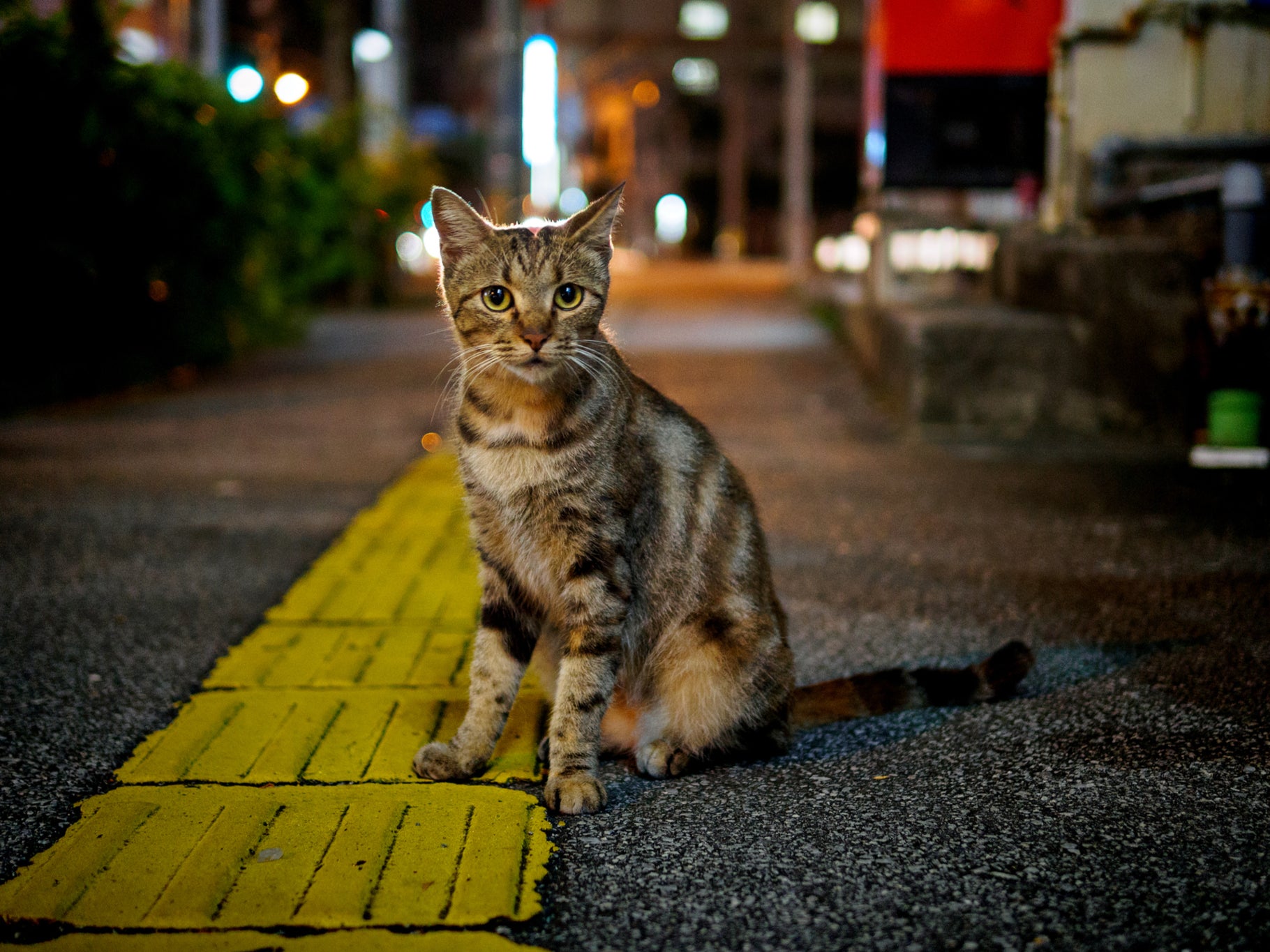 “She had an all black cat that was extremely aggressive. It scratched everyone, hissed at everyone, and didn’t use its litter box half the time. My wife insisted she could get it to behave better.”

Safe to say, she couldn’t. The man added: “One week she went out of town to visit her family and I was supposed to go to her apartment and feed it.

The first night I went over, it scratched the shit out of my arm. I joked to the cat that it’s not special and I’ll replace it if it scratches again. The joke stuck with me until I had thought about it enough that it wasn’t a joke. 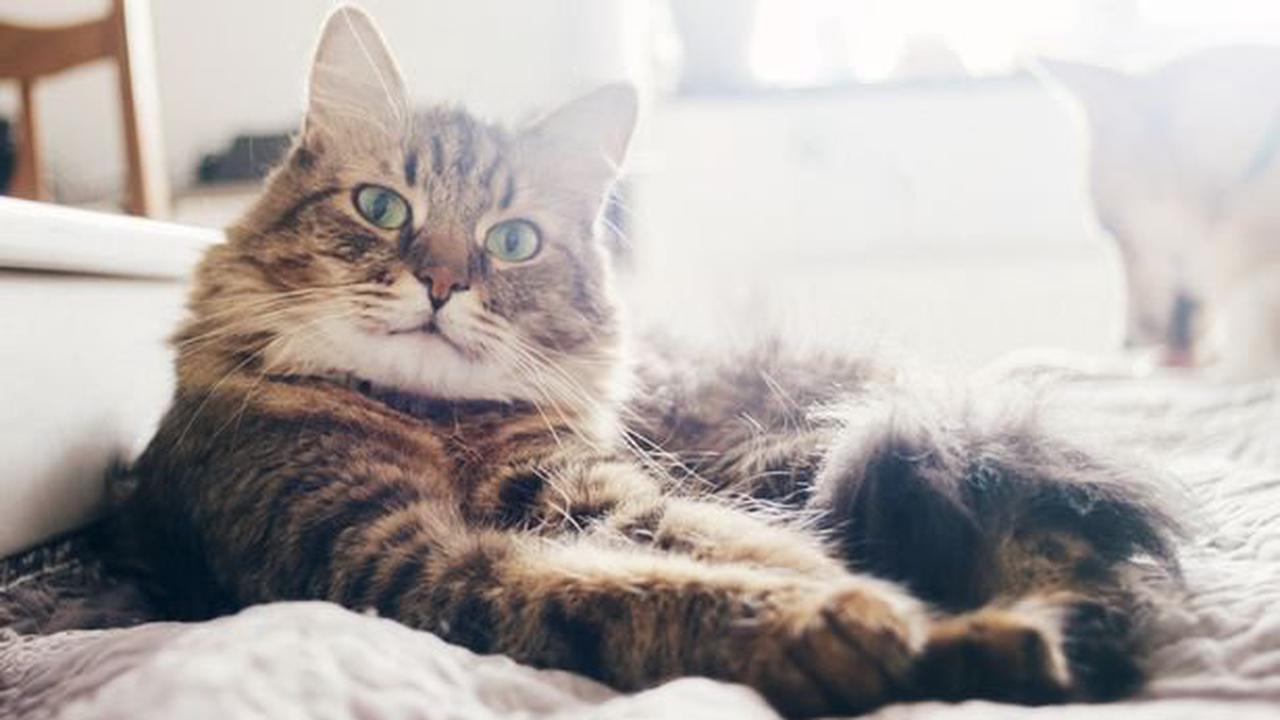 “The next morning I went to the local animal shelter. Found an identical cat who was already litterbox trained and acclimated to people, but was a little skittish (it’s old owner died of a heart attack and the animal shelter people said they think that’s why it was skittish).

“But overall, it was a lot friendlier and better behaved, and the skittishness would help it resemble the original cat. 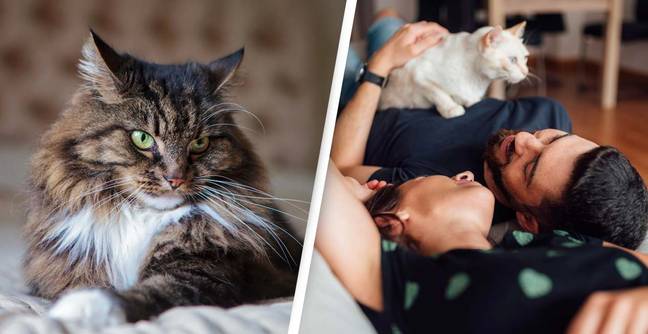 “So I adopted it, took it to my wife’s apartment, settled it in, then drove her original cat to an animal shelter a town over (I was paranoid my wife would find out if I took it to a local one).

“It’s been 6 years since then. We got married 4 years ago. We still have the swapped cat. It answers to the original cat’s name. My wife knows nothing. She loves this cat and brags about how much better behaved it is. Everytime I see it, I feel like a total piece of s**t. 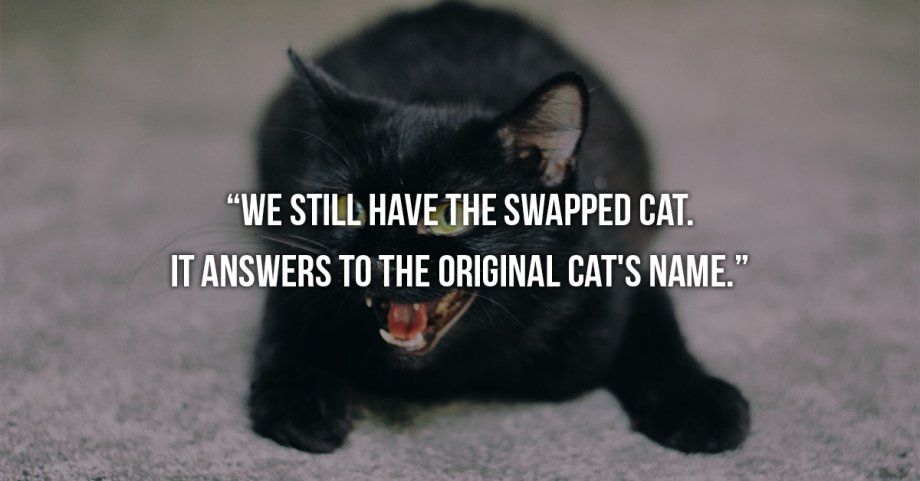 This is how the Internet reacted

Many on the Internet didn't buy the story and called it a made-up. Many resembled it to an episode of Seinfield while others simply called it absurd.

Few pointed that it is impossible to switch a pet and not notice because every animal is different.

As one commented: “This is some Seinfeld tier shenanigans right here.”

However, some said that if the post is true then OP is actually a terrible man, to begin with.

One person said: “You don’t get to give away someone’s pet to a shelter, without informing them”.

Another said: “I would absolutely be considering divorce if I ever found this out.”

Many told him that if he wants to continue his married life then he should never share this secret with his wife.