Posted by Samantha in Life Style On 19th January 2023
advertisement 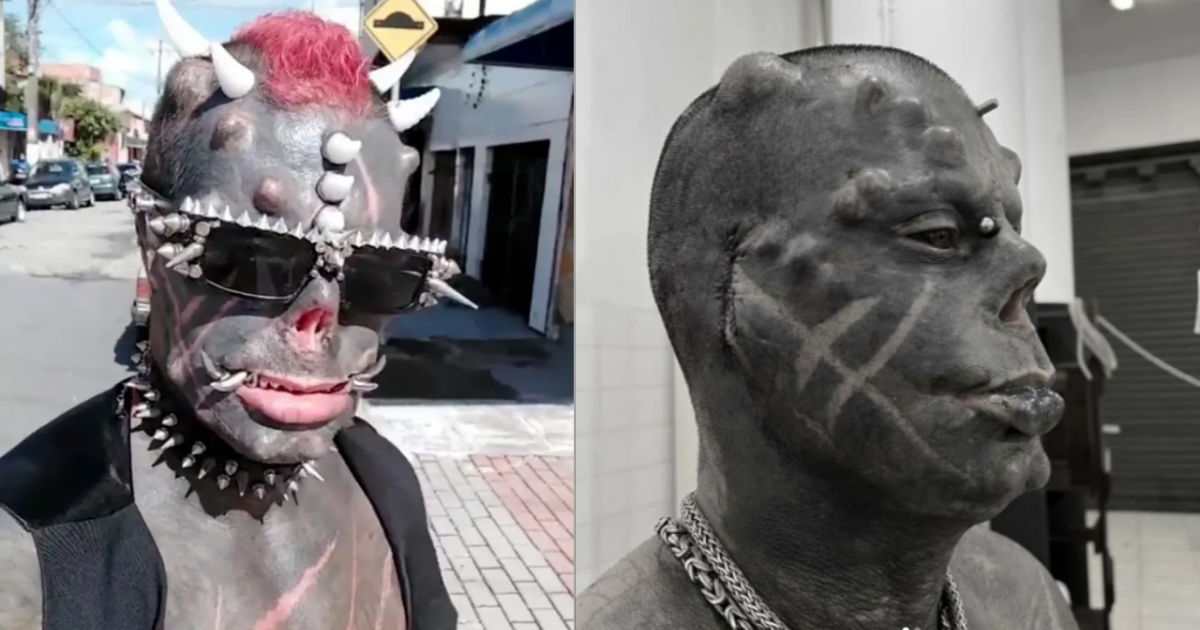 Tattoo artist Michel Praddo is known as the 'Human Satan.' The man now hopes on winning the Guinness World Record as he has become the "person with the most head modifications".

Praddo is well known for his drastic implants and surgery that included the removal of his ears and the transformation of one of his hands into a "claw" when he stitched his index and middle fingers together.

Michel, who had the ring finger of his left hand removed in 2021, said: "What struck me the most in 2022 was the unification of my fingers." 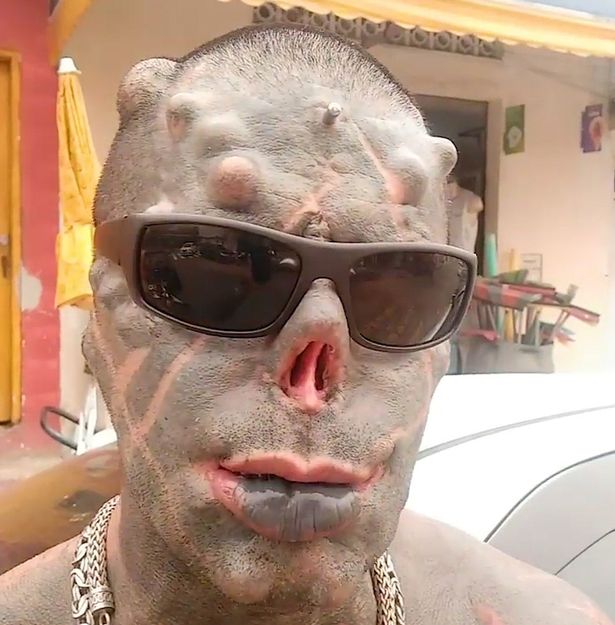 He revealed that before stitching his digits together, he first taped them up to get used to his new "claw".

He continued: "I really wanted to mess with my hand.

"It was something that hadn't been done yet, so there were a lot of expectations. I really liked the result. 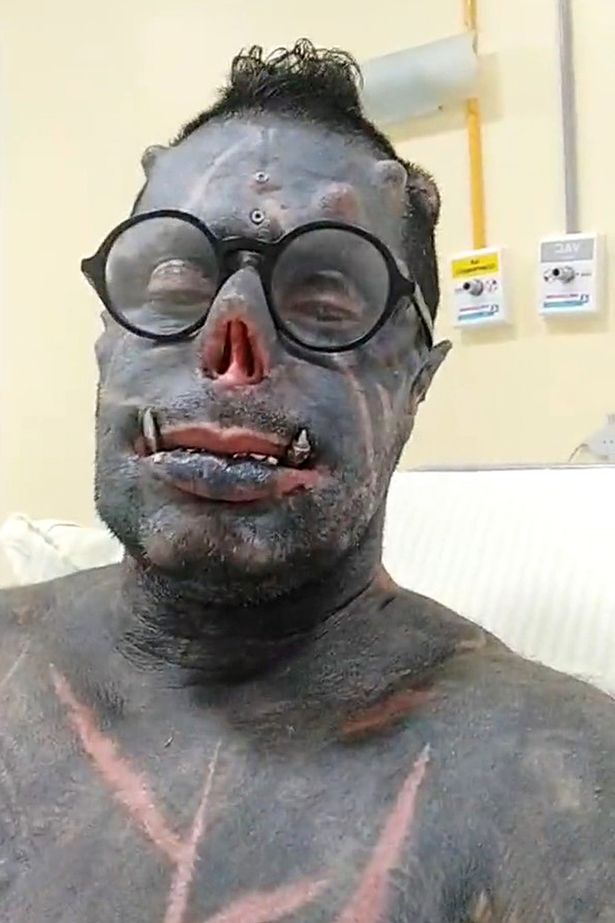 "On the penultimate weekend of the year, I placed more than 10 silicone implants in my head, some of them under my eyes, to look like a skull."

He also confirmed he's been asked to take part in a TV programme in Italy this month (January) to compete for the Guinness World Record for "person with the most head modifications". 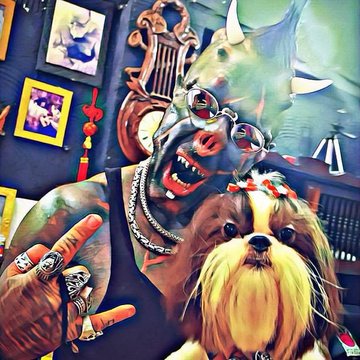 Michel, who has been filmed eating his own sliced-off nipple, said: "Guinness is one of my dreams.

"This is the TV show, not the book, but it can open doors.

"Being there means the realisation of this project of mine. 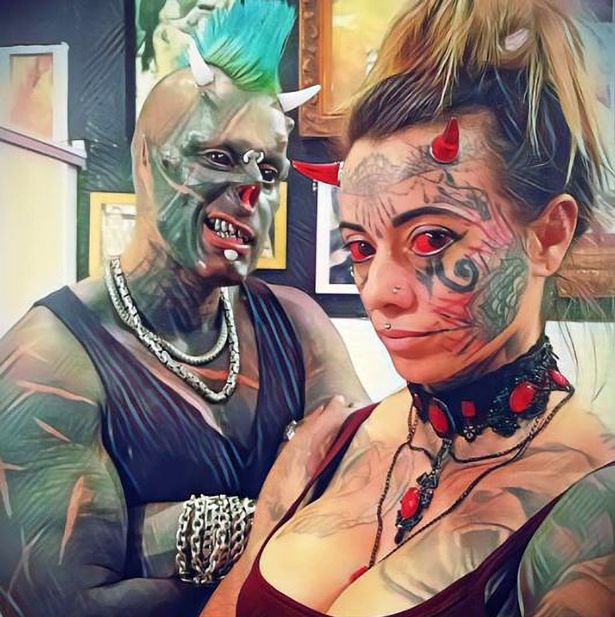 Michel, 47, is married to Carol Praddo, who is known by many as "Mulher Demonia" or "Demon Woman".

The couple has been together for 10 years and began undergoing extreme body modifications about 4 years ago.

He's confessed he's now undergone more than 60 modifications, and more than 80% of his body has been tattooed.

His ultimate goal is to win the Guinness World Record, and become the "most modified man in the world".