Man Is Shocked To See Racist Billboard On Highway

Posted by in News On 25th August 2021
ADVERTISEMENT

This man took a wrong turn and was shocked to see a blatantly racist billboard clear for the world to see. The messages read, “white is beautiful” and “white matters” 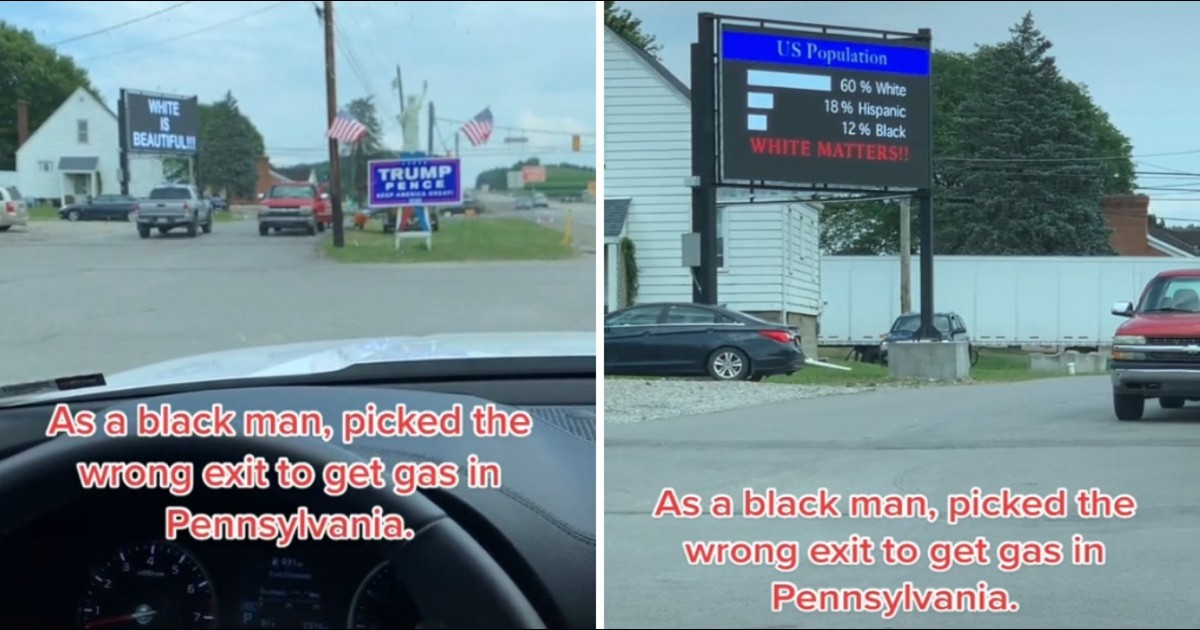 When TikTok user @Icecreamlando took a wrong turn one day, he didn’t know just how wrong of a place he would be turning into.

After stopping for gas in a town that he was unfamiliar with, he was shocked to see this billboard which blinked messages such as “white is beautiful” and “white matters”.

He immediately uploaded the video to TikTok where it has since gone viral. The caption of his video read, “As a black man, picked the wrong exist [sic] to get gas in Pennsylvania.” 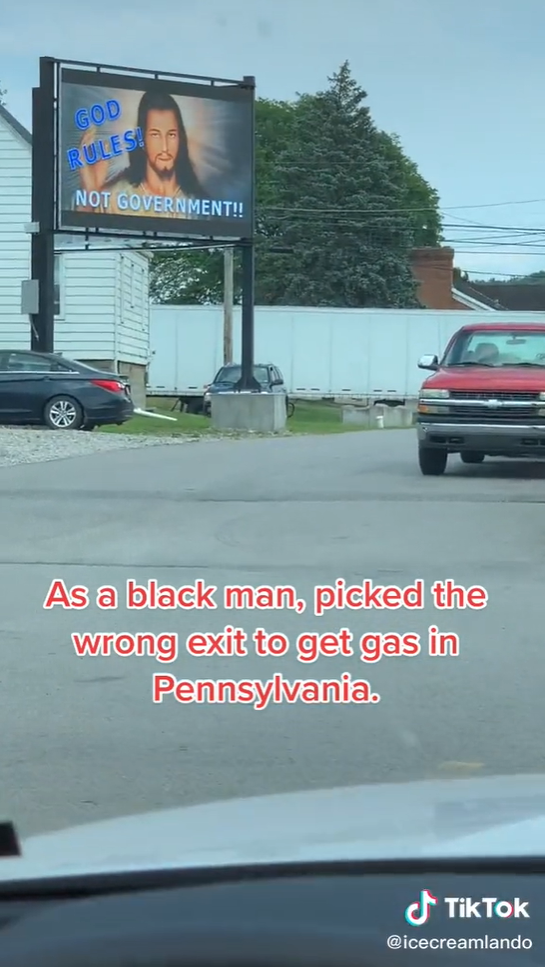 In addition to this billboard, one can see pro-Trump/Pence signs in the vicinity. Other white supremacist slogans can be seen around the place as well including, “God Bless America” and “God Bless Not Government.” People are also being told to avoid using social media and placing blame on the Biden administration. 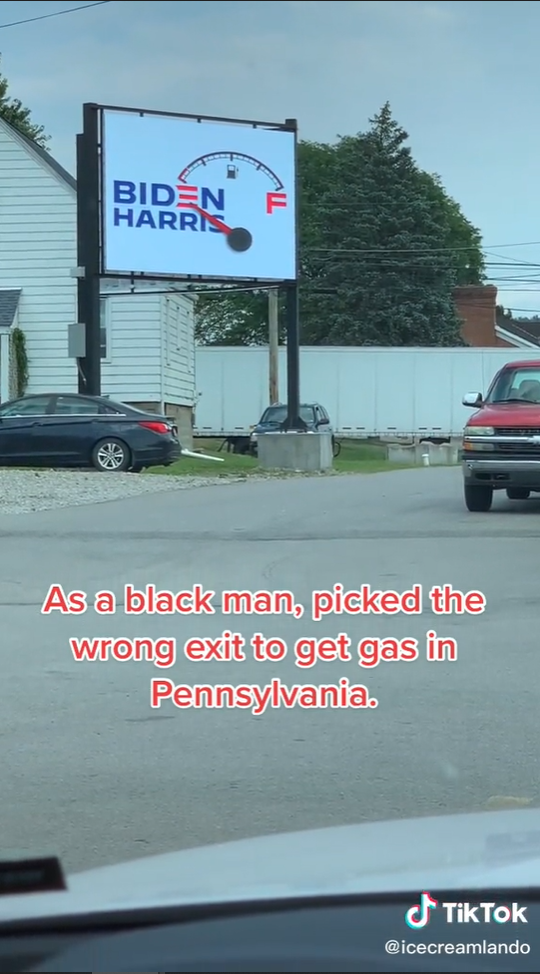 Another symbol that the flag sports is the ‘thin blue line’ flag which is toted by supremacists and pro-police brutality groups. The final slide of the digital billboard shows the three ‘founding fathers’ with “white history matters” written over it. 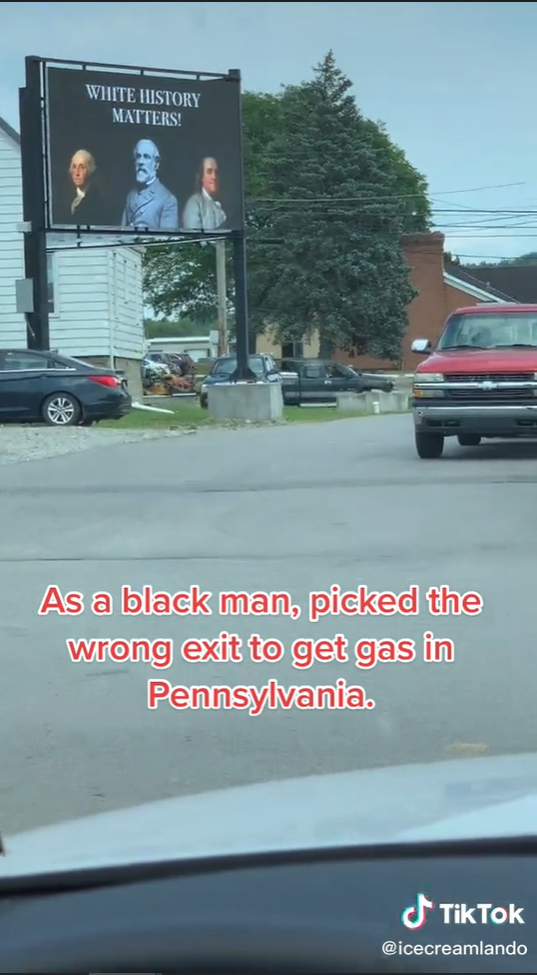 This particular billboard however has always been controversial in the area, with activists trying to have it taken down on multiple occasions. 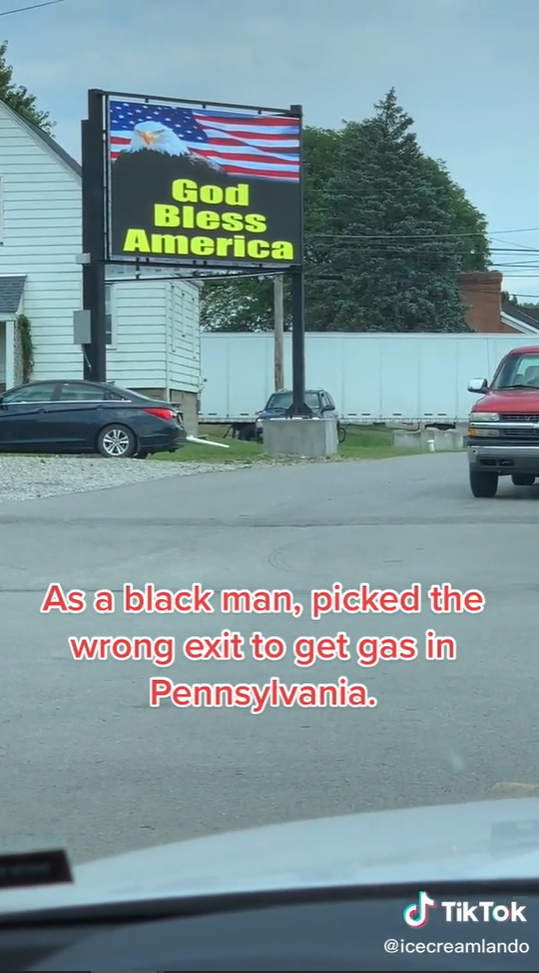 The gas station near the billboard also dissociated itself from the messaging saying,

“At Sunoco, we believe racism and bias in any form are simply unacceptable. These offensive billboards are unacceptable and do not represent our values and beliefs in any way.” 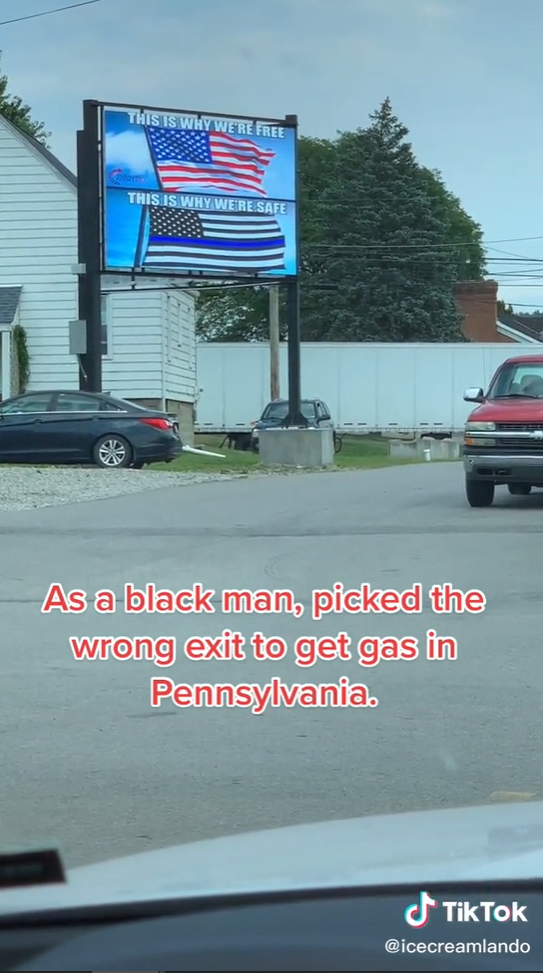 In a follow-up video, he addressed things that commenters pointed out.

“You know, it was a very uncomfortable feeling standing there. It made all the hair on my arms kind of raise up when I saw that sign, and it just wasn’t fun, and I don’t recommend anybody have to ever feel the way that makes you feel.”

“And for all the people that said I’m not really Black, surprise!” 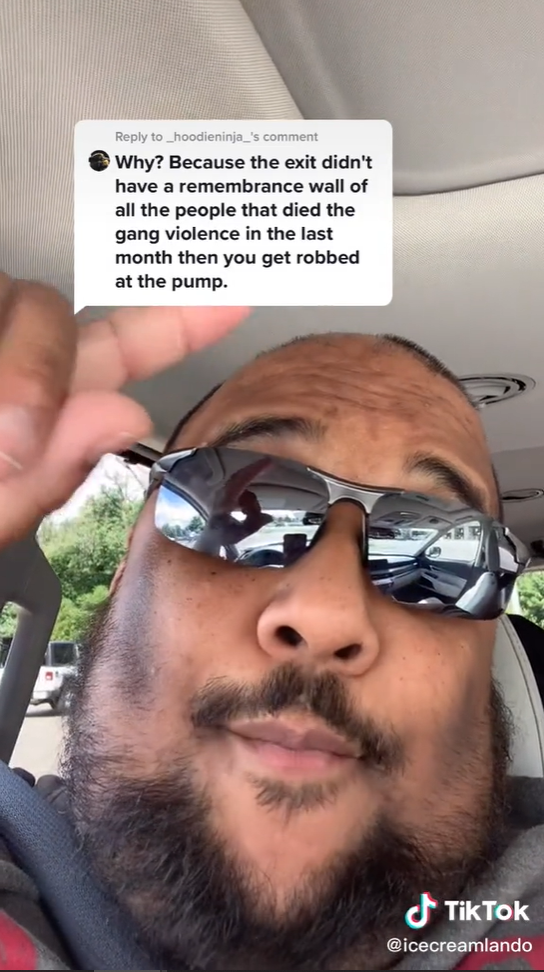 People on Twitter were shocked and intimated that this was indicative of a deeper problem in the country.

Another commenter said the same thing.

"I keep trying to explain to people that we've made 0% progress on race in Amerikkka since 1865.  Y'all just been duped.."

I keep trying to explain to people that we've made 0% progress on race in Amerikkka since 1865. Y'all just been duped..

One person who lives near the area confirmed that the billboard was not an anomaly and that people in the area did think that way.

"JFC I live not far north and can confirm you're not wrong. I'm embarrassed by my neighbors. It's fucking gross."

JFC I live not far north and can confirm you're not wrong. I'm embarrassed by my neighbors. It's fucking gross.