Posted by Sumaiya Ghani in Relationships On 29th September 2020
ADVERTISEMENT

Everybody tries to make their lover feel extra special while proposing and to remember that moment forever. That is exactly what this couple hoped for as well, and their moment became unforgettable too but in a way they never imagined. 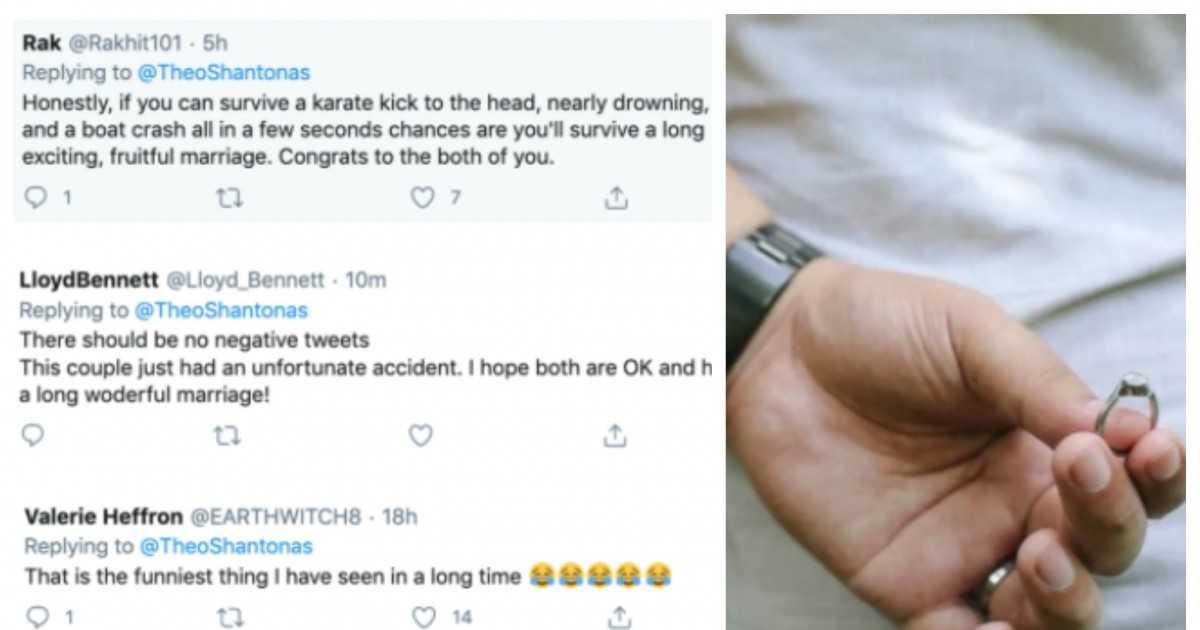 Recently, a video went viral in which a guy was proposing to his girlfriend on a beautiful evening. The video was first shared by Twitter user Theo Shantonas in which a guy and a girl both were seen riding a boat of their own. Then the guy's boat came near the girl's and he started showing an engagement ring to the girl.

The woman was totally surprised and it looked like she said yes to her boyfriend when he popped the question.

The emotional couple then embraced each other and that is when things went wrong.

What happened was that the boat rocked slightly when the bride-to-be accidentally nudged her boat's throttle in her excitement, knocking her over and sending her husband-to-be into the water.

#3 People couldn't stop themselves from commenting on the video

The video went viral and people found it really funny, many commented under the video to express their reaction.

One of them wrote;

"Honestly, if you can survive a karate kick to the head, nearly drowning, and a boat crash all in a few seconds chances are you'll survive a long, exciting, fruitful marriage. Congrats to the both of you."

Thankfully everyone is okay & she said YES! 👏

According to Fox News, it's not confirmed if Theo himself recorded the video or he received it.  He later posted a follow-up tweet where he asked his followers to stop posting negative comments. He also informed that the lady said YES!

One thing is sure, this couple wouldn't be forgetting this moment and will be laughing at it over the dinner table with family some years later. 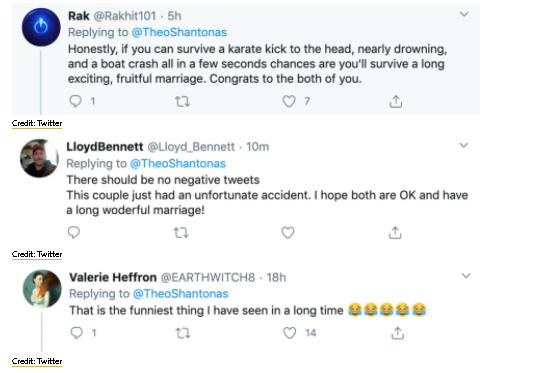