Posted by Abdul Rafay in Bizarre On 26th June 2022
advertisement

As people waited to catch an Easyjet aircraft to Alicante at Bristol Airport, shocking footage has emerged showing a man attacking two airport workers. In his haste to take out the two check-in employees, the attacker ran over the lady he was traveling with. 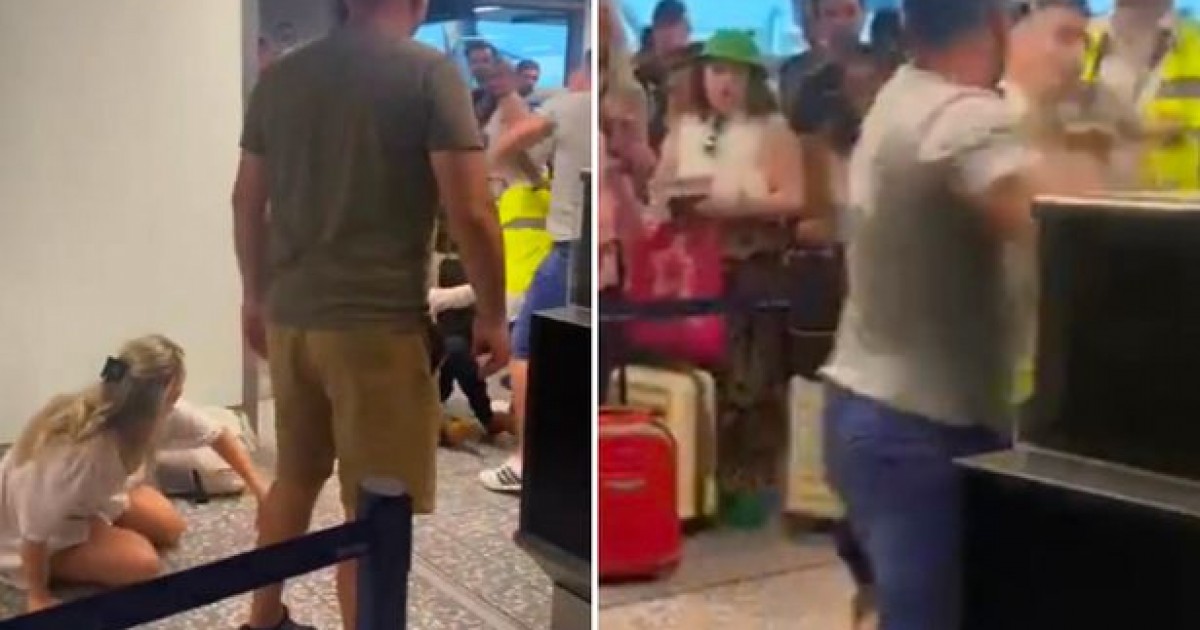 In his eagerness to assault the two check-in staff workers, the attacker knocked over the lady he was traveling with.

Scuffles have broken out at many British airports as a result of passengers' frayed tempers due to airline chaos.

It’s not known what ignited this most recent fight. The man's female companion initially appeared to be losing her cool with an EasyJet employee, gesturing wildly and shouting at him. 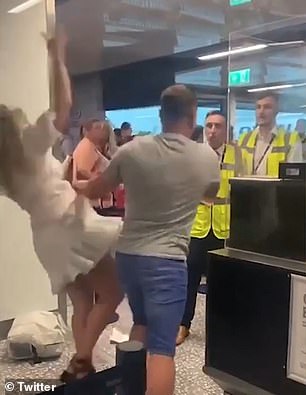 The young lady, who is said to be his girlfriend, gets knocked to the ground as the male charges at the check-in desk. After yelling at the airport employee, he makes an effort to reason with another employee.

Even when the violent confrontation is over, the female passenger continues to shove and push the two airport employees while yelling obscenities at them whenever one of them tries to hand her bag back.

The aggressor proudly declares to the airport staff, "I dropped all of youse," in the meantime. 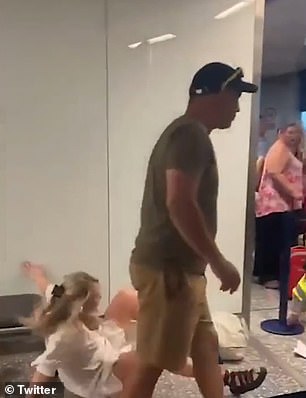 Steve Rich, who witnessed the altercation, told Bristol Live: "All of a sudden the passenger just threw a fist over one of the guy's shoulders, and just caught the security guard on the mouth." 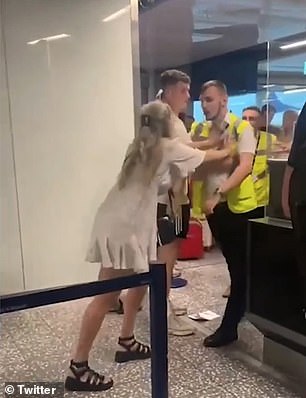 “Whilst such incidents are rare, we take them very seriously and will fully support any police investigation.”

A spokesperson for Avon and Somerset Police said: “At around 9.30 pm on Friday (17 June), officers based at Bristol Airport responded to a report that members of security staff had been assaulted after two people were stopped from boarding a flight, due to being intoxicated.”

“A 39-year-old man and a 37-year-old woman were arrested on suspicion of assault. They were both interviewed and given conditional cautions.”

The episode is strangely similar to a terrible incident that happened at a United Airlines check-in desk at Newark Liberty International Airport in the US and resulted in a violent fight between a customer and airline workers.