Posted by Sama in Bizarre On 12th May 2021
ADVERTISEMENT

A terrifying incident has left the internet reeling with shock after pictures from China go viral where due to strong winds a glass bridge crashed, leaving one tourist left dangling 330ft mid-air. The man was rescued by the collective efforts of tourism workers, police, and firefighters and was immediately shifted to the hospital to help him get psychological counseling to overcome the traumatizing incident. 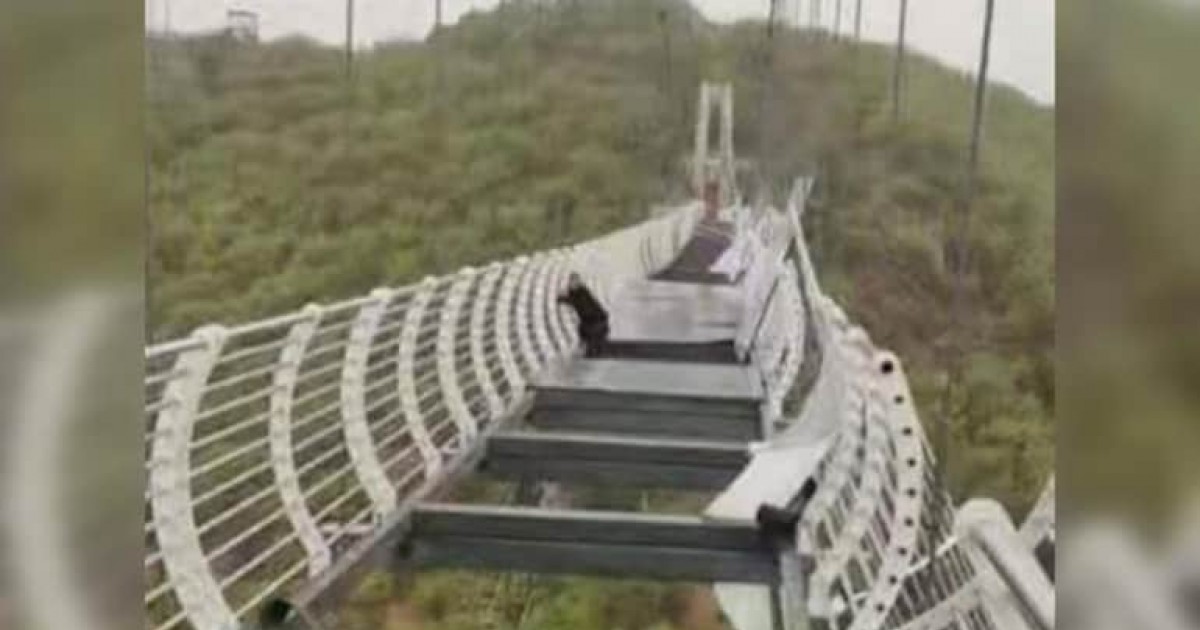 A bizarre incident in China has left the internet in shock after pictures showing a terrified tourist holding on for dear life when the glass panels of the bridge he was walking on were damaged in high winds.

As per CNN, the terrifying pictures were taken which showed a helpless man clinging man to the sides of the bridge, which spans two peaks of the Piyan Mountain range in the city of Longjing in China. 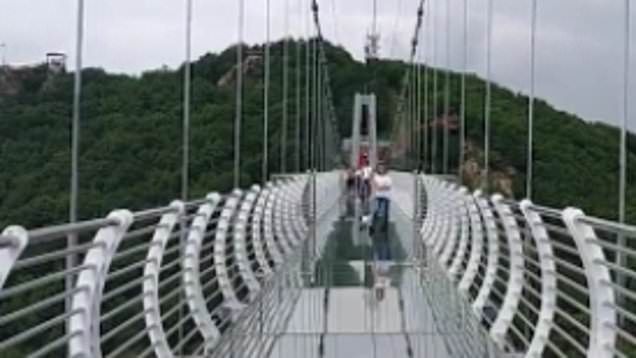 The poor man who must have been traumatized for life has not been identified yet and according to the BBC News the man was trying to cross the bridge during gale force winds that reached up to 150km/h (90 mph). 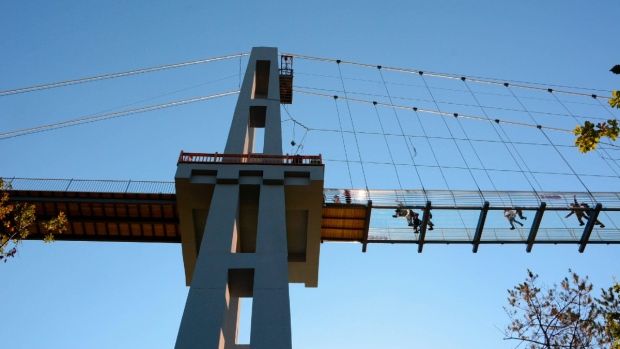 As the wind speeds increased, at approximately 12:45 PM, the panels of the bridge's walkway were blown away, leaving the man hanging over a dizzying chasm with a 330-foot drop.

According to The New York Post, it was about 30 minutes later that the man was able to crawl back to safety with the help of tourism workers, firefighters, and police. 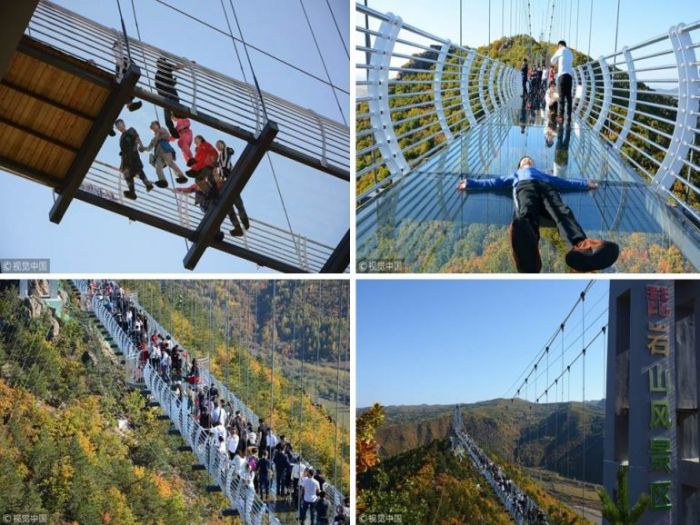 The man was immediately shifted to the hospital where he received psychological counseling to help him overcome the traumatizing ordeal.

Per The Post, a tourism official later claimed in an official statement: "The staff of the scenic area rushed to the scene as soon as possible, brought emergency equipment, and successfully transferred the trapped person to a safe area.

"There were no casualties. After being kept in the hospital for observation, the trapped person was in a stable emotional and physical condition and has been discharged from the hospital." 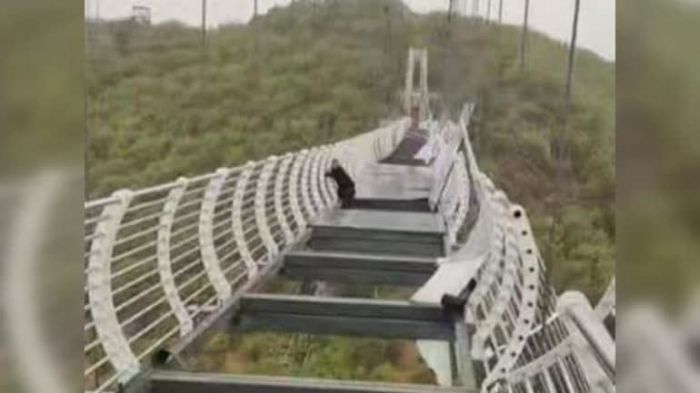 According to CNN, images of the terrifying incident were posted by Chinese state media Xinhua on popular Chinese social media site Weibo and since then it has been viewed more than a million times.

According to the Strait Times, since 2016 there have been 60 glass bridges built across the country. These bridges are built with the purpose of providing additional thrill to the tourists when visiting popular tourist sites. However, we do wonder how thrilled that poor tourist must be feeling after the glass beneath his feet crashed leaving him dangling mid-air? 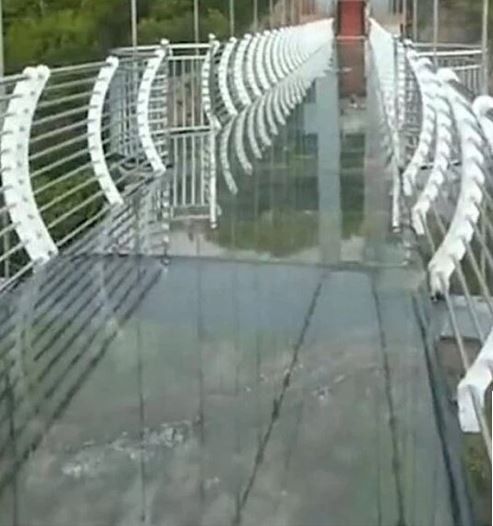 For the past few years and after this disturbing incident, a number of local governments have established new safety guidelines for similar bridges.

Back in 2018 the Hebei Province, which boasts a 488-meter-long glass bridge of its own, released a number of new technical standards and regulations covering the design, construction, and maintenance of walkways in the area.

On Friday, this man was left hanging on for dear life 100 m (330 ft) from the ground, after strong winds shattered the glass bridge built into the Piyan Mountain in Longjing, #China 🇨🇳 #TravelNews #visitChina #travelandhome pic.twitter.com/MwWJgYhu7q