A man being called ableist and homophobic was recorded screaming slurs at a fellow gym-goer that was recording his workout while shirtless. 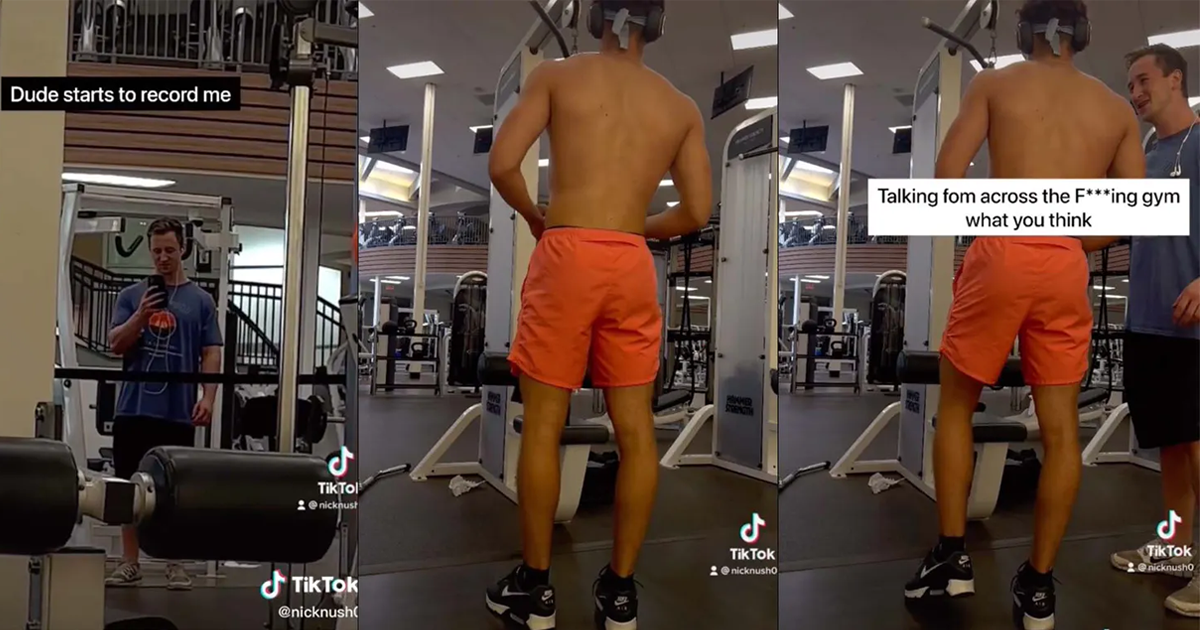 Going to the gym can be a stressful experience in itself. For those that love the grind, tracking your progress and seeing what form works is an important part of getting fit.

This is what TikToker Nick Nush was doing when he was approached by an unnecessarily aggressive man while he was working out. 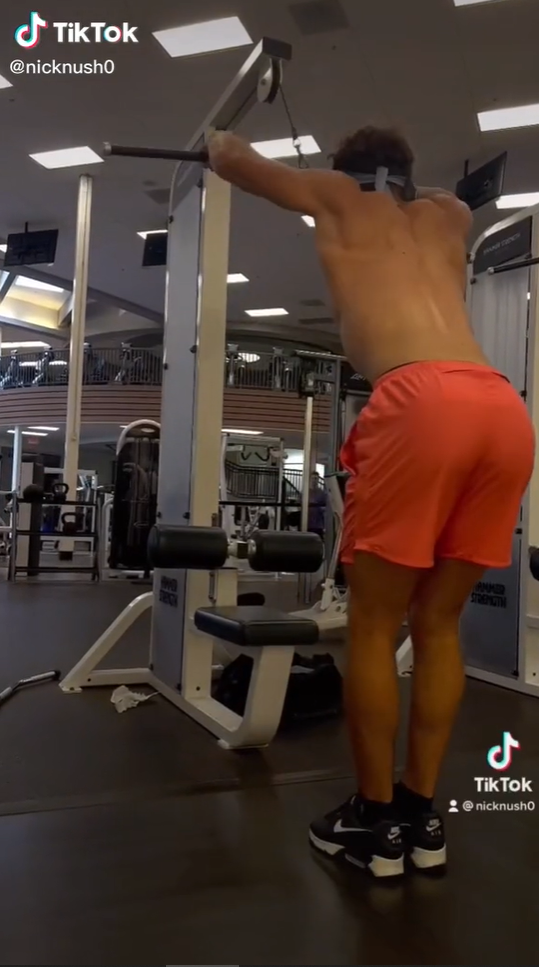 Before even approaching Nick, he seemed to be recording him from a distance. 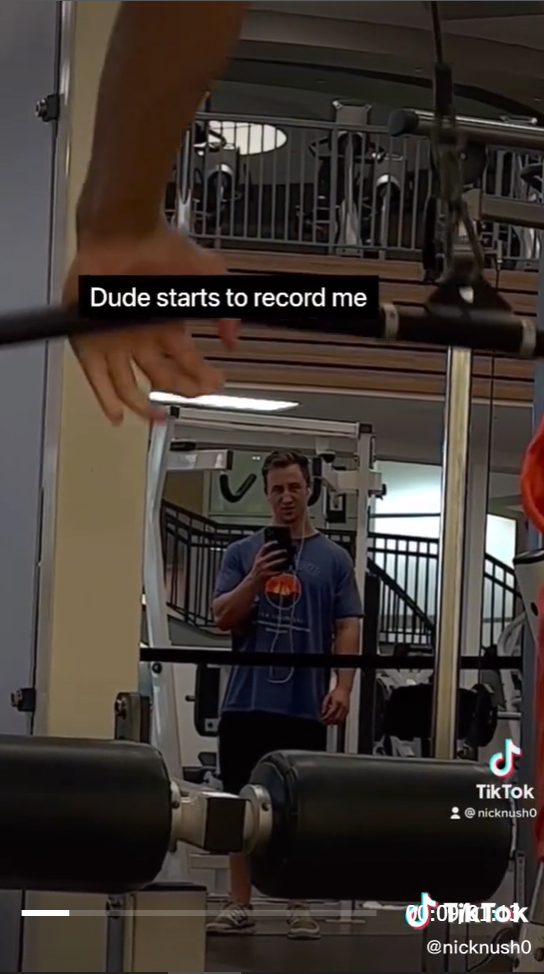 This is when Nick called him out and he started talking back.

The man seemed to be angry even before he approached Nick can be heard saying, “You’re shirtless in the f*cking gym, r***ard” 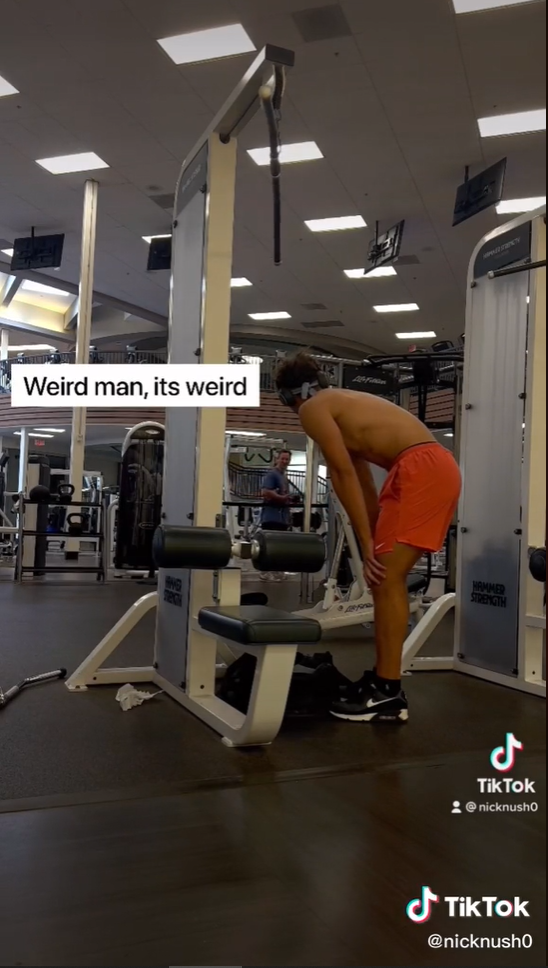 Nick then explains that he was recording a video of his back. The man then gets up close and personal to Nick and repeatedly says “F*ck you.” 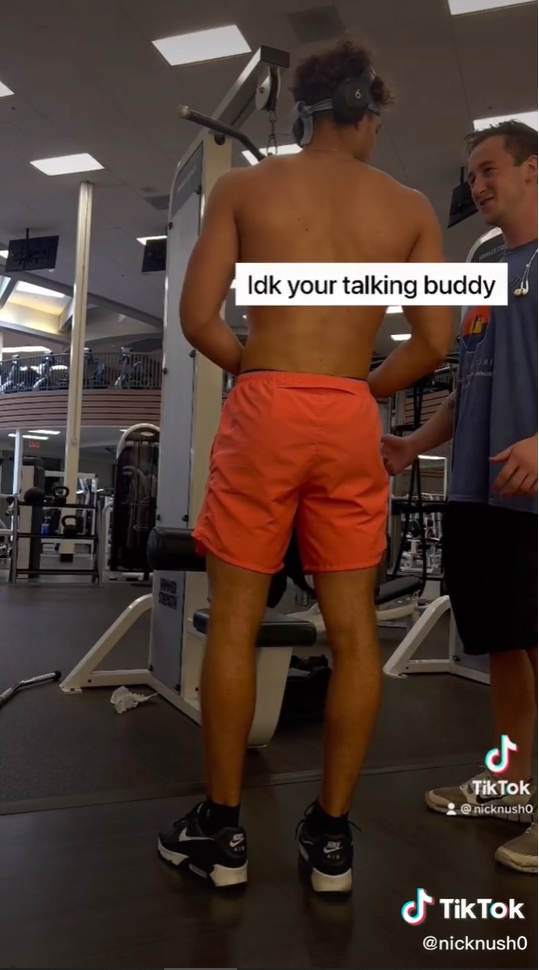 He also threatens Nick with physical harm before leaving him.

Nush’s voice can be heard in the voice-over saying, “I don’t even know this dude and I’m confused as hell what’s going on. He continues to stare at me, flip me off, and mouth things at me.” 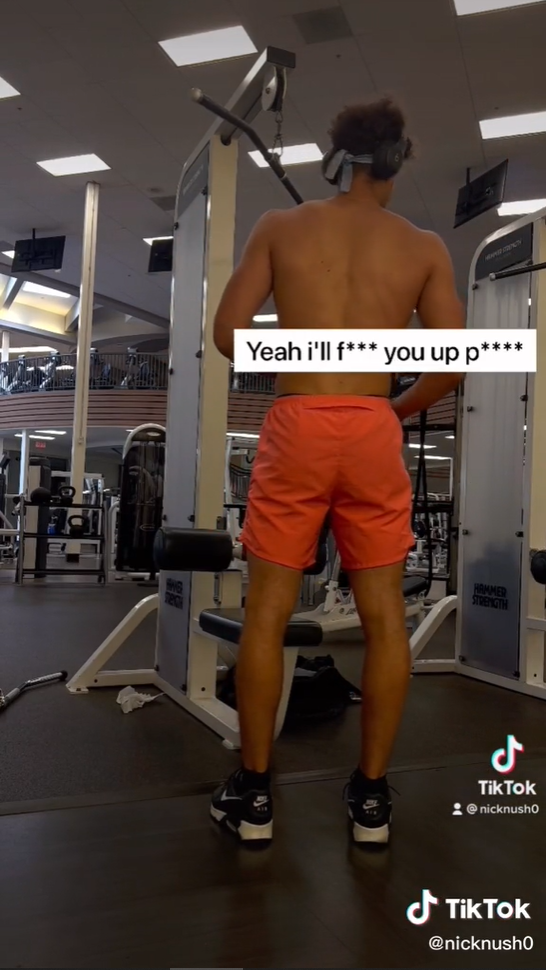 Nush said that he hadn’t had any interaction with the man prior to or after the incident in the video and was still confused as to why it occurred in the first place.

“I didn’t know what to do because I’ve never thought someone would act like this in the gym,”

He also added in the comments that getting into a physical altercation with this man wouldn't have been worth it.

He also said that he didn't want to suffer from the consequences of someone else's actions.

Commenters started speculating whether the man was attracted to Nick and didn't like the thought.

While people said that wearing a shirt at the gym was the proper etiquette, there was no reason to approach him this aggressively.

One user claimed to be his classmate in high school and claimed that he had been expelled for similar and 'scarier' behaviour.