Posted by Sama in Fails On 21st July 2021
ADVERTISEMENT

Watch this clip of a proposal going terribly wrong where a man is left behind sitting on one knee in front of hundreds of people at a baseball game while his girlfriend is seen running away from the proposal. Watch the video and read how the internet reacted to this disastrous proposal ending. 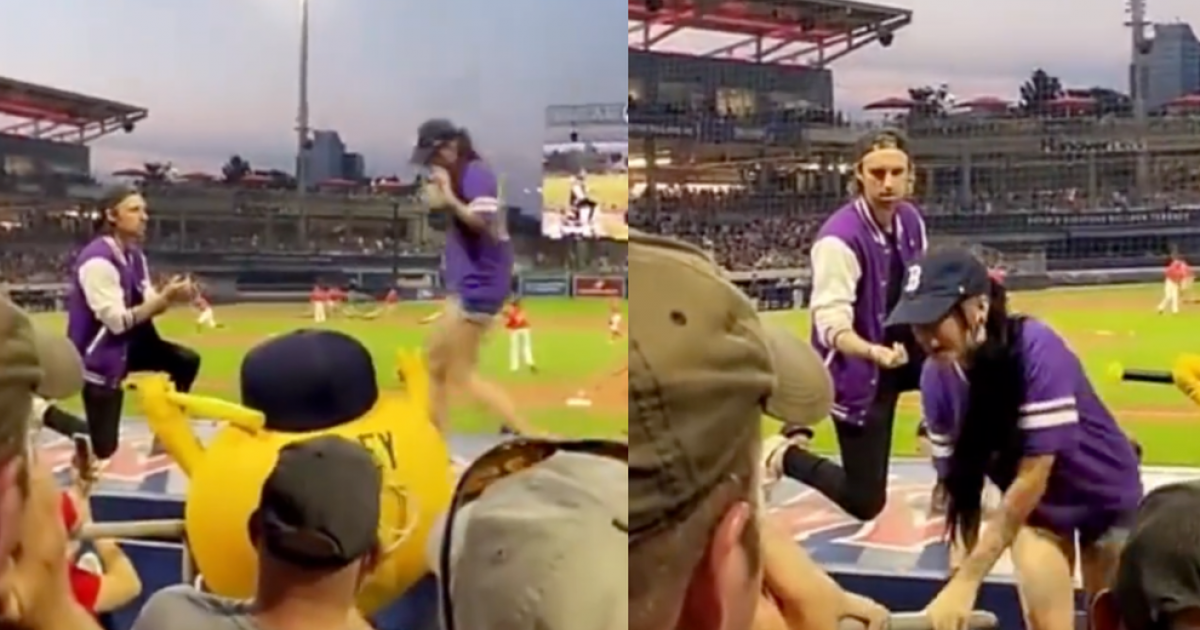 Every person experiences those one or two moments of life where they are terribly embarrassed by some life event happening and the remembrance of that event, no matter how much time passes, makes them go through the embarrassing feeling all over again.

However, since every person has different experiences so every person's definition of an embarrassing situation is also quite different. But imagine this man's position where he proposed to his girlfriend in front of hundreds of people at a jam-packed baseball game in Massachusetts, only for the girl to run away in complete panic and confusion. 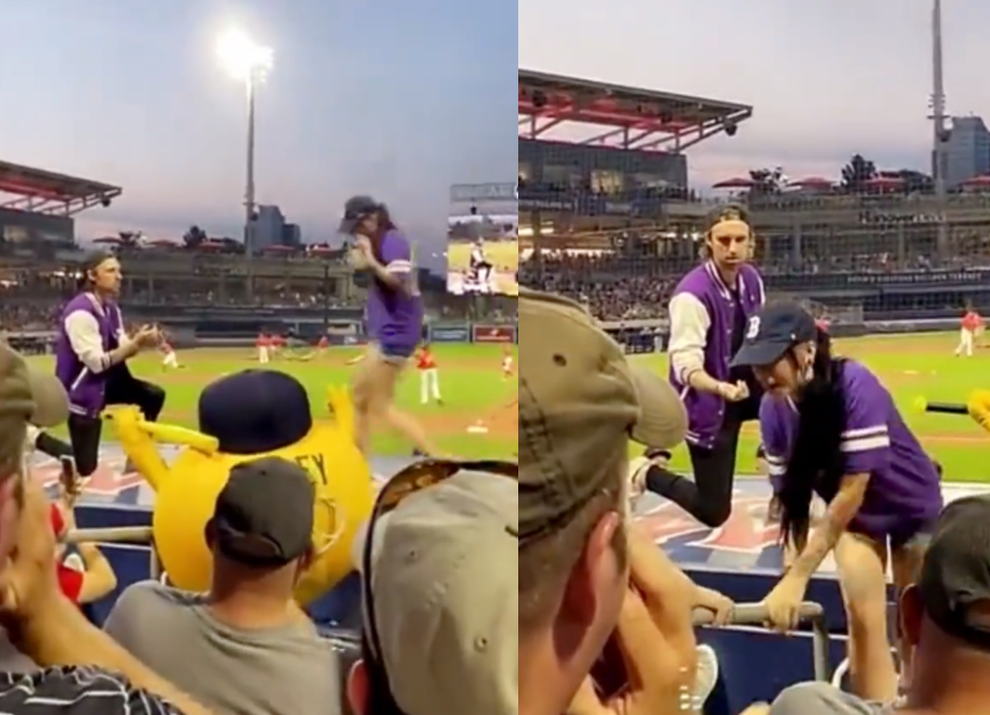 A viral video has emerged from a minor league game at Polar Park on Thursday night, home of the Worcester Red Sox that have left the internet and people in general wondering whether proposing in front of a crowd at a packed stadium is a good idea or not?

The video shows a couple standing in front of the crowd with the man getting down on one knee to pop the big question to his girlfriend. However, with the girl going in panic mode, it was quite evident that she was not ready for the commitment and was soon seen running away while the man sitting on his knee looked around dumbfounded. 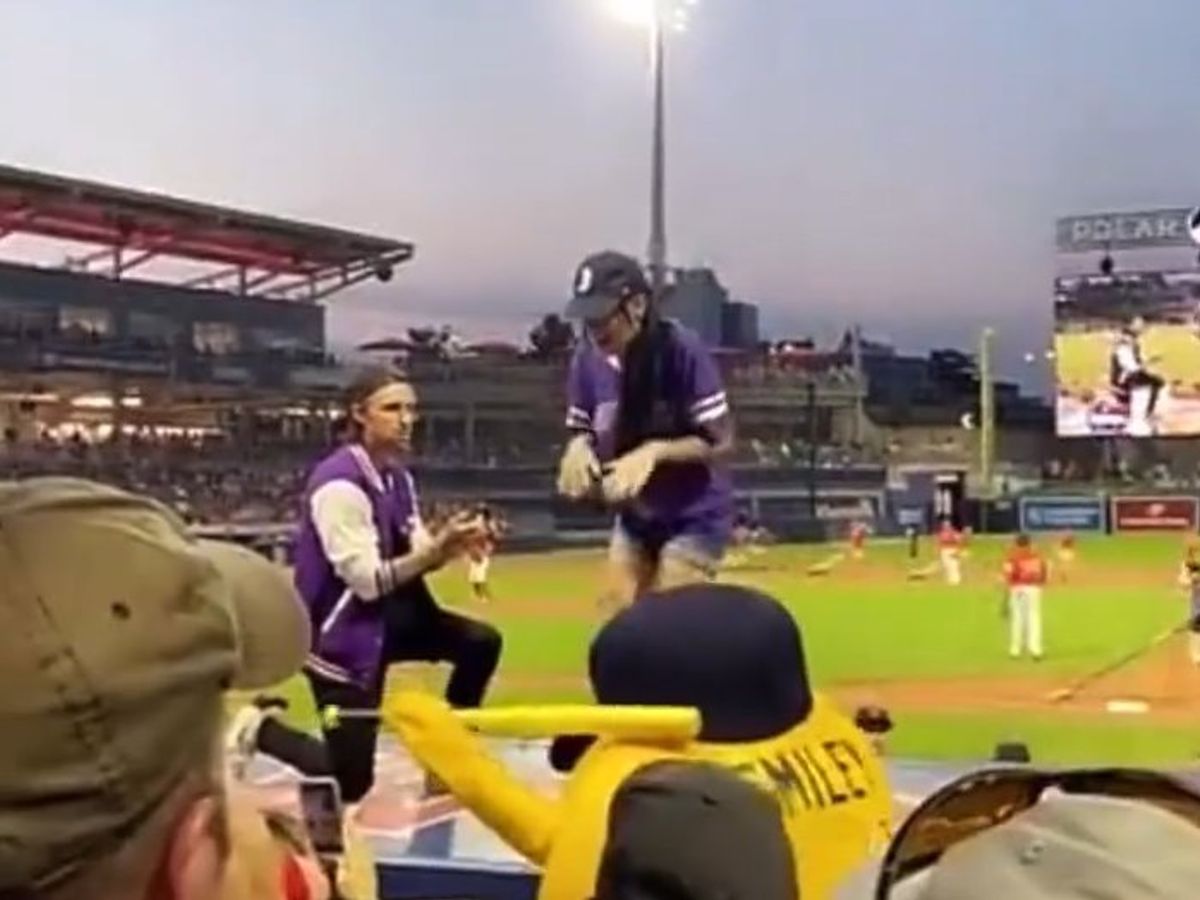 The video posted on various social media platforms has gone viral with people shocked at what they saw.

The video is trending on the internet with the title 'proposal gone wrong.'

Ohhhhhh no. We just had an attempted ballpark proposal with a hard no ending in the girl running away 🙈

The video has also sparked a debate with few claiming that the setup looks staged while others pointing out that the situation looks too real to look fake.

In fact, the video posted on youtube also claims it was “very real.”

Here’s the link to the WooSox proposal gone wrong.

I feel you but I want to believeeeee 😂 also looked better from the press box I will admit https://t.co/YzPg3M5pJ4

Just popping in here to tell everyone that a girl just denied a proposal at the @WooSox game and she literally ran away & while this would be a great time to dunk on Worcester.....it’s more important that we all agree to end stadium proposals. Please 😅

Someone just rejected a proposal on the kiss cam. The WooSox really do have everything.

One thing this brutal rejection has made clear is that that one should not move forward with the proposal in front of hundreds and thousands of people until and unless they are 100% sure that the answer is going to be affirmative.