A man has spoken out about his terrifying and near-death encounter with his 50-caliber rifle, which exploded in his face and pierced his neck with inch-long shrapnel. In a video that has now been posted on the YouTube channel Kentucky Ballistics, a man known only by his first name, Scott, told a story of the freak accident. 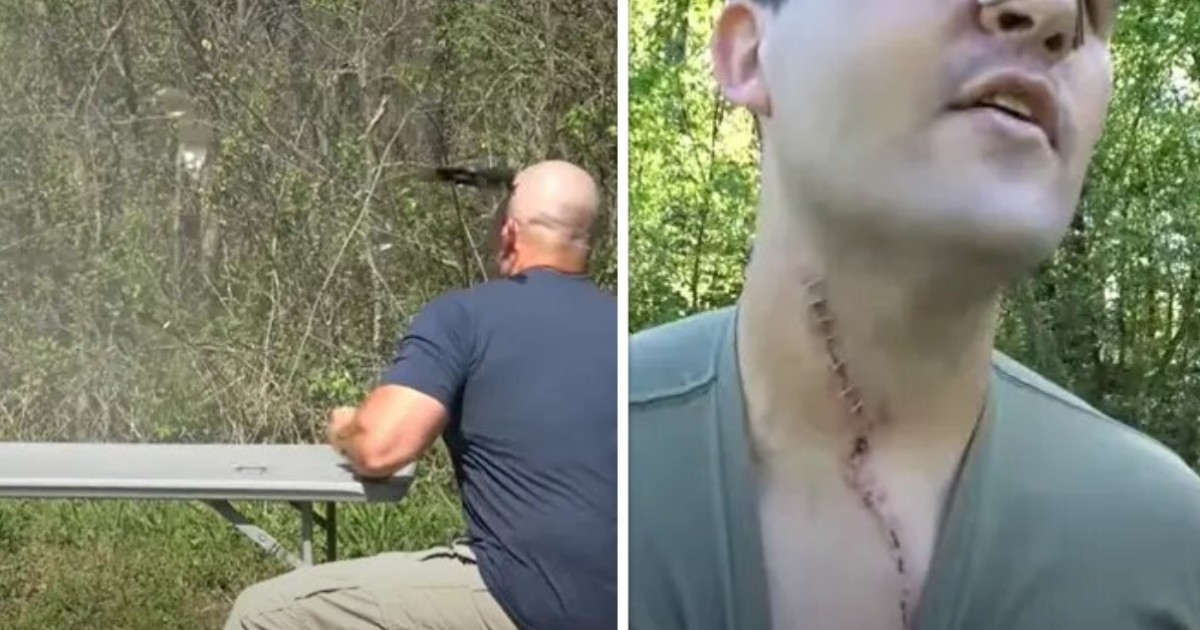 A man described how his gun exploded, sending an inch-long piece of shrapnel into his neck and nearly killing him.

Scott, from the Kentucky Ballistics YouTube channel, opened up about his experiences in a candid video, saying he "almost bit the dust" when his Serbu RN 50 exploded on April 9.

Scott said 'everything was going pretty smooth' until he found some of the 50 BMG SLAP ammunition was acting a little funny on the day of the incident, which involved him shooting at an old fire hydrant. 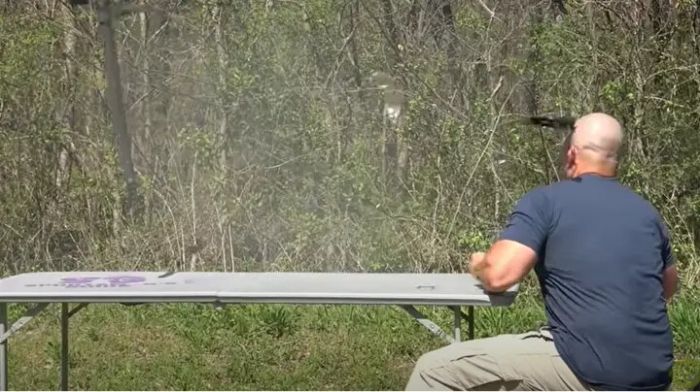 The YouTuber went on to say that the gun had been 'functioning normally,' adding that he had used it for a long time and had never had any issues with it.

Before he added: "These rounds are extremely rare and they're very old. They're, like, a hundred dollars apiece; these aren't manufactured anymore. And there's no way you can ever know what's happened to them over time as they've passed hand-to-hand.” 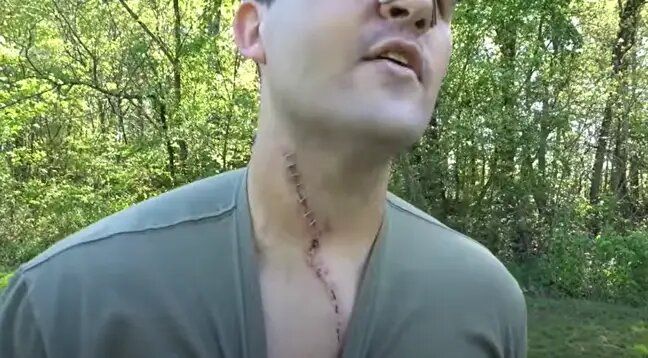 "I was under the impression these were genuine military surplus rounds and hadn't been tampered with."

The clip then cuts to him being pulled back in his chair as pieces of the gun exploded in all directions.

Talking through what happened, Scott said: "So when I pulled the trigger, the gun exploded almost immediately.”

"So the first thing that went was this cap - this cap is solid steel and it is very, very heavy."

The cap got stuck in the YouTuber's face, fracturing his orbital bone in three places as well as his nose, necessitating surgery.

He goes on to say that when the cap flew off, it sheared off a couple of pieces of the rifle, one of which knocked his hat off and the other of which... well, it was a lot worse.

"It proceeded to lacerate my jugular vein and then punctured a hole in my right lung.”

"I've now been hit in the throat, but I'm not sure what's happened because when this cap hit me in the face, I went blind instantly.”

"I have vision coming back now and they say my eye should make a full recovery, but at that moment I went completely blind in this eye - like I'd been punched and I went backward and landed on all fours."

Scott is now on the rebound after spending eight days in the hospital, having several operations, and being pumped with five units of blood to replace what he'd lost.