Posted by Sama in News On 13th August 2020
ADVERTISEMENT

This man has been hailed a hero and is commended by the public for his quick thinking and brave action that helped save a dog's life who was left in the car at Newbury Retail Park in Berkshire on what was one of the hottest days we've had in the UK this year. Samantha Heaver, who recorded the clip, before sharing it to Facebook, says the dog was left for around 45 minutes while the owner of the dog went shopping with her young daughter. 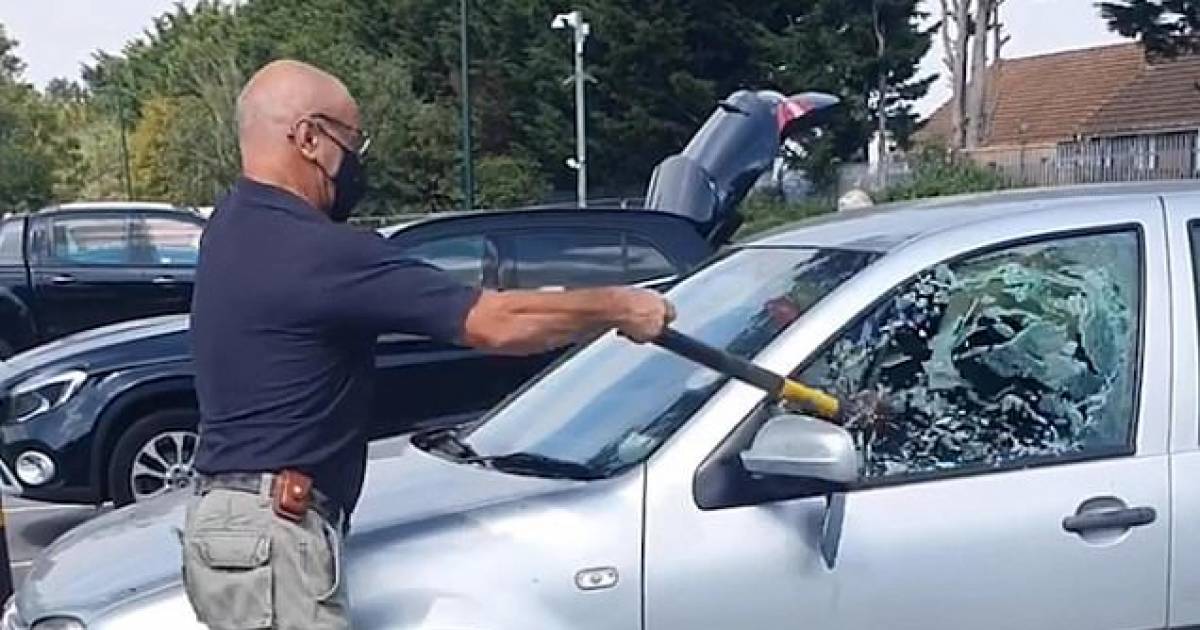 A man came forward to help a desperate dog who was boiling inside a hot car during terribly hot weather. Video shows the man smashes through a window with the axe to get to the Yorkshire terrier inside.

The teeny pooch had been left inside the car at Newbury Retail Park in Berkshire on what was one of the hottest days we've had in the UK this year. 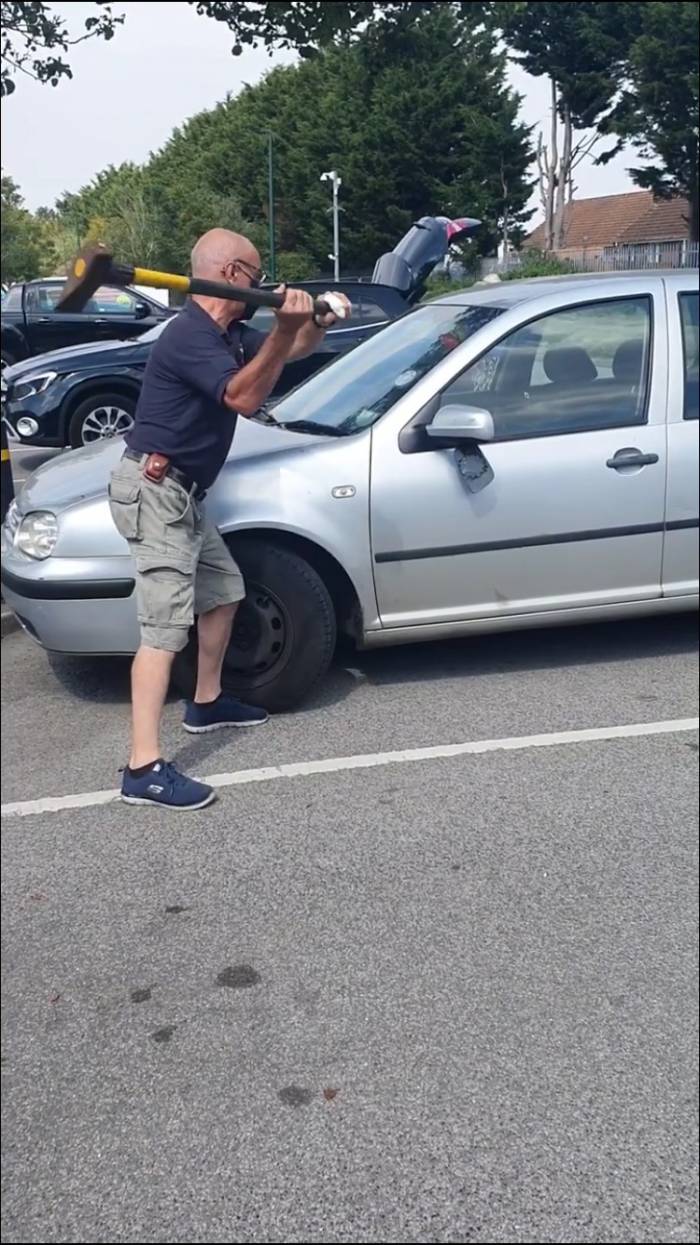 Samantha Heaver, who recorded the clip, before sharing it to Facebook, reveals that the dog was left inside the car for 45 minutes while the owner left for shopping with her younger daughter.

In the video, it could be seen people are concerned and swarming around the car while the man continues to hit with an axe in an effort to smash the window and in his eighth attempt is successful and a man can be heard to say: "That's done it. That's enough."

Someone else adds: "At least it will get some air and won't die in there," before the woman responds: "It don't look b****y great."

The shared video has gone viral on many social media platforms with people praising the man with the axe for his quick thinking and brave action. A couple of PCSO who were at the retail park picking up some lunch attended the scene.

The woman who posted the video confirmed that the dog was eventually removed from the car and taken to a local vet to get checked over. 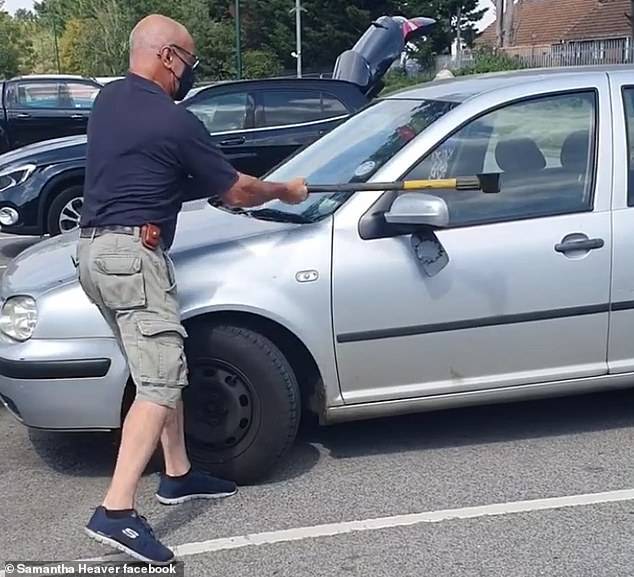 A Thames Valley Police spokesman told the Sun: "A member of the public did smash a car window to get a dog out of a car.

"Two of our PCSOs attended, the dog was taken by one of the PCSOs for a check over.

"The owner of the vehicle returned and was given advice." 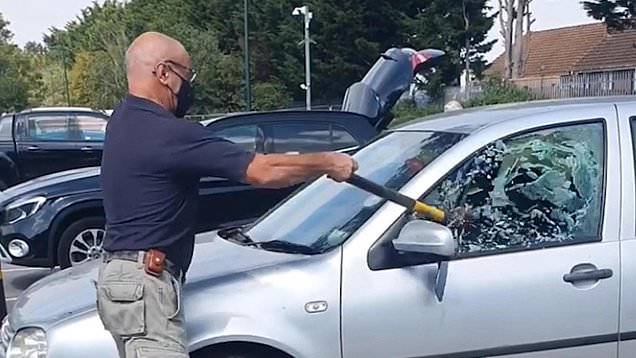 The RSCPA explains multiple times the dangers of leaving animals in a hot car in this weather. This dog was lucky that it was saved by passersby but this is not the case for all the animals. So, please be careful next time before leaving your pet animals behind in the car.

You can find out more information from the RSPCA website.