In perhaps the most dramatic body transformation yet, Michel from Brazil has removed his ring finger and his nose on top of tattooing his entire face and wearing tusks to make himself look like Satan. 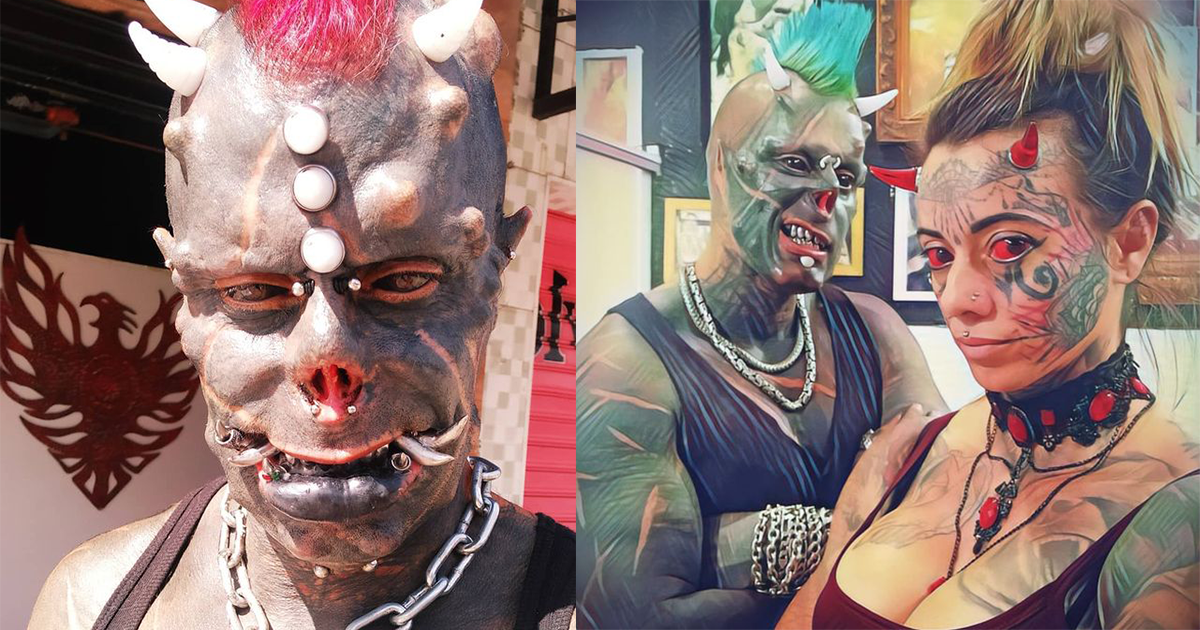 Michel Faro do Prado, a 44 year old man from brazil is obsessed with body modification and has made some dramatic changes to his body over the years.

His goal is to become the ‘human satan’ and has attained some of that look through tattoos and surgical procedures.

Other than covering his skin with ink, he has added tusks to his teeth. He also had his middle finger removed to make his hands look like Satanic cleft feet.

He has also gotten his nose removed. He also claims that he is only one of three people to have made that change in the entire world. 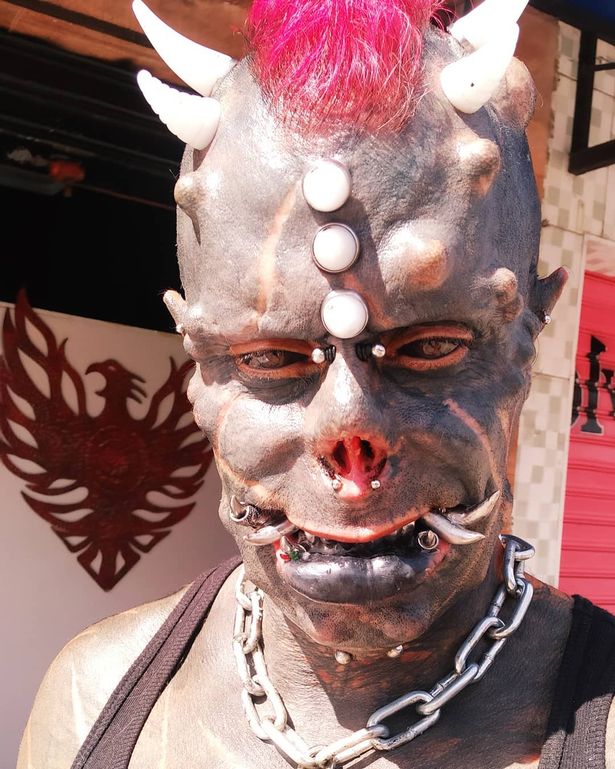 Michel’s tusks cost him about 5,000 Brazilian real or $800. Michel has also added four horns on either side of his head and has implants underneath his skin to help him achieve a more textured horned effect. 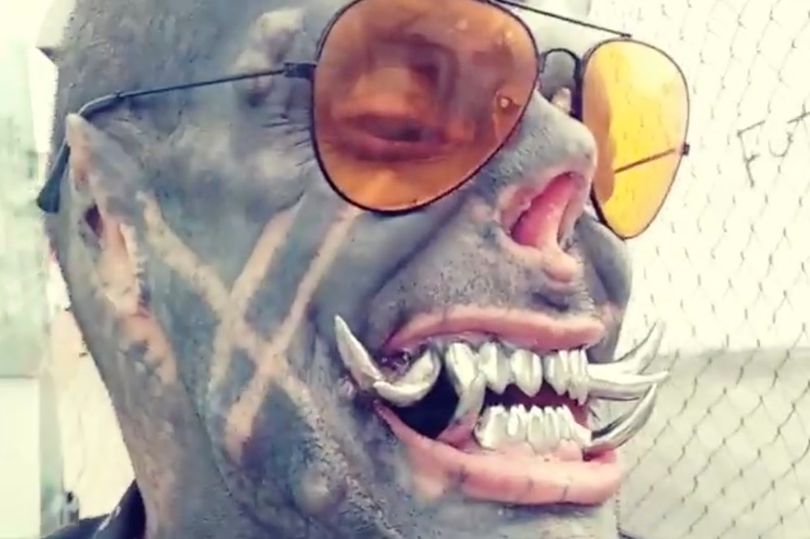 Seeing the 'before' image of Michel's look, the transformation is truly astounding making Michel unrecognisable today.

His eyeballs have also been inked in. Michel has worked on this look along with his wife, who also has coloured eyeballs and is enthusiastic about body modification as well. 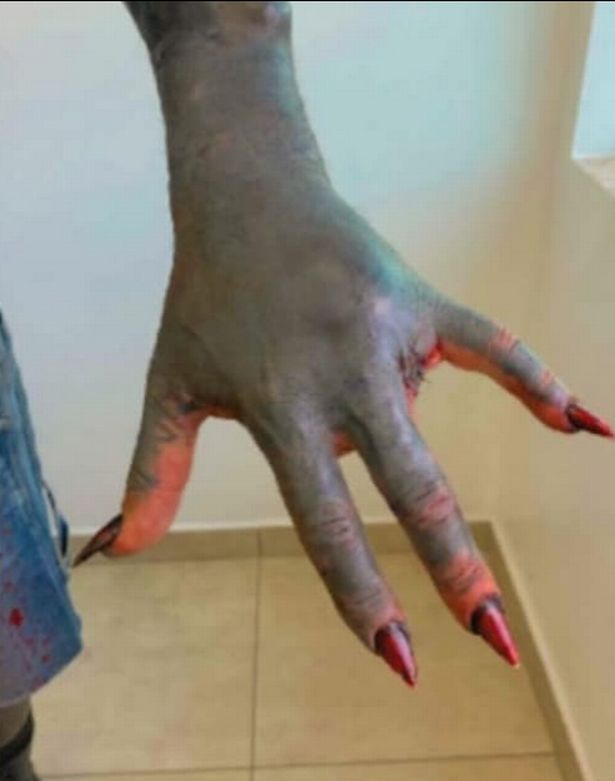 "I have been a tattoo artist for 25 years, most of my tattoos I get from tattoo artists and professionals who I have paid.

"I focus on blackwork and brutal tattoos, which are types of tattoos where you ink a large part of your body.

"But my wife has specialised in the area of modifications and the idea is for me to become her masterpiece when it comes to tattooing!" 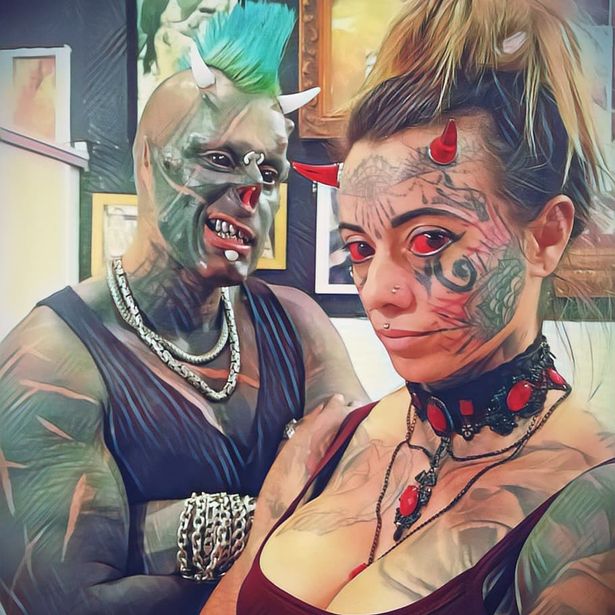