This French man had his dream of a real-life alien look fulfilled through a serious of body modification procedures. In a bid to do so, Anthony had his tongue split, his nose removed, and has covered his skin with tattoos and piercings. He also underwent a 'rhinotomy', which left him with a gaping hole in his face and no nose. In addition to all this, Anthony has had his eyeballs tattooed (in a risky procedure that could have blinded him) and has had dermal implants in his face to give his skin a bumpy texture. 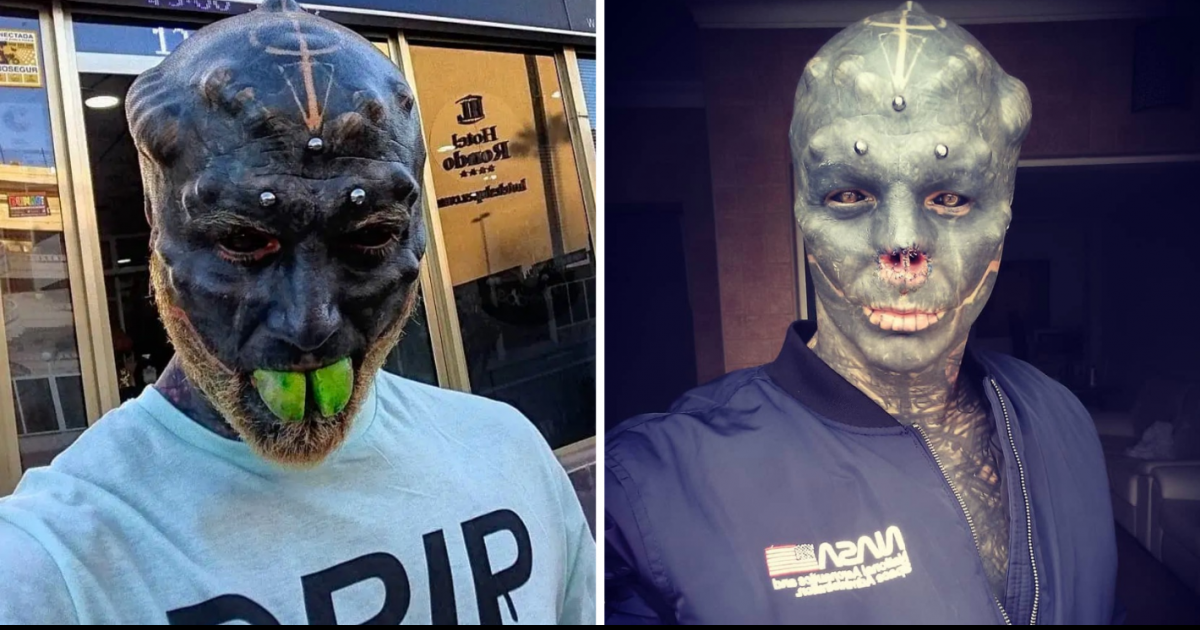