Posted by Abdul Rafay in Bizarre On 29th June 2022
advertisement

McDonald's customers tore the woman's heart and confronted her to continue giving her mother cold chips. This video is shocking. During a commotion about abuse at a fast-food restaurant, a middle-aged man also called her boyfriend "f *** in gp *** y" and "c **." 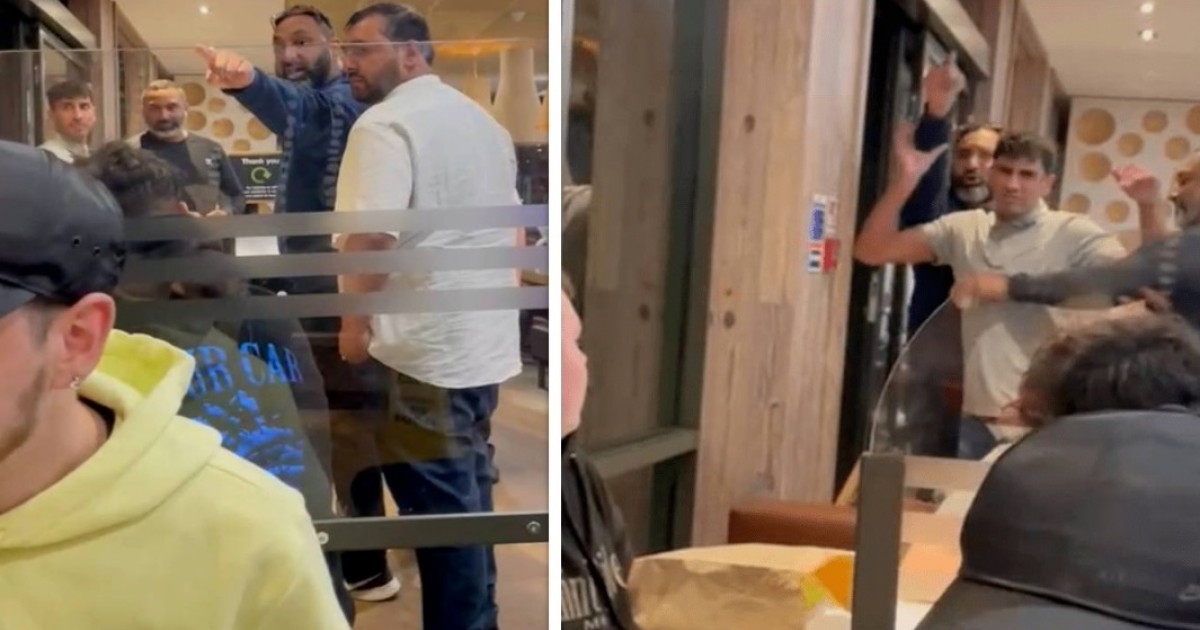 In Wellington, Shropshire, he allegedly lost his cool when asked to leave after becoming angry with workers over the quality of his chips.

She claims that after she urged him to cool down nicely, the man allegedly turned on her.

A man can be seen on video yelling and pointing at the woman and her pals while wearing a blue hoodie. 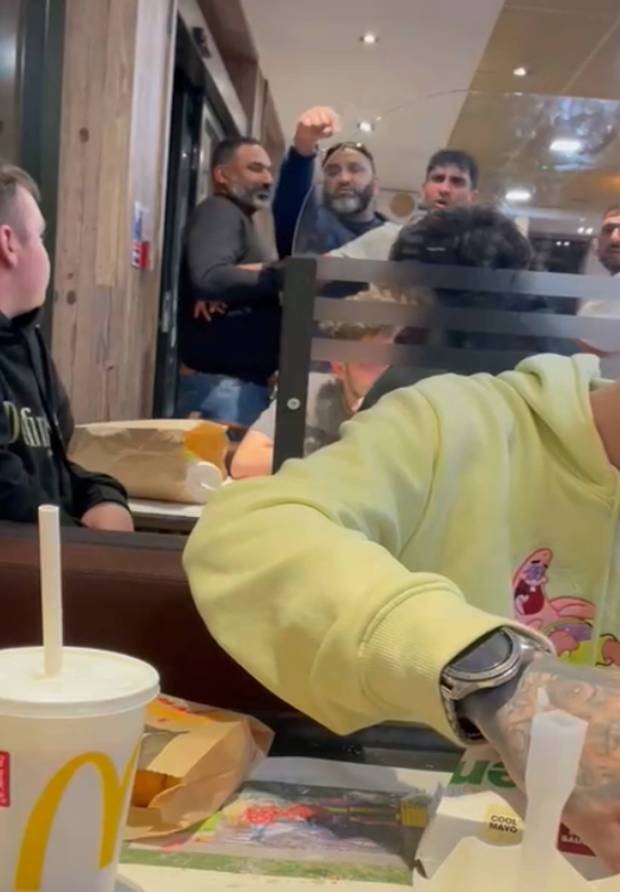 The man is then asked to calm down by the woman's boyfriend, who places a hand on his chest. 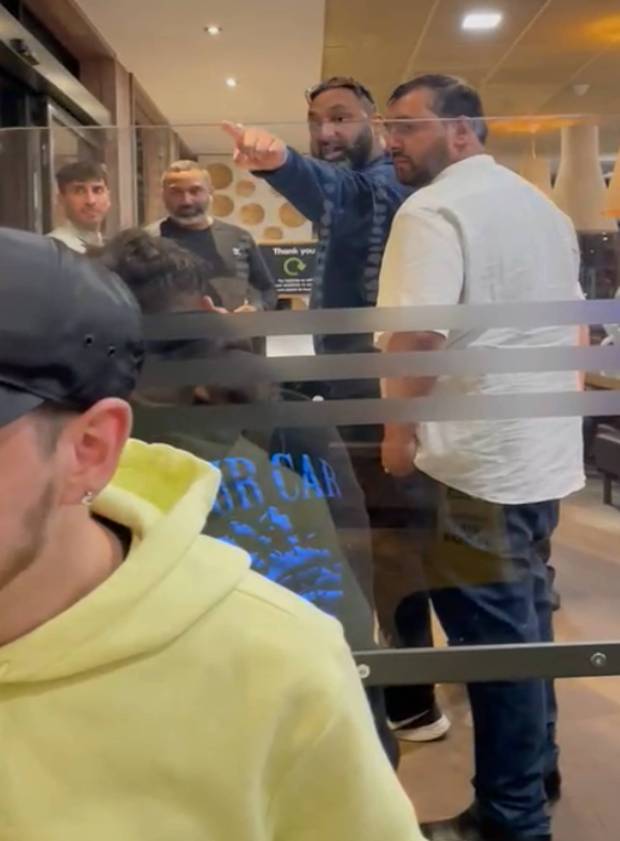 The man is then forced to leave by a McDonald's employee, who says: "Guys you've been asked to leave, let's go."

Then, staff restrains a man wearing a green shirt and leads him to the exit. 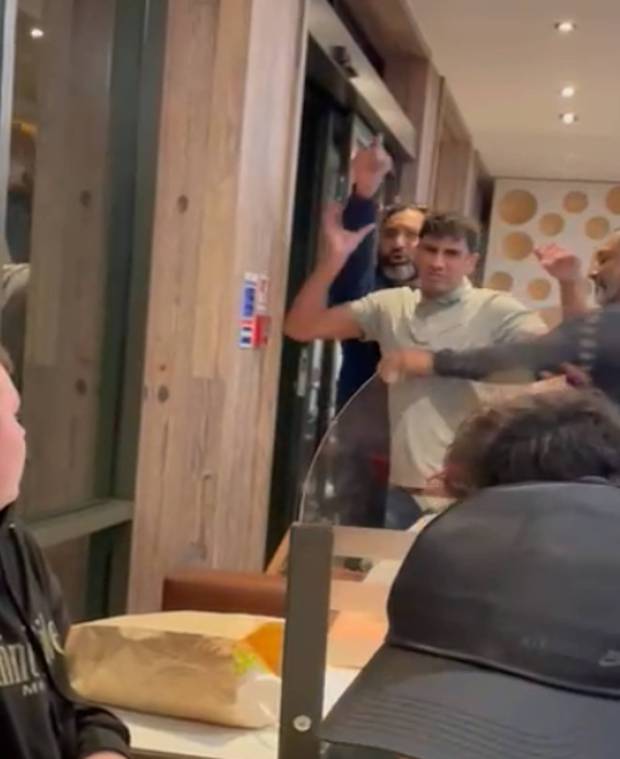 The woman said today: “All my friends were pointing at him being loud and rude to the woman behind the counter.”

“I watched him for a moment and then got up to approach him. I said, 'Hey, sorry to interrupt, but they look short-staffed, just calm down and don’t speak to her like that.”

“My boyfriend then approached close behind me as I tend to freeze up in fear of men. My boyfriend got in between me and the man in the blue jumper and placed his hand on the man's chest and just calmly told him to calm down.”

“Then the man proceeded to shout, ‘Don’t touch me, that's battery’ and continued to scream and shout that my boyfriend was committing battery.” 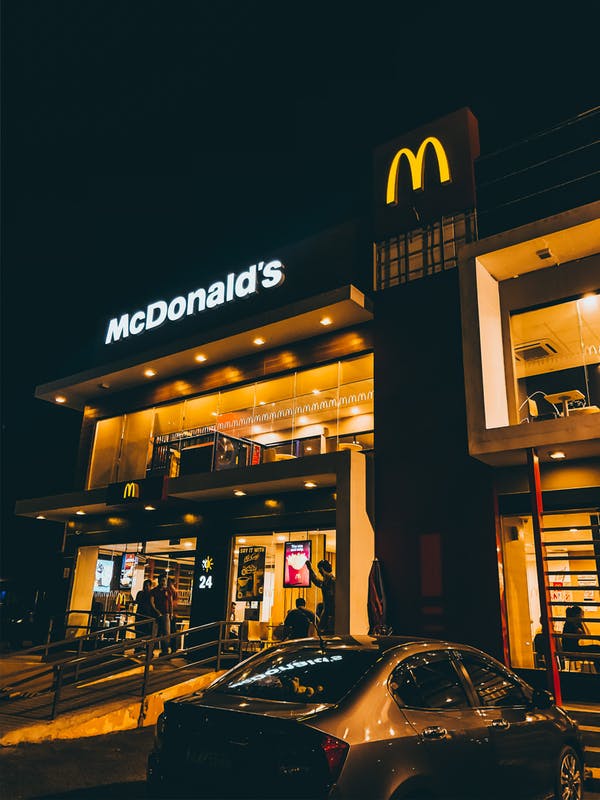 “I was just violently shaking, we all tried to stay calm but I must admit we chipped in when we felt necessary.”

“One man tried to run around and attack us but his friend grabbed him.”

“I was mainly just in shock as I just thought it was funny that someone could get so wound up over something like cold fries and a couple asking them to calm down.”

“The staff were amazing as well. They were asking us if we were OK and what happened and they said thank you to us after as well." 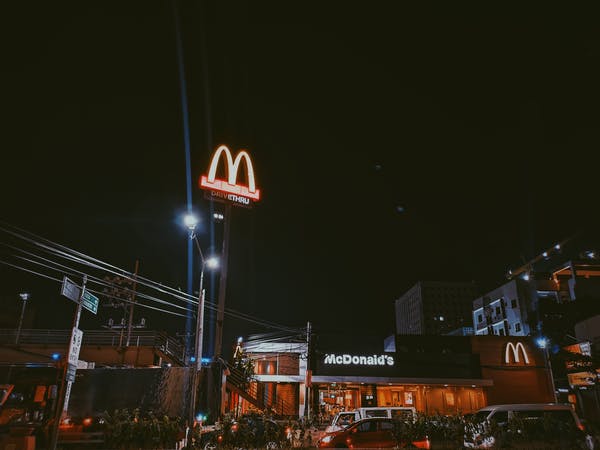 The video was uploaded to TikTok last week by the woman who recorded it.

One wrote: “Unhappy meal for one.”

Another added: “Massive ‘hold me back bruv’ vibes.”

And a third commented: “And that is why Maccies needs security.”

A McDonald's spokesman said today: “We are aware of an altercation that took place in our Wrekin Retail Park restaurant on Sunday, June 19.”