Meet Berthe Antonine Mayné, Who Claimed To Be A Titanic Survivor But Nobody Believed Her

Posted by Sughra Hafeez in History On 24th August 2017
ADVERTISEMENT

Mayné’s story about the Titanic began to surface when her nephew found some personal clippings, letters, and photographs kept inside a shoebox in her personal belongings.Berthe Antonine Mayné was one of the survivors of the popular sunken luxury steamship, the RMS Titanic. She might have had one-of-a-kind experience, but unfortunately, her story only started to be known after her death on October 11, 1962, or 51 years after the tragedy. 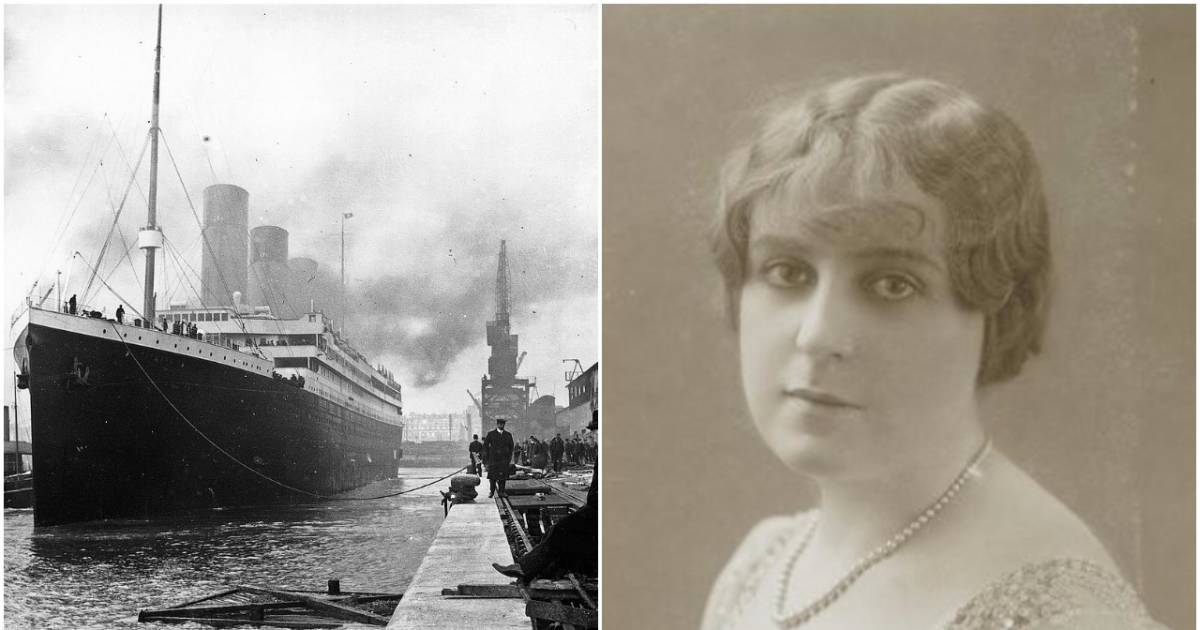 The luxury steamship the RMS Titanic tragically failed to complete its maiden voyage, breaking in two after hitting an iceberg and sinking to the ocean floor in the early hours of April 15, 1912. 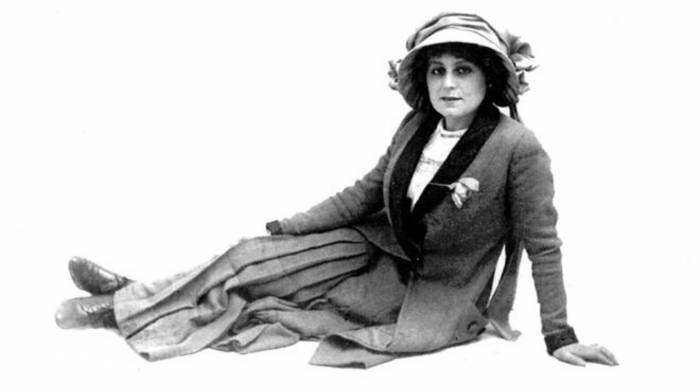 More than 1,500 people lost their lives that night, out of the 2,240 passengers and crew on board the ocean liner. 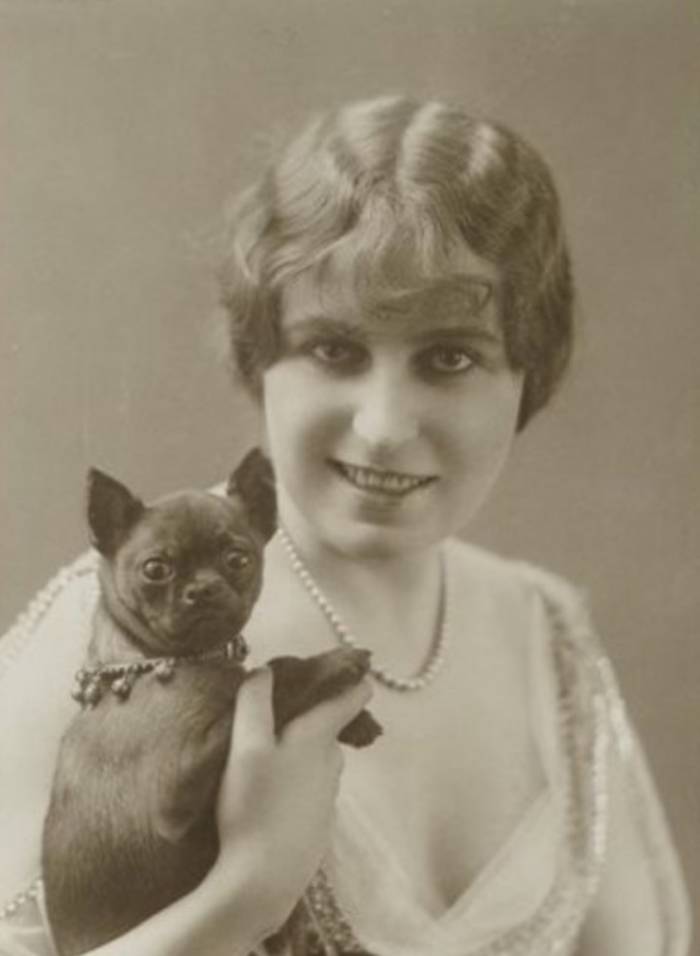 Among the infinite retellings of the Titanic story, be it in books, news articles, or films, perhaps what is most moving are the personal stories of those who survived. 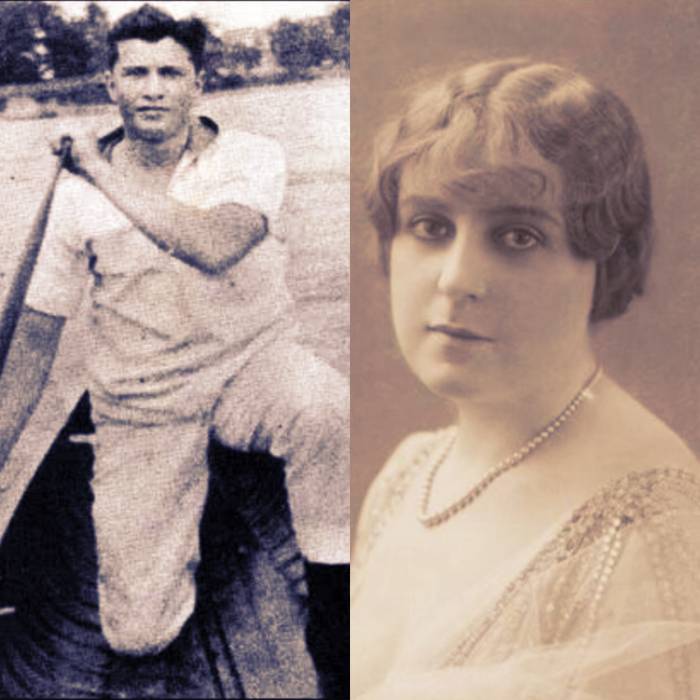 There is the unbearable story of Berthe Antonine Mayné, who might never have planned on taken a trip on the lavish ship if it were not for the chance encounter with her future beloved. 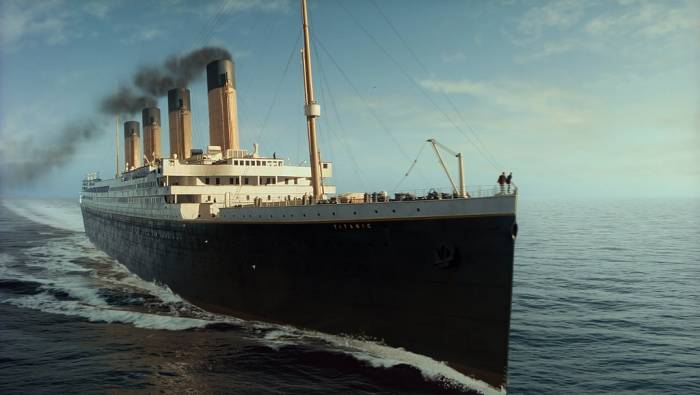 According to Mayné’s nephew, she had been trying to convince him, her relatives and friends that she had been on Titanic with a young Canadian millionaire and had survived the tragedy. However, no one believed her until her death. 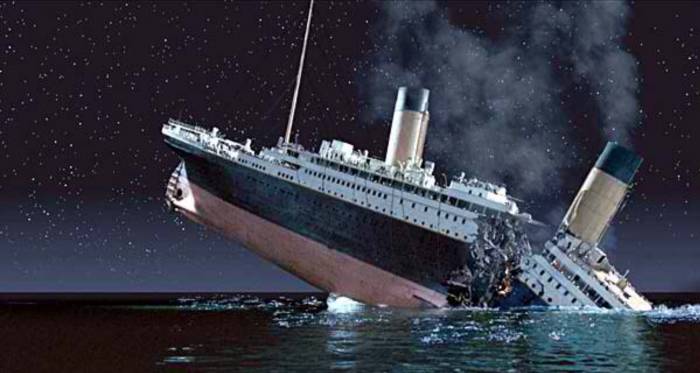 Berthe Mayne, lover of Quigg Baxter who traveled under the name Madame de Villiers.Born in Ixelles, Brussels, in 1887, Berthe Mayné worked as a cabaret singer. 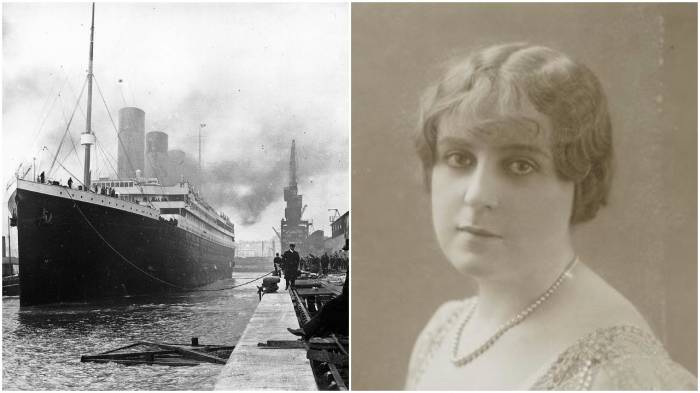 She met a young Montreal hockey player, Quigg Edmond Baxter, in the winter of 1911. Baxter was Montreal-born, the same age as Mayné, and came from an affluent family. The two of them quickly became lovers. He was the son of banker James Baxter and his wife, Hélène Baxter (née de Lanaudiére-Chaput). 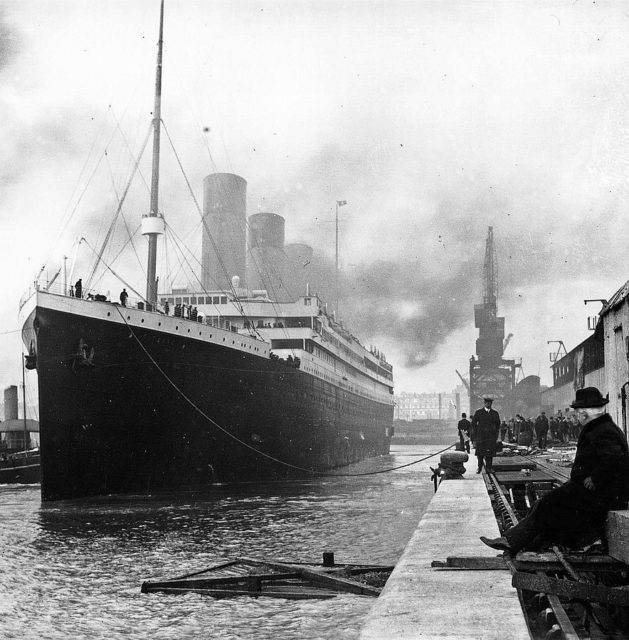 He was determined to bring Berthe back to Montreal with him, and for the sake of propriety, booked her into a stateroom of her own on Titanic under an assumed name, Mme. DeVilliers.

Quigg boarded the Titanic at Cherbourg as a first class passenger on April 10, 1912. 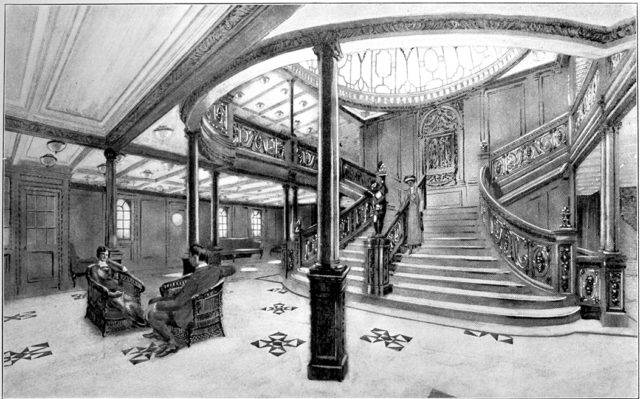 Mayné must have been thrilled with her entirely new life, beginning with her first-class passenger status on the Titanic with her new love. She was registered under a pseudonym, “Mrs de Villiers,” and was accommodated in a first class stateroom, C-90. 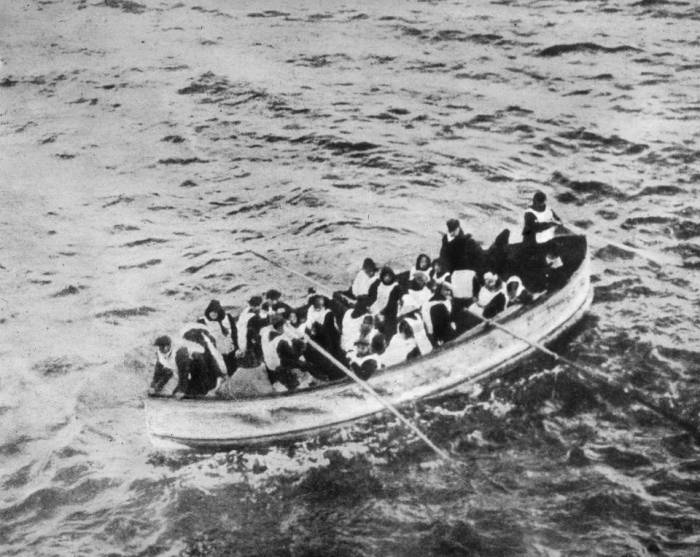 A Belgian newspaper, The Het Laatste Nieuws, described Mayné as someone who was “well known in Brussels in circles of pleasure and was often seen in the company of people who like to wine and dine and enjoy life.” 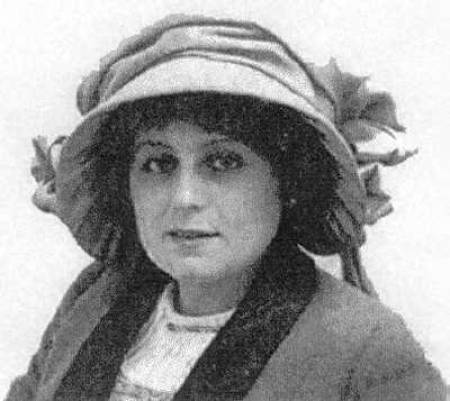 On the night of the tragedy, Baxter’s mother asked him to ask the captain why the ship had abruptly stopped in the middle of the ocean. He then went outside to see what was going on and saw Captain Smith seriously talking to Bruce Ismay, one of the highest-ranking White Star officials to have survived the tragedy. 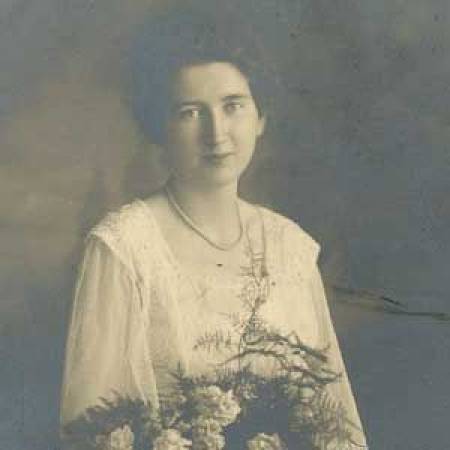 According to Vintage News, part of the conversation between Baxter and Smith went like this:

“There’s been an accident Baxter, but it is all right”.

But as soon as the Captain left, Ismay told him to immediately get his family and ride the emergency lifeboat. 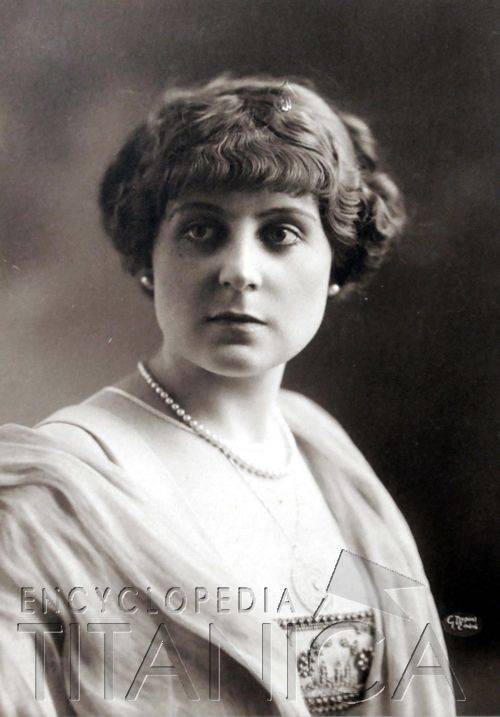 Baxter carried his mother up the grand staircase to Lifeboat 6. Quigg’s girlfriend, Berthe Mayné, didn’t want to get into the boat without him, but Molly Brown convinced her to do so. 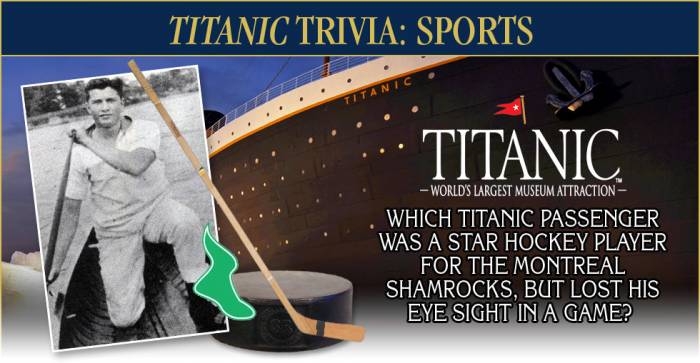 Titanica, however, claimed that Mayné’s another reason why she didn’t want to get on the boat yet was that she wanted to return to her cabin and retrieve all of her precious pieces of jewelry. 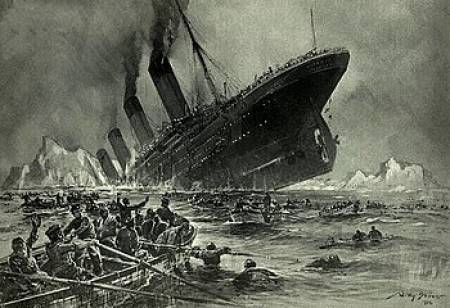 But Molly Brown, another passenger, persuaded her to get on the lifeboat instead. Lifeboat number 6 was said to be “most likely” the first boat to leave the sinking Titanic.

Baxter never made it to get on a lifeboat and his body was never identified nor recovered.

His last words to them were:

“Goodbye, keep your spirits up everyone!” 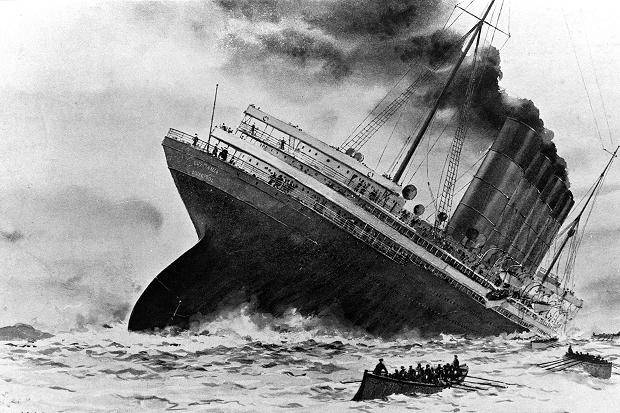 Quigg’s mother returned to Montreal and never recovered from the effects. She died in her apartment on June 19, 1923, and is buried in the Baxter family plot in Notre Dame de Neiges Cemetery. 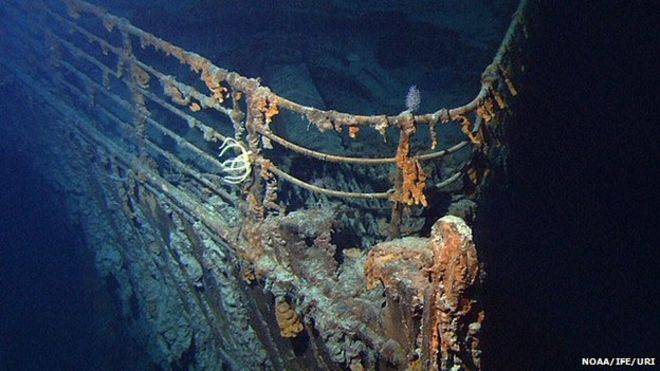 After the sinking Berthe Mayne stayed in Montreal with the Baxter family for several months, then returned to Europe and resumed her career as a singer in Paris. She never married and died on October 11, 1962. 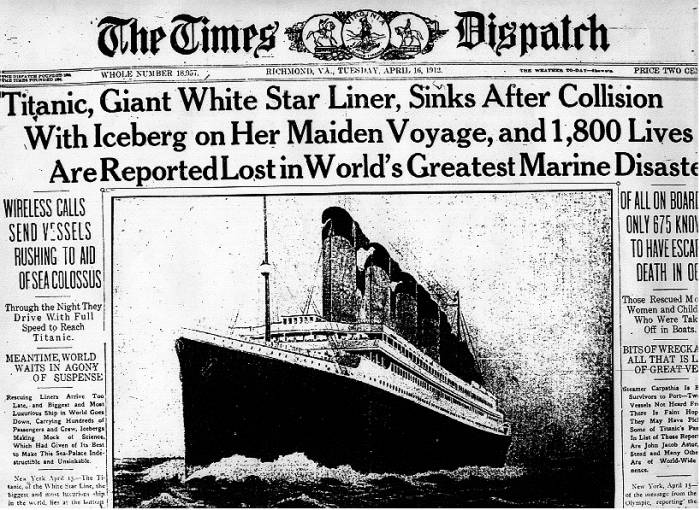