Meet Samantha, Woman With The 'World's Biggest Mouth,' Who Racked Up To 750K TikTok Followers Posting Videos Of It

Posted by Sumaiya Ghani in Funny On 11th November 2020
ADVERTISEMENT

Samantha has racked up to 750,000 followers on TikTok after posting pictures of her big mouth that is even larger than the current Guinness World Record of 3.75 inches. 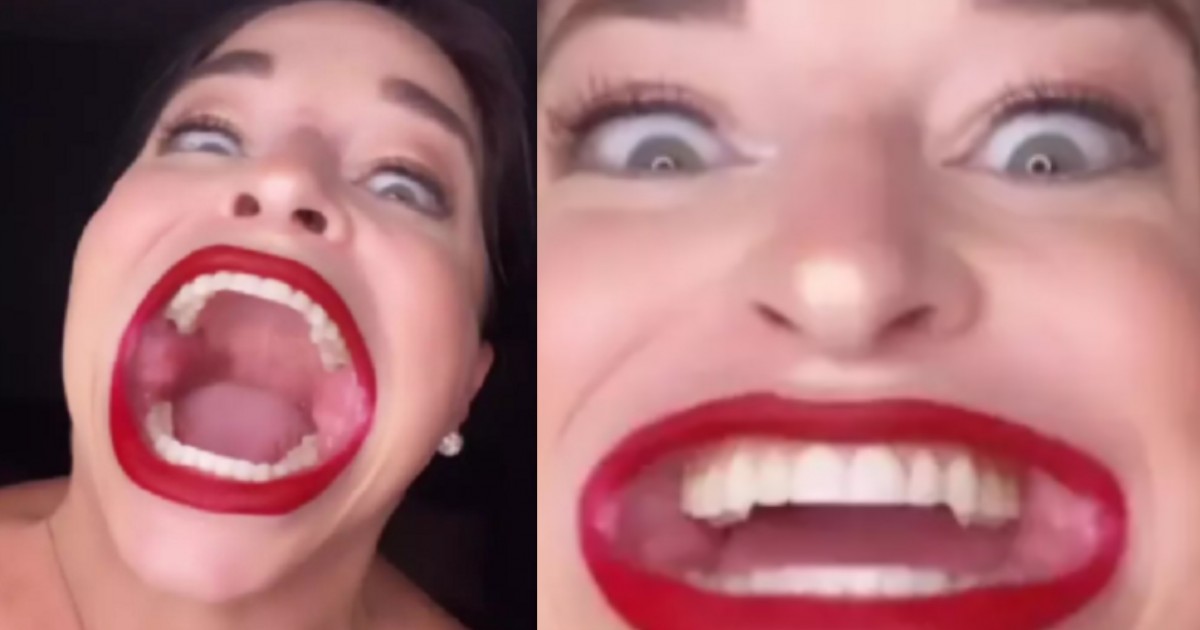 30-year-old woman, Samantha Ramsdell, becomes famous on TikTok because of her mouth that she claims is the world's biggest

This woman right there has gained around  750,000 followers on TikTok for possessing the 'world's biggest mouth' and she is not joking.

Samantha started being more active on social media during the lockdown and people loved her extra big mouth.

According to Samantha, her mouth may be larger than the current Guinness World Record of 3.75 inches from the upper to lower incisors - when she measured it she estimated hers was 'almost four inches'. 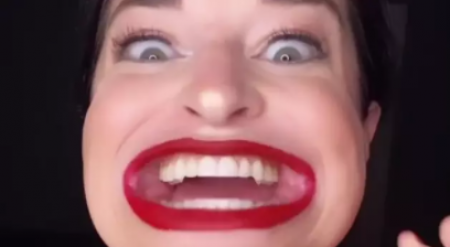 Samantha's mouth is almost four inches which is larger than the current Guinness World Record of 3.75 inches

Samantha is from Connecticut, she started her account to show off her performance skills.

Samantha said: "I made a TikTok account in fall 2019 but didn't start really consistently posting until Covid hit around April 2020."

The woman had not even the slightest idea that she would end up racking more than three-quarters of a million followers.

"I started growing popularity over lockdown, I'd make a lot of funny face videos, comedy skits, and singing parodies."

"But any video involving my mouth and the faces I can make always went crazy viral." 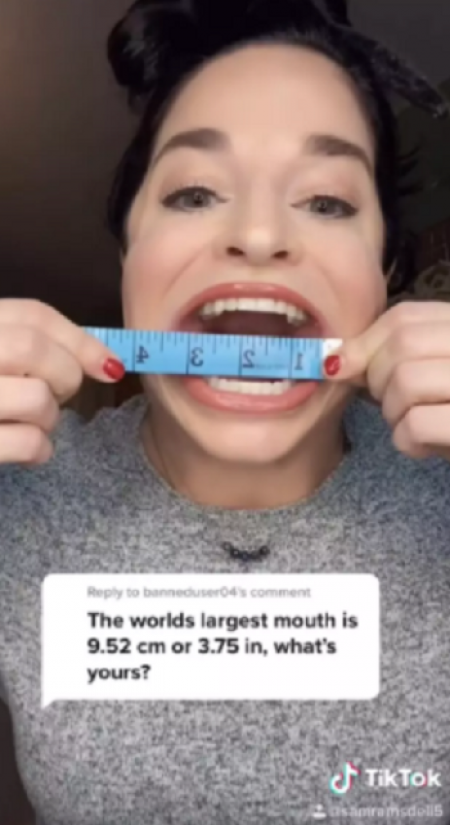 Samantha even get paid for eating subway sandwiches on camera

She explained: "TikTok actually pays their top creators now based on how many views and it's about 0.3 cents per 1,000."

"It doesn't sound like a lot but some of my top videos have over 50 million views, so if you do the math, it ain't too shabby for eating subway sandwiches on camera!" 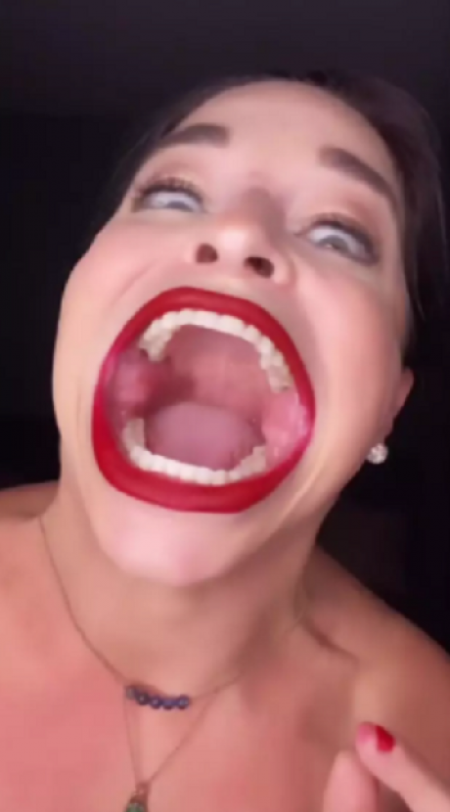 Samantha loves her big mouth but she admitted that it was frustrating for an aspiring performer.

She said: "Sometimes at the beginning, I was more offended when people called me a 'one-trick pony' about my mouth."

"I was like, 'Hey! I'm posting way more than just my mouth,' but my mouth just gets five times more views! Lol."

"It is a little frustrating sometimes because I wish I could also be known for my singing and comedy videos too, but hey, any press is good press!"

She added: "You know what's funny, last I 'measured' (which is hilarious in itself) I'm like 3.5 inches wide and almost 4 inches tall."

"But I gotta get a better measuring tape."

"Let's just say it's ginormous and I'm working on my application to Guinness as we speak."

"Snapchat also posted a big story [on] how I have 'The World's Biggest Mouth' so if Snapchat says so, it's gotta be true right?"