Posted by Sama in Bizarre On 11th May 2020
ADVERTISEMENT

There is no doubt that, that after weeks of doing social distancing and under lockdown, people are going crazy in their heads. With Zoom conference call failures and people cutting their own hair out of frustration, this one man has taken the lockdown frustration to the next level. 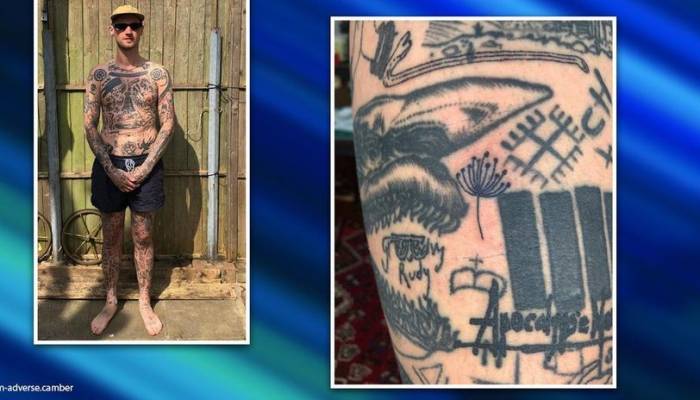 Chris Woodhead, a 33-year-old from East London, has been tattooing himself every day ever since he is under lockdown. The man is currently on his 49th tattoo and he has absolutely no intention of stopping here. 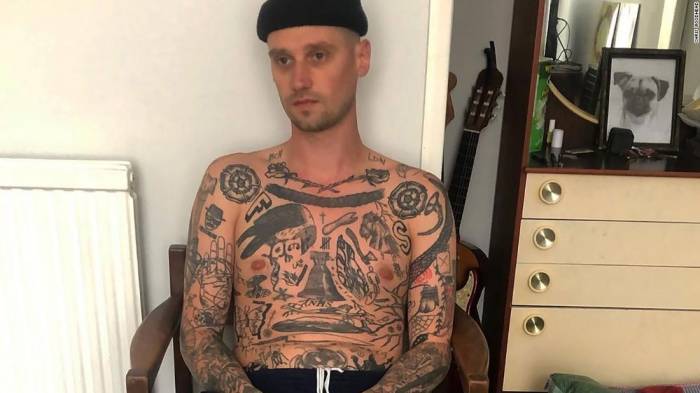 "The idea of tattooing myself every day through the isolation came about in a way quite naturally," Woodhead told CNN. "I thought it would be a good way of implementing some structure into my day, now that I can't tattoo from the studio."

The art of tattoos is something that does not come new to Woodhead. The man is an artist who works at a studio in London and learned the art by giving himself 100 tattoos before working on another person. 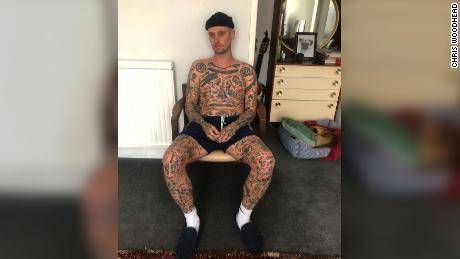 Before Woodhead decided to turn his passion into distraction, the man was already covered in around 10000 tattoos. While an additional 100 or so tattoos "won't make a difference," Woodhead said he plans to keep going until he is able to return to his studio, regardless of how long it takes.

But unfortunately, it seems like there is so much skin that he can he use to draw. Woodhead has only a month before he runs out of any free space on his body. Even then, the artist plans to draw designs that fit in the tiny spaces that may overlap with existing pieces. 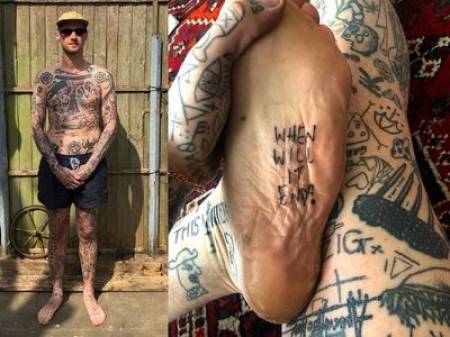 Woodhead is a pro at his work and he has been creating his artwork without the help of any mirror. While most spots were easy to cover, it was much difficult to draw behind his elbow and knee.

Though coming up with new ideas for his art on a daily basis is a task in itself. Some of his isolation tattoos included a virus, butterfly, tiger, clown, and a mermaid and so far the ideas just keep flowing. 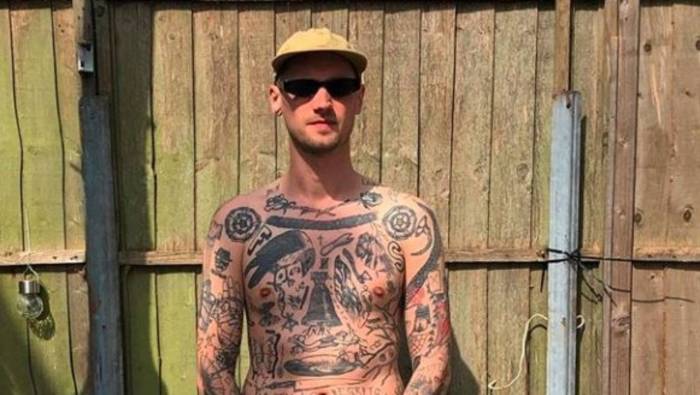 "It's definitely helped me get through the endless day-to-day. It's really boring being stuck at home, and without that creative process I would be pretty lost," Woodhead said. "Also, I've been able to play with different techniques that I would potentially not be able to try on other people, so I am progressing my skill, which is really nice."

The artist is learning drawing tiny tattoos through his daily tasks and is learning more about the healing process. For Woodhead, the daily habit of drawing tattoos on his body is just mere effort on his behalf to keep himself distracted during these crazy times.

"Tattooing isn't a hobby to me or any other tattoo artist. It's a huge part of me. The human body is an incredible canvas to play around with, and there is endless space."