With the heart of gold and the spirit of a warrior, this 49-year old from California is making all the difference n the world with his actions. Set to fulfill his childhood dream, Kwane Stewart is determined to help the animals belonging to homeless people. Animals whose owners have no other means to provide them with medical services. Driving around the streets of California, Stewart makes sure to give a medical checkup to any homeless animal he sees on the street and if there is a serious case, he takes them to his hospital. 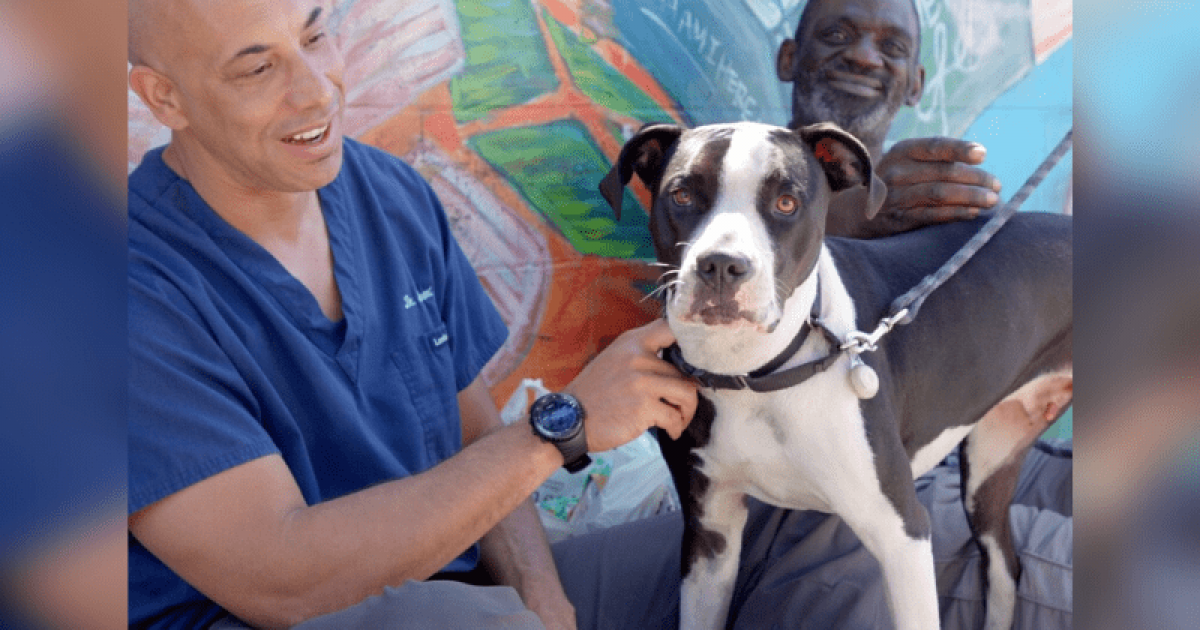 #1 Working for a noble cause

When Kwane Stewart chose his profession as a vet he had no idea that he will later choose to work for a much bigger noble cause. Meet 49-year old vet who drives around California streets to spot homeless people with their pet animals and give free medical checkups to them. 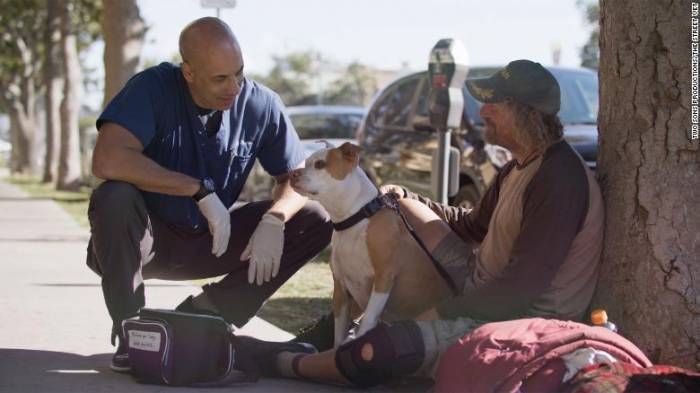 Growing up in New Mexico, Stewart used to dream of helping animals. Now by choosing his profession as a vet, he is making his dreams come true by becoming a "Street Vet". Stewart used to run an animal hospital before becoming the county veterinarian for Stanislaus County in Modesto, California. 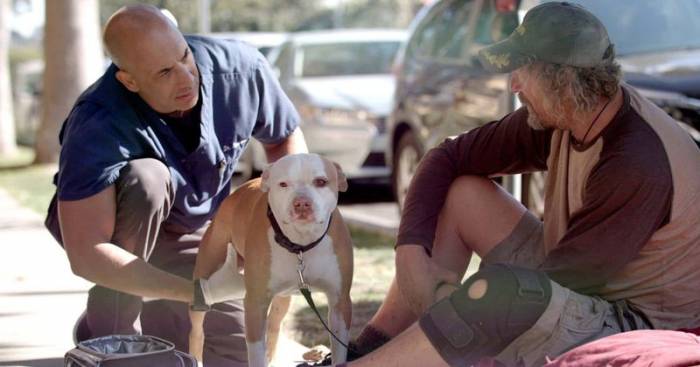 When the Great Recession hit the US in 2017, a lot of people lost their means of income and faced homelessness.

“Modesto got hit especially hard, it was ground zero for California as far as job loss and home loss, and people were just dumping their pets in shelters,” Stewart told CNN.

“That was the moment for me career-wise that was enlightening. Up until then, I’d been practicing high-end medicine for clients who could pay for everything. But suddenly I was thrown into this economic war and people couldn’t even afford to help their pets.” 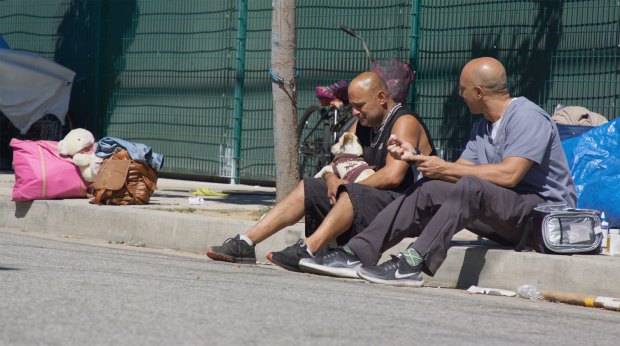 #4 "I decided to just take it to the street and walk to homeless people instead of waiting for them to walk up to me."

Apart from treating street animals for free Stewart works for Netflix as a movie set animal expert to ensure the safety of animals on the movie and commercial sets.

Because of inflation, many people have lost their homes in the past few years. This has led to the rise of animals on the street too.

One day, Stewart decided to set up a table with his son and girlfriend and decided to offer free checkups of animals of the passerby. 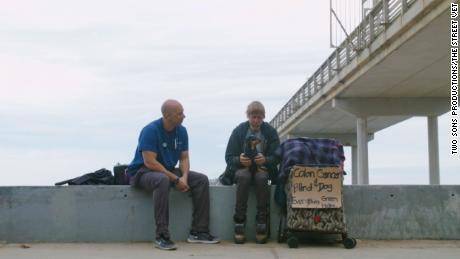 “Before I knew it, I had a whole line,” Stewart said. “There was something about it that I loved. I did it one more time before I decided to just take it to the street and walk to homeless people instead of waiting for them to walk up to me.”

Some of the common illnesses the 20-year veterinarian treats include allergies, skin and ear infections, flea infestations, bad teeth, and even arthritis.

Stewart has set up a GoFund Me to fund the free treatments for serious cases, such as animals that require surgeries, vaccinations, medicine or food. He always keeps his animal bag along with him wherever he is traveling. On weekends, he spends hours walking around areas such as Skid Row in Los Angeles and downtown San Diego in search of homeless pet owners who could use a helping hand. 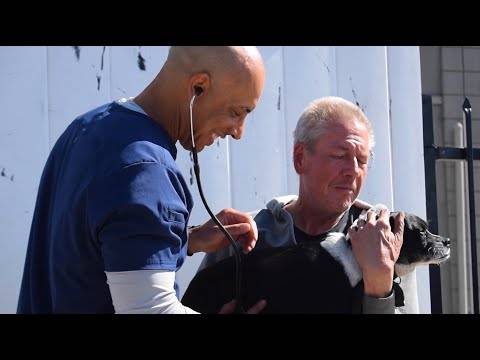 For the last 9 years, Stewart has treated hundrerds

#6 On his GoFundMe page, Stewart has written, "giving a little can make all the difference"

Stewart documents many of his stories through his TV series, “Dr. Kwane: The Street Vet,” which airs internationally in over 30 countries.

Working as a street vet, Stewart says an important lesson that he learned to from his job is that all his presumptions regarding homeless people were proven wrong. “I had my own prejudgments, like a lot of people, about homeless people before I started doing this work,” Stewart said. “You just make assumptions about their story without even knowing anything about them. You learn very quickly that you have no idea what put them there. It could be something like job loss which leads to bad credit, so they can’t get an apartment, and these moments snowball quickly.” 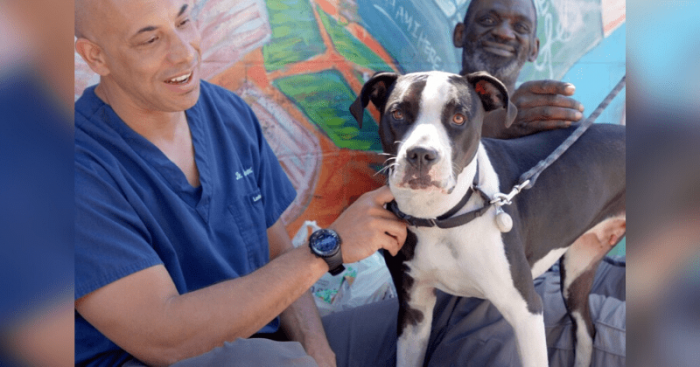 “Above all else, I’ve learned that homelessness can be solved if we really want to solve it,” Stewart said. “This is of our own creation. We’ve been putting Band-Aids on it for so long, with a free meal here and there, but there’s not really a foundation to get them off the streets and keep them off the streets.”

#7 Animals are a source of emotional support for these people