Posted by Annie N. in Entertainment On 12th December 2021
advertisement

Machine Gun Kelley and Megan Fox decided to grace the red carpet in an interesting way, linked by their fingernails. The two had pink nails with a chain that linked them to one another.

Megan Fox and Machine Gun Kelley decided to show they’re inseparable in quite the literal way when they walked a red carpet while linked by their fingernails.

In a look that was interesting and unconventional, the two painted their nails pink and used a chain to connect their pinky fingers.

The red carpet was for the launch of MGK’s unisex nail polish brand named UN/DN LAQR. 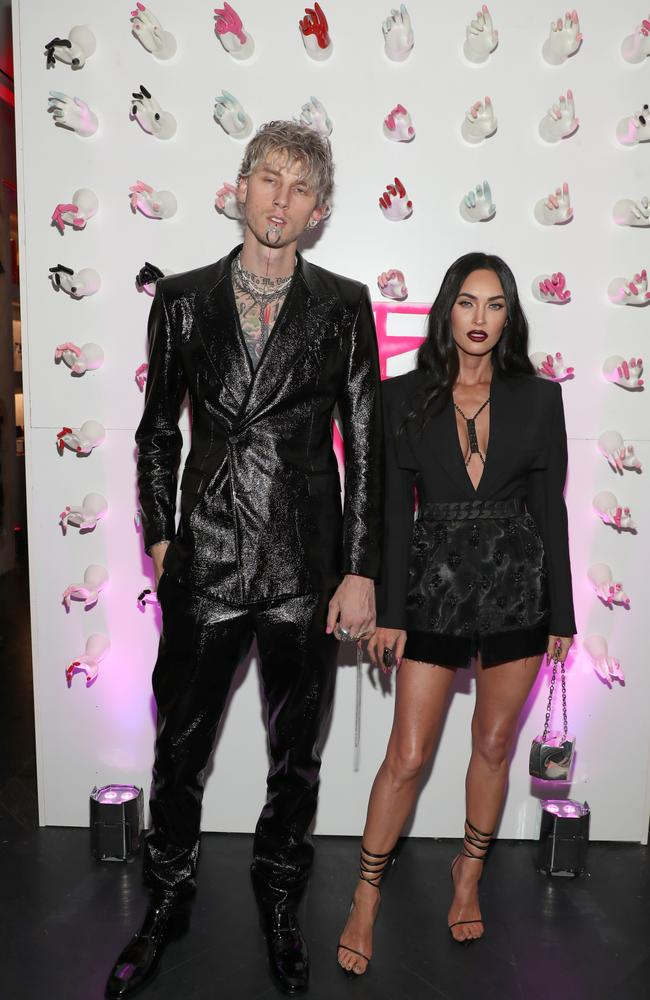 Not only were they linked together, but they also wore similar variations of a black outfit. Brittney Boyce, the nail artist that did the work said she had used three different shades of MGK’s nail brand named ‘Depressionist’, ‘Party of Four’ and ’25 to Life’.

She further added, “After the nails [were] dry, I used a nail piercer to pierce both of their pinky nails and added rings to them, so that I could attach two chains to them, so that they were chained together.” 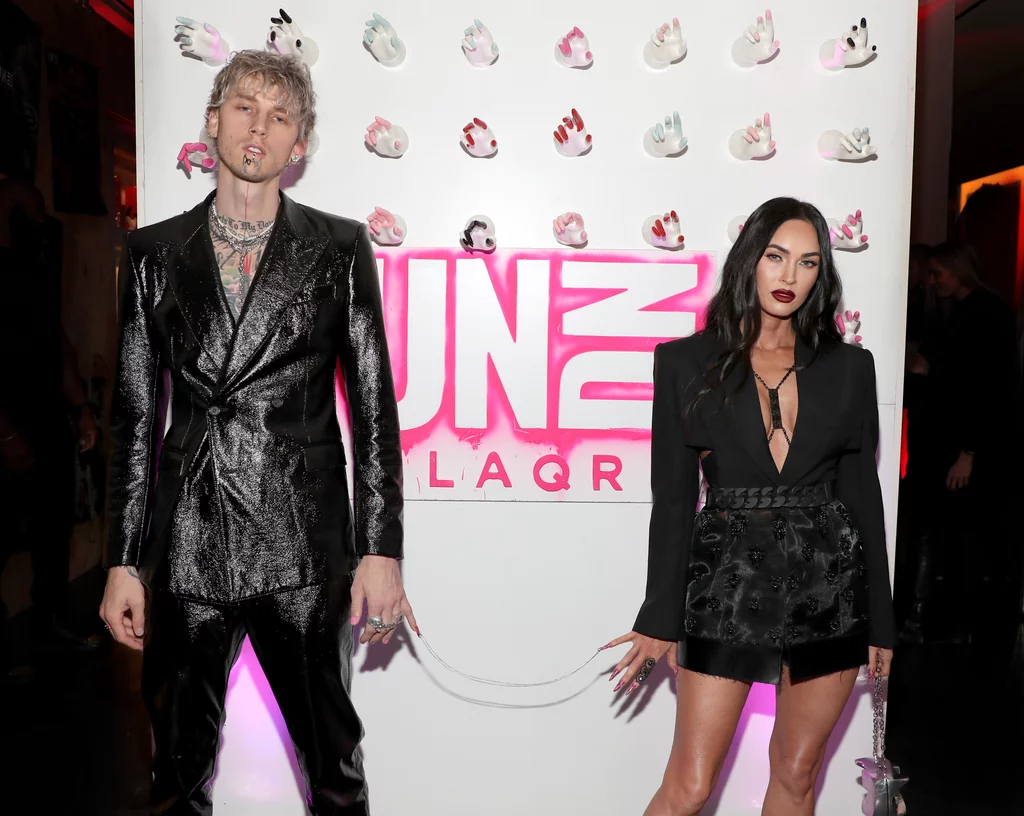 Megan Fox once said in an interview that the first time she met MGK she didn’t remember his face. "This weird thing happened. We didn't see each other. I don't remember your face... And I definitely would have remembered his face."

"I just remember this tall, blond, ghostly creature and I looked up and I was like, 'You smell like weed'"

"He looked down at me and he was like, 'I am weed'. Then, I swear to God, he disappeared like a ninja in a smoke bomb." 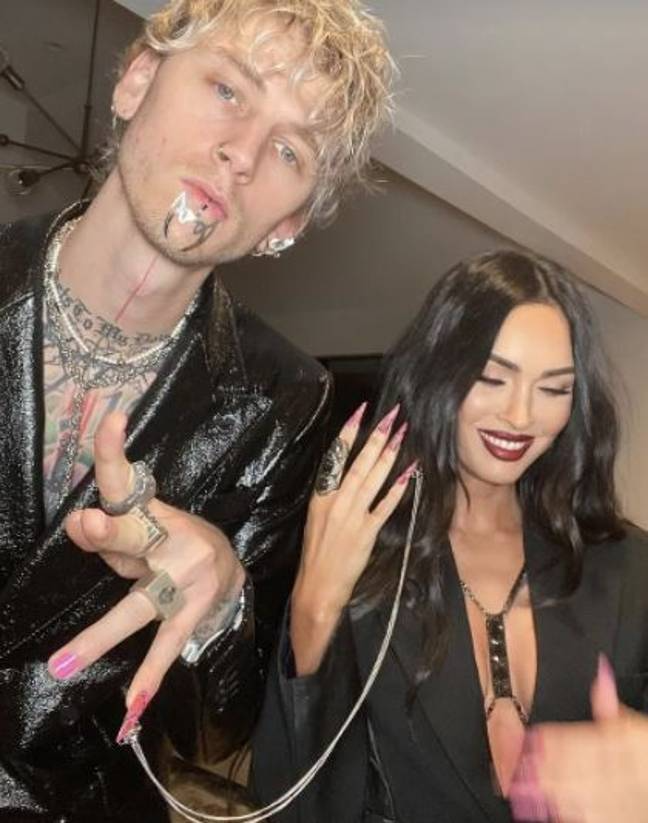 She says she’s glad she didn’t get to interact with MGK properly that night.

"We weren't supposed to run into each other that night, so our souls, our spirit guides, were luring us away from each other, because you literally had no face, like that thing from Spirited Away.”

"Thank God, [because] what torture had I known you were there and I couldn't get to you. It was better that I didn't know." 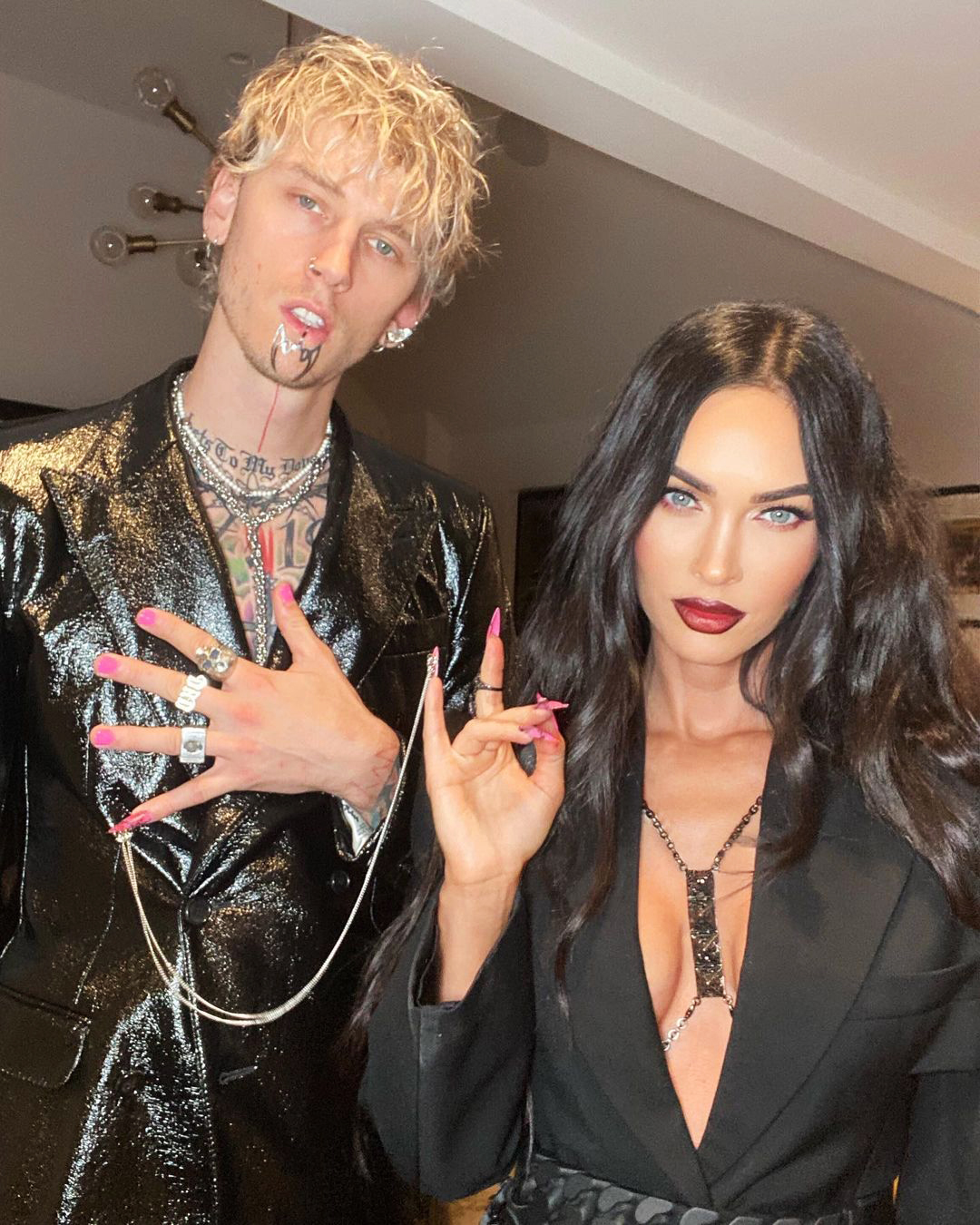 The two did not meet properly until a few later on the set of ‘Midnight in The Switchgrass’. The two claim to be ‘soulmates’ saying they haven’t been in love like this before.

The story makes a lot of sense considering the two were able to tolerate one another chained at the nail for hours on end. 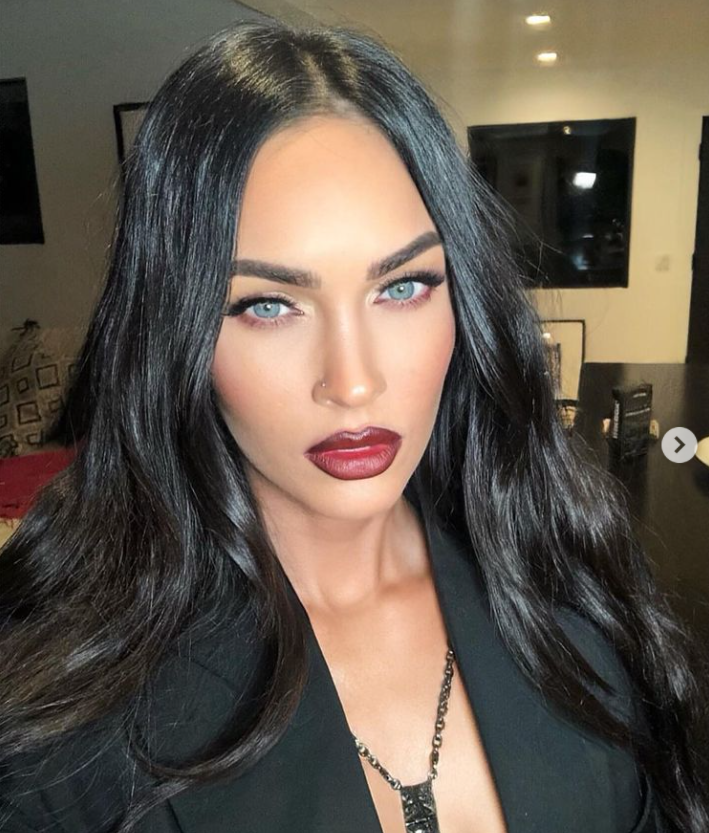