Metalhead Turns His Uncle's Skeleton Into A Guitar

Posted by Zainab Pervez in Cool On 18th February 2021
ADVERTISEMENT

A heavy metal musician from Tampa, Florida turned his uncle's skeleton into a guitar. The metalhead says, this was "the best way to honour" the man who first introduced him to heavy metal. 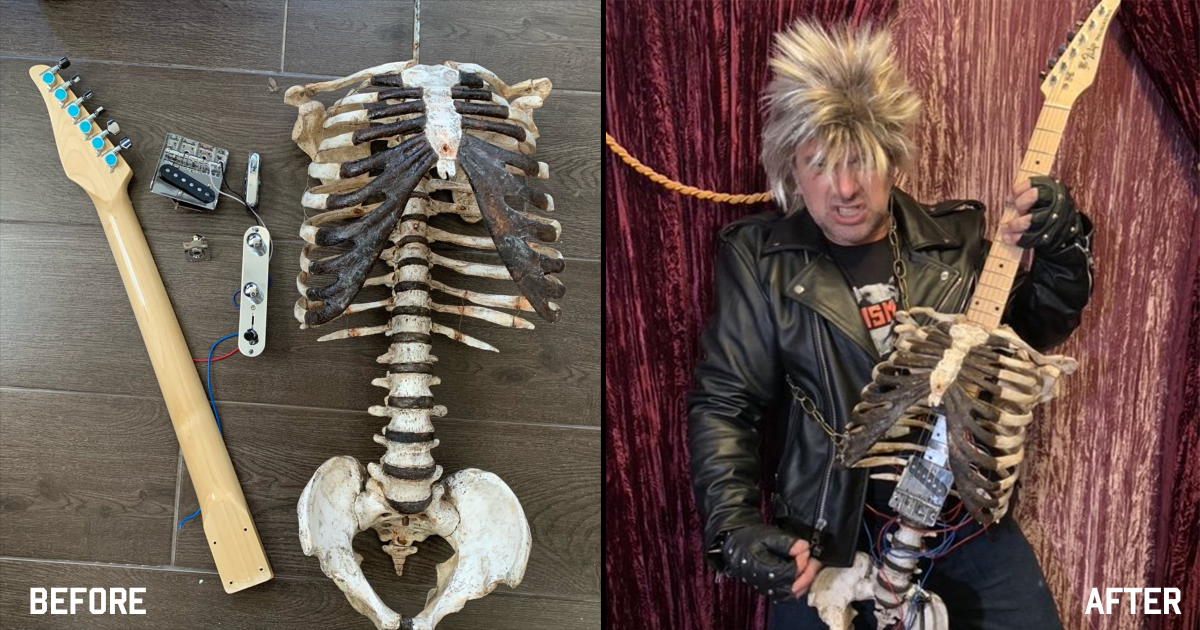 A man turned his metalhead uncle's bones into a "Skelecaster" guitar

You might have seen some extraordinary guitars, but this one definitely takes the cake. A heavy metal musician from Tampa, Florida who goes by the name of Prince Midnight built a guitar of out of his uncle's skeleton. 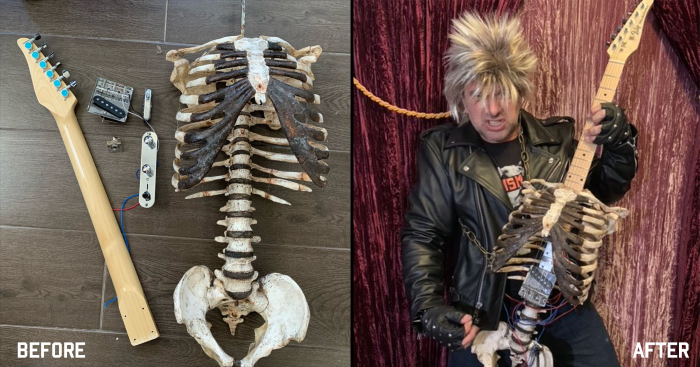 He didn't grind up the bones and make a guitar shape out of them either. Dude just straight up put a guitar neck and some electronics right through ol' Uncle Filip's ribcage and that was that. This is undoubtedly the most metal project of all time and he named it “Filip Skelecaster”.

Midnight says his uncle introduced him to heavy metal when he was a boy.

The long path to the Skelecaster began with Midnight’s uncle Filip requesting that his skeleton be donated to a school for medical education. His wishes were followed after he died in a car accident 20 years ago, but, recently, the school “no longer had a use for” the bones and returned them to Prince Midnight’s family. As he’s from a Greek Orthodox family that “refused to cremate” Filip’s remains, Midnight was left with “a box of bones from Greece” that he “didn’t know what to do [with.]” 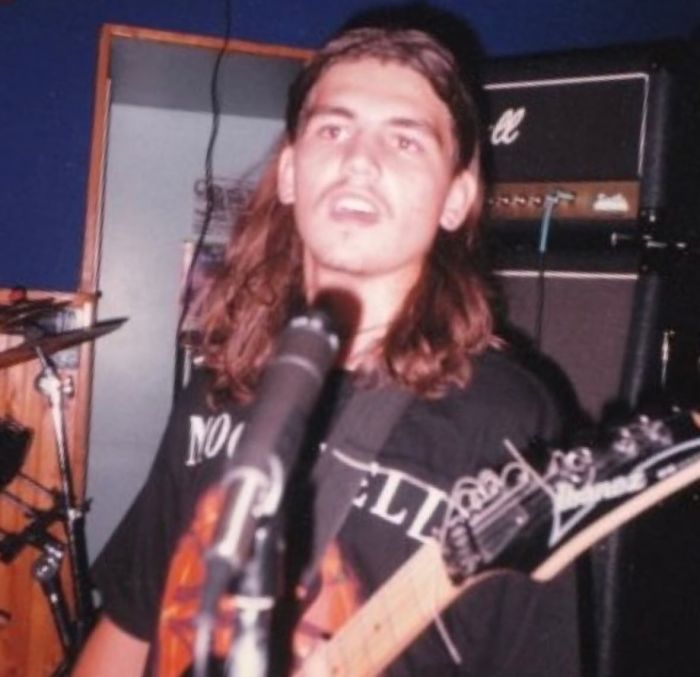 Prince decided to pay tribute to the man who taught him about the dark arts in the most metal way possible.

Rather than store or bury them, which “seemed like poor ways to memorialize someone who got me into heavy metal,” Prince Midnight decided to turn his uncle into a guitar. Apparently, it was pretty tough to pull off. He learned that “no one has ever made a guitar out of a skeleton” in his research and “started out consulting with two [guitar shop] guys” who backed out after “they got cold feet.” 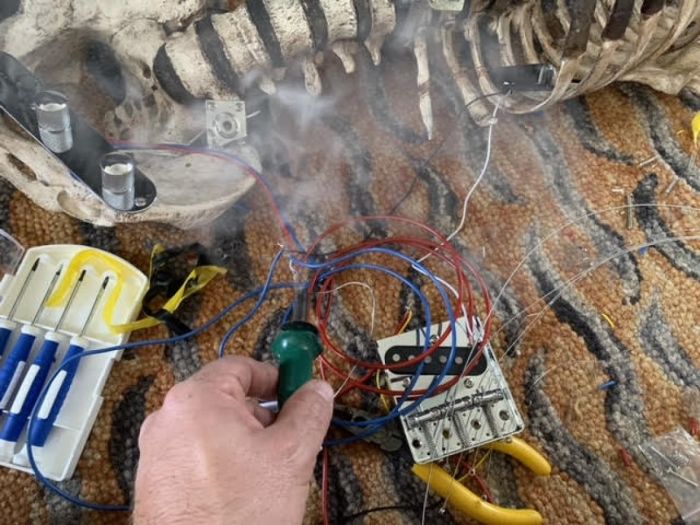 “So, I got the box of bones from Greece and didn’t know what to do at first. Bury them? Cremate them? Put them in the attic? All seemed like poor ways to memorialize someone who got me into heavy metal.

“So, I decided to turn Uncle Filip into a guitar, which proved to be challenging. I did a lot of research and no one has ever made a guitar out of a skeleton. So, I did it. I started out consulting with two guys in Dean Guitars’ wood shop in Tampa but they got cold feet.

“Anyways, now Uncle Filip can shred for all eternity. That’s how he would want it. I’m super proud of the project and how it serves to honor him, his life and his influence on me.

Determined to craft the thing anyway, Prince Midnight pressed on, finishing his work and proud in the knowledge that “now Uncle Filip can shred for all eternity.” Aside from being a wild memorial, the Skelecaster apparently also “plays perfect and sounds awesome.” 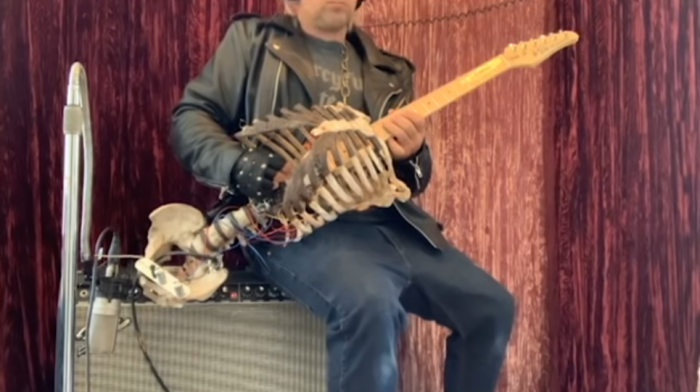 Have a look at several close-up photos of the instrument from throughout the building process.

R.I.P. Uncle Filip. You’ve unwittingly inspired a new generation of shredders to pay tribute to their hesher elders in the most metal way possible. 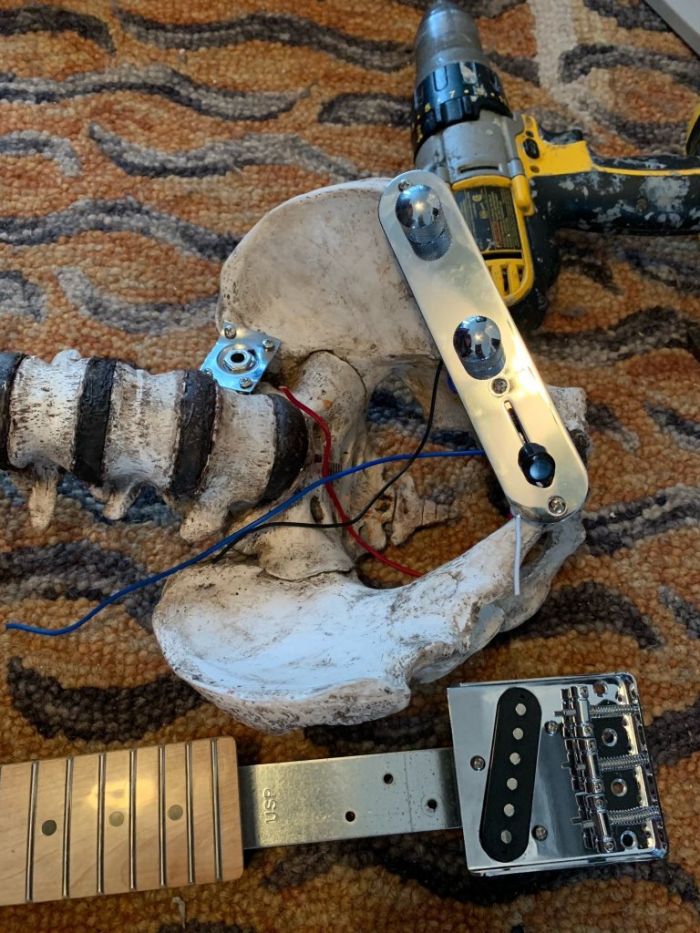 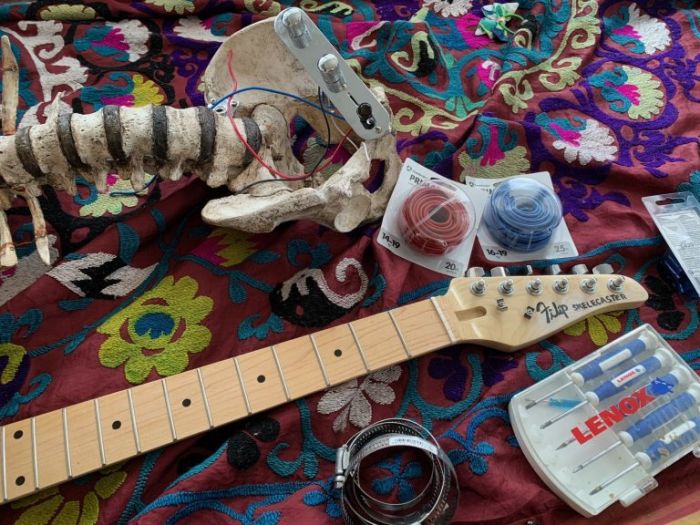 Here's a video of Prince Midnight playing Darkthrone on his uncle’s bones.

The guitar’s shape may not be the most practical, but god damn if it doesn’t make a certain kind of statement.