Posted by in Entertainment On 9th July 2021
ADVERTISEMENT

Chrissy Teigen's fall from grace was swift and hard as multiple people came forward with receipts of Chrissy bullying and telling them to kill themselves. This incident comes after Teigen's previous apology over a similar incident. 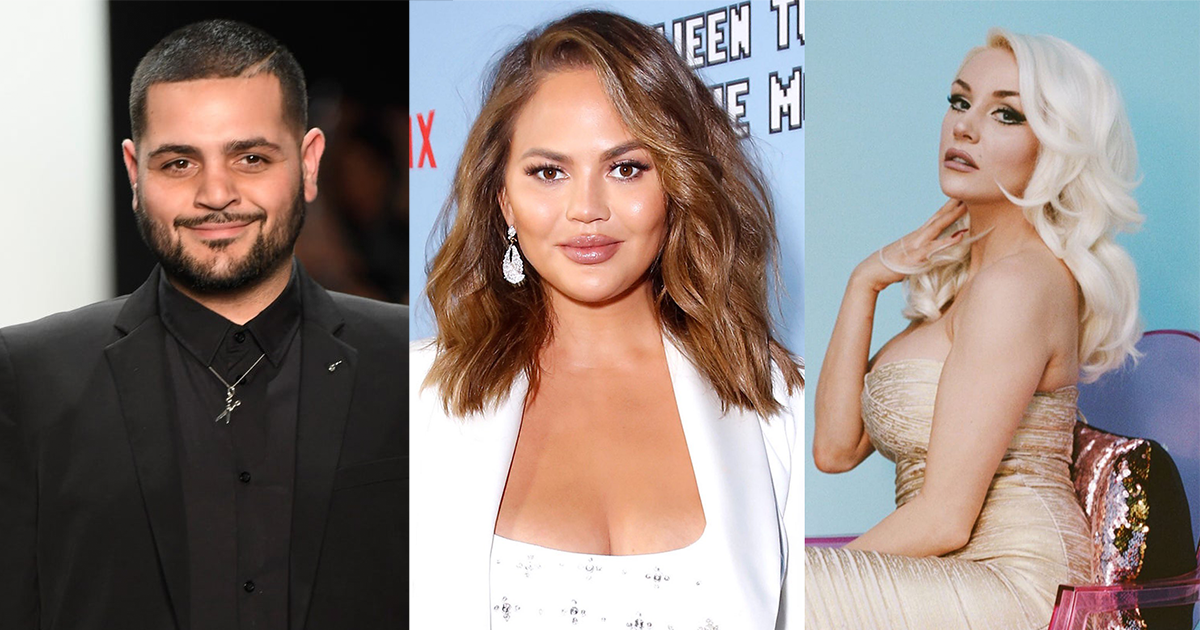 It started in 2011 when 16 year old Courtney Stodden married 51 year old Doug Hutchison. The internet, Chrissy Teigen included branded her as a gold digger and thought her to be fair game.

They attacked her without thinking that perhaps she was in fact an underage victim stuck in an abusive siutation. 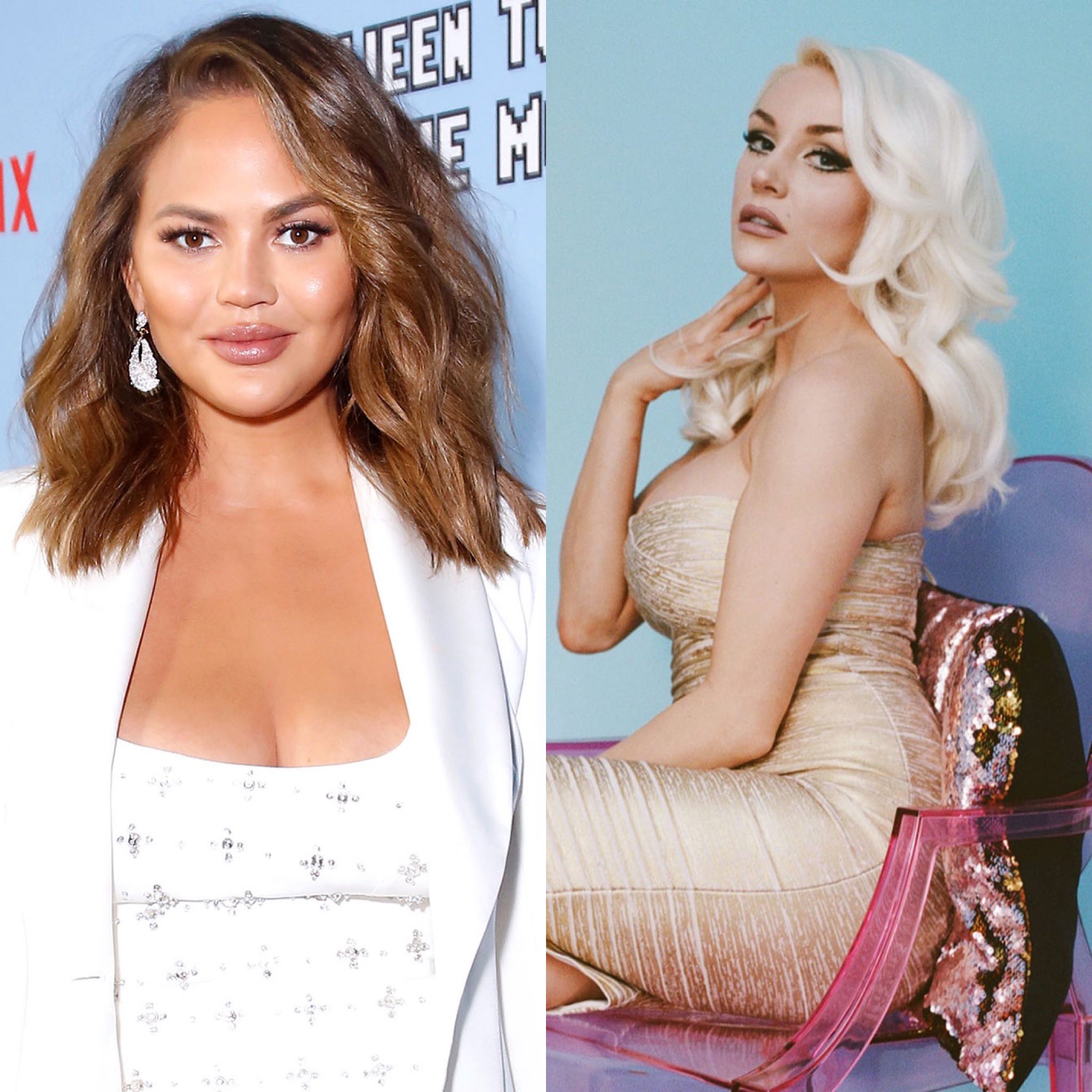 In an interview, Stodden revealed the details of the abuse she received from multiple celebs at the time, including Teigen who privately DM'ed her saying that she couldn't wait for Stodden to die. 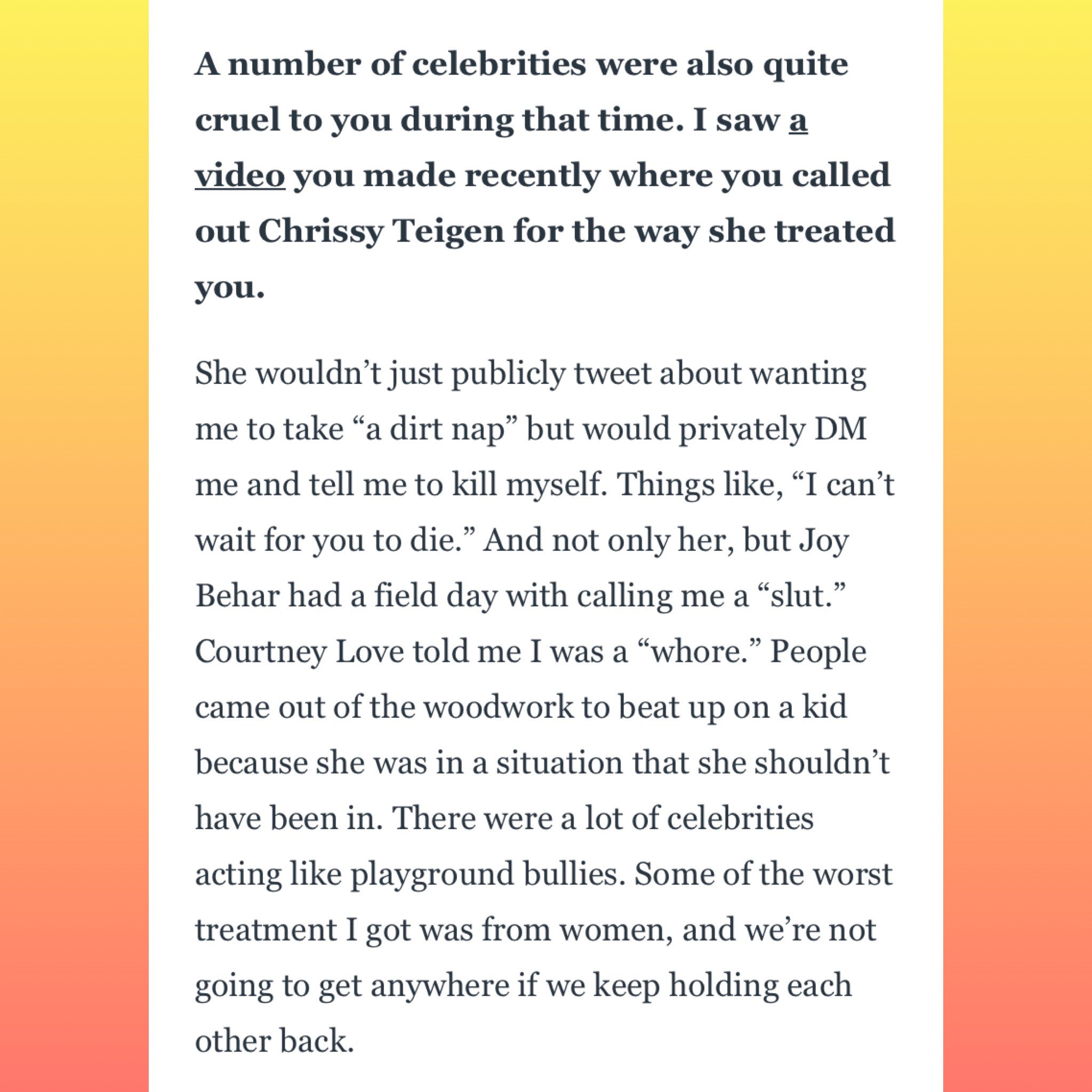 Soon after people started digging and uncovered a series of vitriolic tweets targeted at Stodden. 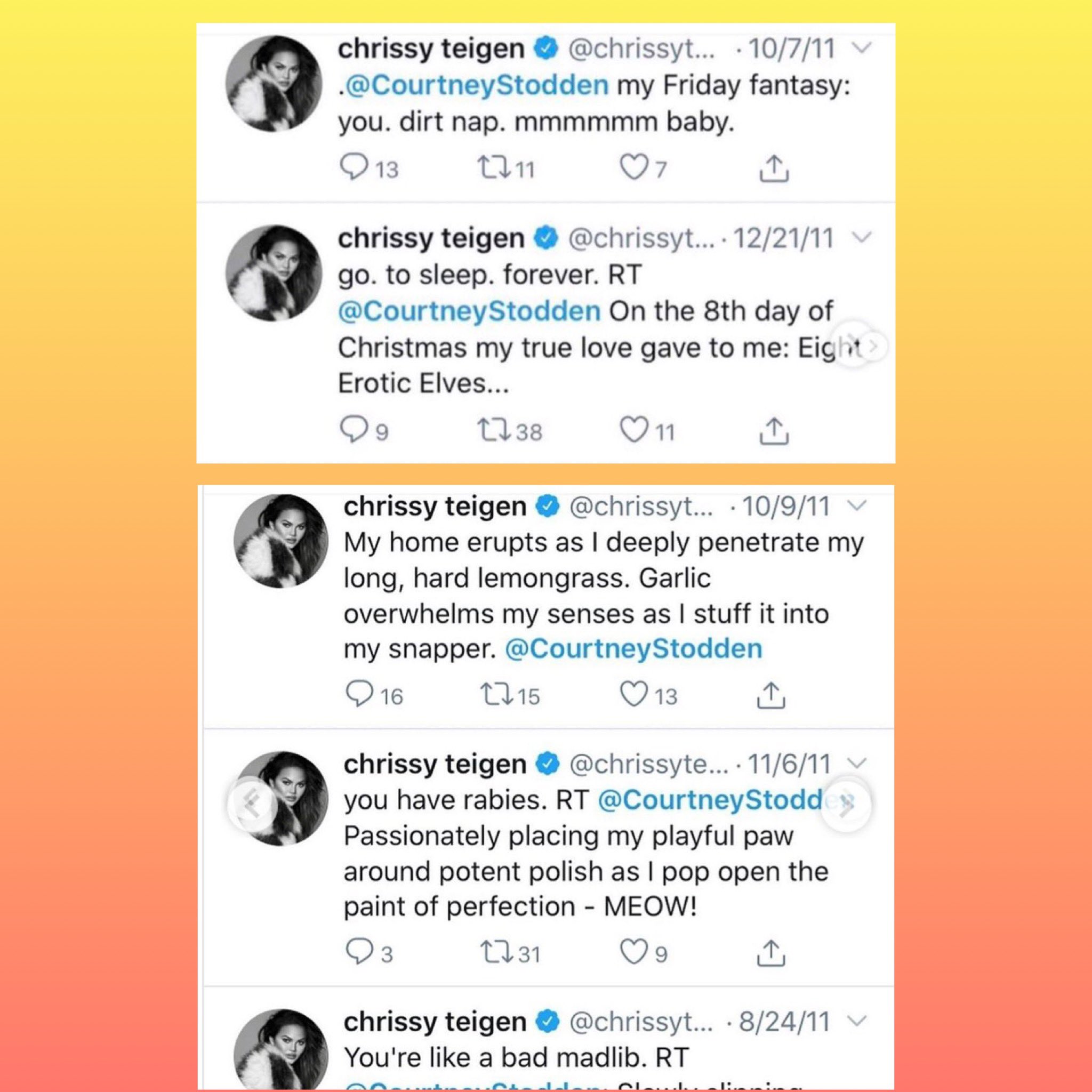 From detailed messages to simple 'I hate yous', the bullying seemed to be never ending. 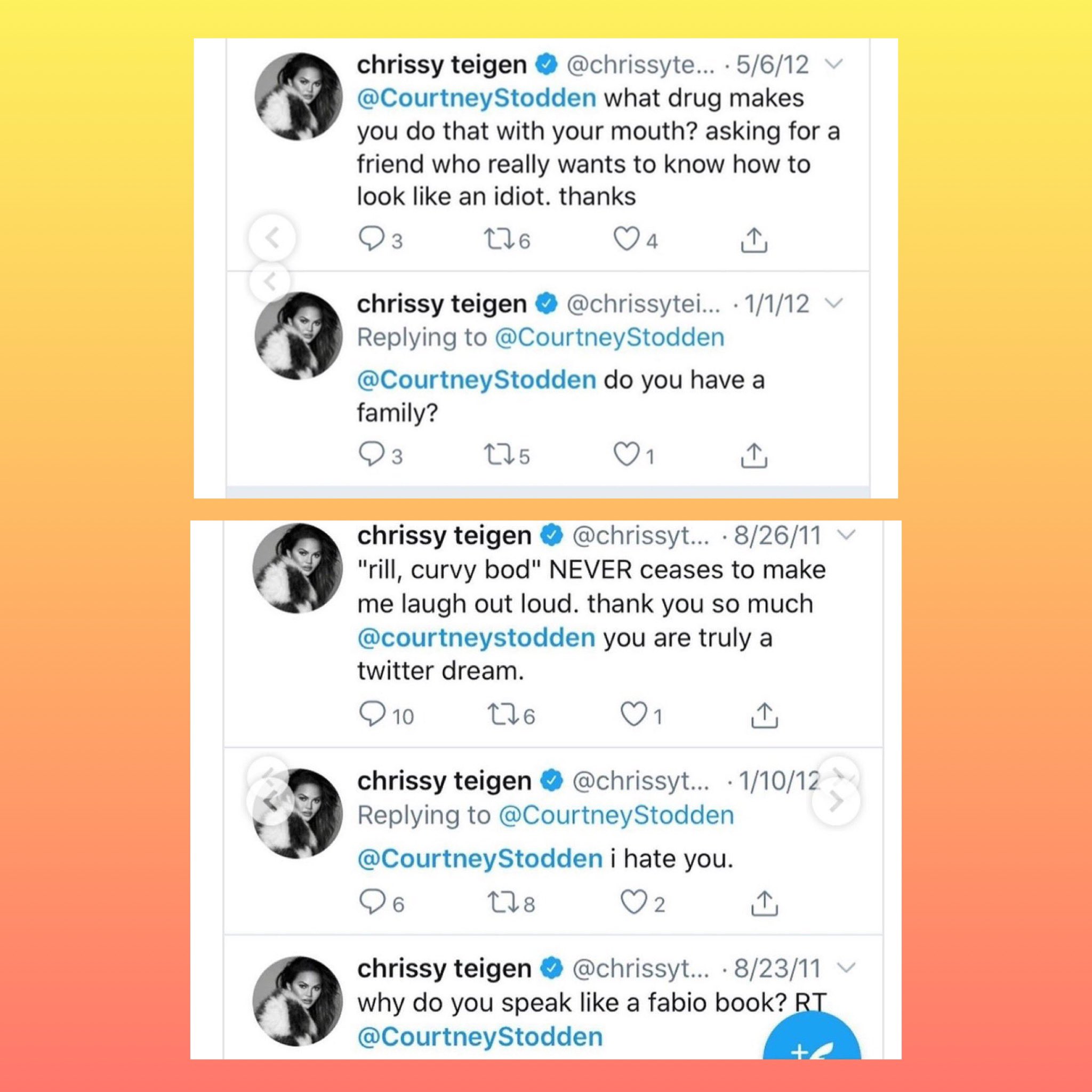 After the whole internet had a mask off moment realising that their sweetheart may not be as sweet as they think, Chrissy took to Twitter to apologise.

As part of her apology, she claimed that she had personally reached out to Stodden and apologise in person. 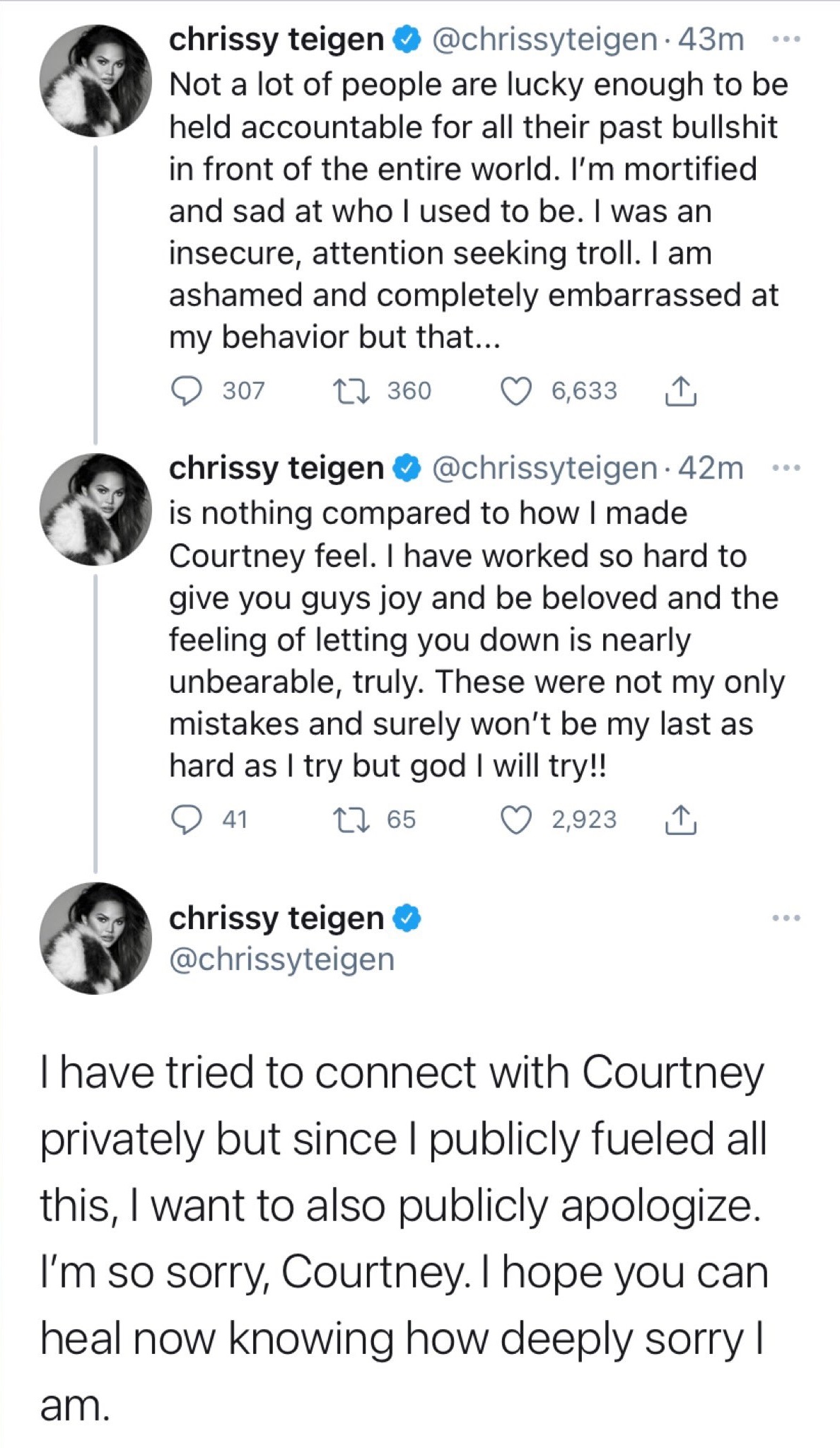 She promised to do better from then on and work on her behaviour. 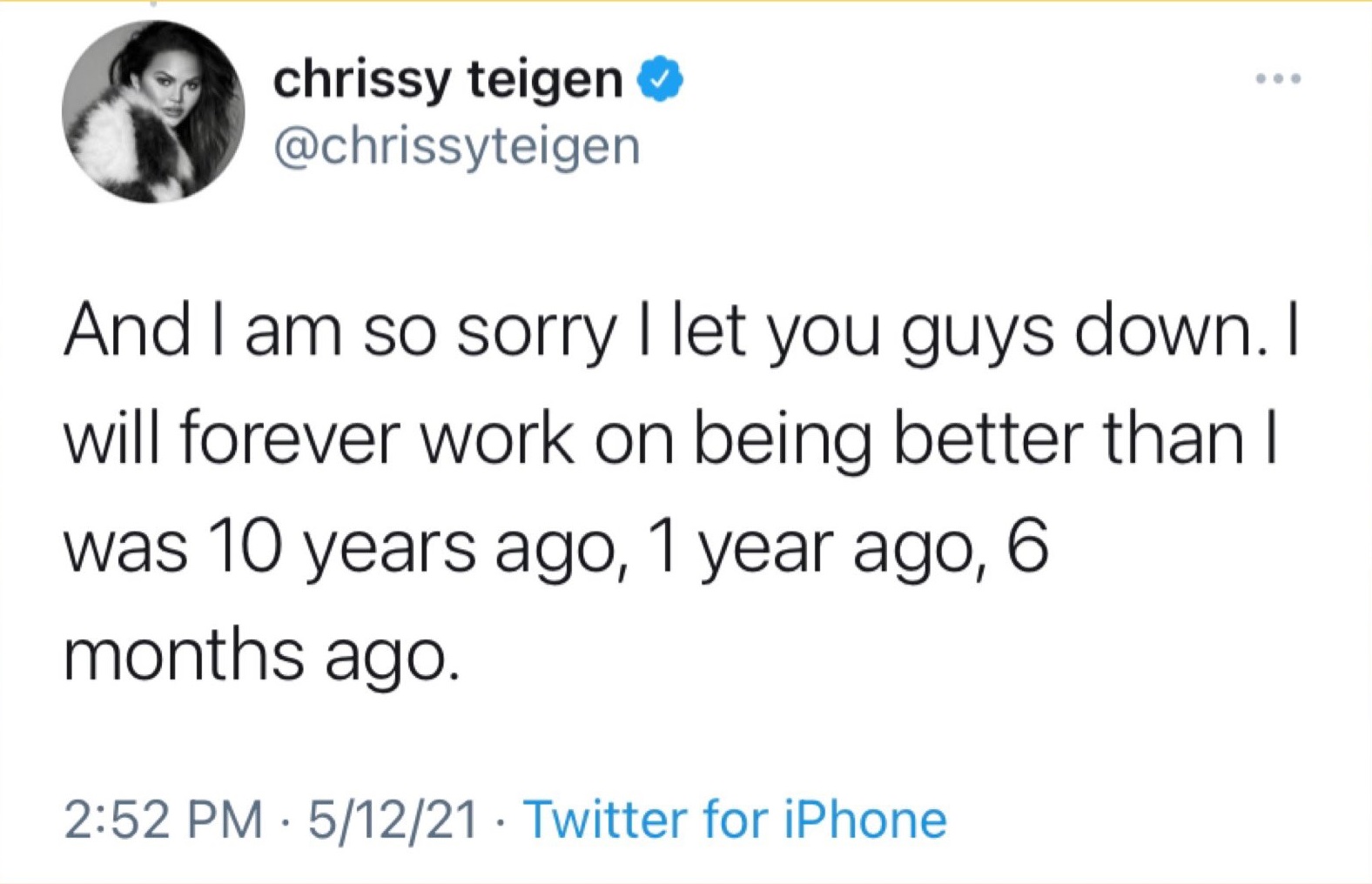 Stodden however wasn't having it. She shared this screenshot showing that she was still blocked on her Twitter. She said that while she accepted the apology, it felt nothing more than an attempt to save face and the financial partnerships she had with brands. 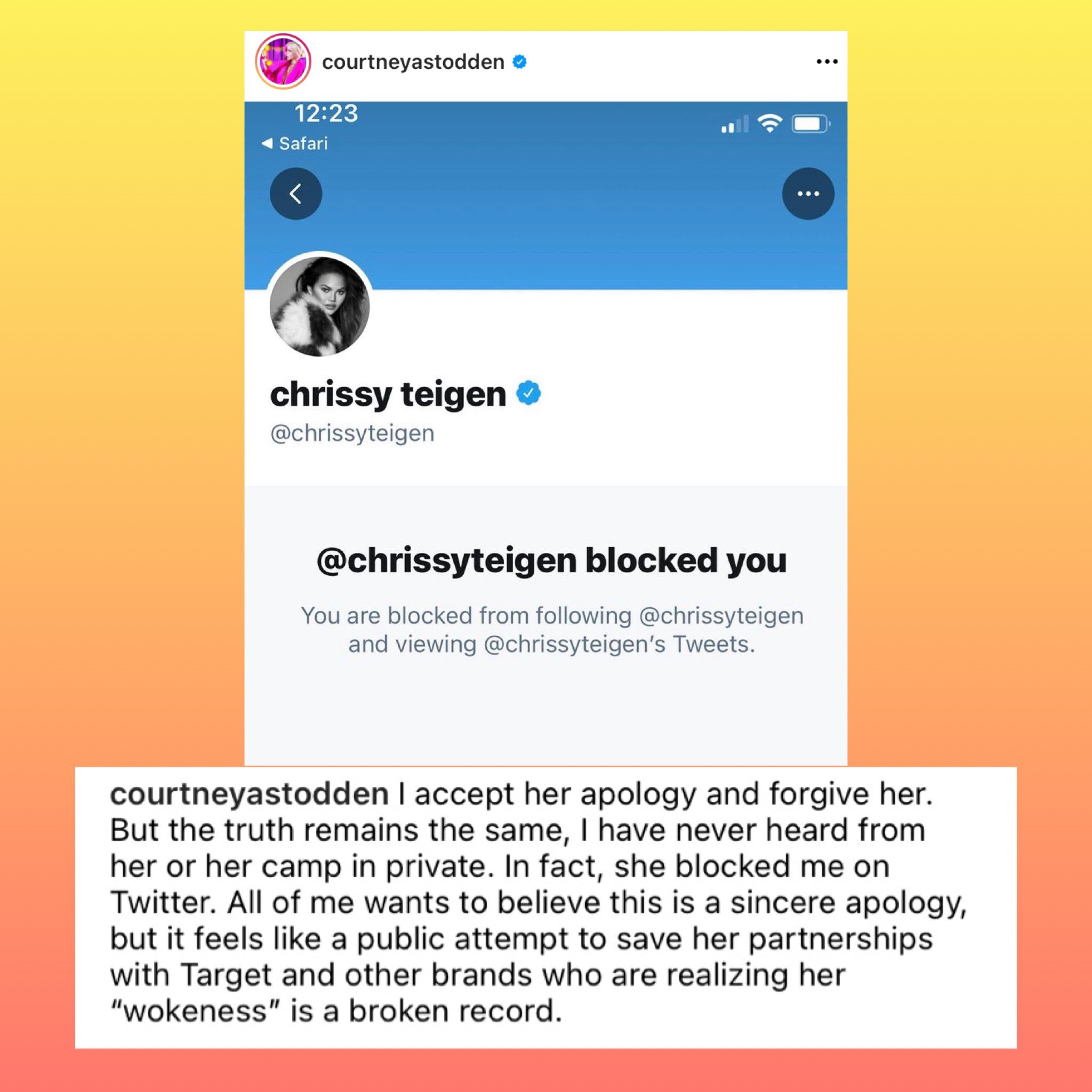 Enter Michael Costello. Right after a lengthy apology posted on Medium, Costello shared some of the messages he exchanged with Teigen.

Costello had been accused of racism in the past in an incident that was later revealed to be fake. A fabricated tweet by a disgruntled intern had left him in deep water. 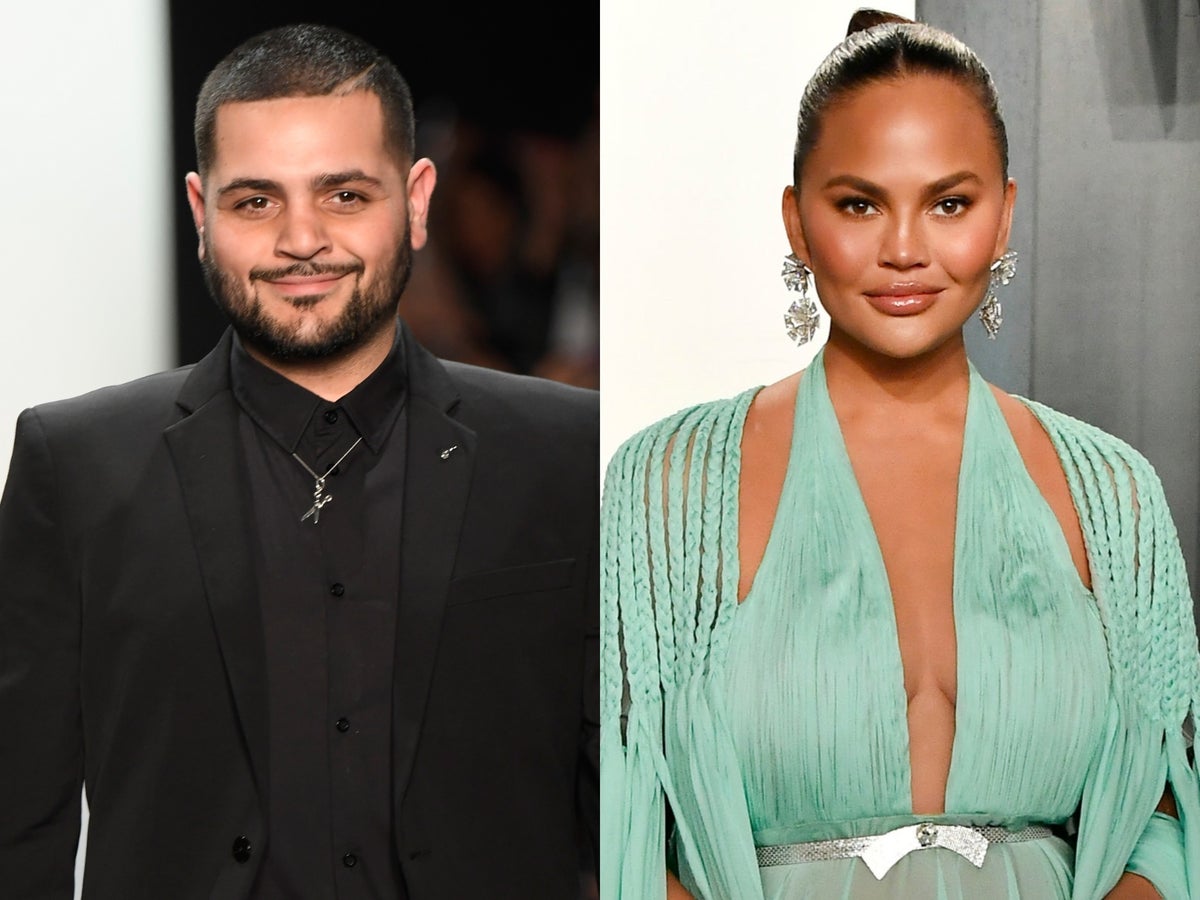 In these DMs Chrissy can be seen saying that he deserves to suffer and die. Costello appeals for her to call him so he can explain the situation but is met with hate and rejection.

“I would book jobs only to be pulled off last minute with no explanation,”

He would later find out that Chrissy Teigen would ask for him to be removed from projects. 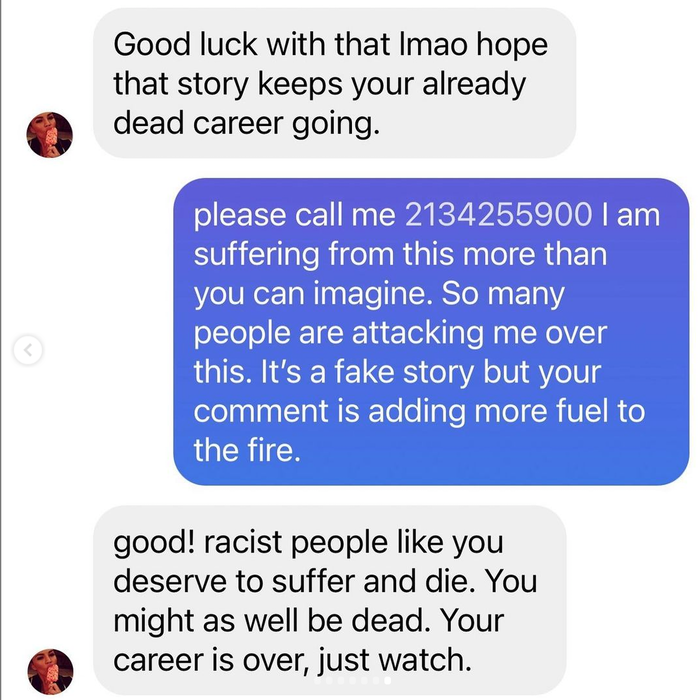 He also added that his mental health suffered as a result.

“So many nights I stayed awake, wanting to kill myself. I didn’t see the point of living. There was no way I can ever escape from being the target of the powerful elites in Hollywood, who actually do have powers to close doors with a single text.” 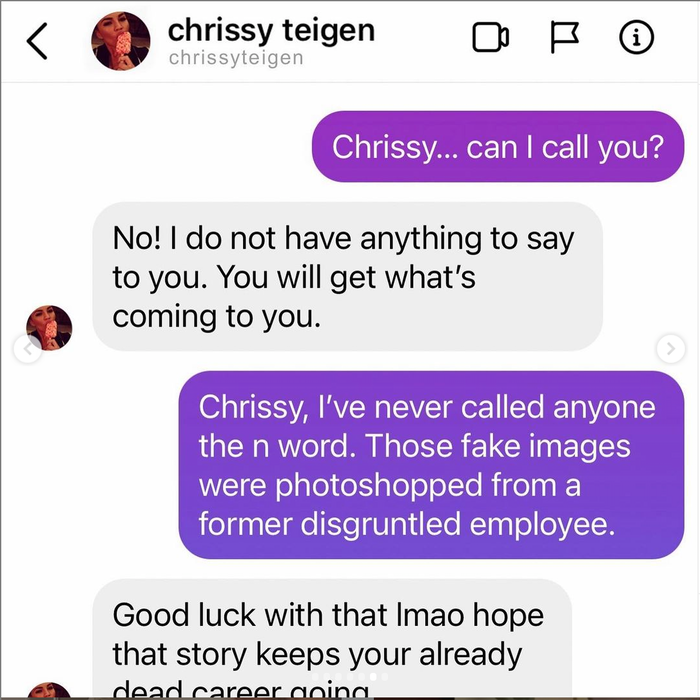 Chrissy has since been silent on Twitter and claims to be personally reaching out to people in order to make amends.