Posted by Sama in History On 12th September 2020
ADVERTISEMENT

This woman in Michigan received a postcard dated almost 100 years back. The card she noticed had been postmarked on October 29, 1920 - almost 100 years ago. Keech then took to Facebook to share images of the card, writing alongside them: "Ok so I received this in the mail today. It appears to be a really old letter." 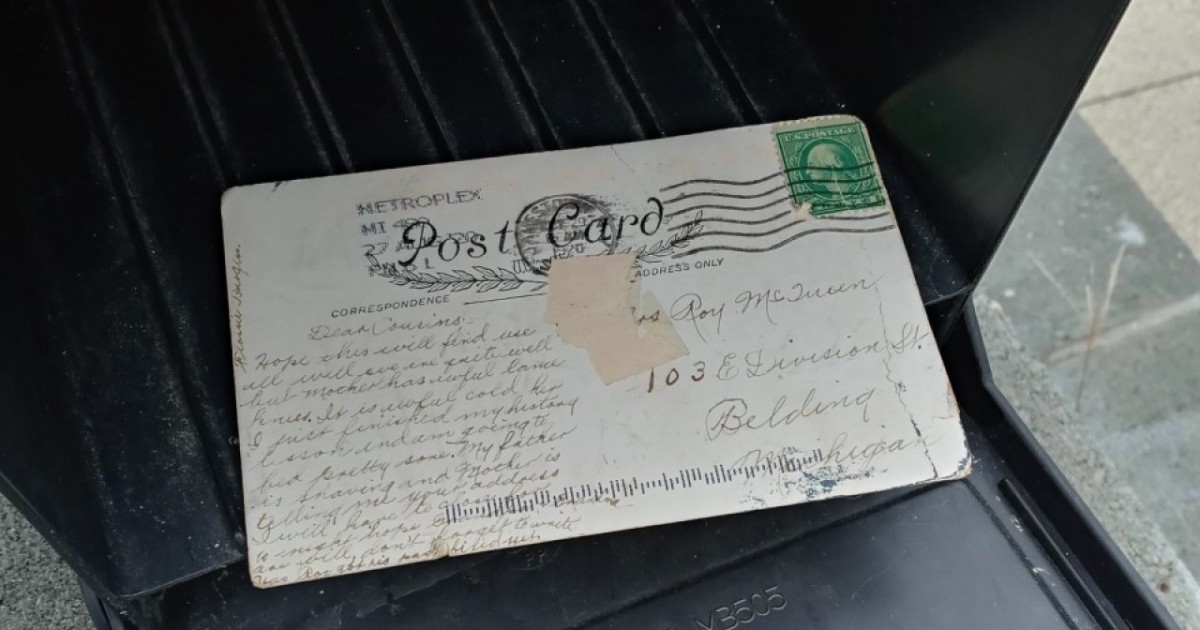 This surprising incident took place in Michigan where Brittany Keech sifted through her mailbox earlier this week and was shocked to find a postcard among her usual bills and junk mail.

Speaking to CNN, Keech said: "I thought it was very peculiar that I was receiving a postcard because nobody sends postcards anymore nowadays. 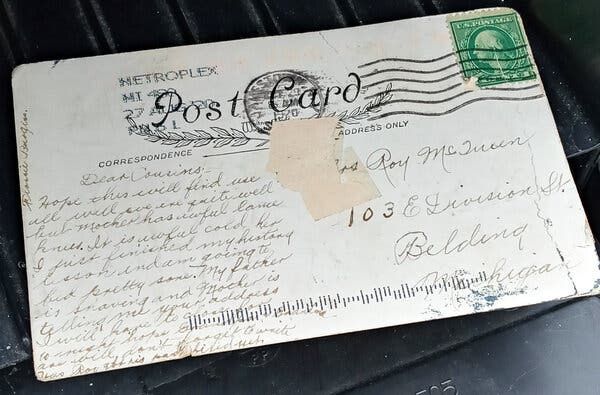 It was then she realized that the postcard was dated October 29, 1920 -which makes it almost 100 years ago.

Yes, despite having her Belding, Michigan, address, this card was for somebody named Roy McQueen and featured faded cursive writing.

Keech then took to Facebook to share the letter, writing alongside them: "Ok so I received this in the mail today. It appears to be a really old letter."

"Hope this will find you all well. We are quite well but mother has awful lame knees. It is awful cold here. I just finished my history lesson and am going to bed pretty soon.

"My father is shaving and my mother is telling me your address. I will have to close for a night. Hope grandma and grandpa are well. Don’t forget to write us – Roy get his pants fixed yet." 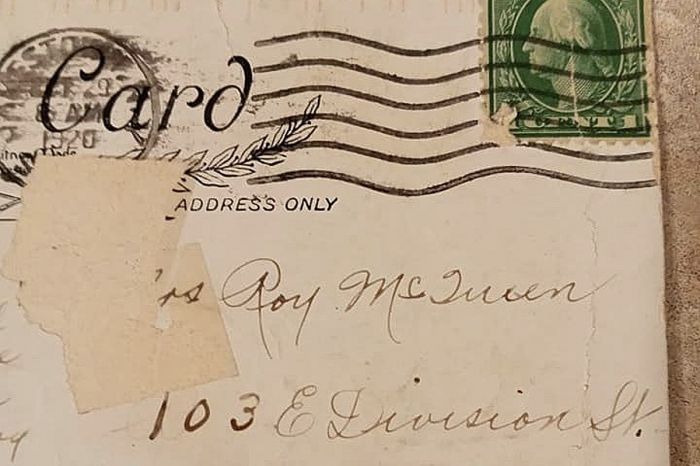 The card was signed by a person named Flossie Burgess.

The card was sent two days prior to Halloween in 1920 and also features a cartoon of a cat holding a broomstick, a goose with its head in a pumpkin, a bat, an owl, and an old lady standing in front of a shocked pumpkin. 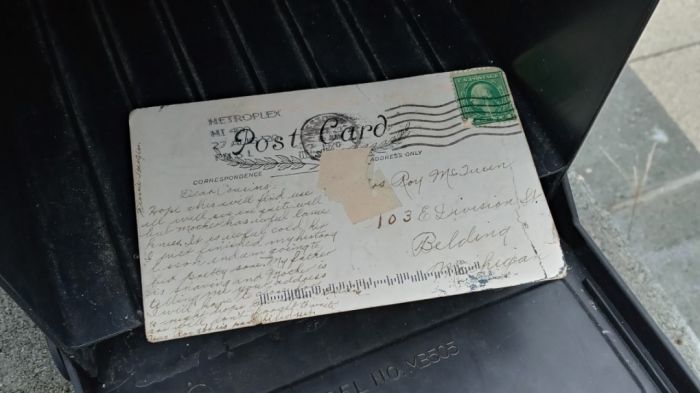 On the other side, the postcard also features a George Washington one-cent stamp, and the postmark appears to read 'Jamestown'.

Speaking to WXMI, a spokesperson for the Postal Service revealed that "in most cases, these incidents do not involve mail that had been lost in our network and later found".

Rather, instances like this are usually the result of old letters being purchased at "flea markets, antique shops and even online", and then reposted into the system, the spokesperson said.

"The end result is what we do best," they continued. "As long as there is a deliverable address and postage, the card or letter gets delivered."

Keech posted that she is now on a mission to reunite the card to its rightful owners. 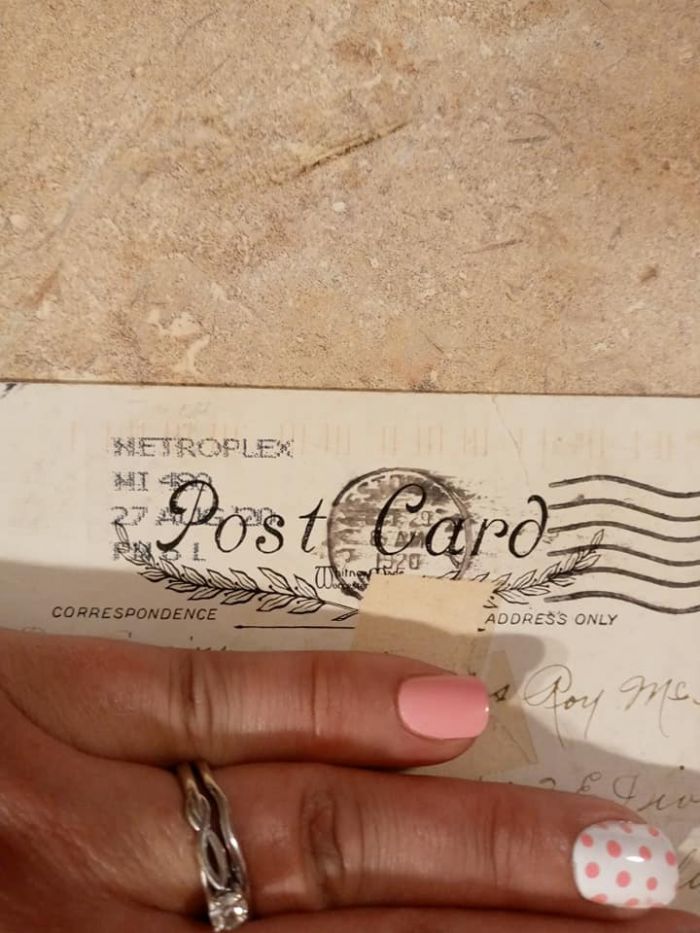