Fighter fans were shocked and disgusted when they saw an MMA fighter competing at the event was sporting multiple swastikas on his chest and right shoulder. The man even has a ‘Rune’ a Norse symbol on his left shoulder that was adopted by the Nazi Party to represent Aryan heritage.

An MMA fighter covered in Nazi and far-right tattoos got savagely beaten in the first round just three minutes into the fight.

Netizens were shocked to see Mikhaeils body covered in so many tattoos.  Mikhail Turkanov, 33-year old from St Petersburg was proudly seen sporting swastikas on his chest as well as the right shoulder. 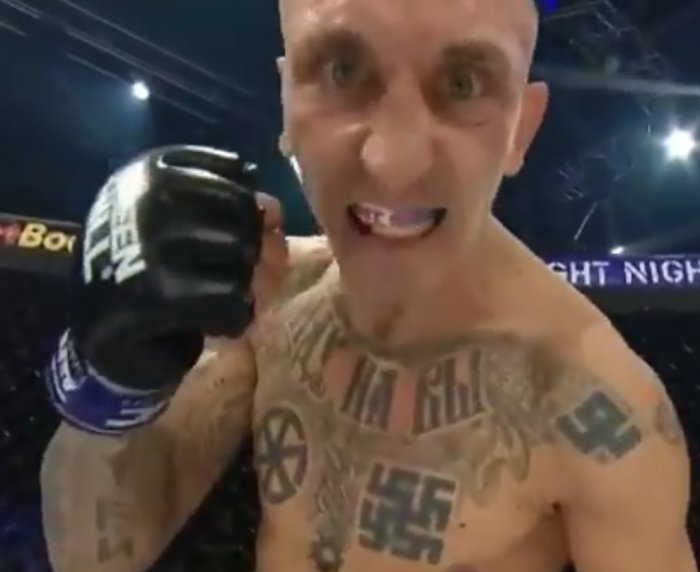 The man even has a ‘Rune’ a Norse symbol that was adopted by the Nazi Party to represent Aryan heritage on his left shoulder.

Mikhail was seen competing at the AMC Fight Nights promotion in Sochi, Russia, against Alibeg Rasulov in a welterweight contest. 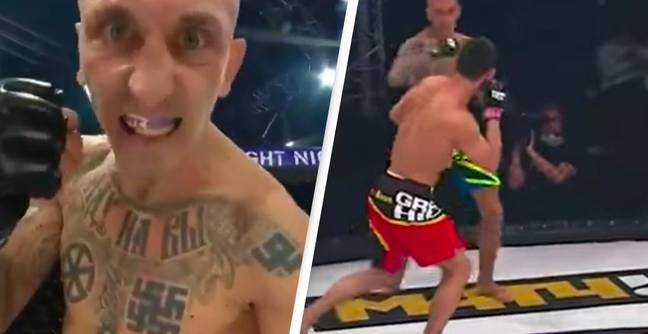 Fighter fans were appalled by the tattoos on Mikhail's body and many wondered that with these tattoos on display how did even Mikahail got booked for fighting?

Very bad look for FNG to let a nazi fight in your promotion.... pic.twitter.com/RuQEQimosA

A Nazi got his ass whooped at Fight Nights.

Christ. Happy to see the man get destroyed but sad to see orgs putting him on TV and giving him a paycheck. Fucking hell.

The only bright side of this story is that Mikhail lost the fight in the first round in just three minutes and four seconds through TKO and referee stoppage. 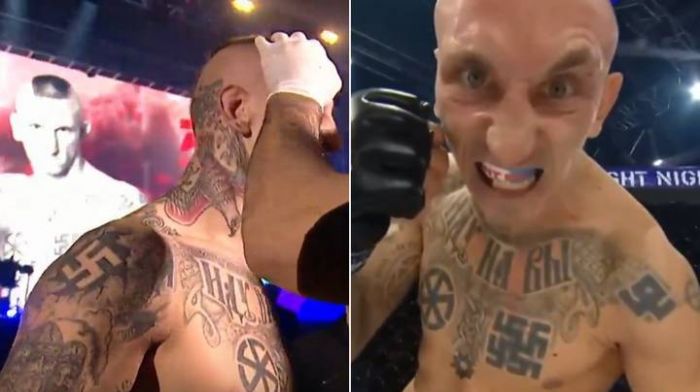