Posted by Sumaiya Ghani in News On 3rd February 2021
ADVERTISEMENT

Isabelle Eleanore, is an Instagram model who was flying with her husband when staff members ordered her to cover-up saying she can't wear a bikini. She felt 'degraded' and embarrassed in front of all the people when she was handed a hi-vis vest to wear over her black top. "They forced me to put on a hi-vis vest. Am I lost... is it 1921 not 2021?" 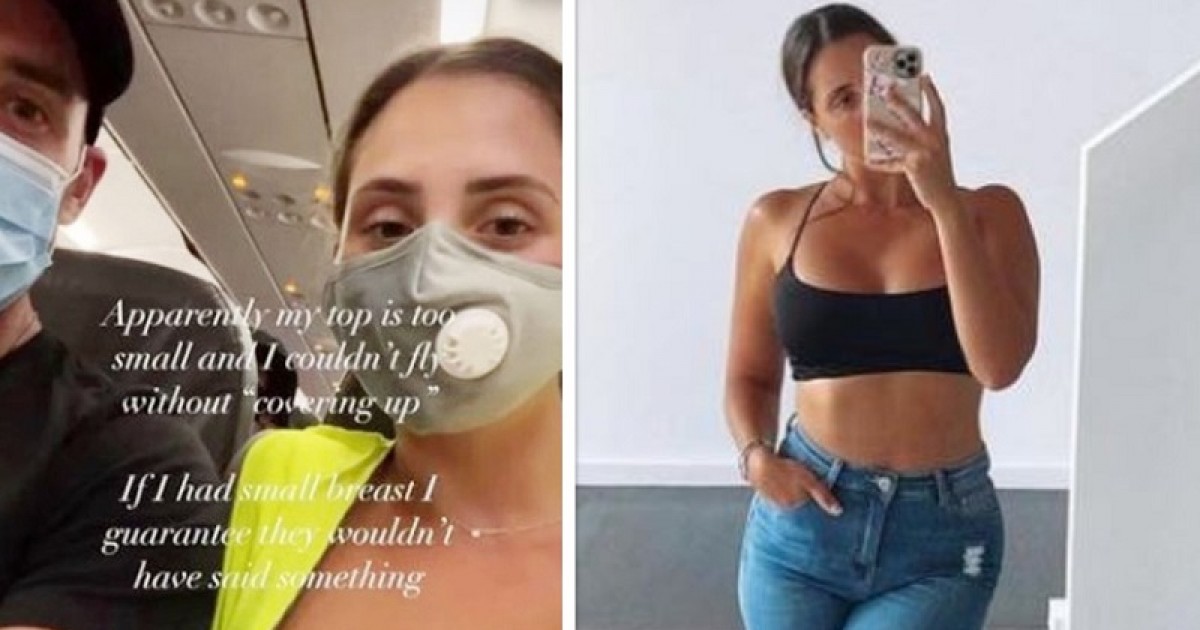 The staff of an airline told an OnlyFans and Instagram model, Isabelle Eleanore, to cover up her 'inappropriate' outfit. The model said she felt humiliated when the staff give her a uniform and told her to cover up her outfit that was a black crop top.

The model felt insulted and told her fans what happened in a video on her Instagram stories.

The OnlyFans model said Jetstar staff ordered her to cover up, allegedly saying: "You can't wear a bikini." 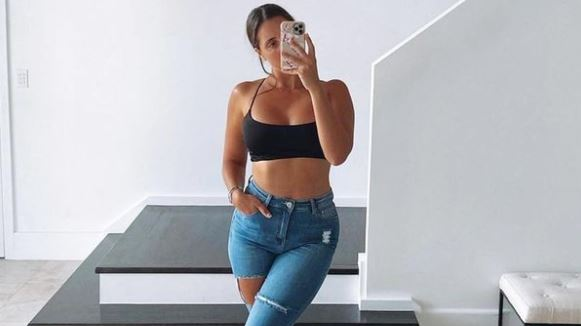 Isabelle Eleanore, from Australia, couldn't believe her ears when the cabin crew told her black crop top was not suitable for flying. She was traveling with her husband, the couple said they felt 'degraded' and embarrassed when the staff member handed a hi-vis vest to wear over her blacktop.

In a video made especially for her fans, the model said;

Isabelle said: "So they made a huge scene when I stepped on the plane and made me wait in front of everyone while they searched for something to cover me up with."

"Then I had to walk all the way to my seat wearing this vest. This is discrimination and humiliation Jet Star Australia."

"Apparently my top is too small and I couldn't fly without covering up."

"If I had small breasts I guarantee they wouldn't have said anything." 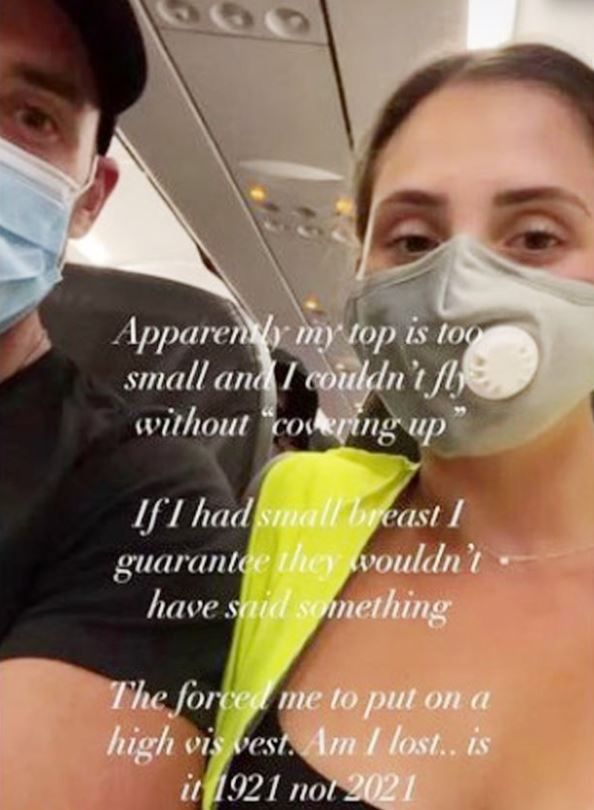 Isabelle's video caused chaos, in an interview with Nine News the model said she was traveling with her husband Jeremy Szwarcbord, and that she felt as if she was being victimized.

"She looked at the ticket and then looked up and said, 'Oh, do you have a jumper you can wear?' and then here's me thinking she must be concerned I'm going to get cold on the flight, it's going to be cold in Melbourne or something."

Jetstar has apologized to Isabelle for the misunderstanding

When the incident made to major channels, Jetstar apologized for the 'misunderstanding' and said in a statement that the airline has no policy on crop tops.

The firm said in a statement to Mirror:

"We've contacted Isabelle about her recent experience and have apologized for the way the situation was handled."