Mom, 42, Falls In Love With Her Son's Best Friend Who Is 22 Years Younger Than Her

Posted by Sama in Bizarre On 30th November 2020
ADVERTISEMENT

Dawn Northey fell in love the first time she met Takhari Aldridge, her son's best friend. Even though Dawn's son is okay with the relationship but Takhari's mom and Dawn's family are not, in fact, Takhari's mom has cut her ties with her son. 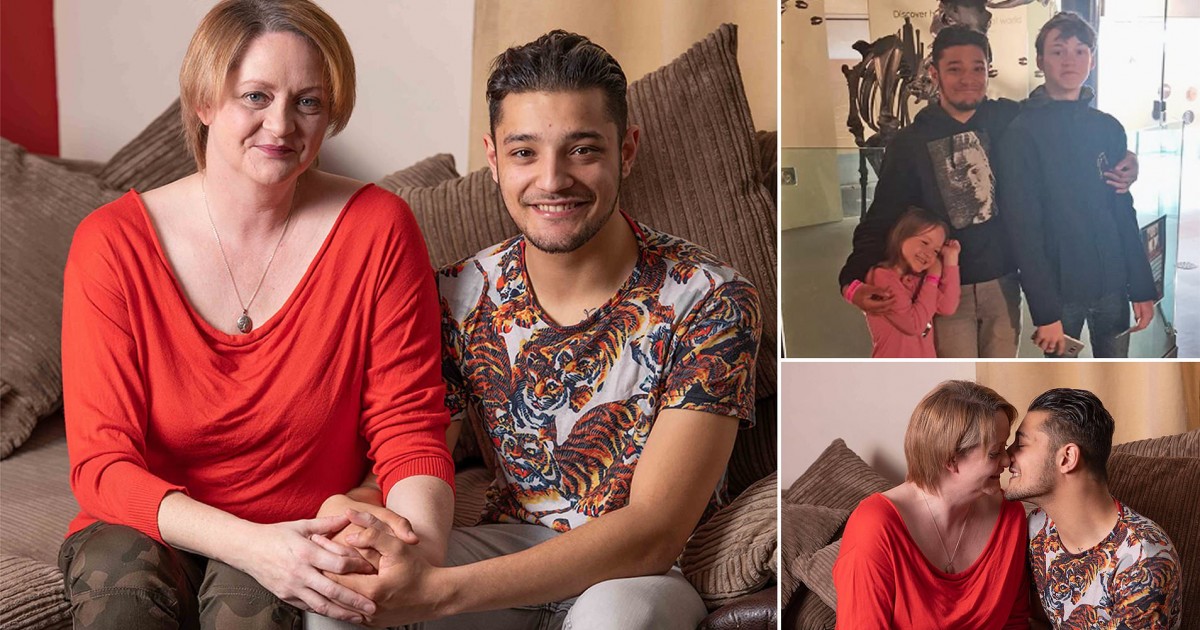 For Dawn Northey, 42, from Wolverhampton, West Midlands, it was love at first sight when she met Takhari Aldridge, 20. The pair were formally introduced by Dawn's son when Takhari was 18-years old.

Dawn's son, Callum Northey, 18, and Takhari had been online gaming friends for three years before finally meeting in June 2017. 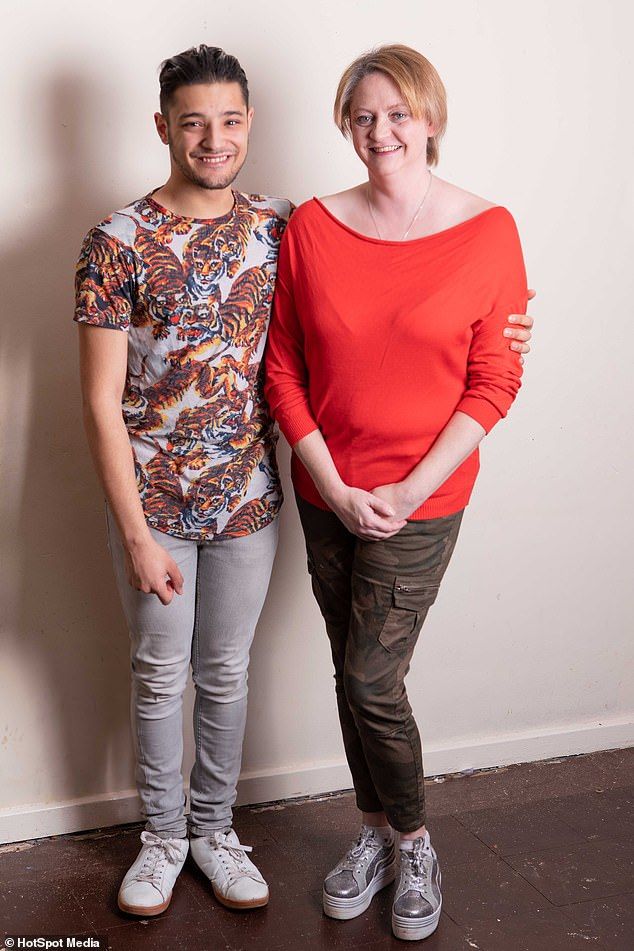 7 months after they met for the first time, Dawn and Takhari kissed in the car.

Dawn says her son is happy with her relationship but not all people are accepting of it.

Dawn, who is unemployed, says: "When I first met Takhari, I couldn't believe I found an 18-year-old attractive. Thankfully he fancied me too in the end and now we're head over heels in love." 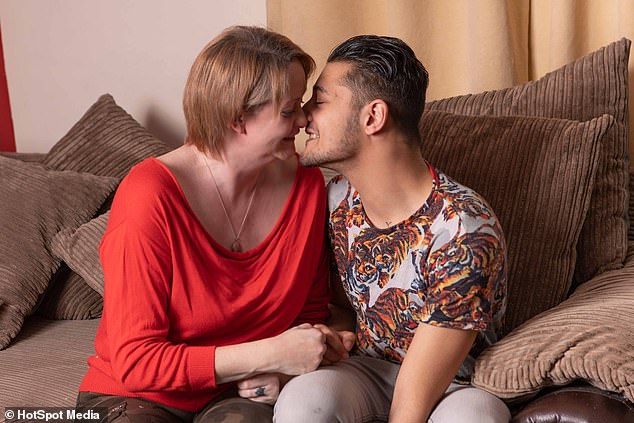 In July 2014, Dawn's son, Callum, met Takhari, who is unemployed, online while playing Xbox games. Over the next three years, they spoke every day until Takhari invited Callum to his house in June 2017.

Recounting the events when they first met, Dawn recalls that she drove her son 300 miles from their home Glasgow to Wolverhampton so he could stay with his gaming pal.

She says: "As we pulled up to the house, I saw Takhari standing in the driveway. He was tall, dark and handsome. I went inside and chatted with Takhari's mum while the boys played video games upstairs." 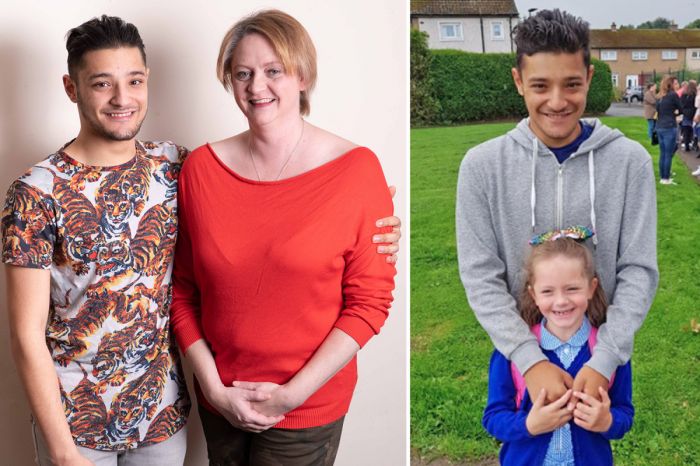 Dawn's 15-year old marriage with Callum's dad ended in January 2018. The couple split up and a few weeks after the separation Callum invited Takhari to stay with them.

She says: "When Takhari came to visit, I was excited to see him. I kept stealing glances at him around the house. Every day I had to tell myself I was too old for him and to stop being daft. I thought it was just a silly crush."

The next week, Dawn drove Takhari back home to Wolverhampton. She remembered: "As we chatted away about our lives, I had no idea how mature he was.

"When we arrived, Takhari suddenly leaned in and kissed me in the car. I couldn't believe it. I had no idea he fancied me too. I was over the moon."

Takhari's mom discovered the affair six days later and furious with her son, she kicked him out of the house.

Dawn says: "I was heartbroken. Takhari had nowhere to live so I told him to come stay with us. Next, I needed to come clean to my son, but I was terrified.

"That night, I told Callum that Takhari and I had romantic feelings for each other. I explained that if he didn't accept us then we would end it immediately, as neither of us wanted to sacrifice our relationship with him.

"Callum shrugged his shoulders and told me he was fine with it. I'd never felt so relieved." 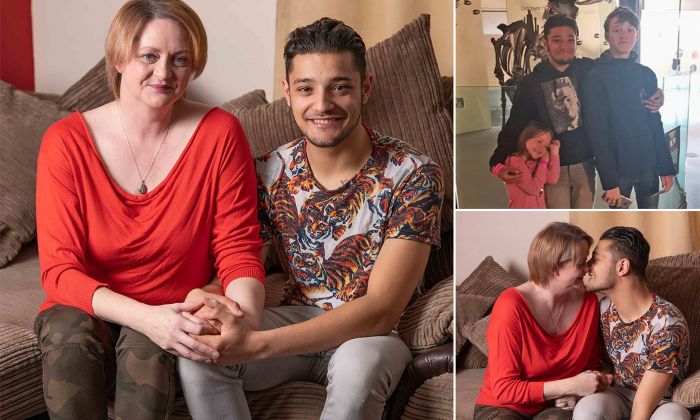 Though her son is more accepting of her relationship, society is not.

"Even someone from my family accused me of grooming Takhari and threatened to call the police. We were both horrified."

Despite an age difference of 22 years, the couple insists that they are very happy together.

Dawn claims her relationship changed her life: "Takhari has given me a new lease of life.

"He and Callum are still best friends and it hasn't affected their friendship. Addison even calls Takhari Dad now, it's adorable.

"Although Takhari's mum hasn't given us her blessing, we really hope she will one day. I don't see why people judge our relationship when we are simply happy and in love. Most of the time we forget we have an age gap anyway." 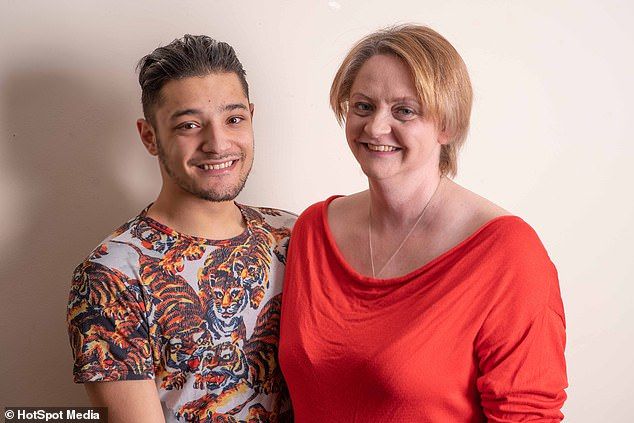