Posted by Zainab Pervez in News On 27th March 2021
ADVERTISEMENT

She was accompanied by a male visitor and a student from another school. 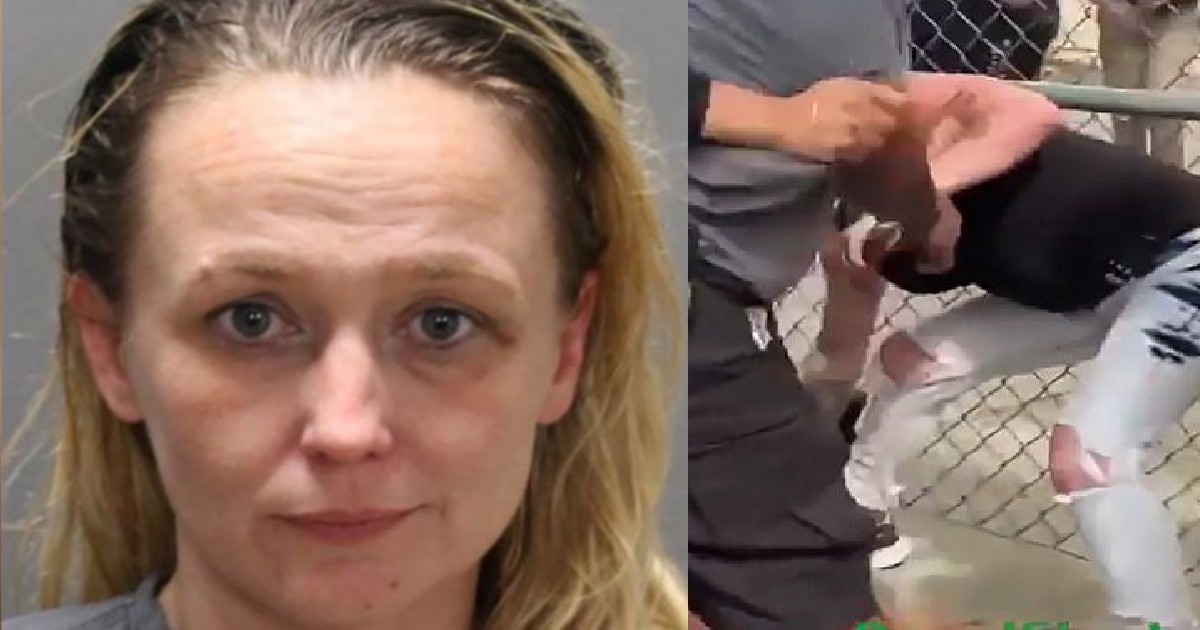 A mum was arrested after she allegedly turned up to her daughter's school with boxing gloves and attacked a student. Edith Riddle, from Jacksonville, US, went down to DuPont Middle School earlier this month following an issue between her daughter and another student at the school. 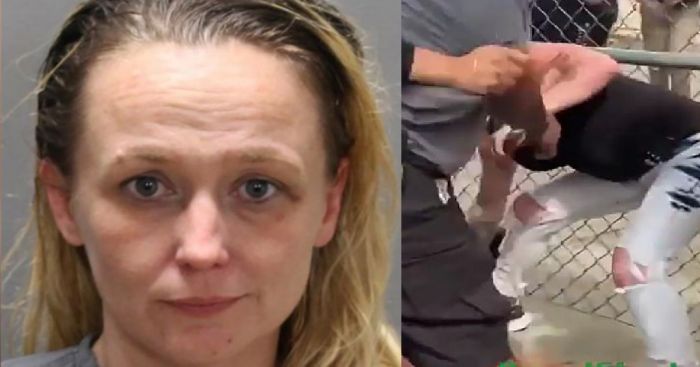 The trio then reportedly made their way to the school cafeteria, with Riddle's daughter darting over to a fellow student, 12, and pushing her to the ground.

One witness told investigators Riddle was wearing a boxing glove when she arrived at the school. 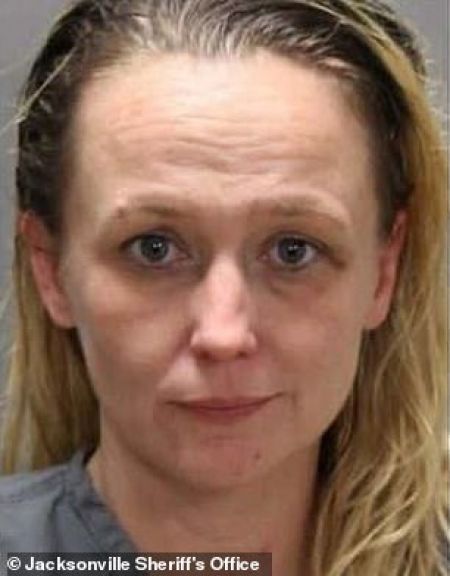 Riddle allegedly told police the boxing glove was glued to her wrist and she couldn't remove it. Cellphone footage appears to show Riddle - without the glove - repeatedly punching the child lying on the ground.

The video also shows an adult male stood nearby holding a pair of boxing gloves.

Police were alerted to the incident after a school safety officer heard a 'frantic' announcement from a teacher over the school's radio system about a fight outside the cafeteria.

The fight broke out after Riddle was leaving the school with her daughter after a meeting with the vice principal. 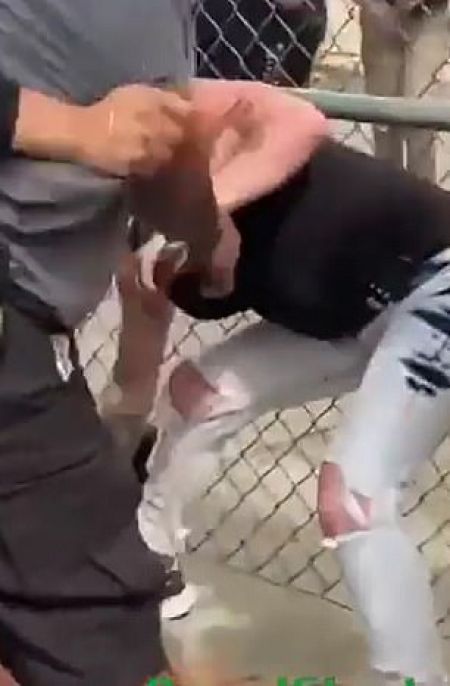 She was later arrested and charged with one count of child abuse with a personal or special weapon, while the victim reportedly suffered cuts to her knees and forearms and was taken to hospital for treatment.

Crystal Wiltsee, the mother of the injured student, has now asked how two adults could have been allowed to get onto the campus. 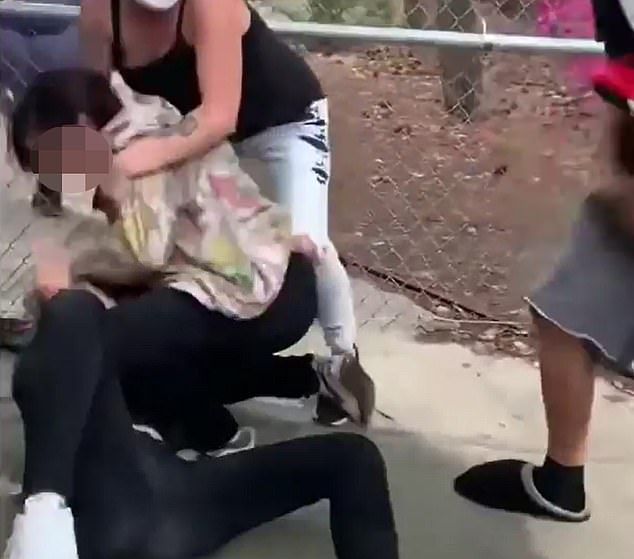 She said: "The moment that she chose to touch this one, it's a whole other - and she's just not to blame, I put the school to blame just as much as her, because had they escorted the lady off the property when they showed up to the school in boxing gloves. That's not normal." 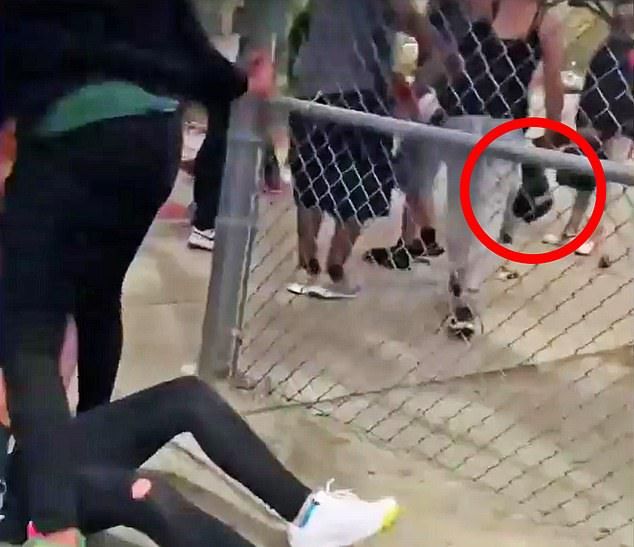