Angel Fiorini, a homemaker in Washington DC proved that there is no boundary to the extent a mother can go to protect her child. Fiorini when faced a life and death situation after her home caught fire with she trapped inside with her three kids, knew that no matter what she has protect her children. In order to do so, this brave woman literally walked through fire twice to get her kids to safety.

Being a parent one often imagine situations when their child is in danger thinking that would you be able to protect your child from any harm that comes in his way. Always trying to keep your child safe and praying to keep him away from evil part of the world. 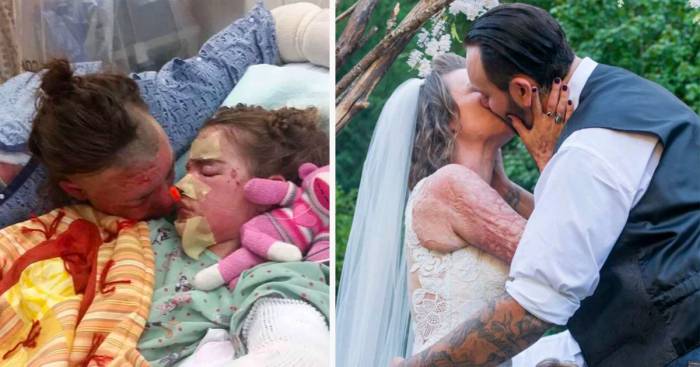 You know that you will fight until the end to keep your child protected. But what happens when you face such situation in reality?

Meet this brave Washington mother Angel Fiorini who jumped into the fire to save her three kids when their house caught fire. Fiorini, 33 was sleeping soundly with three of her kids in their new furnished room. Their 2,600 square-feet home was undergoing renovation at the time. 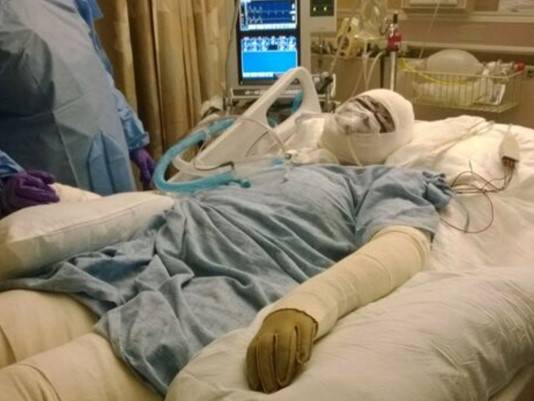 When the house caught fire Fiorini was alone at home with the kids while their father Aaron who is a flooring specialist was out with friends.

At around midnight Fiorini in her sleep realised something was wrong as she struggled to breathe. Waking up 33-year old homemaker realized that their house has caught fire. Opening her door, Fiorini says, "My heart dropped to my stomach, flames were blazing from door to ceiling." Realizing the dangerous situation, Fiorini immediately got into action and picked up her children Vinnie,3 and Rosalie, 17-months old in her arms to get them out. 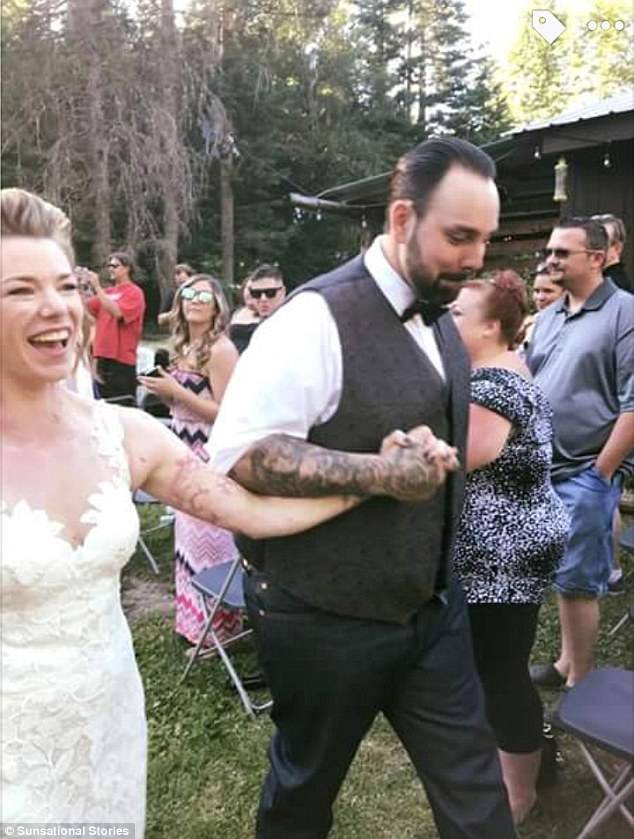 Fiorini's initial plan was to return back to get her daughter Gianna,8. However, looking at the fierce situation she had doubts if she would be able to get back to her daughter.

After dropping her two young kids to safety, Fiorini knew that it was only on her to save her daughter as only she knew the exact location of her. She said, "In that moment, the smoke being so thick and so black, and the fire moving as fast as it was, I had no idea how I would get back in there. There was no way that I was going to stand outside my house watching it burn with her inside. There was nobody to call for help, and I knew that I was the only one who knew where she was in the house, and waiting wasn’t an option." 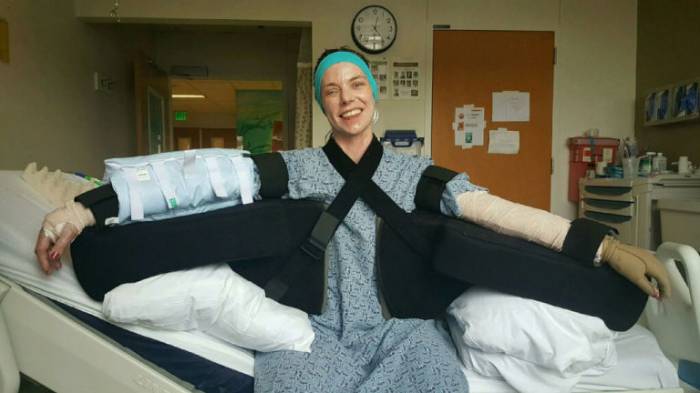 Without thinking twice, Fiorini went back inside the burning home and fighting her way through the intense heat and smoke, Fiorini reached her daughter and dragged her out from the burning room. The mother-daughter duo till reached the front door they had severe third-degree burns on their whole body while the melted skin was hanging from their arms and hands. 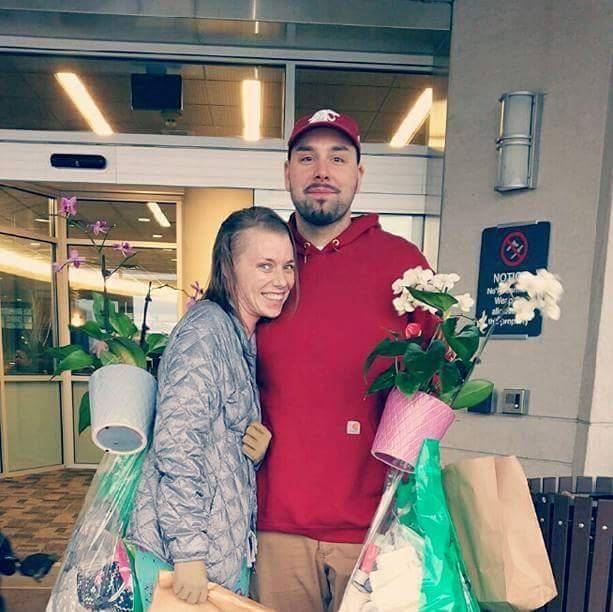 Fiorini's struggle, however, did not end here as she had to fight against death again during her healing process in the hospital. Knowing the strong woman she is, she didn't give up and fought bravely against bacterial pneumonia and pulmonary embolism, deadly infections, which almost claimed her life. 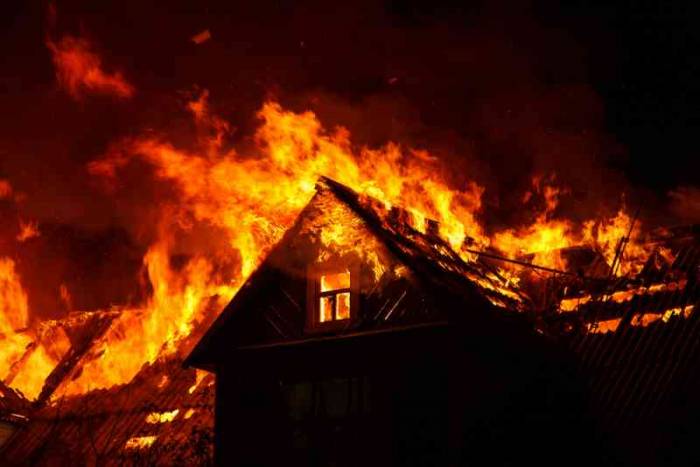 The recovery process itself was long and painful including skin grafting and other procedures.

Both the family members were shifted to University of Washington School of Medicine’s Harborview Medical Centre’s specialist burns centre in Seattle. Fiorini suffered 43 percent burns on her body including severe damage to her airways. For several days she stayed on a ventilator. While Gianna though suffered from less severe burns as her mother kept her protected but suffered from severe anxiety and nightmares after the accident. 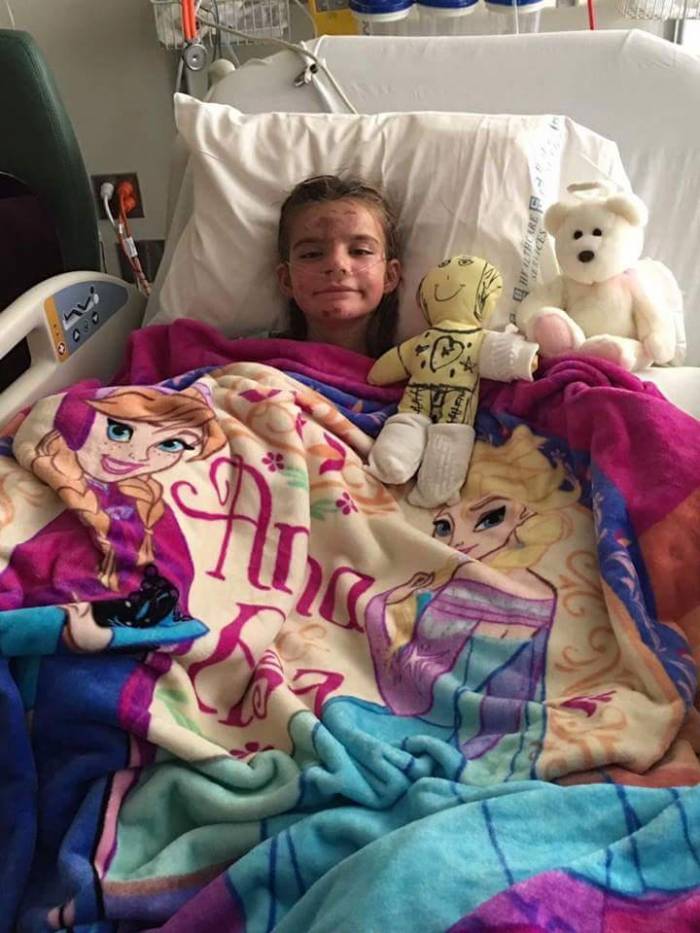 The family lost everything in the fire, their home, their memories, pictures and everything. For Fiorini going back to normal life was very difficult as she had to come to terms with her loss. However, her boyfriend Aaron had a little surprise ready for his lady. At a dinner date, Aaron proposed to Fiorini, to which she said yes. 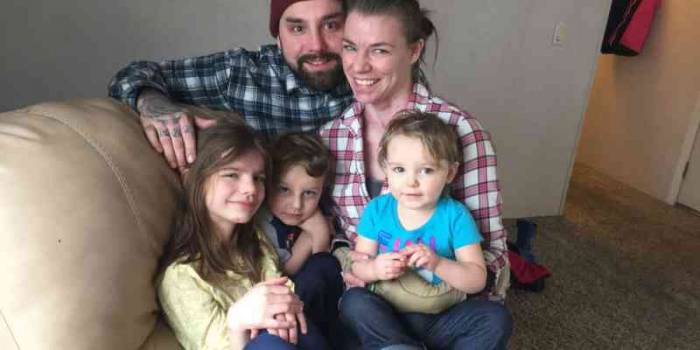 Fiorini after the painful recovery married her longtime boyfriend and father of their three children Aaron, 34. Fiorini says it was a very important day for her, "It was such an emotional day. We were celebrating not only our wedding but mine and Gianna’s survival, too."

Though the couple had been together for 15 years, after the near-death experience, Aaron wasted no time to marry the love of his life realizing each moment spent together is precious. Fiorini says "It was such a wonderful surprise. After everything that we had been through, I think it had set Aaron thinking that we should get married at last." 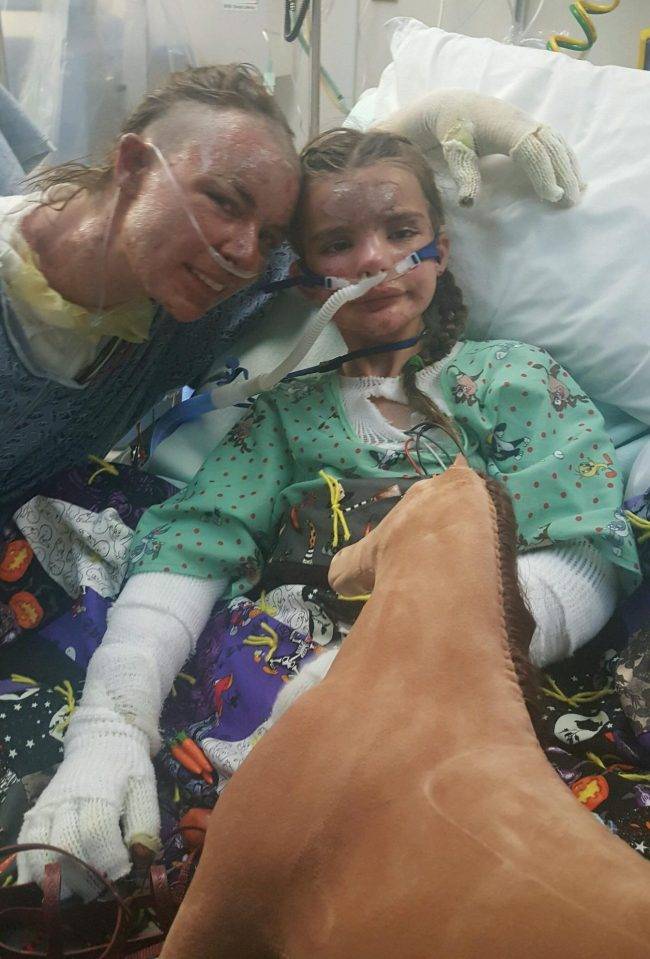 With the help and support of their community, the devastating family got a new car, a mobile home and furniture. A go-fund me account was also set to help the family with their needs to rebuild their lives. 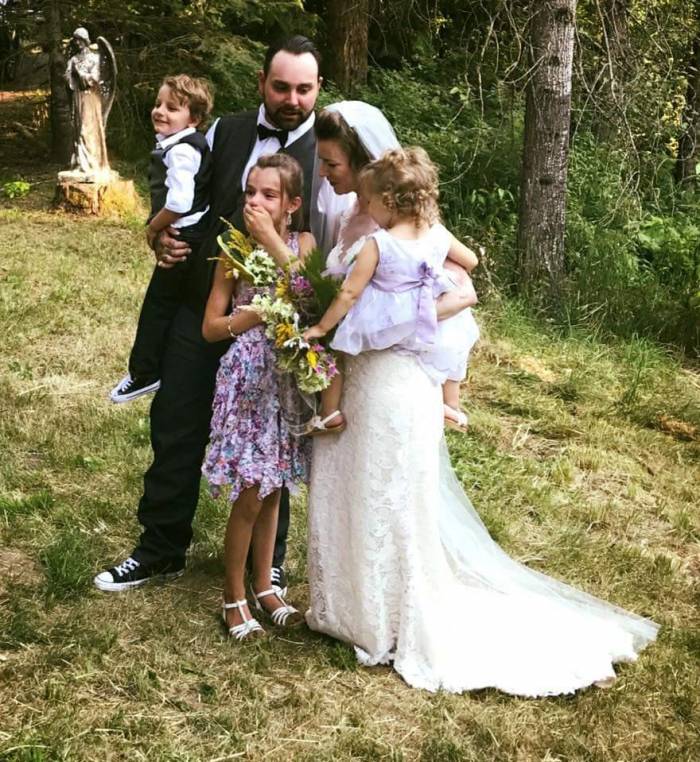