Posted by Annie N. in Parenting On 5th September 2021
advertisement

A TikTok mom has revealed recently that she feeds her baby all-natural foods which includes wood, dirt and rocks. She says she does so because she does not trust science. 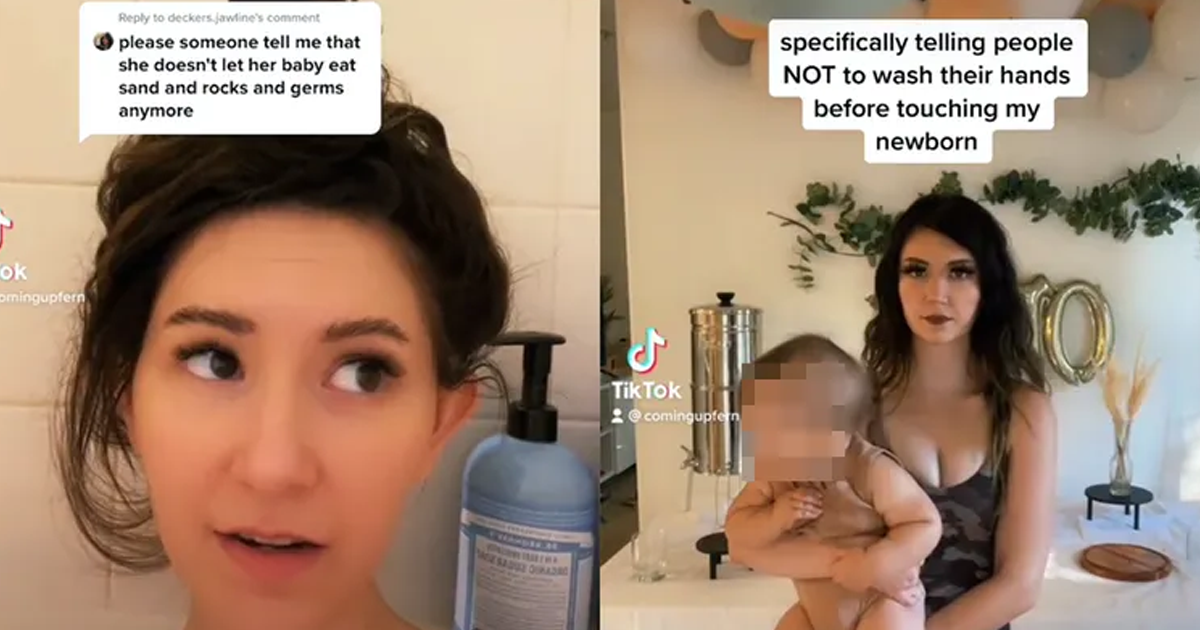 A TikTok mom has recently sparked the ire of the internet after she revealed that she feeds her baby wood, rocks and dirt.

She said this was because she trusted nature more than science and that natural elements such as these would improve the baby’s immune system.

She said this was because she trusted nature more than science and that natural elements such as these would improve the baby’s immune system.

People in the mainstream were made aware of her approach after a YouTuber called her out.

@Comingupfern has been sharing her unconventional approach to parenting on her Tiktok for a while and has collected a following in that time.

This time, however, commenters were not in agreement with her approach. She said that she, “exclusively breastfed baby eat sticks, rock, sand, dirt, and unsanitized shopping carts.”

She said that she allows her child to interact with unsanitized shopping carts in particular.

“I do not fear bacteria. In fact, I welcome it. I trust nature and my baby.”

The video has since been made unavailable and it is unclear whether it was taken down by TikTok or by herself.

More attention has been brought to her approach however by other TikTokers and YouTubers who are fearful of the misinformation that can be spread as a result of such a message and the dangers that she could be exposing her baby to.

One YouTuber by the name of Mr Beard said, “The scariest thing about this is that she’s not going to let her child have antibiotics. So while Fern is in the river, fucking sucking on rocks, and he gets an infection, she is not going to give him any antibiotics to help cure that infection.”

This is not the first time however that she has said something controversial. In earlier videos, she has claimed that she feeds her baby vegan foods and is not afraid of exposing them to bacteria.

Commenters tried to put their point across but she has claimed in follow-up videos that people used to eat soil and dirt in prehistoric times.