A young mom, Jessica Lundin shares her story on social media, opening up about her struggle with her early pregnancy and dealing with the heartache of giving up her baby for adoption for the sake of his bright future. The purpose of sharing her story with the public is to empower young women out there and to tell them to make the best of the situation and without any pressure from the society make the decision in life which you feel is correct. 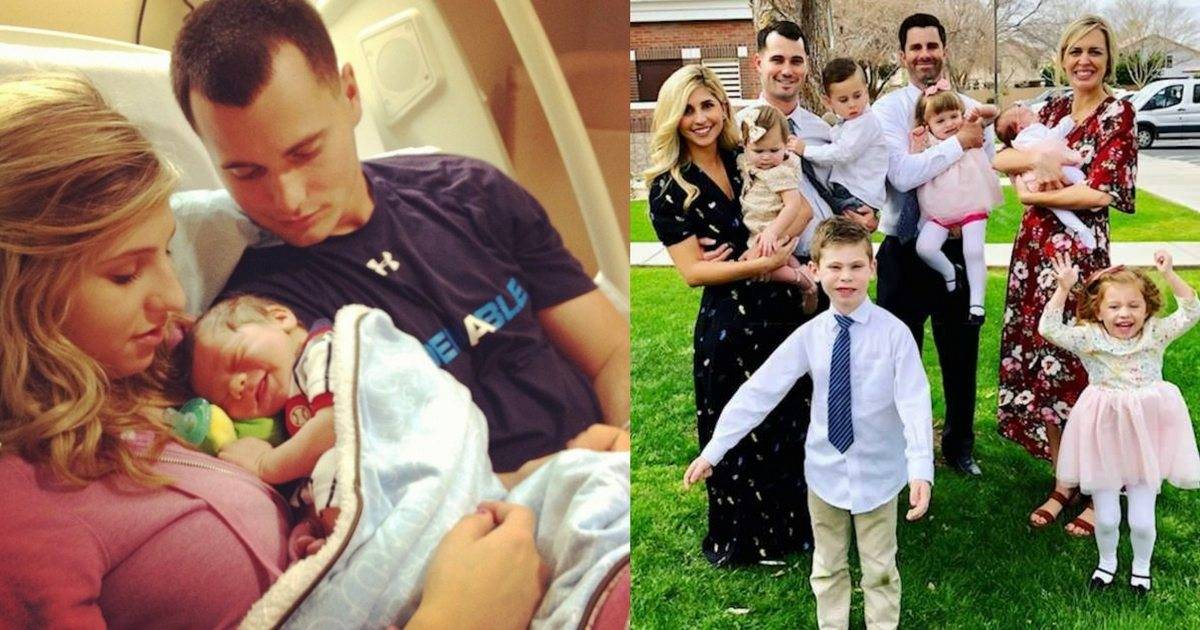 #1 Putting Up Her Baby For Adoption

Jessica Lundin's story is no different from thousands of other women, that is going through 'pregnancy crisis' at a young age. But what makes her story different and unique from other women is her courage to fight through the situation and without losing her cool making a sound decision to secure both her child's and her future. 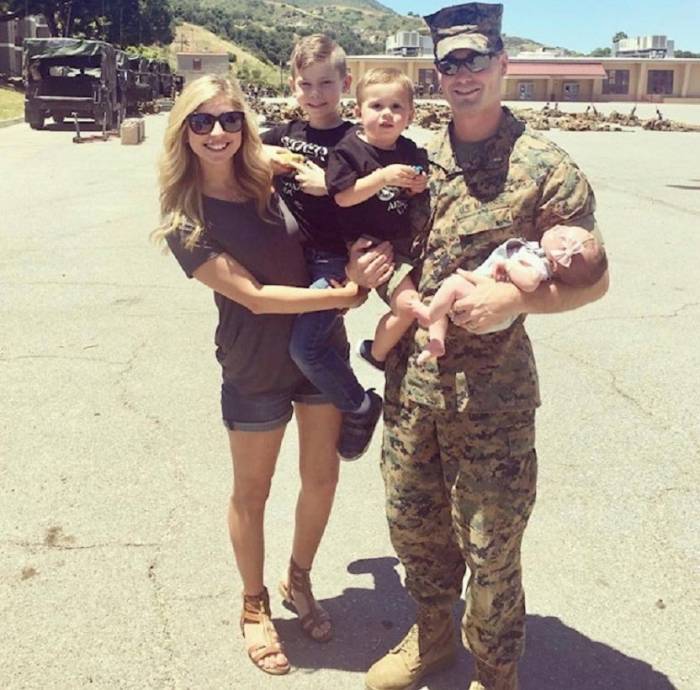 That is right, Jessica when pregnant for the first time at age 20 decided to put up her baby for adoption. The young mom may be bashed for her decision and may be called out by people for not loving her child enough but let's be honest here, no mother in the world would think anything less than best for her child. So given her situation, she would go for the best option to secure her child's future. This is what Jessica did, that is to give her child a stable home and a safe future, none of which she could afford to give her baby at the time.

#2 Empowering Young Girls Out There

Jessica shared her story on a social media platform in order to give voice to her opinion and empower young women with options, which girls going through the same situation generally don't think of. The mother of now two more beautiful kids, said, "I was 20-years-old. Technically homeless, jobless, and spiraling out of control. I had a boyfriend who I had only known for one month. I visited him for my birthday and did not expect things to last much longer." 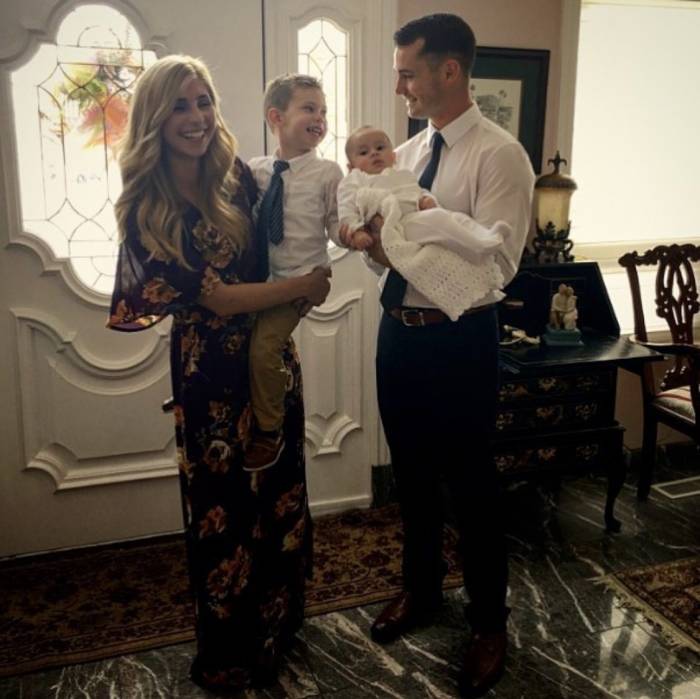 Jessica then furthers adds her situation to the story, "My situation was no different than thousands of other women suddenly enveloped in a ‘crisis pregnancy,’ however, my story is unique for a few reasons. I placed my son for adoption, married the birth father, and now have two more children who are full blood relatives of my birth son. CRAZY."

#3 Jessica Was Not Prepared For This

Jessica says she never imagined herself to be stuck in such a situation. She always thought that she would marry young and start a family with that special person. But this is not what she was prepared for. She was 20 and could barely support herself, let alone take care of a baby. 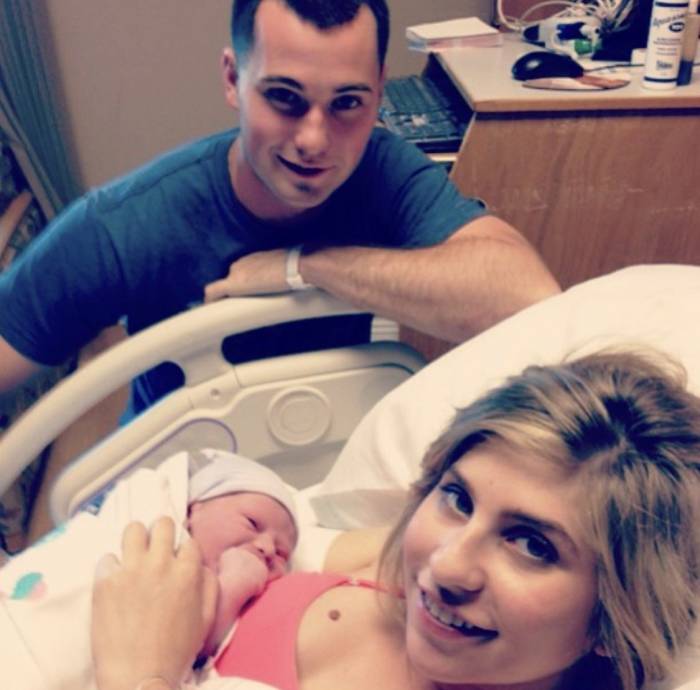 "But here I found myself, pregnant by a boy I barely knew with no clear future ahead of me. I had so many questions, but first I had to tell my parent. I may have been 20, but the pregnancy news showed me that I was unprepared for what lay ahead. I was barely raising myself, how could I raise a baby? These were thoughts I wrestled with daily." 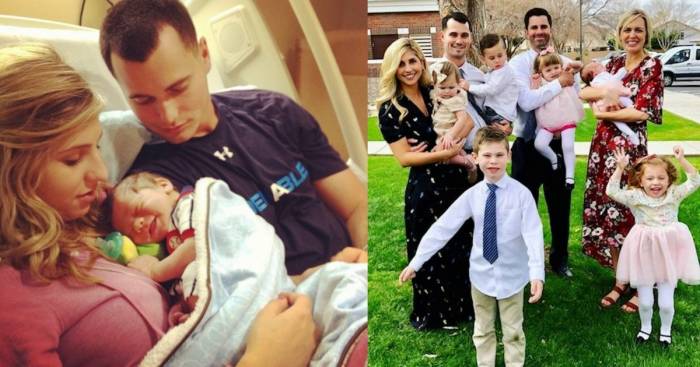 #5 Jessica Explains Why She Didn't Go For Abortion

The young mom says that she had three options at the time. That is abortion, adoption or parenting. Since she had no means of earning at the time and was not even graduated, she picked up adoption for her baby. "I wanted this stranger in my stomach to have a chance at life. I didn’t pick adoption, I picked life. If you are reading my story and are in a similar situation, please know that you have choices and don’t write off adoption. With faith, trust, and hard work on both ends, placement can be incredible." 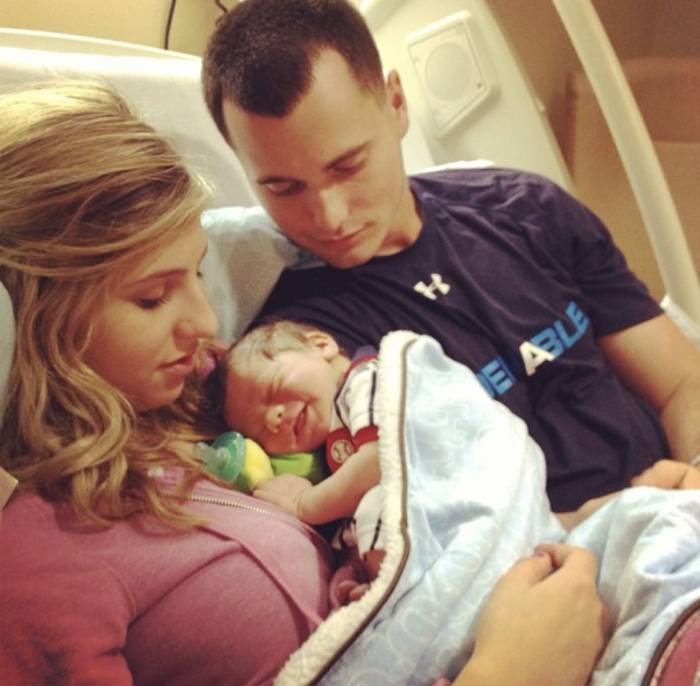 #6 It Was A Wakeup Call For The Young Parents

Though Jessica decided to give up her baby, her first pregnancy helped her grow a lot. She decided to take life more seriously. Jessica then enrolled herself in a beauty school and started to work on her relationship with her boyfriend, who is also the father of her first child. 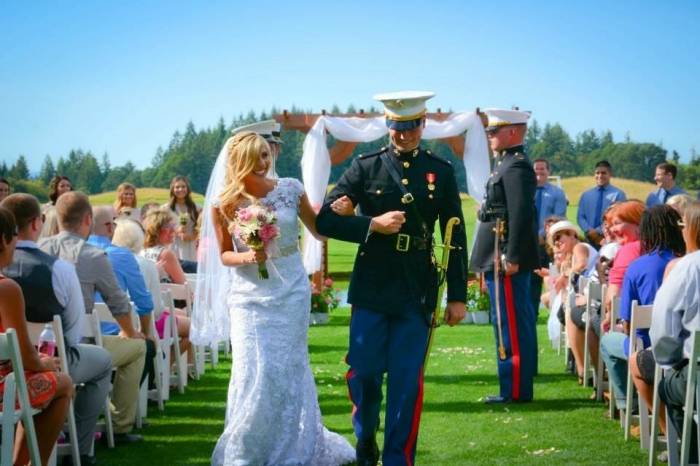 #7 Wakeup Call For Both Of Them

"It was a wakeup call for both of us individually and as a couple. As rocky as it was, we made it to what we thought was the end of the process: labor, birth, 48 hours in the hospital, and days later… placement. That’s right, I said 48 hours. That is how long our son was ours." 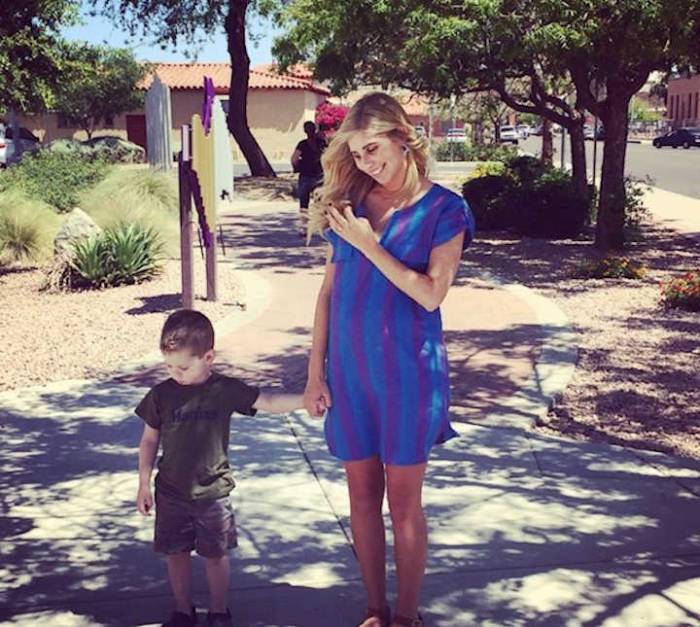 #8 She Kept Apologizing To Her Baby

Jessica says it was difficult for her to give up her baby who grew in her. When giving up, she kept apologizing to the little one, but she had to be strong for the sake of her child and to go give him a better home. Going through the toughest time of their lives, Jessica and her boyfriend eventually fell in love with each other and eventually got married. 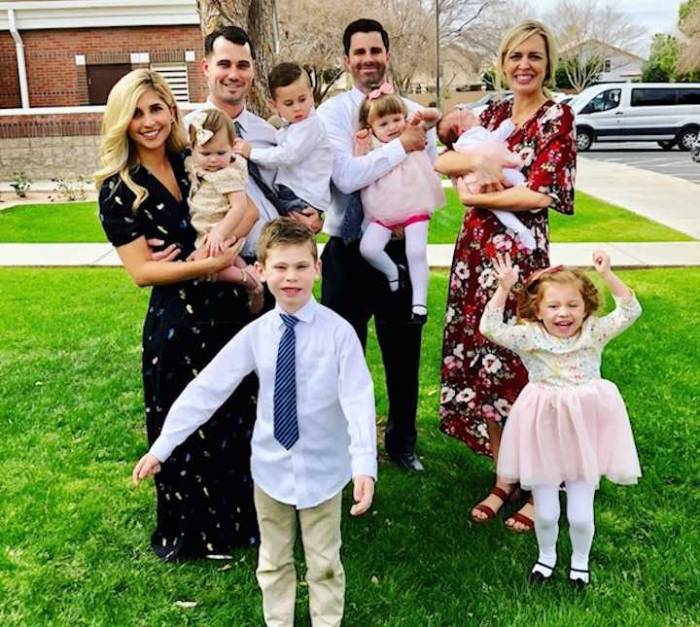 #9 Couple Are Living A Happy Life

The couple continued to work hard in their professional lives to set up a stable home and they eventually succeeded at it. Jessica got pregnant twice after her marriage and is now a mother of two more adorable kids. But now she is not worried because she is married to someone with a great job as an officer in the U.S. Marine Corps., had a home, and steady income. 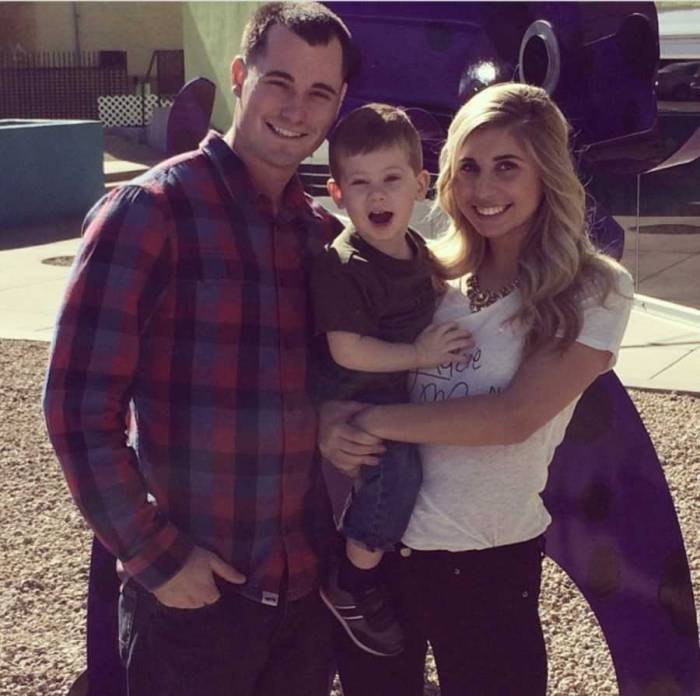 #10 Make Beauty From The Ashes

Giving up her first child was difficult for Jessica. It took some time to heal but she eventually she was able to come to terms with her decision. "We see our birth son about twice a year. Not because of legal constraints but because of the physical distance between us. He knows us as his birth parents. He knows his birth story. He knows that he has full blood siblings. This is all due to the graciousness of his parents. We don’t feel we owe them anything, and they feel the same. Our relationship only exists because of a mutual love we all feel for our little boy." 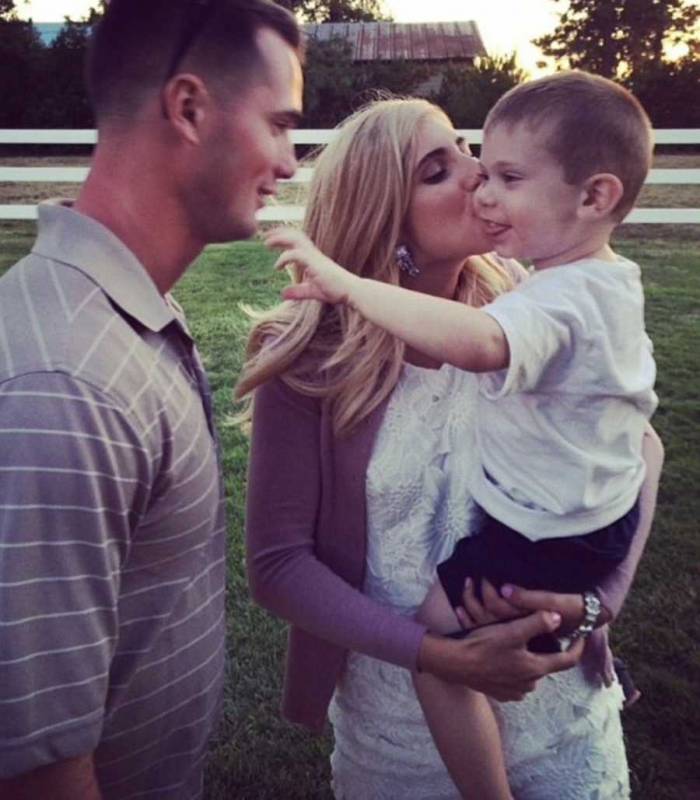