Posted by Sama in News On 26th September 2021
ADVERTISEMENT

A shameful incident reported where this mom was kicked off the American Airlines plane going from Dallas to Colorado for her two-year-old son was not wearing a mask. The mom told the staff repeatedly that her son is asthmatic and he can't wear a mask but her pleads fell upon deaf ears and she was removed from the flight. 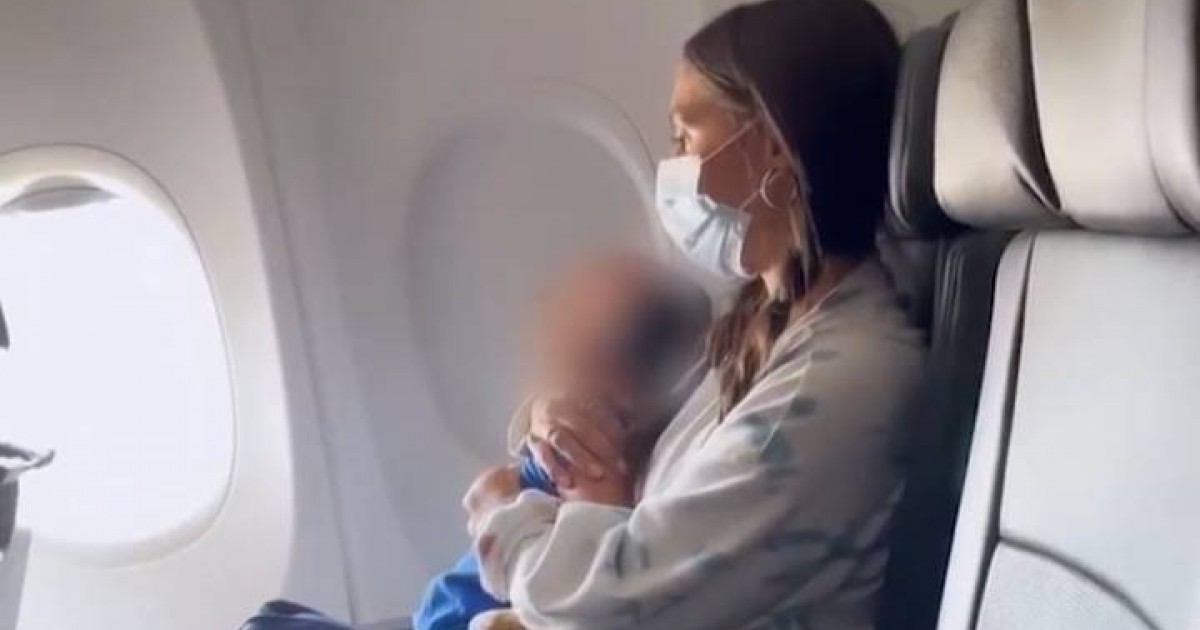 Amanda Pendarvis shares that she and her two-year-old son were made to leave the American Airlines flight after her asthmatic toddler did not wear a mask.

The furious mom says that a “truly evil, power-tripping” flight attendant made her leave the plane “to be met by police officers” after her son had trouble keeping his mask on as they were flying between Dallas and Colorado.

According to news.com.au, Amanda said: “He [the flight attendant] got on the intercom to say to the entire plane, ‘I’m sorry for the delay but we are dealing with a non-compliant traveller. 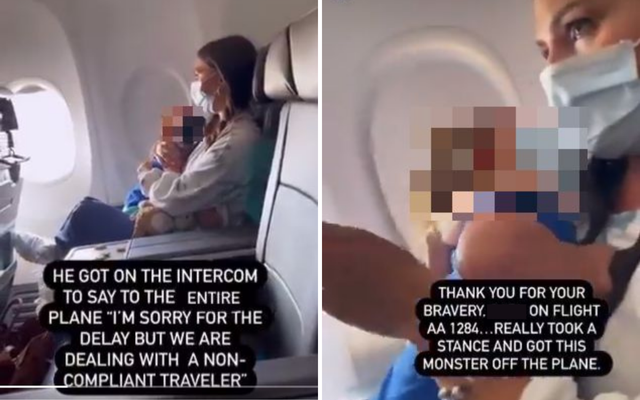 “I was not refusing a mask, nor did I even say I wouldn’t try to keep a mask on my son. We were escorted off the plane as I was holding a mask over his little face. I genuinely don’t have words.

“He had the plane turned around and had us escorted off to be met by police officers. Why? Wait for it … because my two-year-old was not properly wearing a mask.” 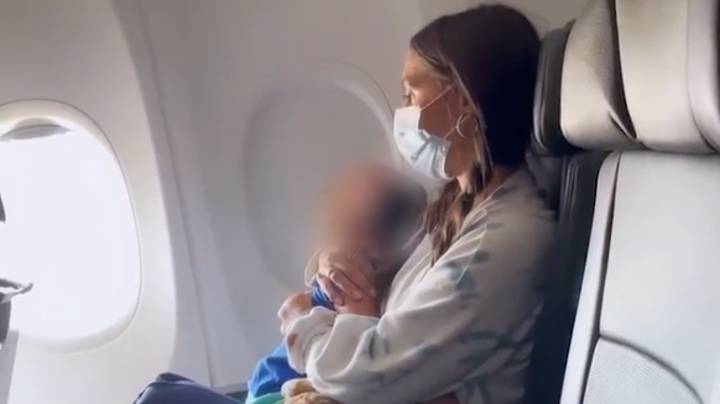 Amanda says that her child is asthmatic but the flight attendant didn't care that her son “was literally hyperventilating” despite presenting staff with a negative Covid test.

However, the staff of the airplane claims that they were not informed that the child was having an asthma attack.

The video shared on social media shows the child clearly looks distressed and is seen crying when Amanda tries to put the mask on his face.

American Airlines’ website states that under U.S. federal law passengers must wear a face covering at all times while indoors at the airport and onboard the flight. Those refusing to wear one “may be denied boarding and future travel on American.” 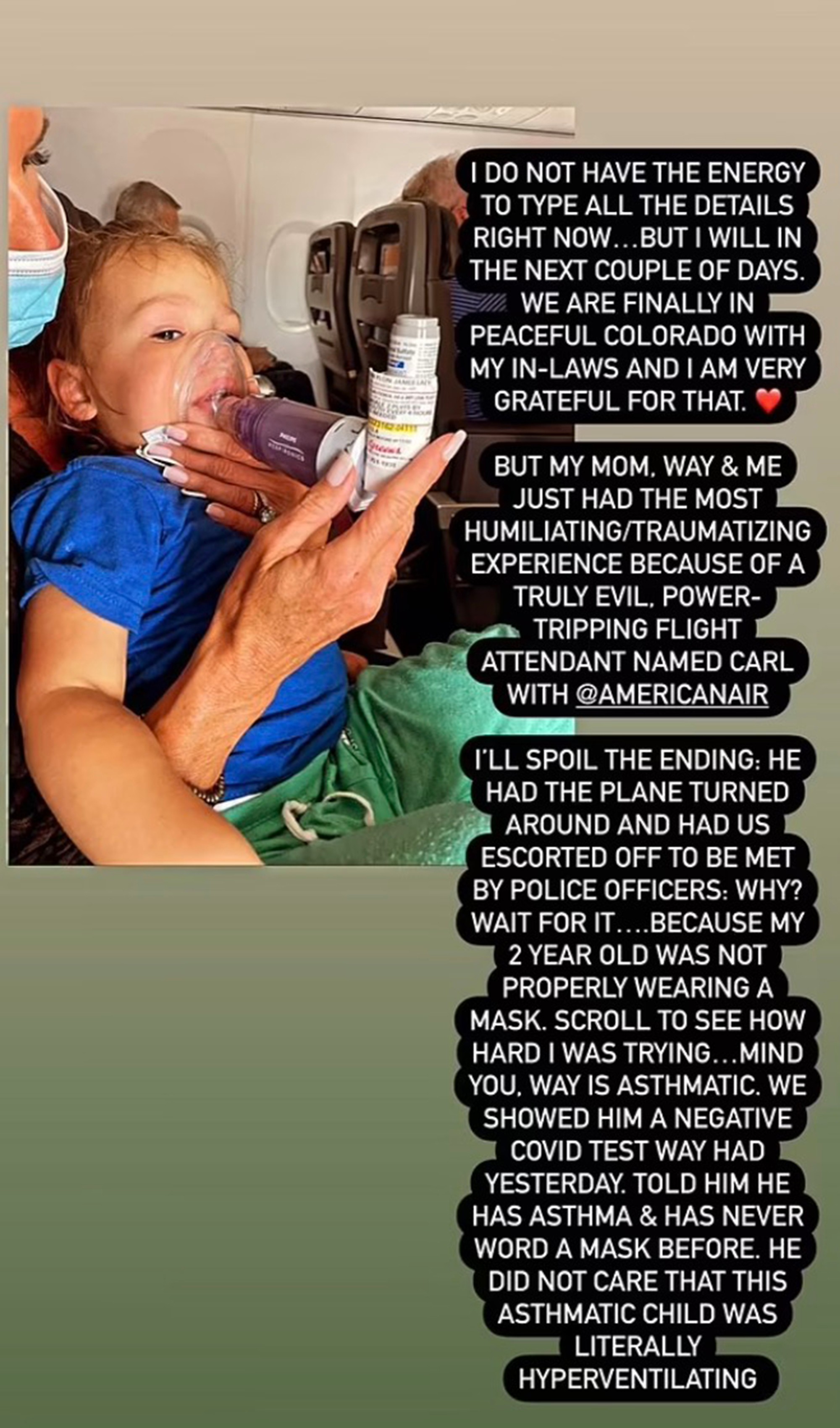 However, it should be cleared that these rules do not apply to those who are aged under two or those with such medical conditions that prevent them from wearing one, but those with a disability seeking an exemption from the mask rule must contact American Airlines at least three days before traveling.

Unfortunately, multiple incidents have been reported in the past few weeks where people were forcefully removed from flights in the US due to strict Covid protocol of mask laws. 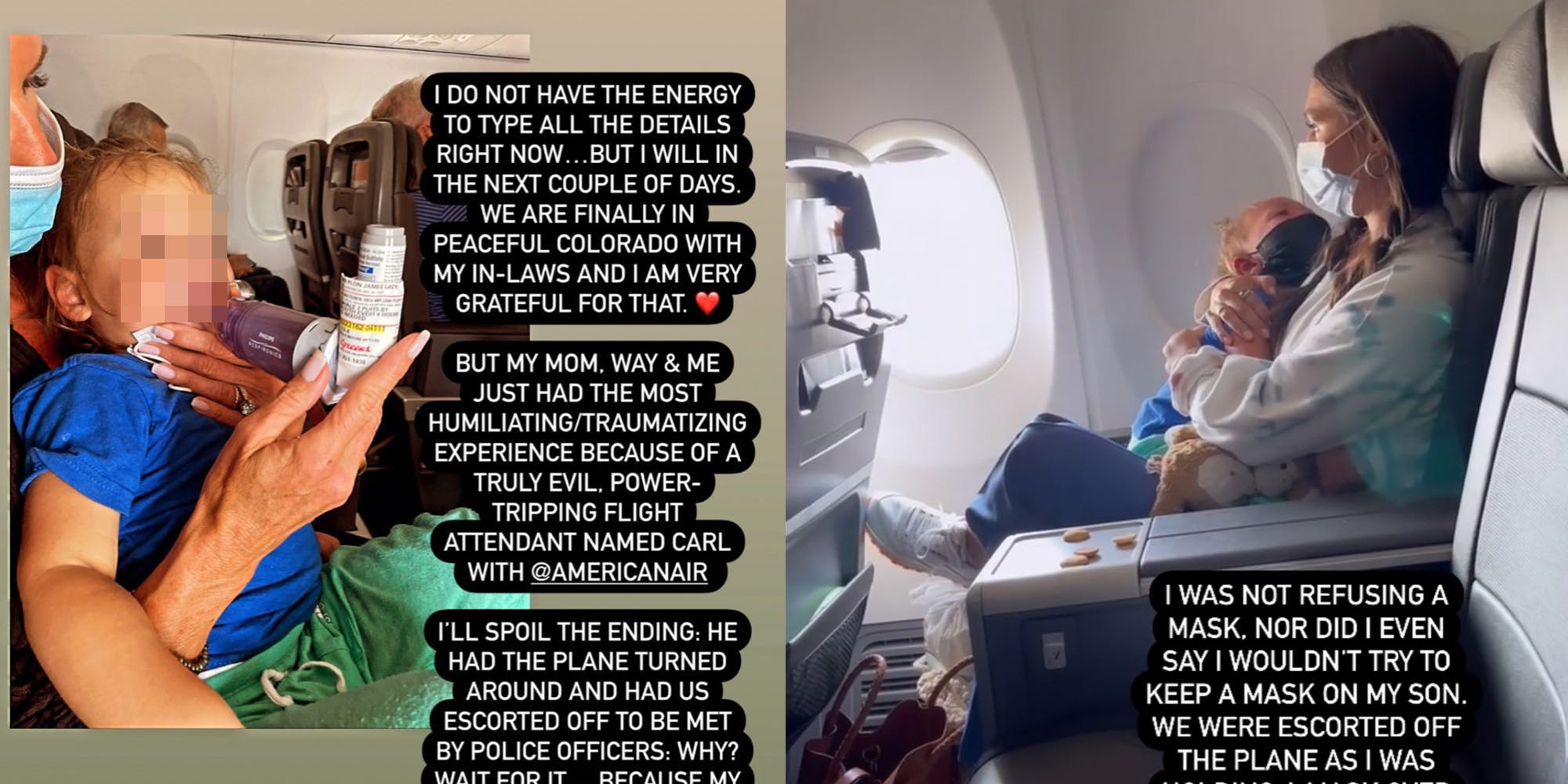 For example, one incident reported a few weeks back where a couple traveling from California to Florida had a fallout with the airline's staff after they refused to wear a mask.

In a statement to indy100, an American Airlines spokesperson said the party had “refused to comply with instructions to remain seated and to wear face coverings securely”.

Later, Amanda and her son were rebooked onto a later flight.

“On Sept. 13, American Airlines flight 1284 returned to the gate prior to departure from Dallas-Fort Worth (DFW) to deplane a party refusing to comply with crew member instructions to remain seated while on an active taxiway and to wear face coverings securely over their nose and mouth,” the statement said.

“After agreeing to adhere to policies instituted for the safety of our customers and crew, all individuals were rebooked for travel on the next flight to Colorado Springs (COS).”