Posted by Sama in Heartbreaking On 26th July 2020
ADVERTISEMENT

Kamie-Jane Elkington lost her daughter Lottie shortly after complications during birth in 2015. The mum had already been distraught over her loss and the only thing that gave her comfort was keeping little tributes and gifts for her lost baby on her grave. But a disturbing even happened recently when Kamie found that the tributes kept on her daughter's grave had been stolen by the thieves. The heartbroken mum took to social media to share the disturbing news and in hopes too that she will get the stolen items back as they were priceless tributes made for her daughter by her other kids. 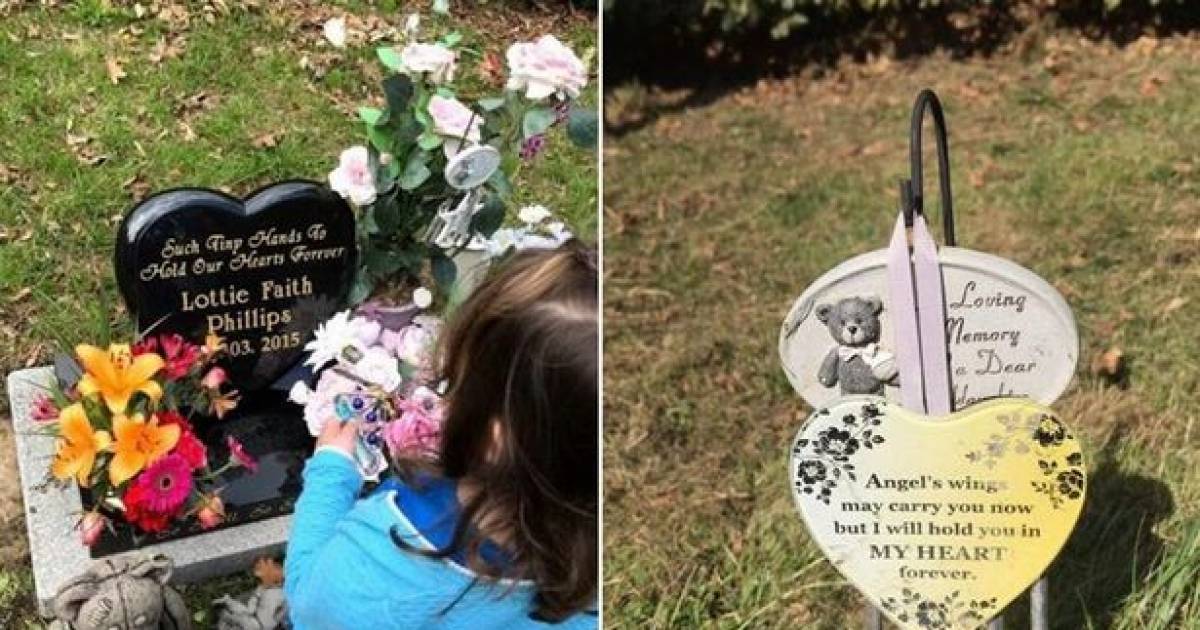