Posted by Sama in Parenting On 13th July 2021
advertisement

This mom took to the internet to present a very difficult position that she has created for her family and creates a risk of increasing resentment between her kids. However, after reading her post, the internet was having none of it and people were quick to call her out for creating differences between her kids. Go through the post and let us know your opinion and what would you do if you were in the mom's position? 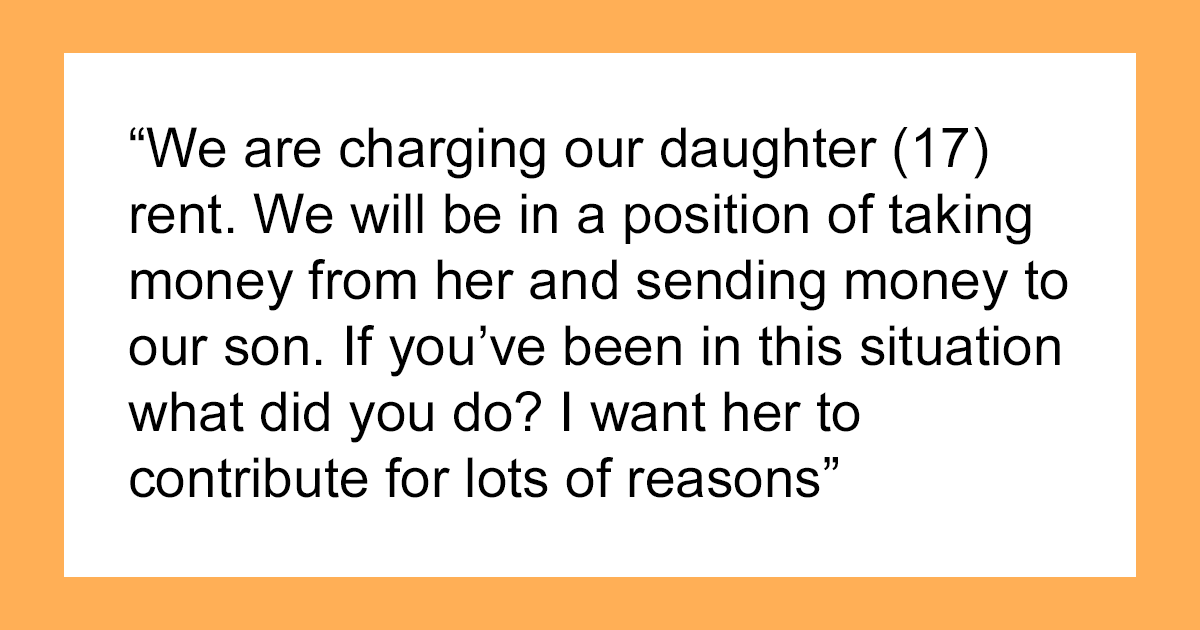 Parenting is a herculean task and creating a balance between siblings as a parent is the most difficult thing in the world. You can't put too much responsibility on the elder kids and can't let younger ones get away that easily that they start taking things for granted.

Talking about balancing relationships with all kids fairly, this mom went ahead and introduced money issues among her children and is now here to ask advice on an apparently very serious matter. 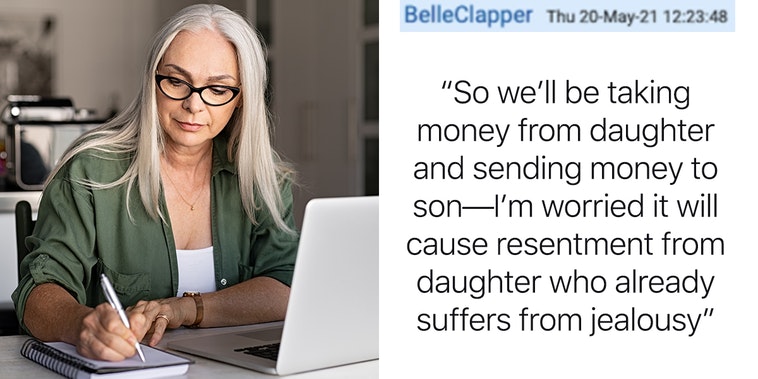 Posting under the name BelleClapper, mom took to Mumsnet to ask the commenters, “How do you square this without causing resentment?”

“Dd (17) is working full time on an apprenticeship course,” she explains. “We are charging her rent/keep/petrol equivalent to 25% of her take home. DS (18) up until now was planning to leave college and get a job. He announced yesterday that he is now accepting the three University offers he got a while back. As an aside he’s just split up with his GF of two years who was absolutely definitely in no way the reason he wasn’t going…”

“So we will be in a position of taking money from DD and sending money to DS,” she continued. “Which has totally changed the dynamic. I’m really conscious of causing resentment from DD who already suffers a bit with middle child syndrome and jealousy.

“If you’ve been in this situation what did you do? I want DD to contribute for lots of reasons, none of which go away just because DS now needs three more years of support.”

After reading the confusing situation, people took to the original post to share their views and give their advice.

Many suggested mom that she collects the money, then save it and give it back to her when she moves out, like a surprise nest egg.

However, this also means several years of brewing resentment between siblings.

People also suggested that if she does not want things to go out of hand, she needs to stop taking money from one kid to give to another kid.

However, throughout the discussion mom didn't really seem to get the idea of what the internet was trying to tell her and she remained adamant that her daughter needs to learn to take responsibility. 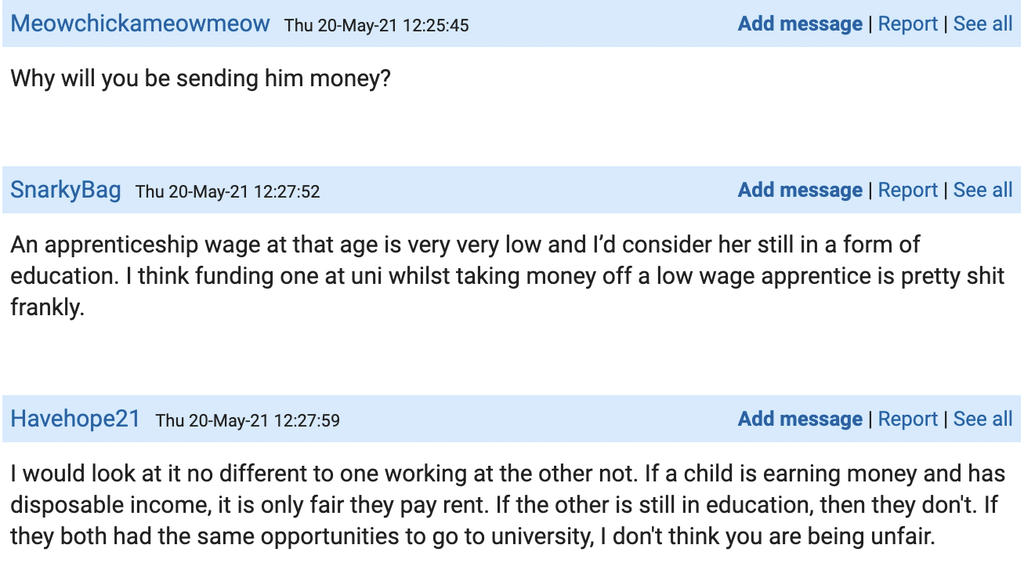 Many people were furious with the mom and made it a point to tell her that she is being unfair to her daughter who is already working so hard and earning so little.