Posted by Sumaiya Ghani in Cringey On 21st September 2020
ADVERTISEMENT

Mother of three ate a handful of green beans with her 7-year-old daughter and was about to serve her other kids when she spotted a snakehead on the spoon. "When I spooned it out I seen the snake head on the spoon. I screamed, my 2 girls were in the kitchen and seen it and screamed." 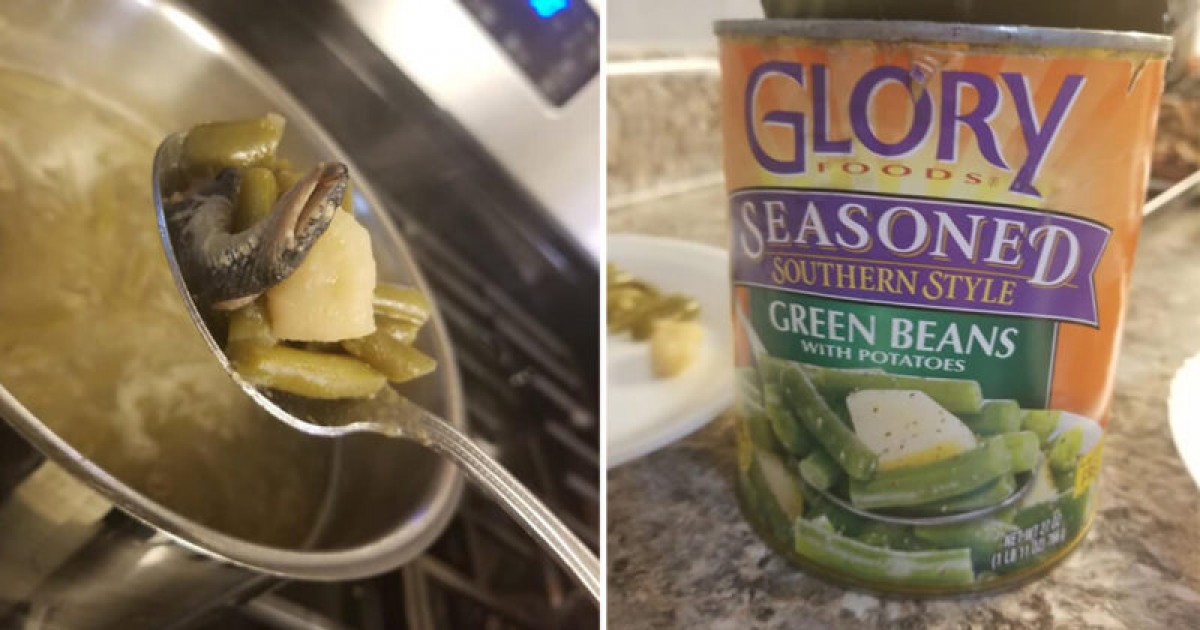 #1 When having green beans for dinner, the last thing you expect is a green snakehead among the beans. Yes, you heard right.

Mom of three from Alabama couldn't believe her eyes when she spotted a snakehead among the green beans. Michelle Bentley was eating the beans with her 7-year-old girl while waiting for supper to get ready. 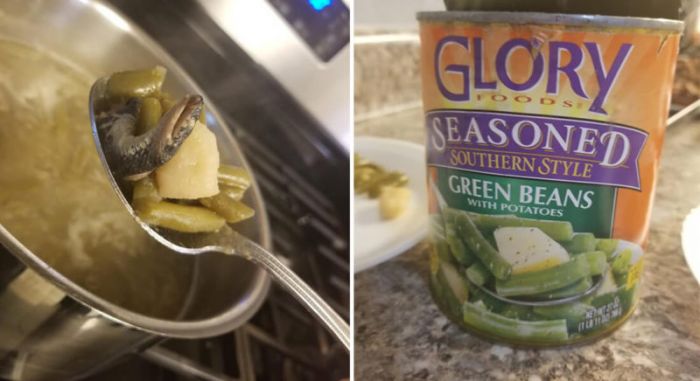 #2 The mother was about to give her kids the beans

"The beans were done cooking and as usual, my 7-year-old and I would walk by and steal a bean off the top, blow it to cool and eat it. We LOVE the seasoning."

The mother told that she and her daughter just had a handful of the beans. Michelle was about to serve her other kids when she spotted the head and screamed.

She couldn't fathom the fact that how a snakehead ended up in the can of green beans.

"When I spooned it out I seen the snake head on the spoon. I screamed, my 2 girls were in the kitchen and seen it and screamed. My 7-year-old who ate the beans started getting upset because she knew me and her ate it and she was scared she was going to get sick."

Michelle panicked at first but then she decided to call the manufacturer using the number on the back of the can. The woman that answered the call wasn't shocked at all and instead just offered two vouchers.

"I just felt like I needed to warn other people, not to ruin their reputation and business, but it’s something people should be aware of."

If you spot anything weird like the head of a snake in your food then you should immediately contact the manufacturer and tell them about the problem.