Mom Wanted To Give Up Her Son With Down Syndrome To Foster Care, Dad Decided To Raise The Little One On His Own

Evgeny Anisimov is a 33-year old single dad who is raising his son with Down Syndrome. Evgeny's wife after their son's diagnosis wanted to give the child up for foster care but Evgeny knew his son deserved the warmth of love from his family. From this point started Evgeny's journey of a single dad and looking at the pictures one can say with confidence that this is the best decision this dad ever made! 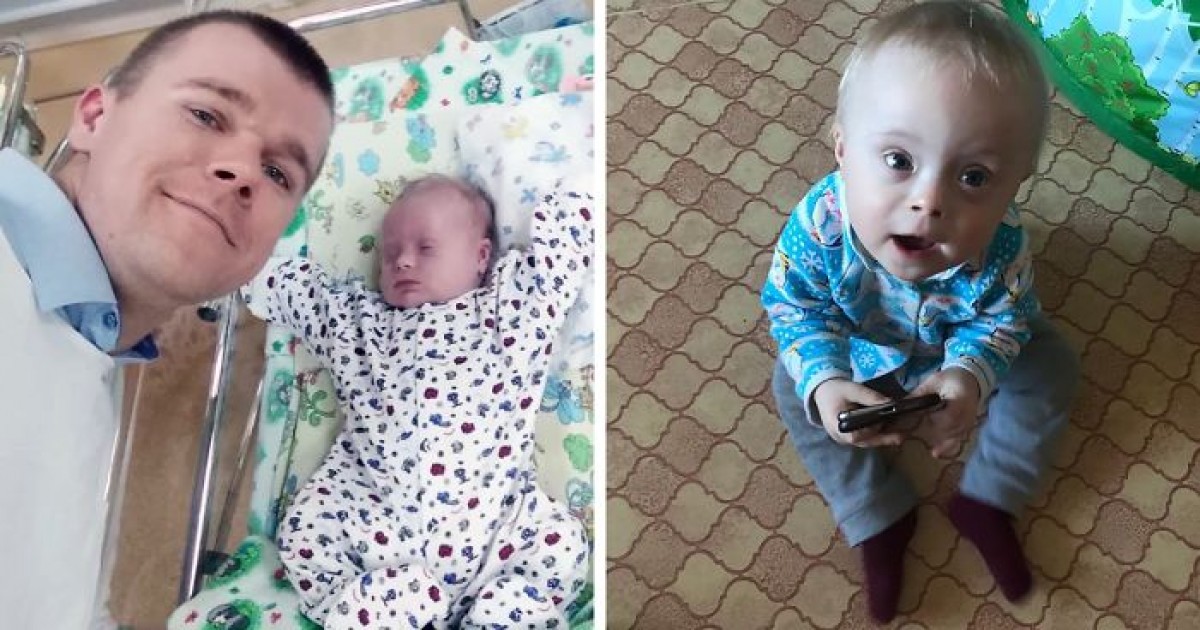 For every seven hundred to eight hundred children in the world, there is one child with Down Syndrome, a condition caused by an extra copy of one of the chromosomes, chromosome 21, which affects a baby’s body and brain development.

People with Down Syndrome are usually referred to as 'sunny' because they are the people with innocent hearts and a personality that can shine up any person's day.

Unfortunately, in our society, these kids are not openly accepted and many times they are left behind by their families and are often considered as a liability. 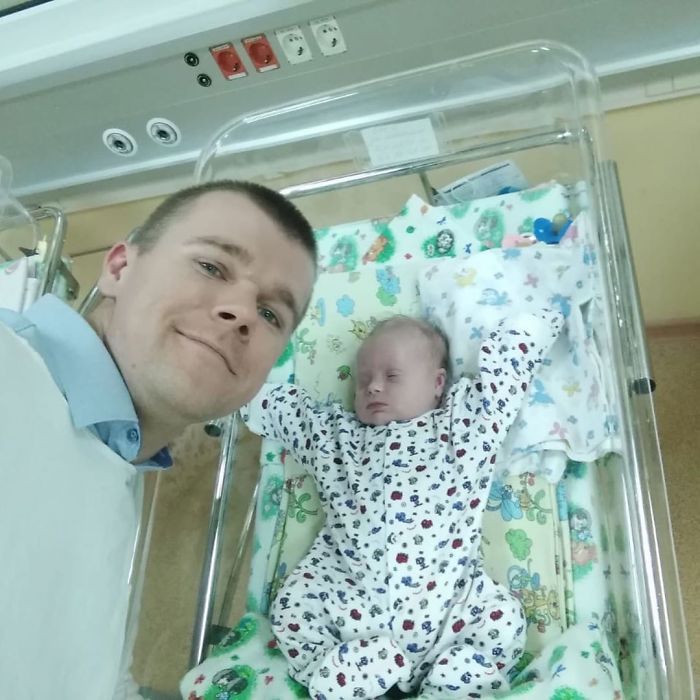 This single Russain dad, however, is on a mission to change the perspective of people and beat the stigma regarding the upbringing of kids with Down Syndrome.

33-year-old Evgeny Anisimov raises his son Mishka, who has Down Syndrome, completely on his own after his wife decided to leave the family, unable to deal with her son’s diagnosis. The young father wanted to share his story with the world to inspire parents who face the same challenges to never give up.

Only a few moments after their son's birth, the doctor announced to the parents, “I fear that your baby has Down Syndrome”

In his interview with Bored Panda, Evgeny said, “I didn’t know what to do when I learned of the hypothesis that my son had Down Syndrome. I thought my task now was to turn off emotions, ignite thoughts, support my wife because I believed it would be more difficult for her. The results of the analysis we were promised in a few days, and until then, I decided not to say anything to her,” 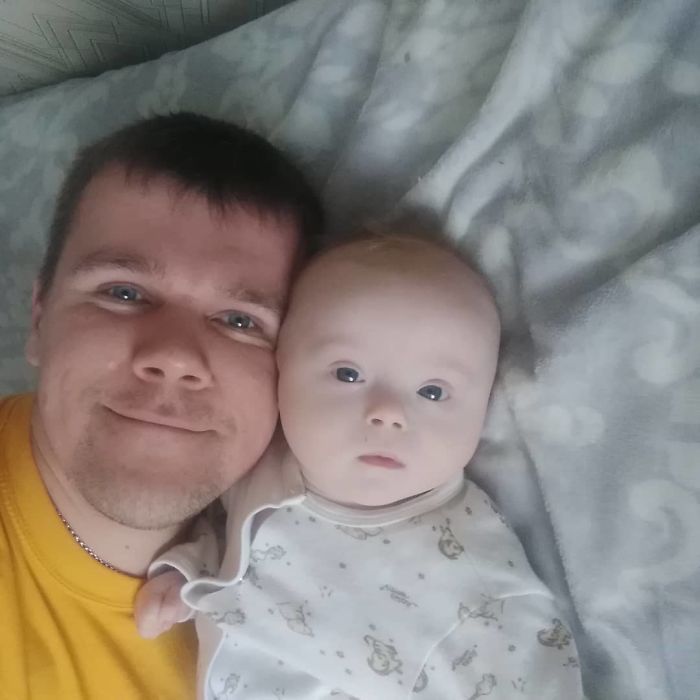 “I remember that upon learning that my son has Down Syndrome, I left the hospital and cried, but not for long. Later, I was a little embarrassed by these tears. In my life, after all, nothing had changed, in general. I was still with two arms, with two legs, my professional knowledge had gone nowhere. My determination, activity, curiosity, and so on—everything was with me. Everything happened as I planned, my son was born. But the child is special, his life and future destiny are already very significant. And I’m roaring here! This is some kind of selfishness! Is it not fair? No, it is my responsibility. You did not have an amniocentesis—it is clear that the probability was low, but still. You wanted a child, so you took responsibility for it. After all, there are many options: autism, cerebral palsy, genetic mutations… And Down Syndrome is not the worst, as I learned later.” 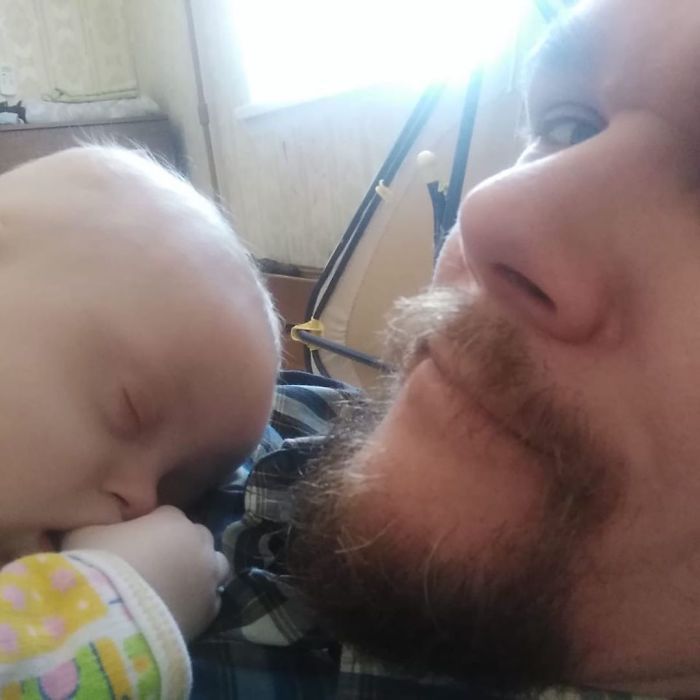 Following his son's diagnosis, Evgeny started researching on the Internet 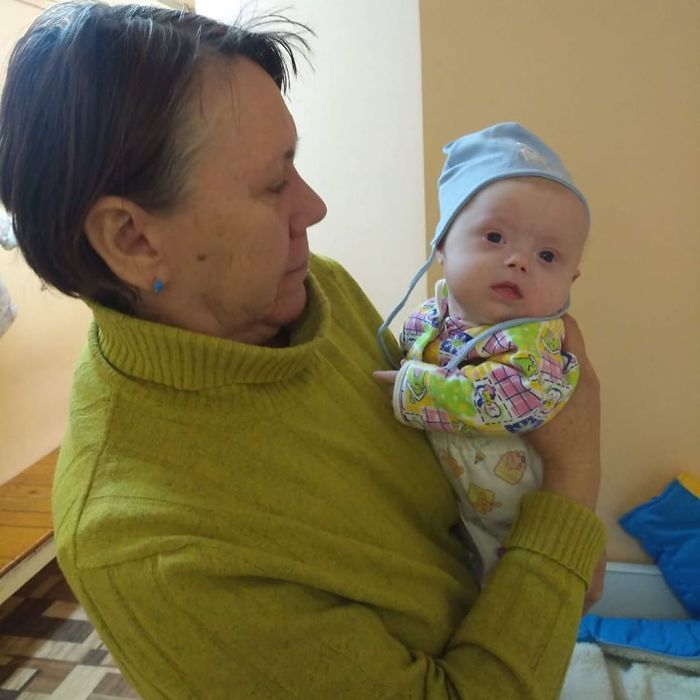 “I started looking for information about the syndrome that same night when I returned home. I knew nothing about my son’s diagnosis. I only remembered a terrible photo from a Soviet biology textbook. I went online and researched. I learned about Evelina Bledans and her Semyon, who was born in the same maternity ward as Mishka. I learned that in Europe, people with Down Syndrome are well-socialized, can live and work independently. But the decision I had already made was not influenced by that.” 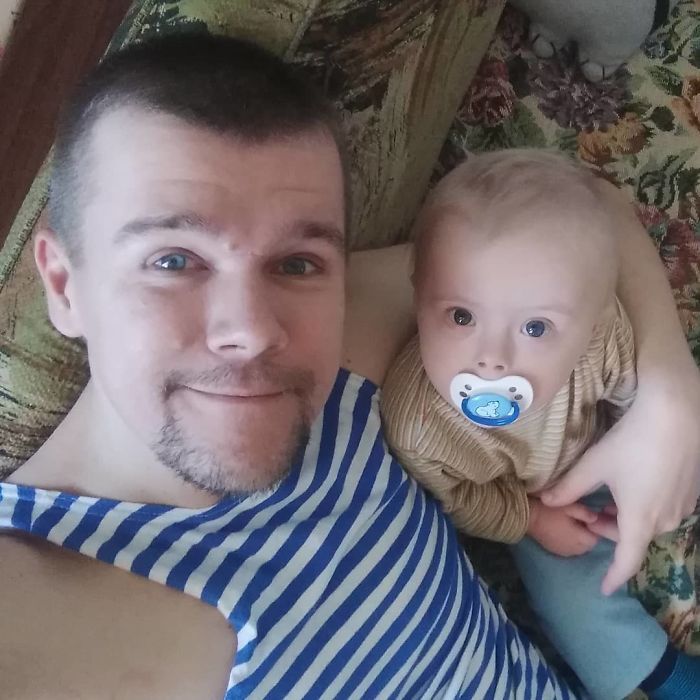 There was not a single moment in life where Evgeny thought of abandoning his child, but his wife was not ready for the responsibility 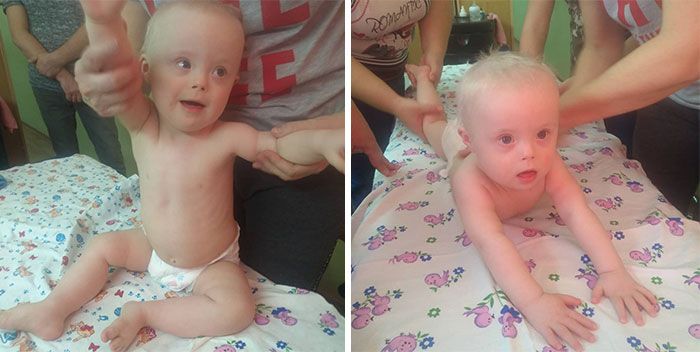 “When I made the decision, I had not yet thought about the likelihood of an optimistic scenario. I thought: well, he’s going to enjoy the sunrise, I’m going to take him out to barbecue, he’s going to live his life. Yes, maybe he seems unhappy to someone, but he will have his own life. At no time did I think of leaving my son in an orphanage, that would be inhumane.” 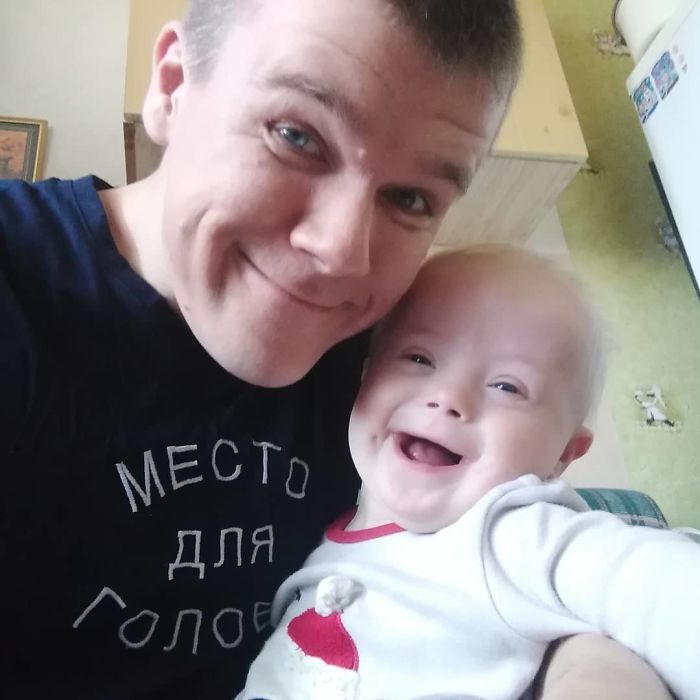 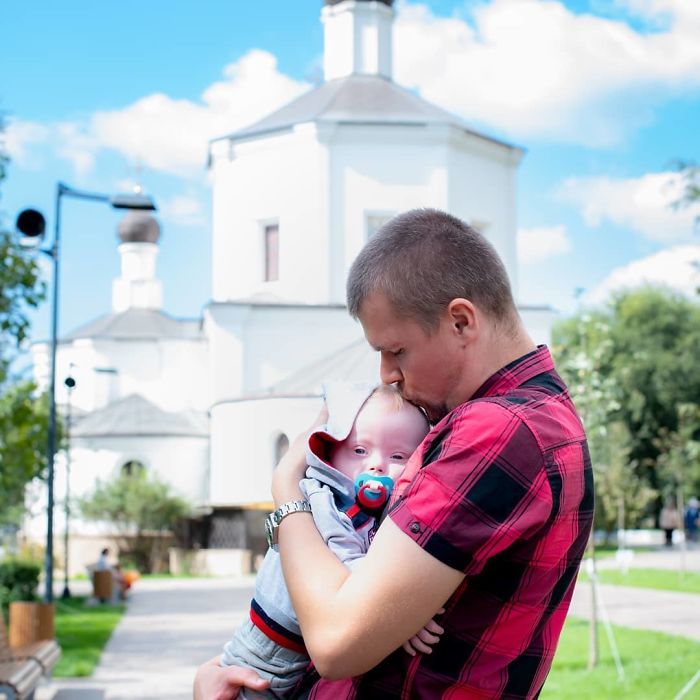 “My wife and I had always had a good and trusting relationship. There were different periods, difficulties, lack of money, separation. I am a kind type, I’m used to giving in to everything, adjusting. Friends even ironically called me ‘dominated.’ But in this case, I was even ready for a conflict, I tried to convince her that we could overcome this situation. And the conflict separated us. Now I understand that she was just scared at the time, she started to act according to the wrong scenario, and by then, the rubicon was already crossed and it was too late to retreat from the scenario.” 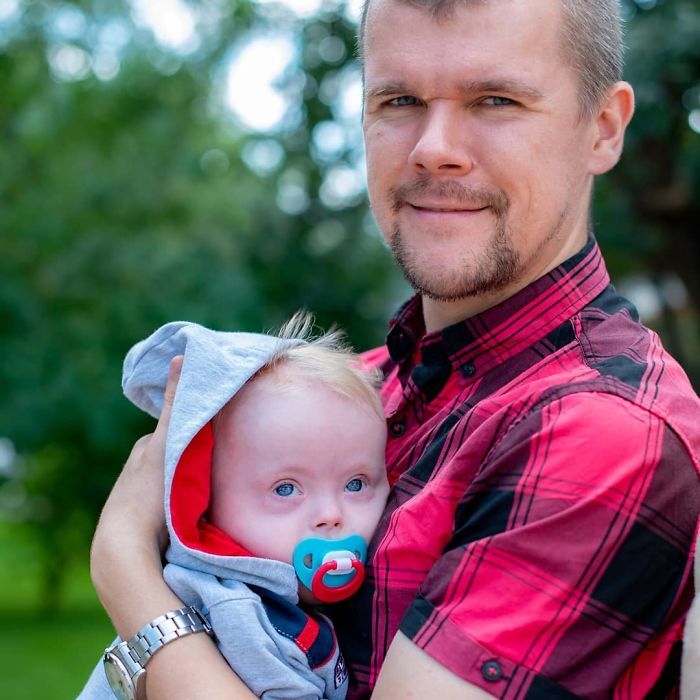 “When a child is born, he asks the outside world: ‘Am I needed here or not?’ And I answer with certainty: ‘Son, you are needed!’ Being with him, even alone, is a normal act for a normal man. I emphasize—I am a normal man, not some kind of hero.” 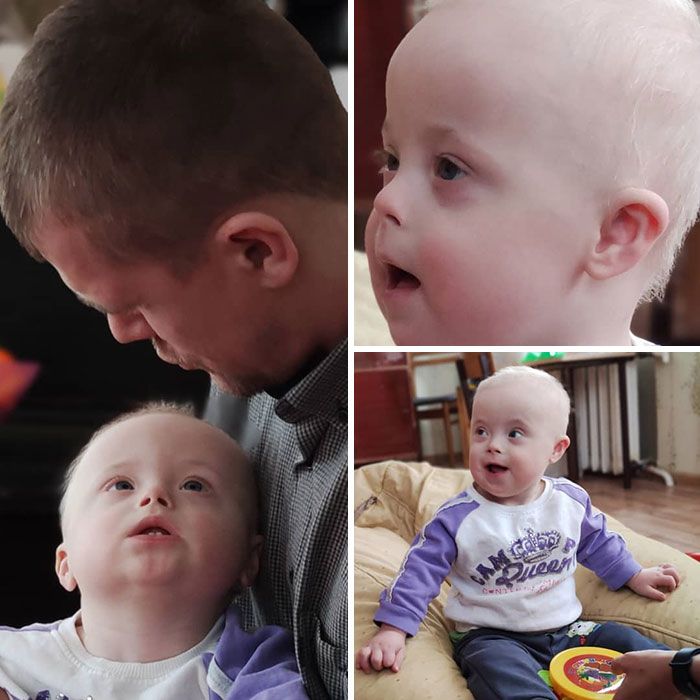 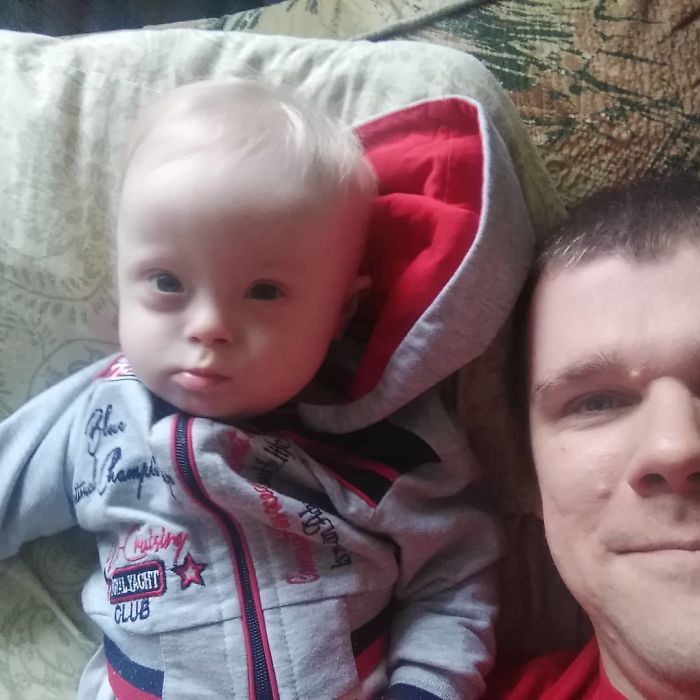 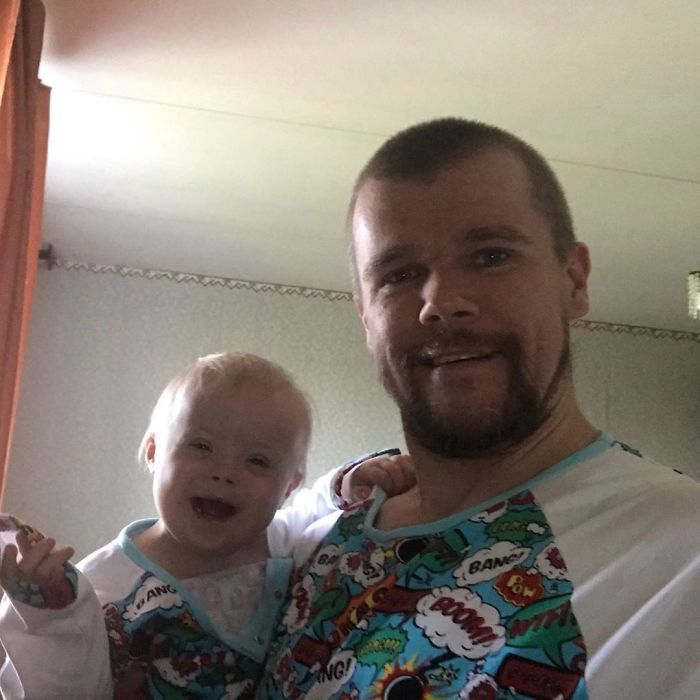 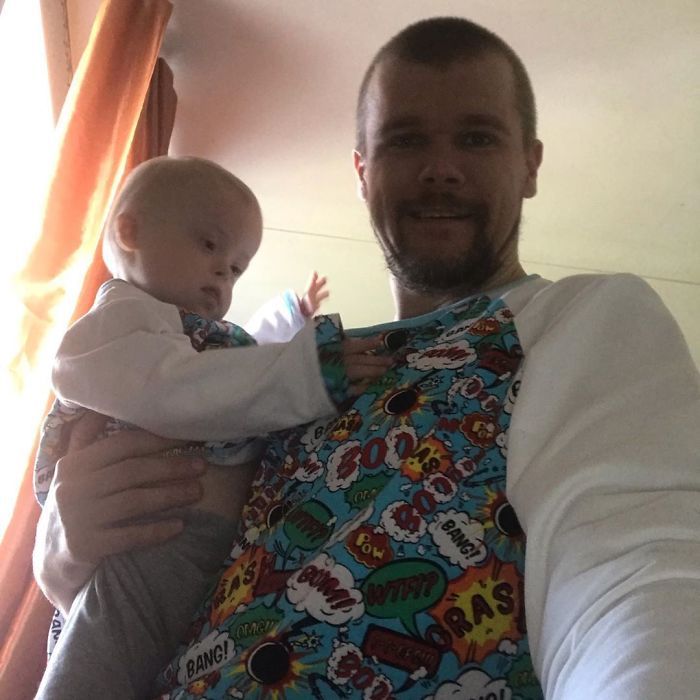 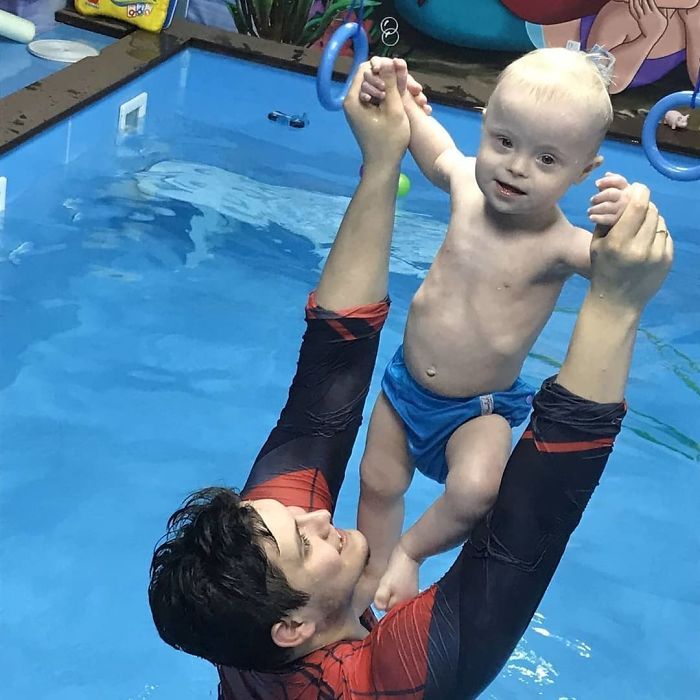 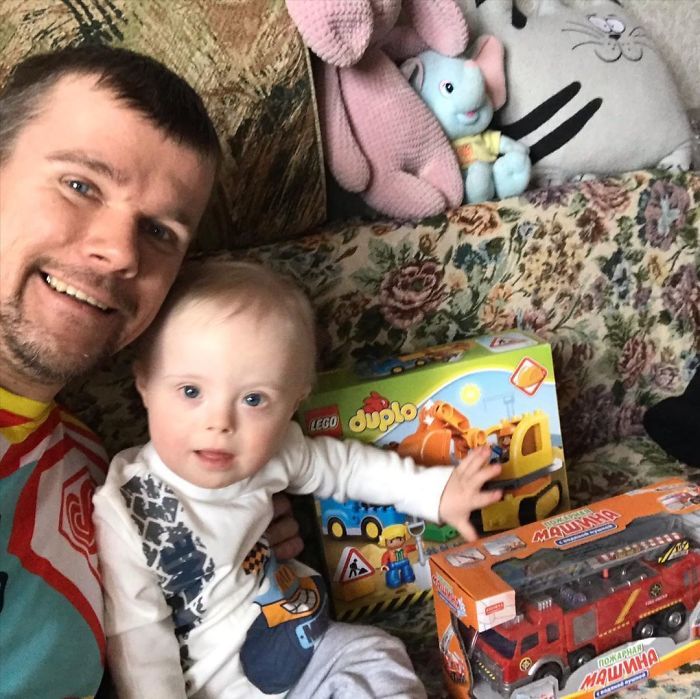 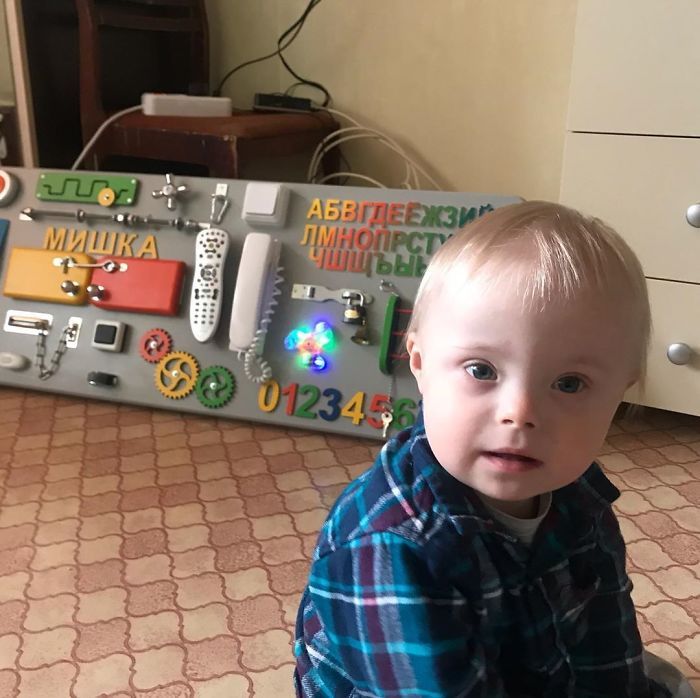 Evgeny wants to fight the stigma surrounding Down Syndrome kids

“I want all the articles about Mishka and me that are being published now to convey that idea to society and instill it. And I also want to support, inspire with my example those people who are or will be in the same situation as me. I try to communicate with those who are within reach, I correspond with those who are far away. I hope that those who have difficulties now, as it was for us, read about us. Have no fear! Everything will be fine!” 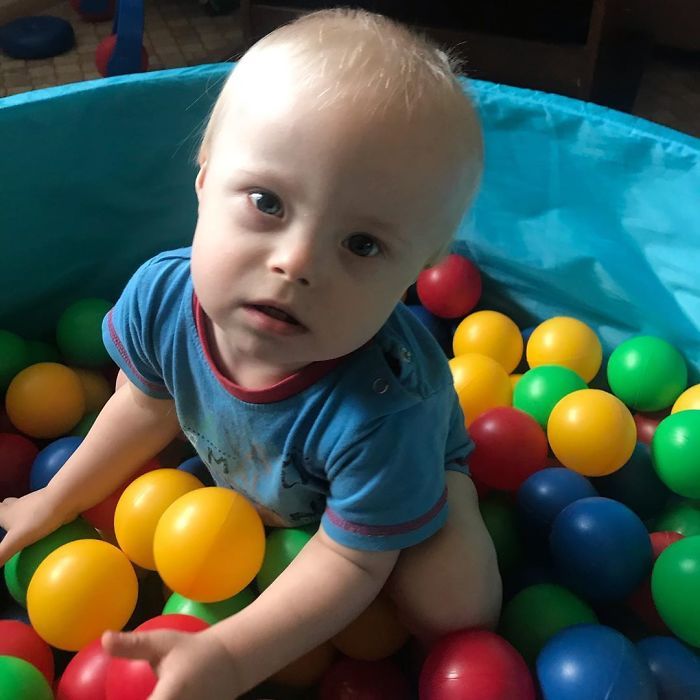 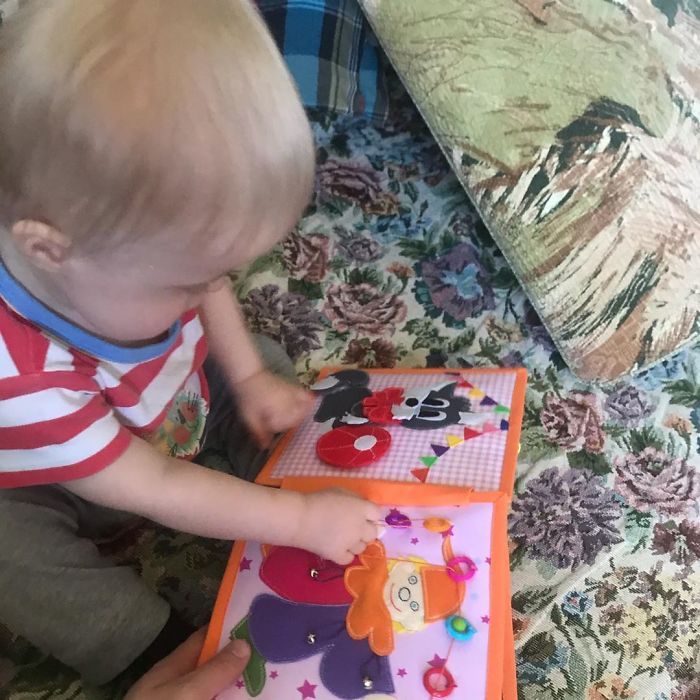 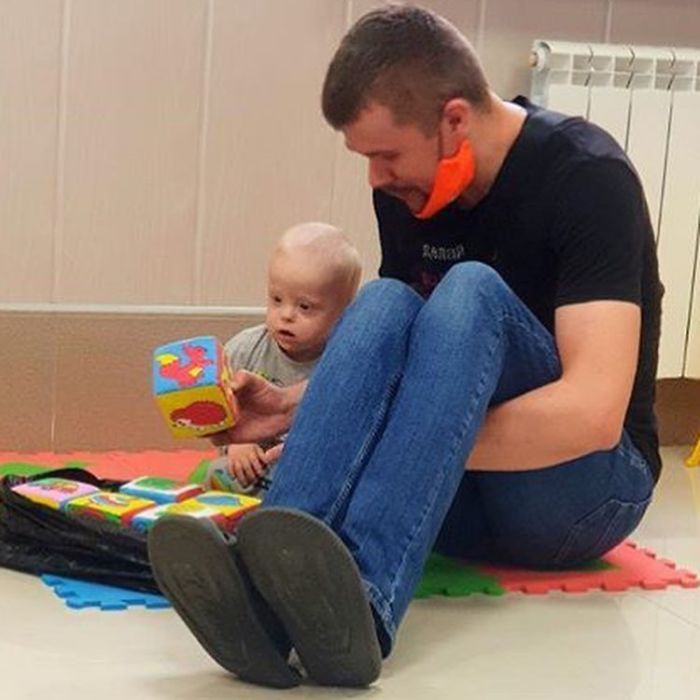 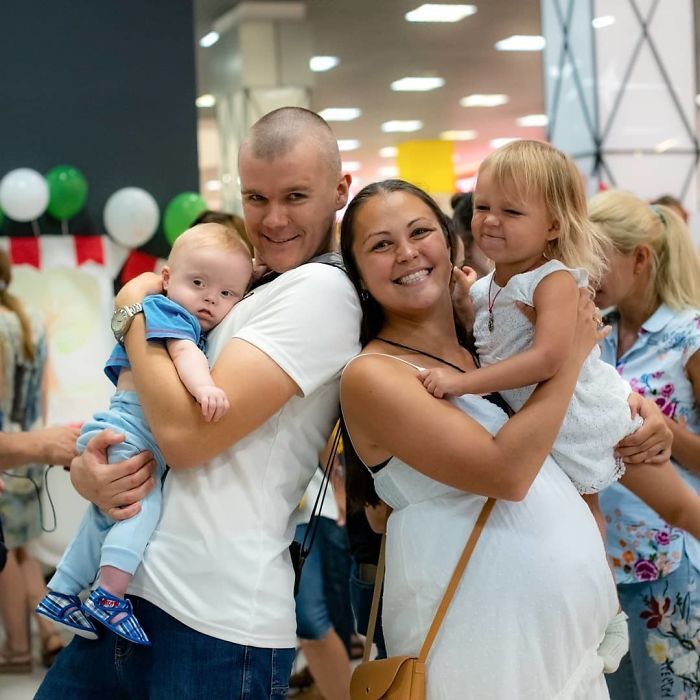 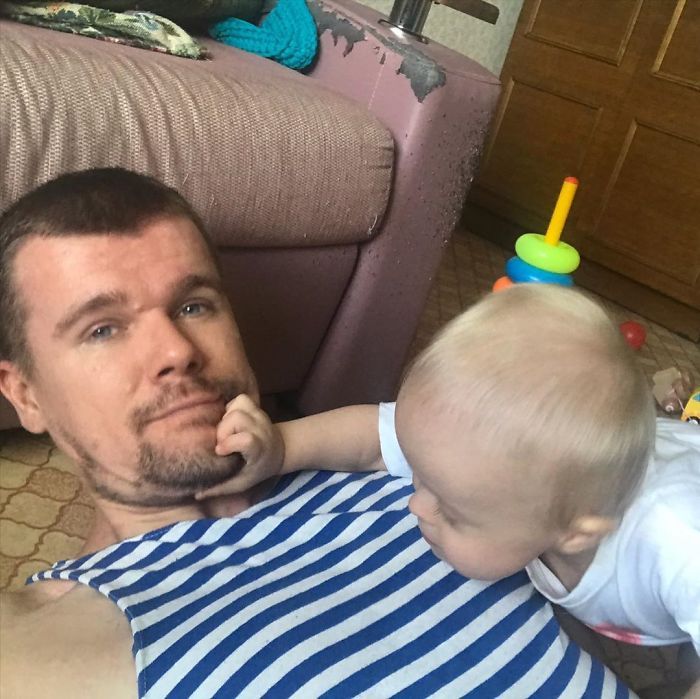 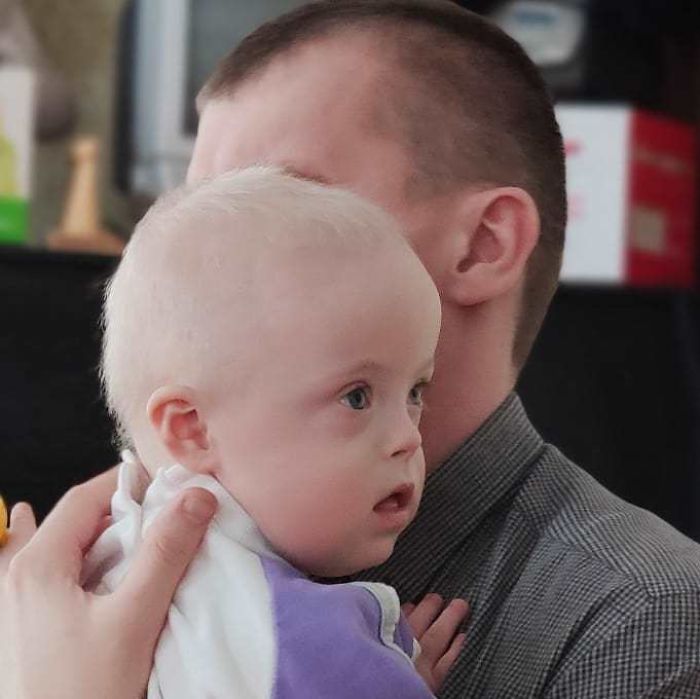