Mother Claims School Body-shamed 12yo Daughter With Their Dress Code

Posted by in Social Issues On 7th October 2021
ADVERTISEMENT

A mother of three came to her daughter's defence after she was body-shamed and sent home from her middle school. A series of videos show her having a conversation with school officials. 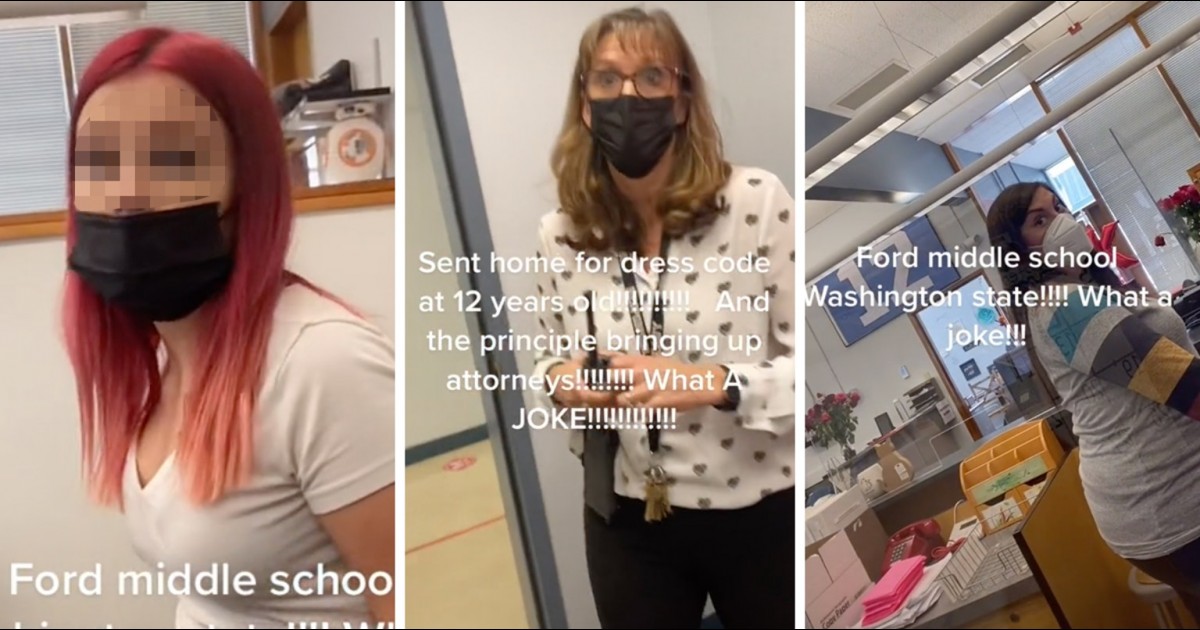 A mother of three recently posted a series of videos on her TikTok showing her in the middle of a conversation with the office of the middle school that her daughters attend.

The argument is with regard to an incident in which her daughter was sent home for violating the dress code; a move that the mother and daughter maintain was a result of their body-shaming policies.

The mother states that she will be recording for her protection even though the Office Manager Carly Excoto isn’t too keen on being recorded. Washington laws however allow for single part consent as long as other parties are aware that a record is being taken.

By the end of the first video, her daughter also enters the office wearing grey sweatpants, a shirt and a mask.

The follow-up video shows the principal Heather Renner also telling the other she may not record in the school and mentions attorneys.

The mother maintains that she will continue to record and insists that her daughter be returned to her classroom. When the principal refuses, she asks, “So you’re taking away her education over her dress code?” The principal exits the room without responding at this point.

The third video then shows a screenshot of the dress code policy to address the naysayers and confirms that her daughter was within the bounds of the policy. She further added in the comments that she had brought a replacement shirt but the school did not allow her to return to class in that case either.

The last video shows her thanking the Sherriff who notifies her that her daughter will have to leave the school and may face suspension although he was unclear as to why.

People were shocked that the entire incident was with regard to a 12-year-old who should not have been reprimanded in the first place.

Commenters also pointed out that this would be a traumatic and defining moment for the child.

This commenter also brought attention to the fact that only teachers seemed to care about these policies that had no basis in real life.

This commenter pointed out that if teachers were distracted by young students then it was on the school to investigate and reprimand them rather than put the onus of responsibility on the students themselves.

Mostly they lauded the mother for taking a stand and not backing down when pushed around by multiple people and figures of authority in the school.

Ultimately, no one could see what was wrong with the child's outfit. 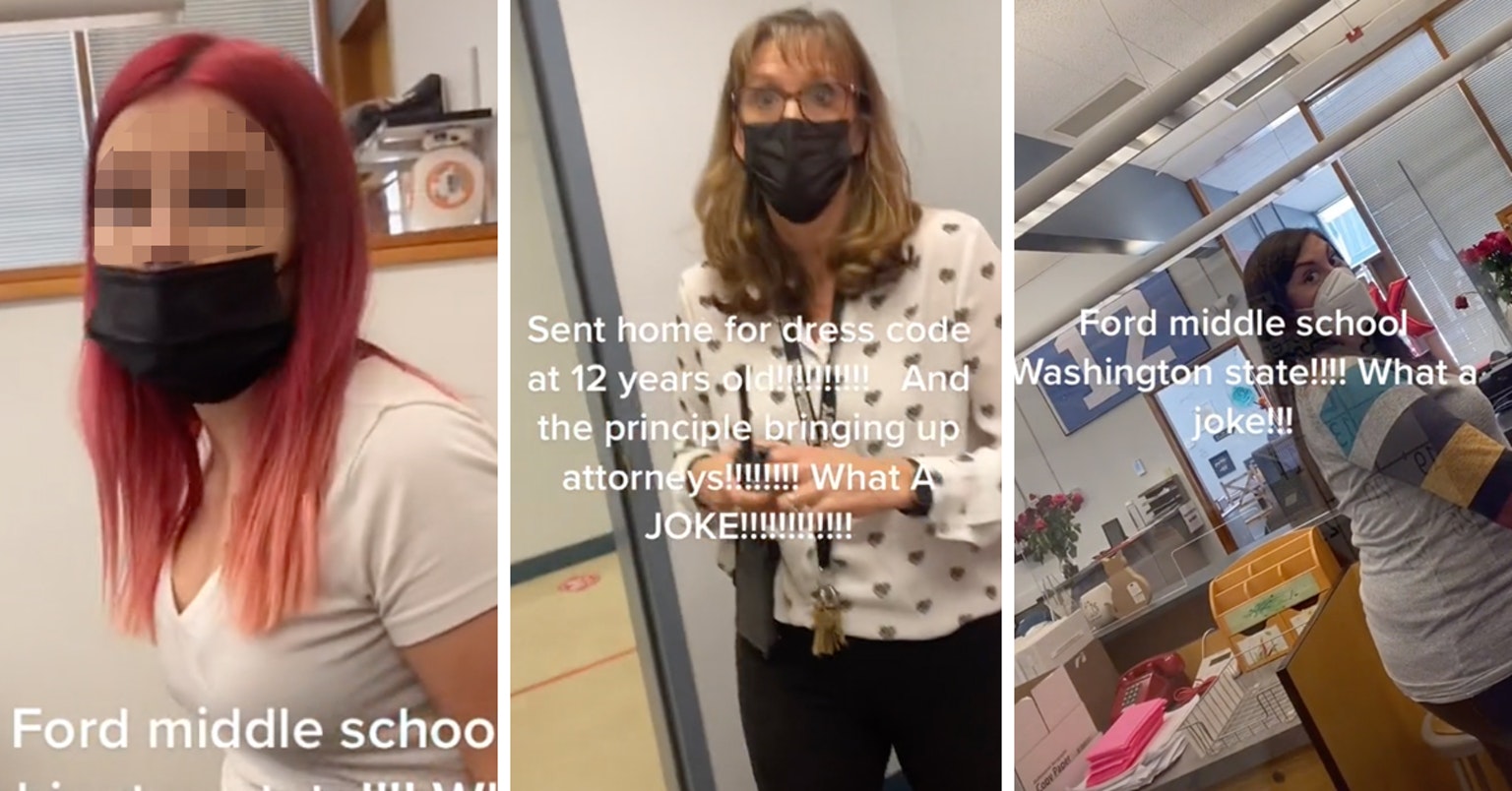