Posted by Sama in Heartbreaking On 22nd June 2020
ADVERTISEMENT

A mother swan died after her eggs were smashed in Bolton, Greater Manchester. The mother swan's nest was destroyed by vandals and her eggs were killed and soon after the incidence, the father swan left under stress and was nowhere to be seen. The poor mother died alone and was found too late by the wildlife activists. 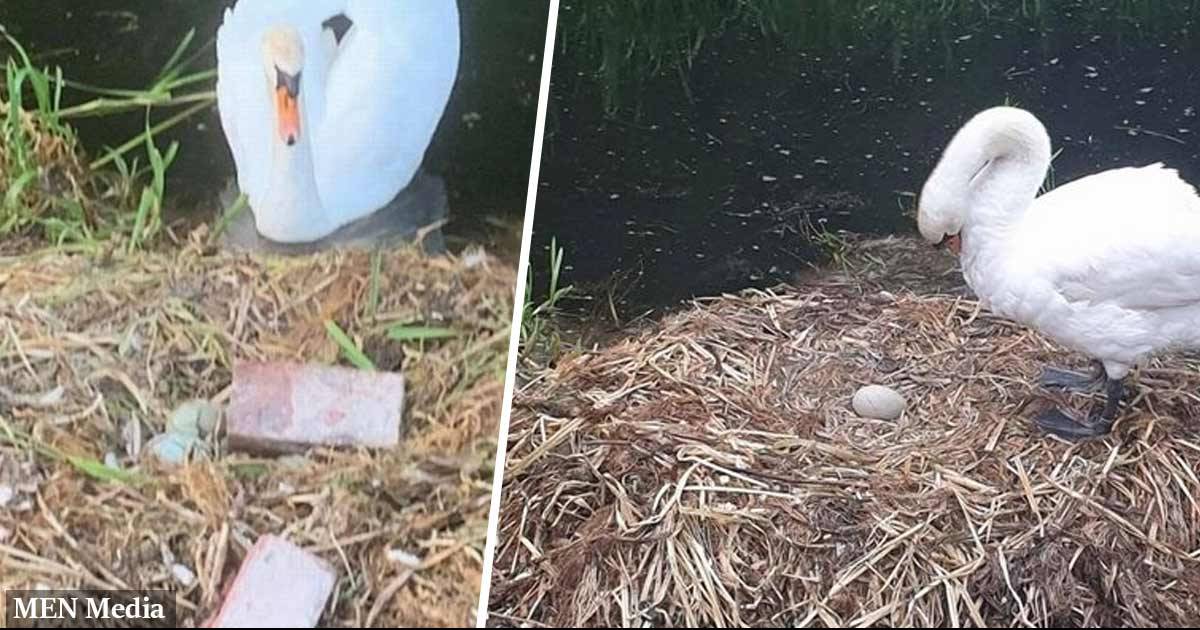 #1 Mother swan died after cruel vandals destroyed her nest and killed her eggs.

We are going through the worst humanitarian crises but humans refuse to learn their lesson. A mother swan died after cruel heartless vandals destroyed her nest and killed her eggs. A group of teenage boys killed the unborn cygnets after hurling rocks and bricks at them last month in Bolton, Greater Manchester. 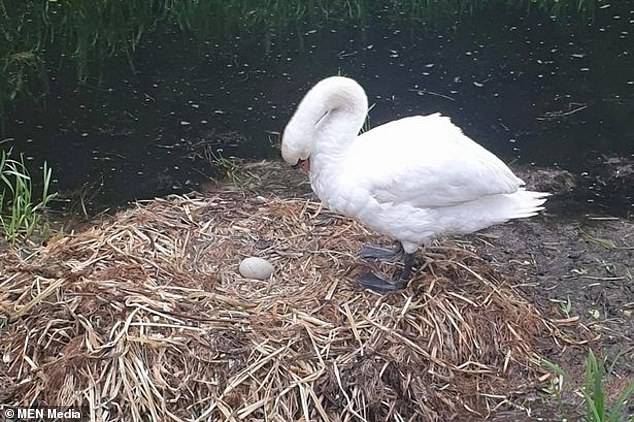 #2 The female swan has been harassed by moorhens, ducks, and a dog since her unhatched eggs were first attacked.

As reported by Manchester Evening News, mother swan was found dead last week soon after father swan disappeared. The yobs were spotted throwing rocks and bricks at the swans' nest along Manchester Canal in Kearsley on May 20. 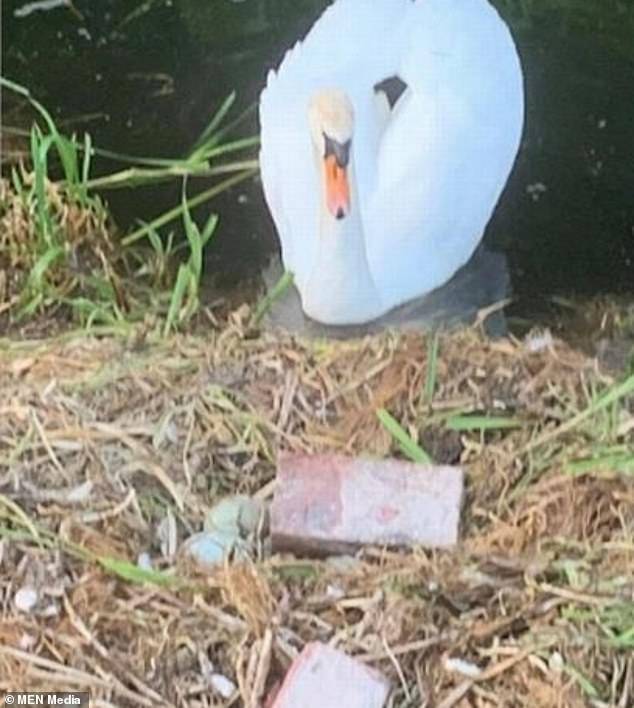 As reported by witnesses, the yobs were aiming for the island where the swans have made their nest and destroyed three of the six eggs were smashed. Wildlife activists were monitoring the eggs and reported that more eggs were lost following the incidence and only one was left. They also reported that the father swan swam away from the nest in stress and had not returned ever since.

The female swan has been harassed by moorhens, ducks and a dog since her unhatched eggs were first attacked.

#3 Her partner was driven away by stress.

The activists, unfortunately, found the mother nest dead in her nest earlier this week. Activist Sam Woodrow said: 'There's not much I can say really.

'She probably died of a broken heart as she had a partner for life and he was driven away by stress.' 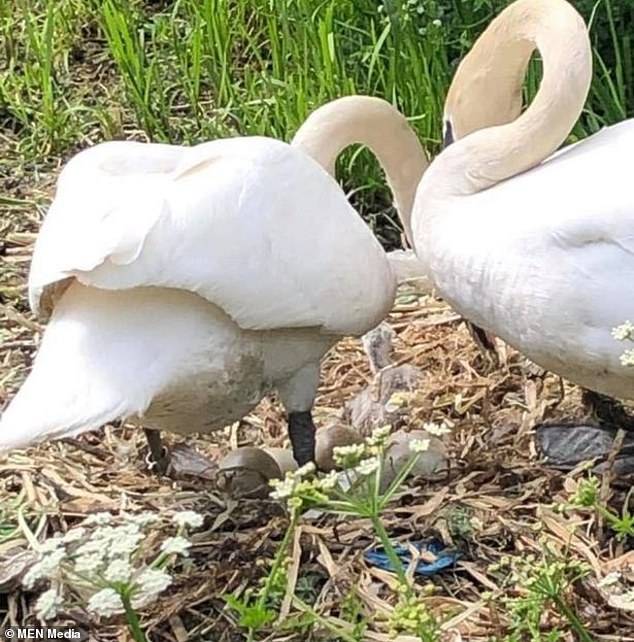 Swan Lifeline says that it is known that swans die of broken hearts if they lose their partner as swans usually mate for life. 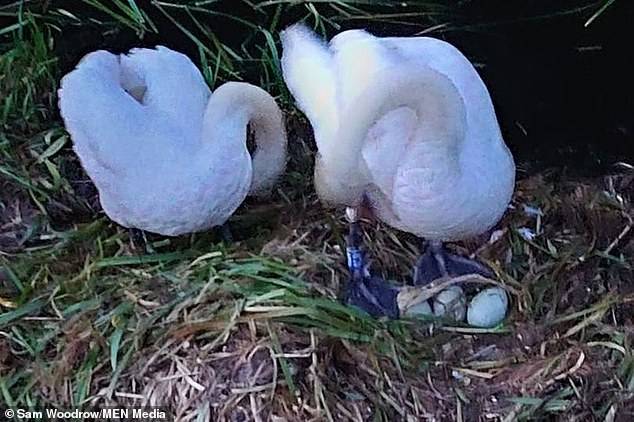 Posting on Facebook, Michael Mason said: 'Her mate left her on her own and sadly I was informed this morning she was found slumped in her nest dead. I just feel like crying.'

Swan Sanctuary said that if a swan's mate disappears or gets killed, the surviving bird goes through the same grieving process as the humans.

Then the swan either finds a new stretch of water to live in, flies off to join another flock or stays where it is.

A spokesman for the RSPCA said: 'This is a really sad development and it is very upsetting to hear about the death of this poor swan.

'We are investigating the previous distressing incident and we would urge anyone with information to contact our appeals line on 0300 123 8018.

'Swans, their nests and their eggs are protected under the Wildlife and Countryside Act 1981.'

Met Police launched a hunt for a jogger who allegedly booted a cygnet in Richmond Park in south-west London, on June 8.

Police suspected the jogger kicked the newly-hatched cygnet, leaving the tiny bird with brain damage. It died two days later at a sanctuary in Shepperton, Surrey. 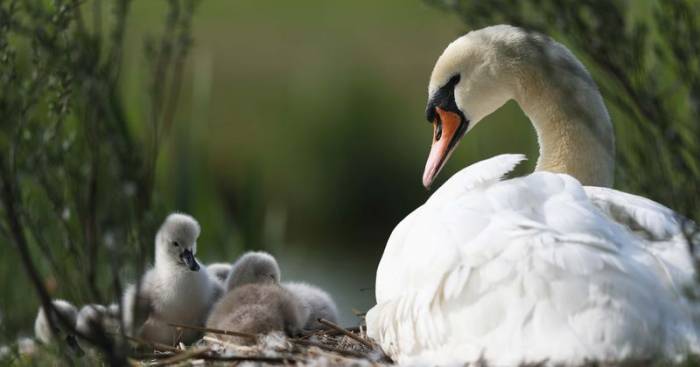