The world's highest mountain Mount Everest is 0.86m higher than had been previously officially calculated, Nepal and China have jointly announced. The height was calculated using a combination of geodetic data. The new taller height of the mountain was remeasured with experts from both sides working together. 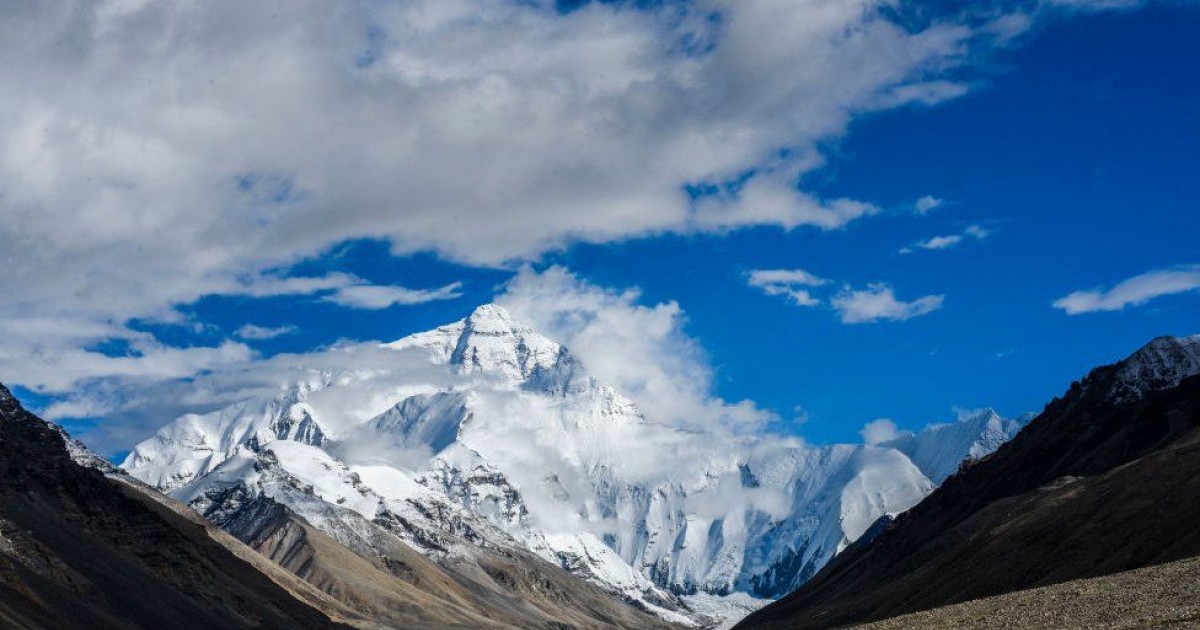 Mount Everest just grew a little taller but it's not what you think!

The world’s highest mountain is now officially a little higher – and that might not be the end of the story. China and Nepal agreed this week on a new standard height for Mount Everest, the rugged Himalayan peak that straddles their border. 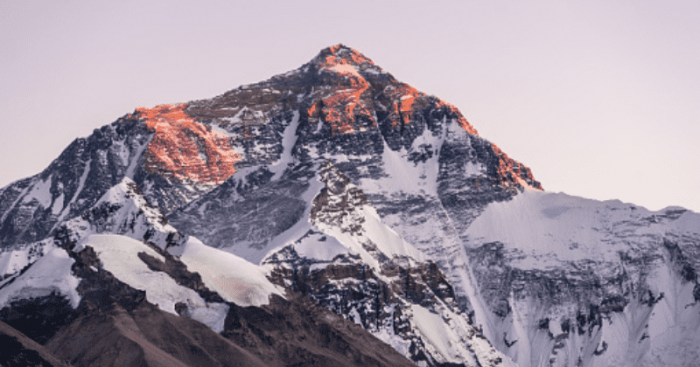 It isn't like the mountain is growing like a tree in height, but it has more to do with the people measuring it's height.

Both China and Nepal have agreed on the new height

Mount Everest is located at the border of Nepal and China. But the two countries have disagreed for the longest time about how the tallest mountain in the world should be measured. This time, however, they have come to a consensus with the new height.

The agreement to jointly announce the new measurement of the Earth's highest point was made during Chinese President Xi Jinping's visit to the Nepalese capital, Kathmandu last year. 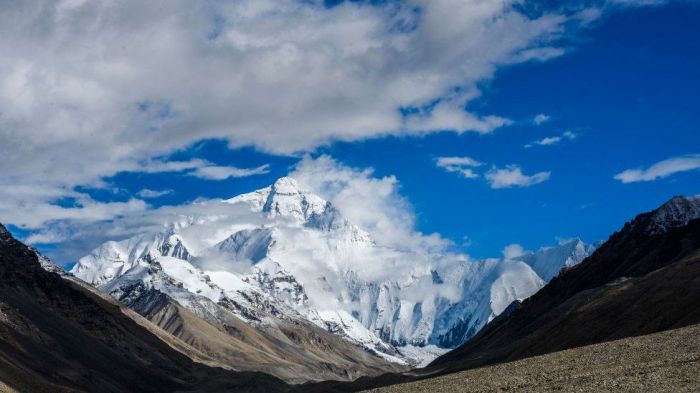 The agreement marked the end to a long-running debate over the precise dimensions of the mountain, known as Sagarmatha in Nepal and Qomolangma in Tibet. Over the years, the two countries -- as well as other governments around the world -- have offered up differing estimates of the mountain's height.

Reason of difference over official height

Nepal previously relied for its measurement on an estimate of 8,848 metres made by the Survey of India in 1954, which included snow lying in the rock summit pyramid. This was for a long time regarded as the “official” height. 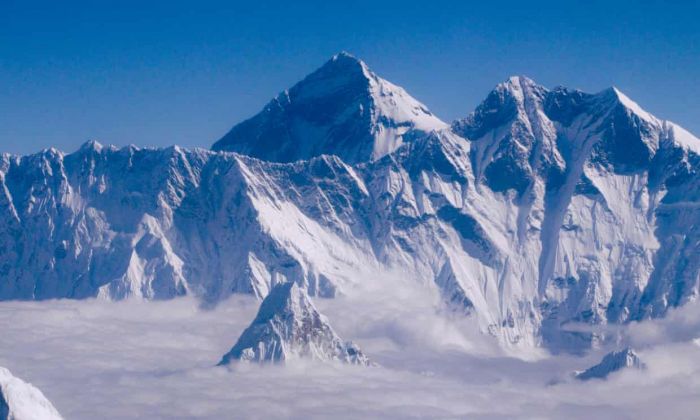 Chinese experts believed Mount Everest should only be measured by its rock height, while the Nepalese scientists wanted to include the snow that sits on top of the mountain in the height as well.

Both countries sent surveyors to measure the new height

In 2015, multiple scientific studies suggested the mountain's elevation may have changed after a 7.8-magnitude earthquake hit Nepal. Two years later, the Nepali government for the first time kicked off its own long and arduous mission of re-measuring the height.

China started measuring from the Tibetan side of the mountain following Xi's visit. China sent an eight-member team to carry out its own survey. Since then, the two sides have been analyzing their findings. 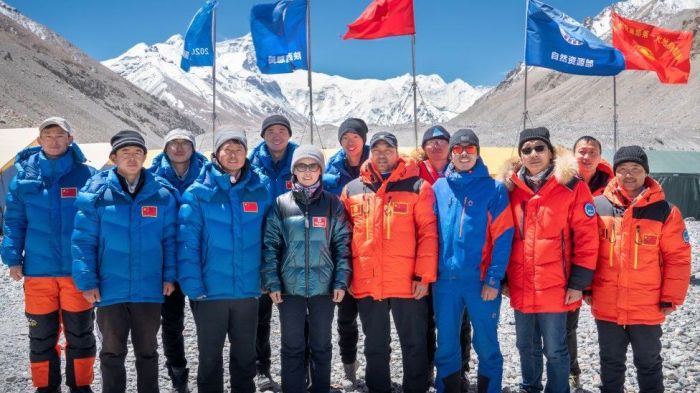 How is the mountain measured?

The surveyors employed two methods to measure the mountain: The first was based on trigonometry, a time-tested technique that is also known as a leveling survey. The second used the latest technology, relying on a combination of readings from a satellite navigation system and a complex model of sea level.

Measuring the height above sea level has always been tricky because ocean levels vary considerably depending on tides, magnetism and other factors. Rising sea levels are creating another factor for future measurements. 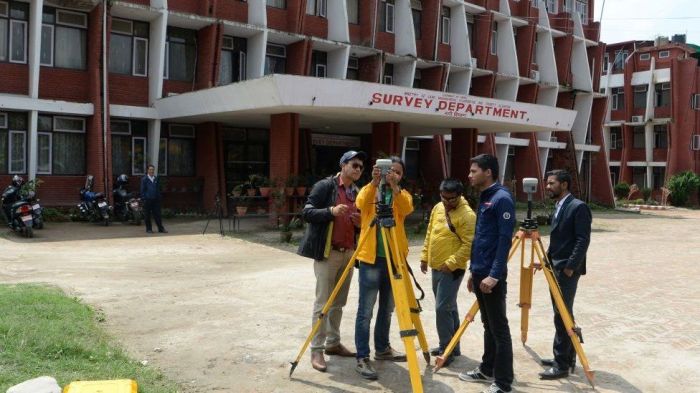 The new height was calculated using a combination of geodetic data received from three mechanisms: leveling instrument, gravity meter and GPS. The team placed a signal receiver at every station, and measured how much time it took for signals to travel between the receiver and satellites — then converted that measurement into height.

Why does it keep changing its height?

Due to shifting tectonic plates and the occasional earthquake, the height of the mountain keeps changing. The former pushes the mountain’s height ever-so-slightly upward each year, while the latter can cause it to sink.

Himalayan chain is located on, and was formed by, the uplift caused by the colliding Indian and Eurasian tectonic plates, which are continuing to push up the Himalaya at an average of 1cm every year. 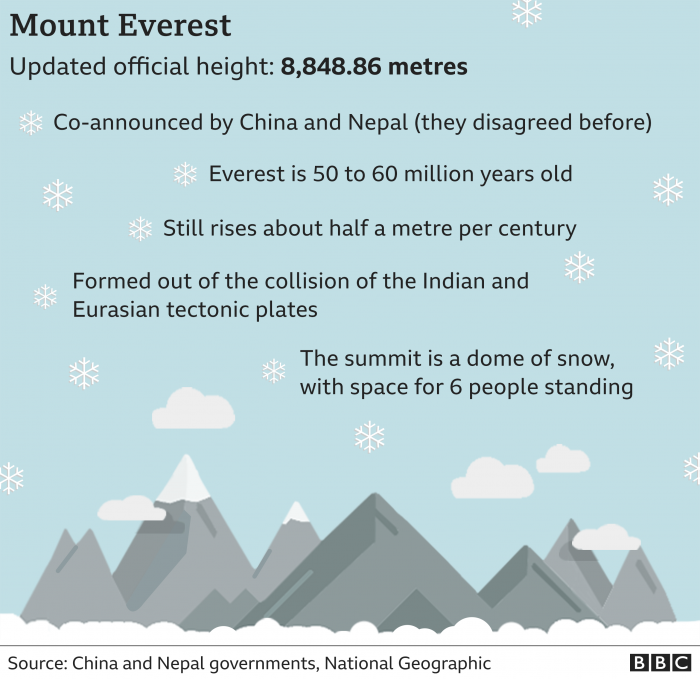 Some geologists have suggested a major earthquake in 2015 may have had an impact on Mount Everest's height and may have caused Everest's snow cap to shrink.

The new height has strengthened the geopolitical relation of both countries

"The project was a matter of national pride for Nepal and a prestigious undertaking for the Nepali government. I feel very proud that we were able to complete it successfully," Susheel Dangol, Deputy Director General at Nepal's Department of Survey, told CNN. "Nepal and China jointly processed the surveyed data and came up with the result."

The project was undertaken after a visit from Chinese President Xi Jinping to Nepal,during which the two countries agreed to remeasure the height of the mountain that stands as "an eternal symbol of the friendship between Nepal and China." 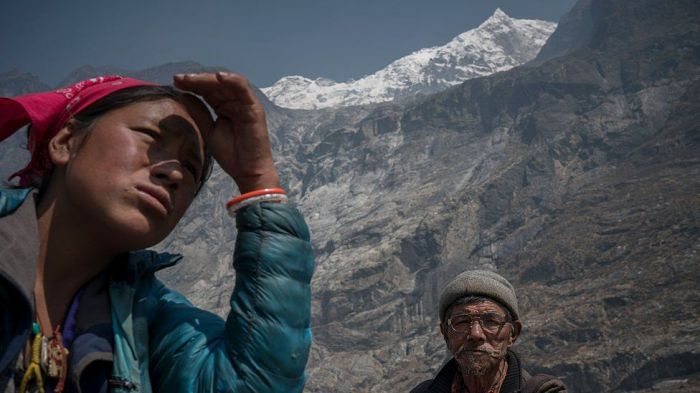 The new joint measurement also involves an element of geopolitics. Nepal is wedged between two larger neighbors — China and India — and China has sought to deepen its influence in recent years.