Myths Everyone Believes That Are Not True

Carrots give you night vision. Swimming after eating will give you cramps. You need to drink eight glasses of water a day. Organic food is more nutritious and free of pesticides.

Who hasn't shared these and other amazing-sounding notions about health and the human body, only to feel embarrassed later on — when you find out the information was inaccurate or flat-out wrong?

It's time to put an end to these alluring myths, misconceptions, and inaccuracies passed down through the ages.

To help the cause we've rounded up and corrected dozens of the most popular health "facts" that we've heard. 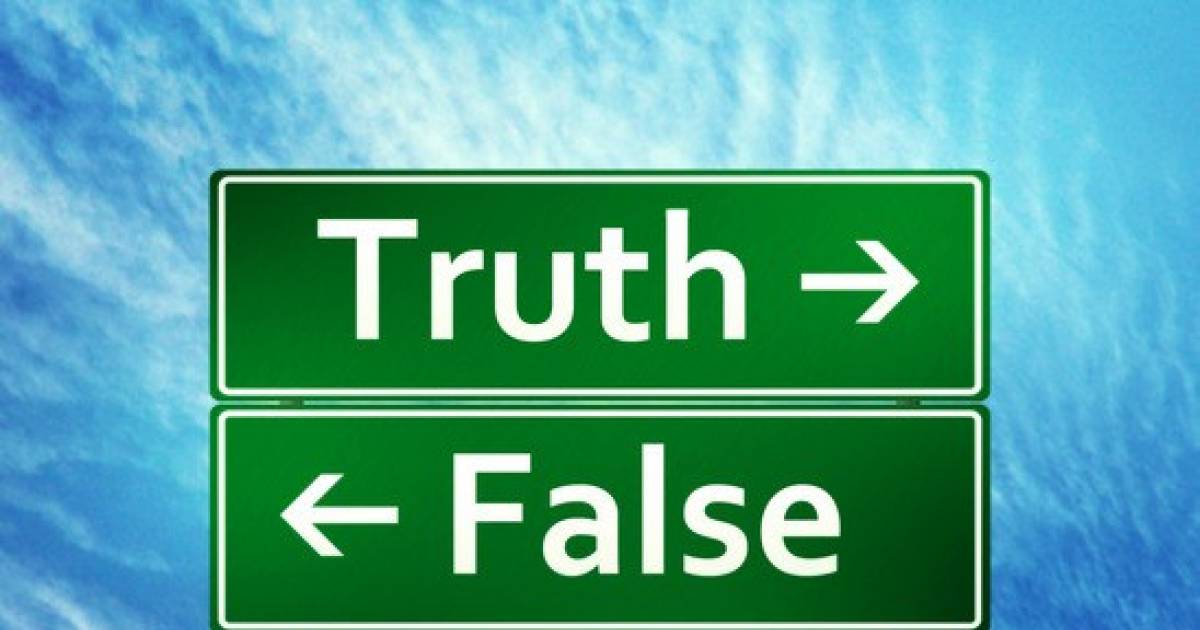 Myths, Old-Wives Tales, Poppycock, whatever you may claim them to be, these bits of information are everywhere, whether they are truthful or not. Whether you have grown up with them or just heard about them recently, most of the time it is up to you whether you wish to believe in them or not.

Here are some extremely common myths that everyone has heard at least once, in their lifetimes, that just are not true. Also, if you have not heard of any of these myths, then at least now you know not to believe them if they ever reappear in your life. Enjoy: 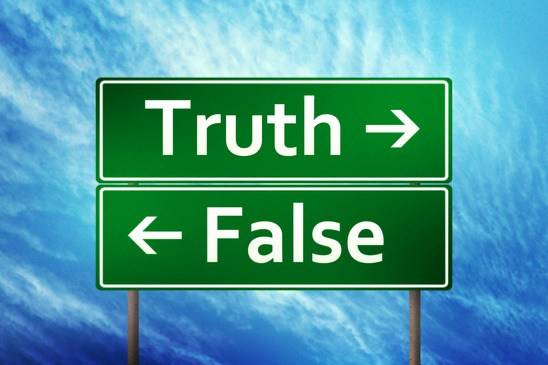 The truth about Napolean

The rumor about Napoleon’s height—or lack thereof—started during his lifetime. English propagandists depicted the general as comically diminutive in critical cartoons during the Napoleonic Wars. The belief became so deeply established that in the 20th century, a psychological complex specific to short men was named after him. But how tall was he really? Probably around five-foot-six—which was actually just about average for the era. That height comes from what was written at the time of his death. A physician’s note that accompanied Napoleon’s coffin says that he was five-foot-two “from the top of the head to the heels”—but an additional note specifies that this is French measurements and that it is equal to five-foot-six in English terms. 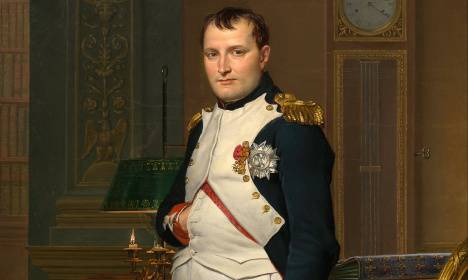 There's no such thing as a sugar rush. It's just a just a placebo.

There is a widespread popular myth that kids who eat too much candy can find themselves going wild in a sugar rush. However, that turns out to be untrue, as researchers have not seen a correlation between sugar and a child's hyperactivity.

Birthday parties were a big part of the reasoning behind sugar giving children rushes. However, the reason for their hyperactiveness is more along the lines of the excitement for getting treats as well as being around and playing with the other children. So the answer to a sugar rush is mostly, kids being kids. 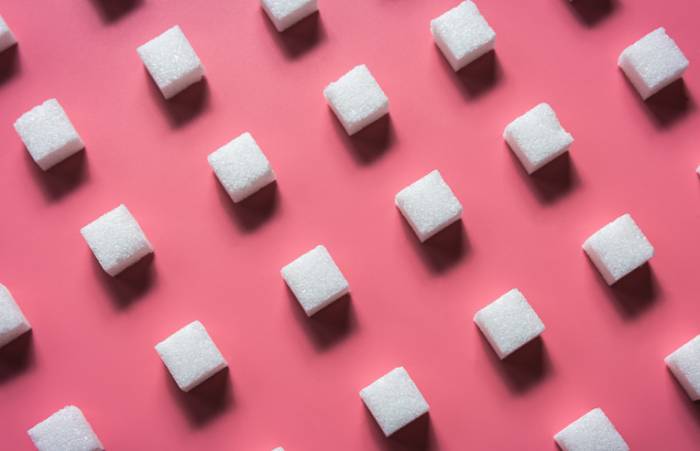 Mount Everest Is The Tallest Mountain in the World.

Mount Everest is one whopping big mountain, but is it the tallest in the world? In fact, it is not. A mountain is highest in regard to how far it soars above sea level. But technically it is tallest from base to summit. And Mauna Kea kills it at being the tallest.

But the shame doesn't end there. Mount Kilimanjaro hasn't taken the stand yet. Kilimanjaro is 19,340 feet (5,895 meters) top to bottom. So it's not as tall as Everest – but Everest is surrounded by the rest of its friends, the Himalayas, all of which are collectively growing by a quarter of an inch per year and pushing Everest's summit higher. Kilimanjaro, on the other hand, is solitary, rising out from the relative flatness of Tanzania all on its dramatically striking own. 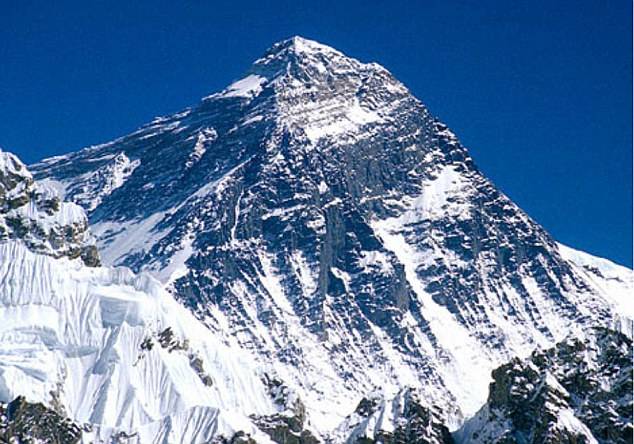 Milk does a body good!

This is an incredibly successful bit of advertising that has wormed its way into our brains and policies to make milk seem magical.

The US Department of Agriculture tells us that adults should drink three cups of milk a day, mostly for calcium and vitamin D.

However, multiple studies show that there isn't an association between drinking more milk (or taking calcium and vitamin D supplements) and having fewer bone fractures.

Some studies have even shown an association with higher overall mortality, and while that doesn't mean that milk consumption itself was responsible, it's certainly not an endorsement. 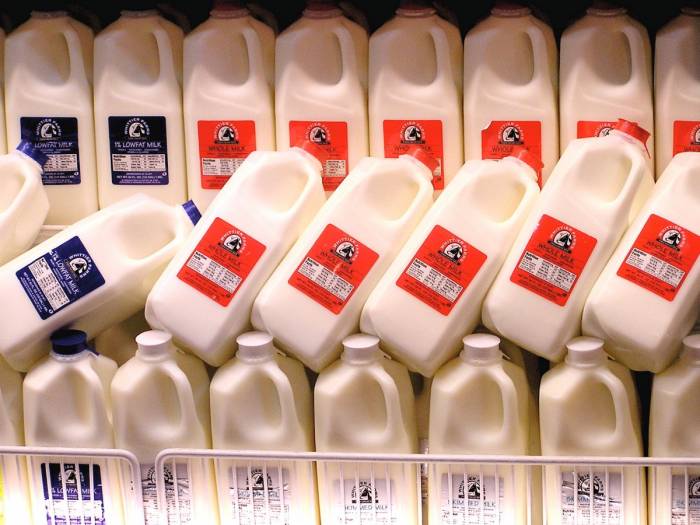 This myth is a product of WWII propaganda, when the British army claimed that the reason its soldiers had such great night vision was that they ate their carrots. However, the British government merely promoted this information as a way to distract from the real reason their senses were going crazy: the fighter pilots all had radar in their aircraft, making the enemy much easier to detect. The carrot myth stuck around, despite its basis in lies, and it even found its way into Bugs Bunny cartoons. 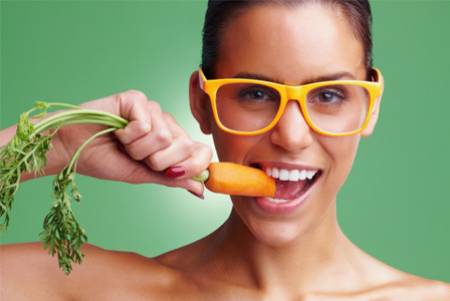 It's cold season, so this is especially important. Antibiotics are necessary in fighting bacteria-related illnesses, but they will not help viral illnesses. And, you guessed it: a cold is a virus. This is why antibiotics don't help stomach viruses either. The best way to treat a cold is to get plenty of rest, drink a lot of water, and blow your nose a lot. 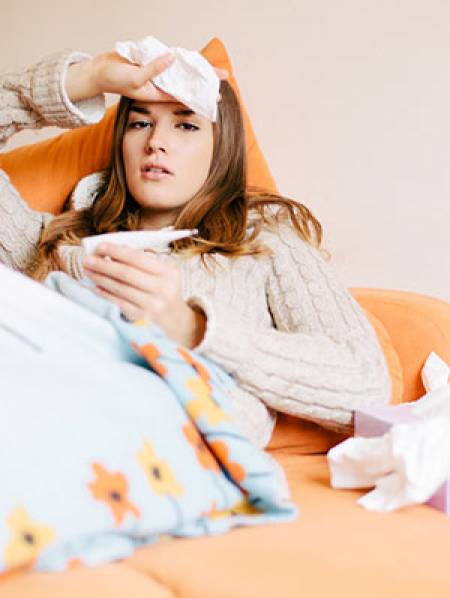 FRESH vegetables are BETTER than FROZEN ONES

Many studies have claimed that frozen fruits and vegetables can be as nutritious as the fresh ones. According to researchers, a fruit or vegetable starts losing its nutrients once it's picked up from the farm, and by the time it reaches the local grocery store, it has lost quite a lot of nutrients. On the other hand, a frozen fruit is immediately processed once it is picked and, as a result, can retain its nutrient levels better. 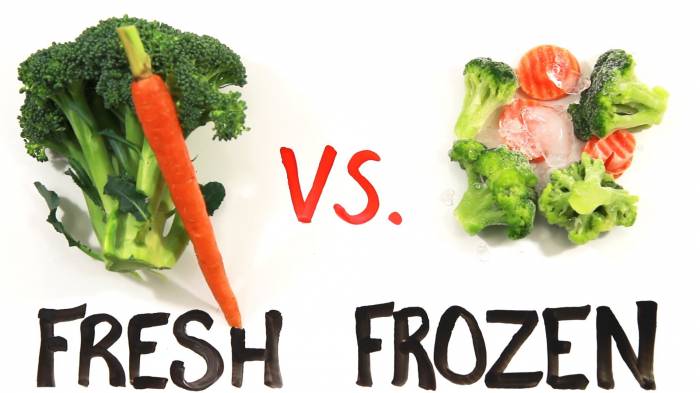 Lots of people think different parts of the tongue are fine-tuned to detect different tastes. The tip of the tongue is where you get your cupcake on, the sides are where the salty taste really hits home, bitter's in the back, and in between is the sour zone. This "fact" was the prevailing notion for a very long time. It has persisted in spite of millions of kids in health class insisting that the wooden spoon just tastes like wooden spoon, no matter how they lick it.

More recently, however, we've found out that the whole zones theory was pretty much bologna. (That would be the umami talking. More about that in a sec.) It turns out people can sense different tastes all over their tongues. There are a few outliers, but for most people, them's the facts.

Then there's the fifth basic taste that doesn't get a lot of PR, and that's umami. Auguste Escoffier, the pimpest chef in 19th century France, concocted this fifth wheel in the palate party. Foodies swooned over it – it's been described as savory and meaty – but scientists stuck to the sweet/salty/bitter/sour taste tetrahedron.

Even though umami was a familiar taste in Japan, the "fifth taste" idea didn't get much traction there, either. That is until Kikunae Ikeda, a whiz-bang Japanese chemist, decided to get to the bottom of what umami was all about. He figured out the taste came from glutamic acid, and he called it the Japanese version of yummy.

No one at the time believed him, though, and it wasn't until the end of the 20th century that scientists decided to look into it. They realized Ikeda was right all along. 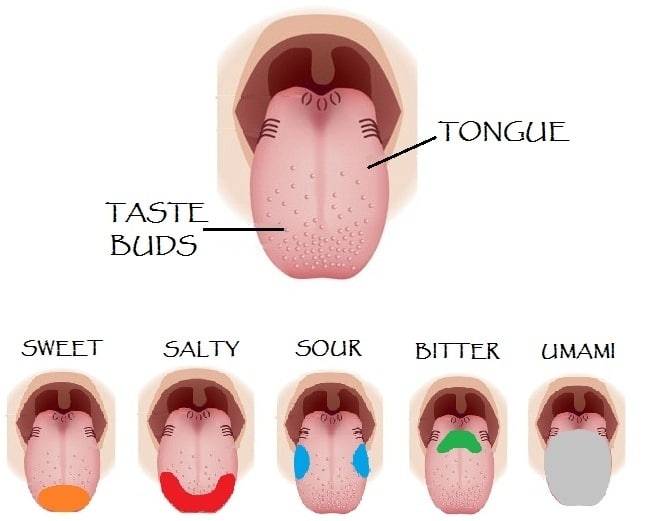 For one month, scientists fed dozens of people candy bars containing 10 times the usual amount of chocolate, and dozens of others fake chocolate bars.

When they counted the zits before and after each diet, there was "no difference" between the two groups. Neither the chocolate nor the fat seemed to have any effect on acne. 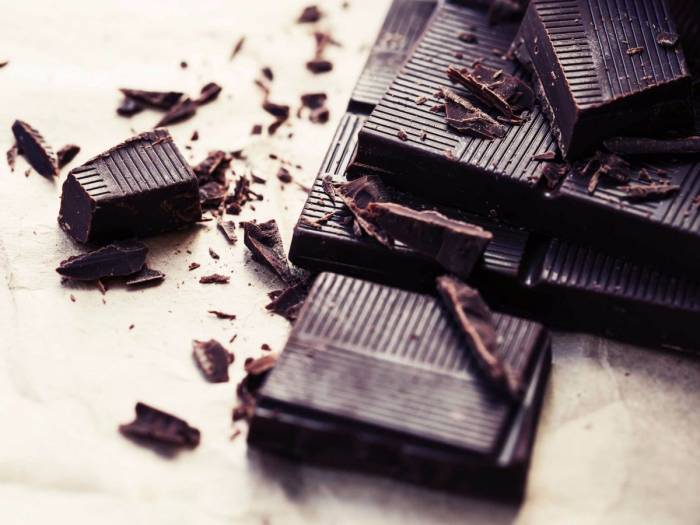 If you swim right after eating, you will get a cramp and drown.

When you’re a kid, you’re constantly told to wait to swim after you eat — between 15 minutes to a half hour. However, that’s just the result of overprotective parenting. Despite the common belief, there’s no correlation between cramping and eating, and our bodies are perfectly adapted to simultaneously swimming and digesting. You might get queasy if you exert yourself too quickly, like going to the gym after a big meal, but that has nothing to do with the water. It would happen anyway. 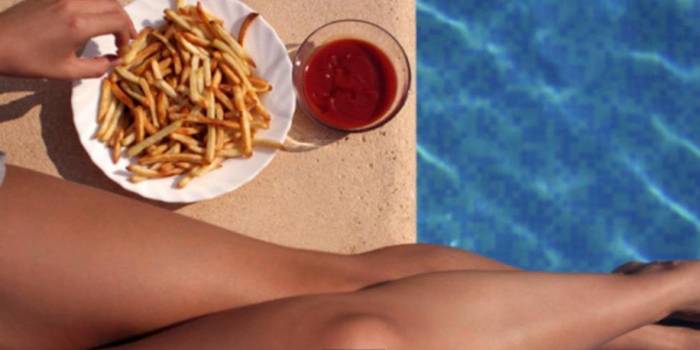 It’s a common belief that cutting down on carbs helps you lose weight. But before you eliminate carbs from your diet completely, listen to what the experts have to say. According to Jean Harvey-Berino, head of the department of nutrition and food sciences at the University of Vermont, there is nothing inherently fattening about carbohydrates. Complex carbs in grains, fruits and vegetables provide energy to the body and thus are very important. The carbs to be avoided are the simple or refined ones present in foods made of white flour or with a high sugar content. 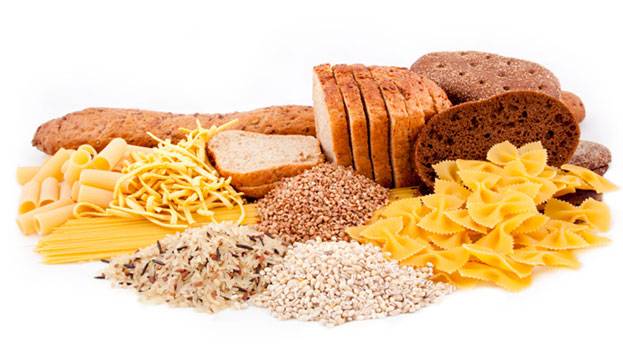 When a company slaps "low-fat" on a product, they are doing it for one reason: to make more money. People see low-fat and think that they're eating something good for them, so they buy a whole bunch. Don't be fooled. If something is low-fat, it might have less fat than it's full-fat sibling - but what about sugar? Carbs? All of the other chemicals that are making it low-fat? If you want to eat healthier, start eating natural foods. 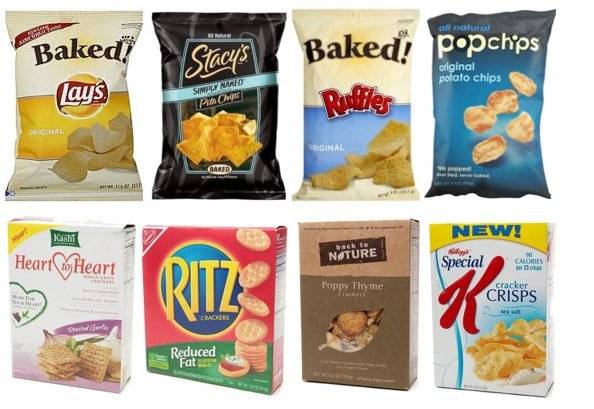