Astronomers used data from NASA's Juno spacecraft to explore auroras. They're caused by charged particles ejected from the volcanic moon lo. The magnetosphere that surrounds Jupiter then interacts with these particles. This is similar to the interaction of solar wind particles with Earth's magnetosphere. 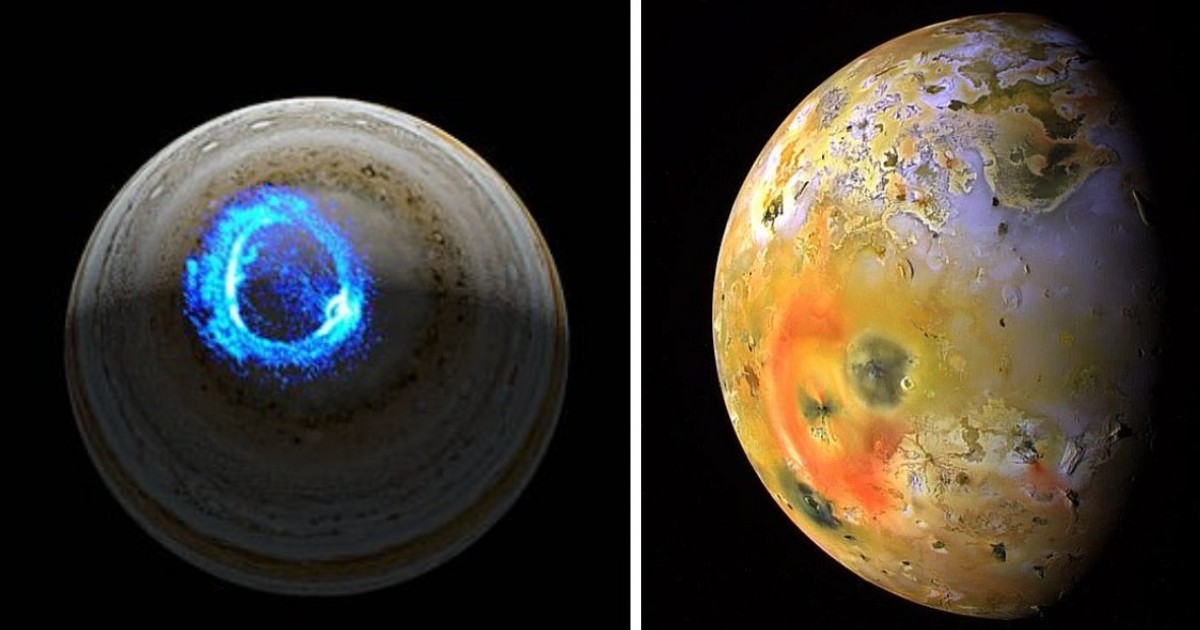 The NASA Juno spacecraft, which is currently studying the gas giant from orbit, has discovered the origins of the bright blue circular aurora.

The auroral dawn storms, also known as the Jovian polar light show, brighten up the vast world's north and south poles early in the morning.

According to NASA and the University of Liège team behind the discovery, these massive, transient displays of light evolve in a similar way to 'aurora substorms' that undulate across Earth's polar skies. 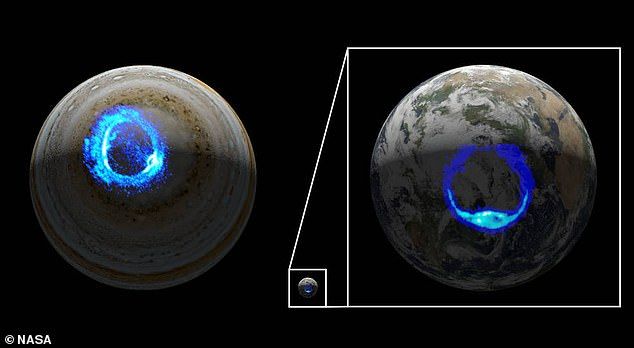 Jupiter's dawn storm has lights that don't match solar wind patterns, leading researchers to believe it's mostly made up of charged particles from the moon Io.

The magnetic field of the gas giant planet ionizes and traps these particles, resulting in the circular early morning light show around the polar regions. 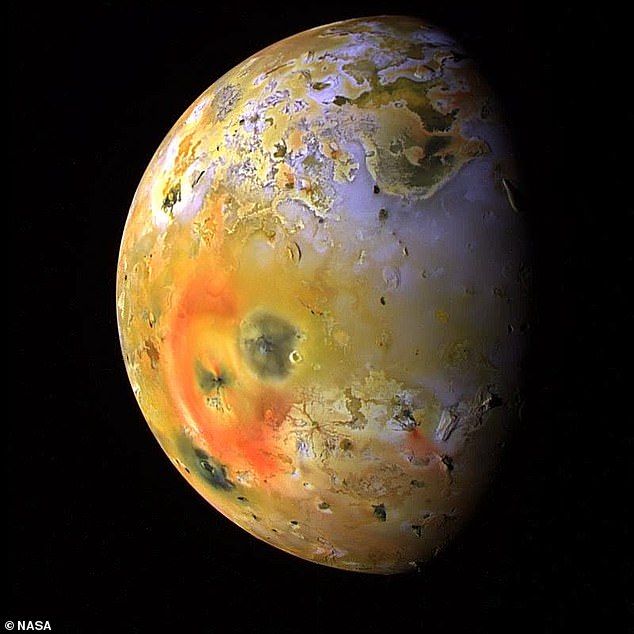 This is an oblong light curtain that surrounds both poles near the point where the atmosphere comes from darkness in the early morning.

Before Juno, observations of these ultraviolet auroras had only provided side views, hiding everything that was going on on the planet's nightside.

'Observing Jupiter's aurora from Earth does not allow you to see beyond the limb, into the nightside of Jupiter's poles,' said lead author Bertrand Bonfond.

Previous spacecraft, such as Voyager, Galileo, and Cassini, viewed the world from afar and didn't fly over the poles, so Juno has been especially useful. 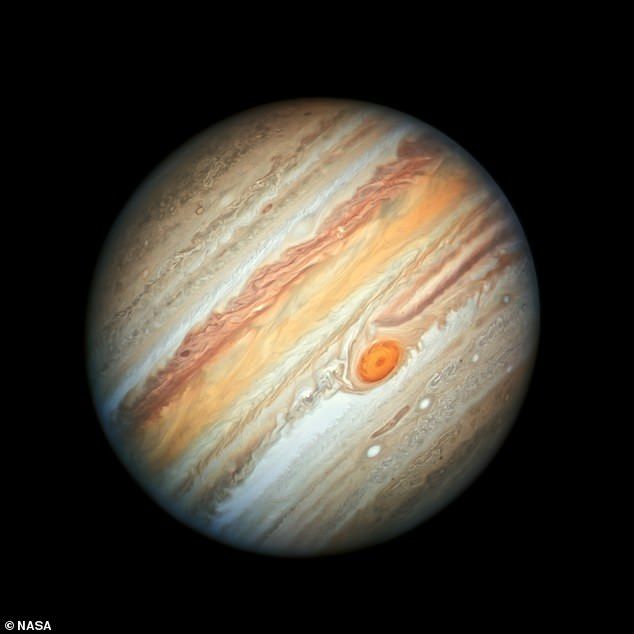 'That's why the Juno data is a real game-changer, allowing us a better understanding of what is happening on the nightside, where the dawn storms are born,' said Bonfond.

The birth of these bizarre, fleeting auroras that flitter over the giant world's polar regions has been revealed by new findings from Juno's ultraviolet spectrograph.

Dawn storms are born on the gas giant's nightside, and as it rotates, the aurora rotates with it onto the dayside, resulting in a dawn storm.

'At this point the complex and intensely bright auroral features grow even more luminous, emitting anywhere from hundreds to thousands of gigawatts of ultraviolet light into space,' the team behind the study explained in a blog post for NASA. 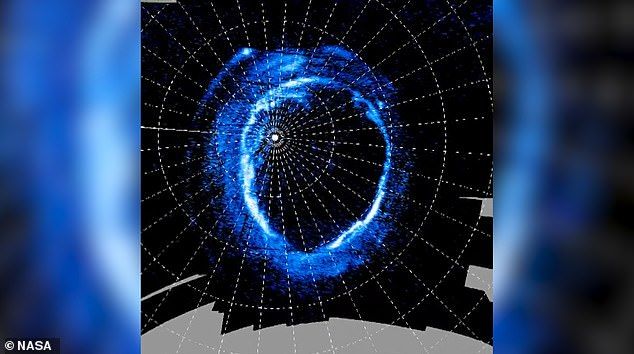 Dawn storms are dumping at least 10 times more energy into Jupiter's upper atmosphere than the normal aurora, based on the brightness jump.

'When we looked at the whole dawn storm sequence, we couldn't help but notice that they are very similar to a type of terrestrial auroras called substorms,' said Zhonghua Yao, co-author of the study.

The substorms are caused by an explosive reorganization of the magnetosphere's tail, which surrounds the planet.

The magnetosphere is an area of space surrounding the planet where our magnetic field - not that of interplanetary space - is dominant. 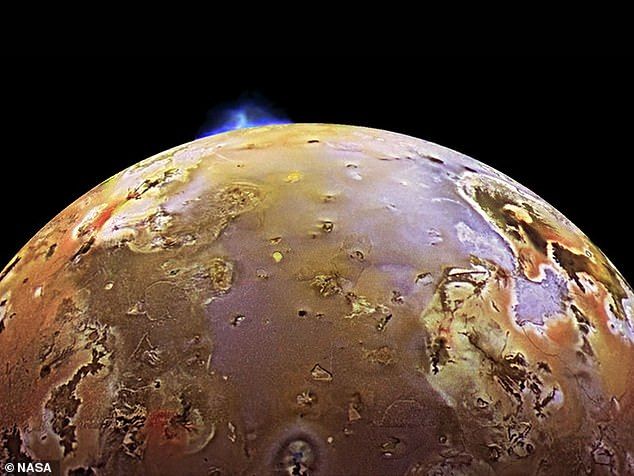 It is formed when the solar wind interacts with Earth's magnetic field, and similar magnetospheres can be found on any planet with a magnetic field.

They are strongly linked to variations in the solar wind and the interplanetary magnetic field's orientation on Earth.

Such explosive reorganizations on Jupiter are more likely to be caused by an overspill of plasma from Io - that is, matter leaving the active world.

'These findings demonstrate that, whatever their sources, particles and energy do not always circulate smoothly in planetary magnetospheres.

'They often accumulate until the magnetospheres collapse and generate substorm-like responses in the planetary aurorae,' NASA explained.