Brazilian artist gets slammed by people for her artwork of creating a giant red vulva named 'Diva' on a hill. People were quick to criticize Notari and point out that digging a huge red hole in the ground is no way of educating the masses about it. Some people called the art lewd and inappropriate telling Notari that they would be even ashamed to pass by it with their family. 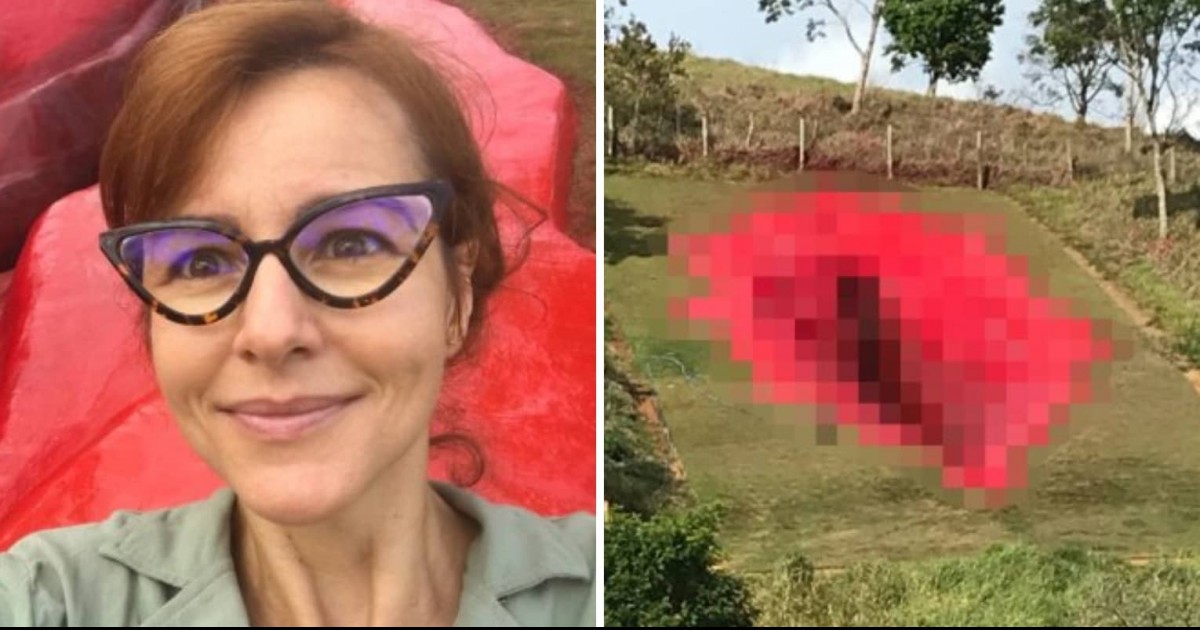 This artist's recent work of creating a 108-foot vagina sculpture on a hill near her house has provoked gender debate in Brazil.

As reported by the Daily Mirror, the project was undertaken by a Brazilian artist named Juliana Notari. She invested 11 months of hard work in this passion project of creating a bright red vulva which she reportedly calls 'Diva' finally unveiling it on New Year. 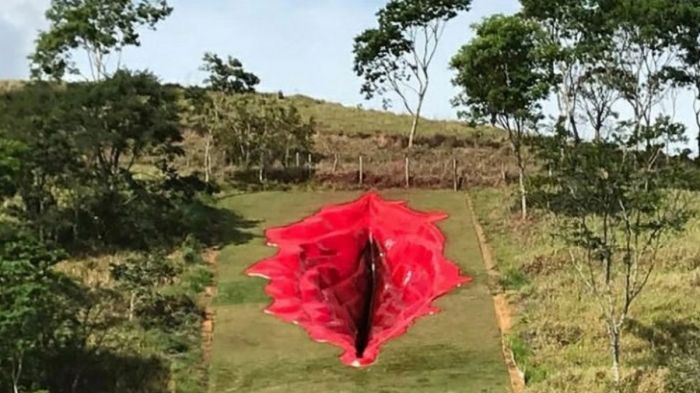 Proud of her work, Notari shared pictures of her artwork: a 108-foot (33-metre) reinforced concrete vagina, which was installed at a rural art park near the site of a disused sugar mill in Mata Sul Pernambucana in northeast Brazil.

In her post, she wrote: "Amid so many rocks in the middle of this dystopian year, I finally finish the year with Diva ready!! [sic]"

She continued: "It was a long process, almost 11 months of a lot of persistence, coexistence, and learning. Diva after all is a big handmade sculpture.

"As Roberto [Gatis] - the engineer responsible for the work - demonstrated, he could not use [an] excavator, because it would not allow him to accurately carve the reliefs [the artwork] needed.

"So it was over 40 hands to make Diva rise, over 20 men working in a heroic effort under the sun, amid a lot of music and joking."

"In Diva, I use art to dialogue with issues that refer to gender issues from a female perspective combined with a cosmopocentric and anthropocentric western society.

"Currently these issues have become increasingly urgent. After all, it is by changing perspective of our relationship between humans and [between] humans and nonhuman, that will allow us to live longer on that planet and in a less unequal and catastrophic society." 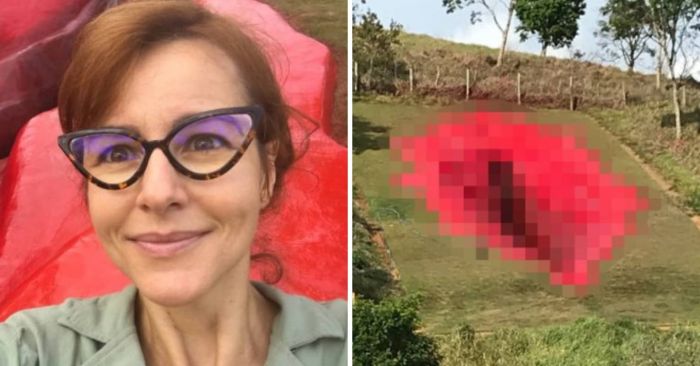 However, Notari did not expect backlash on her work as many people are calling it transphobic while others have labeled it inappropriate and lewd.

Notari faced heavy criticism on her work with many pointing out that this is no way to educate on a taboo talk.

One person commented: "Ruining a landscape for this is criminal."

Another wrote: "I'm a woman, and that's not even what I am. I would be ashamed to walk with my family in a place that had something like that."

A third added: "You are very stupid or very naïve, talking about vulva and vagina is important, to get the taboo out of talking about and understanding our bodies, but this needs to be done right and digging a giant red hole in the ground is far from teaching or inclusive, you are not doing anything for women." 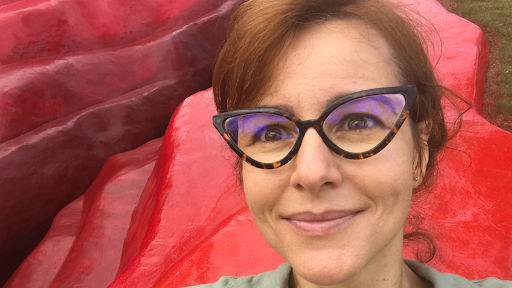 Brazilian journalist Fabiana Moraes then stepped in to defend Juliana, replying: "Not every woman has a vagina, it's true. but the woman of Juliana's work has it. The work does not undermine other women, just as women who do not have a vagina do not undermine my existence." 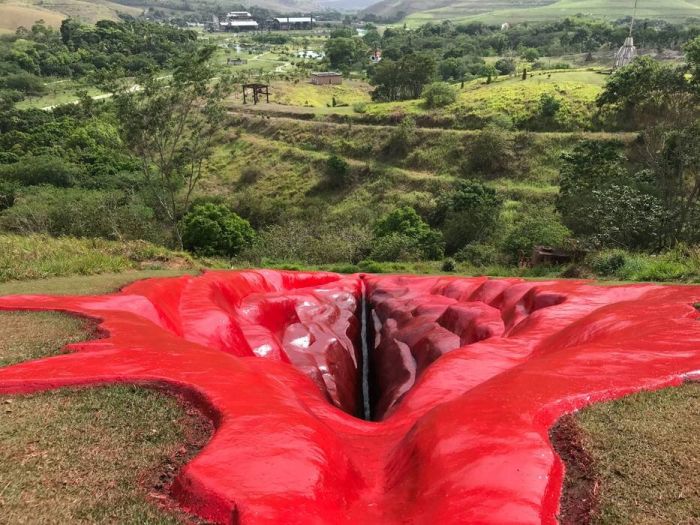