Neighbour's Befitting Response To An Angry Parking Note Is Next Level

This person is winning the heart on Reddit after his response over an angry parking note goes viral. Many internet users hailed the person for responding with such class and poise and many shared their own personal parking horror stories. Skim through the article and let us know if you have any parking horror stories to share with us. 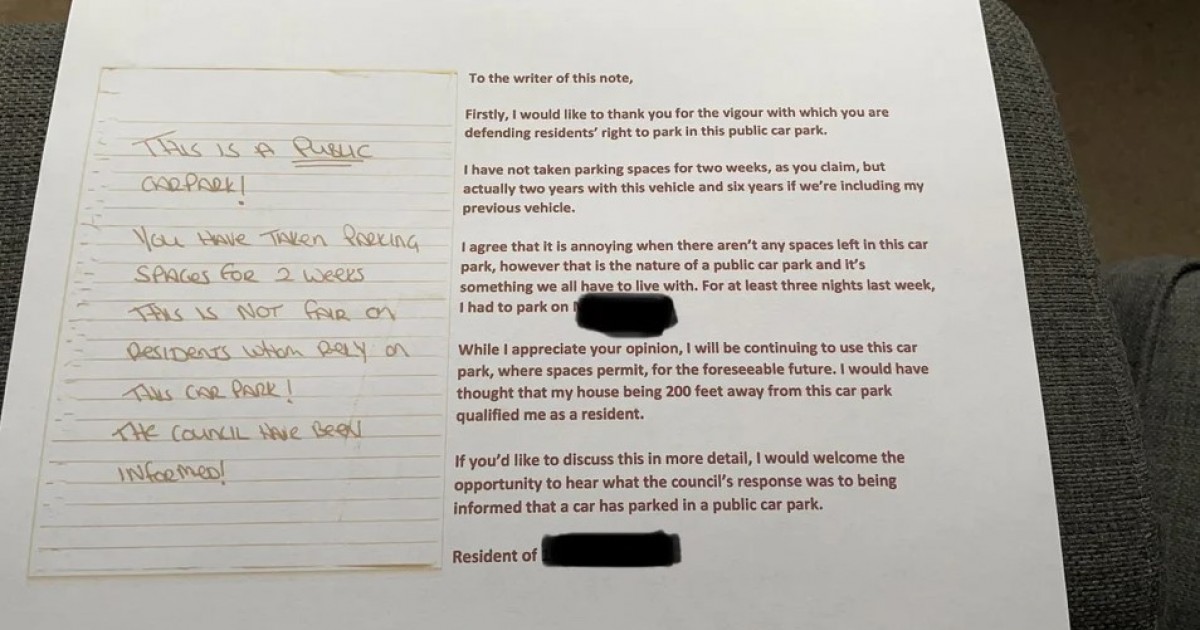 That never-ending fight over parking spaces whether between neighbors or strangers is not something new and is a universal problem. However, it is also satisfying when a nosy neighbor is given a befitting response, and that too with pure class.

This is what happened when one Redditor discovered an extremely angry handwritten note over their car complaining of the parking space being occupied for weeks. 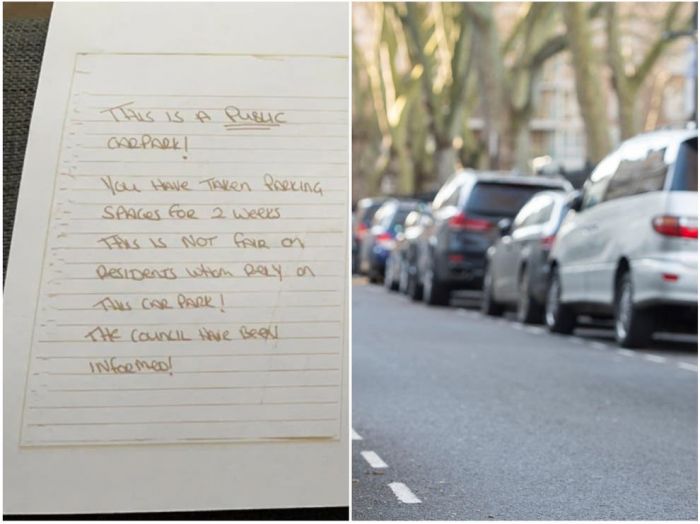 A few weeks back, one person took to Reddit to discuss an issue they encountered, titling it: “Found an angry note on my car today. I replied.”

The note and more than that the classy response went viral over the social media platform with users applauding the person for the response and sharing their own parking stories. 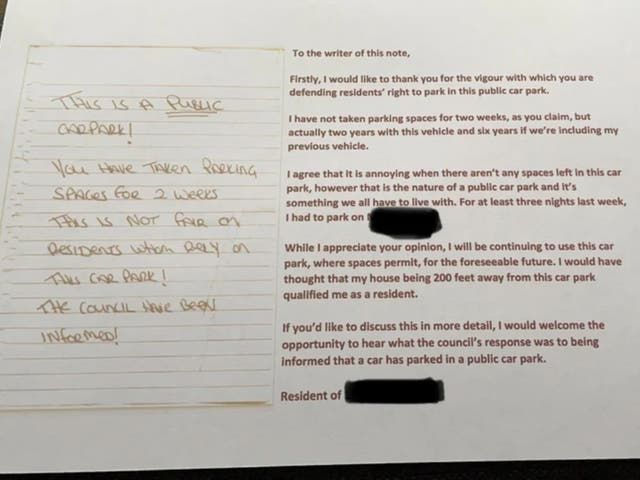 The post consisted of a picture of the neighbor’s original note pictured next to the car-owner’s response to it.

The former, with angry handwriting wrote, said: "This is a public car park. You have taken parking spaces for two weeks.

"This is not fair on residents whom rely on this car park. The council have been informed!"

The latter with class and poise typed the response as follows: "To the writer of this note, firstly, I would like to thank you for the vigour with which you are defending residents’ right to park in this public car park.

"I have not taken parking spaces for two weeks, as you claim, but actually two years with this vehicle and six years if we’re including my previous vehicle."

"I agree that it is annoying when there aren’t any spaces left in this car park, however that is the nature of a public car park and it’s something we all have to live with."

"For at least three nights last week I had to park on [road name]."

"While I appreciate your opinion, I will be continuing to use this car park, where spaces permit, for the foreseeable future."

"I would have thought that my house being 200ft away from this car park qualified me as a resident."

"If you’d like to discuss this in more detail, I would welcome the opportunity to hear what the council’s response was to being informed that a car has parked in a public car park."

Internet users hailed the person for the befitting response and many described similar personal experiences.

"This is a PUBLIC car park, therefore only certain people are allowed to use it,” one wrote. 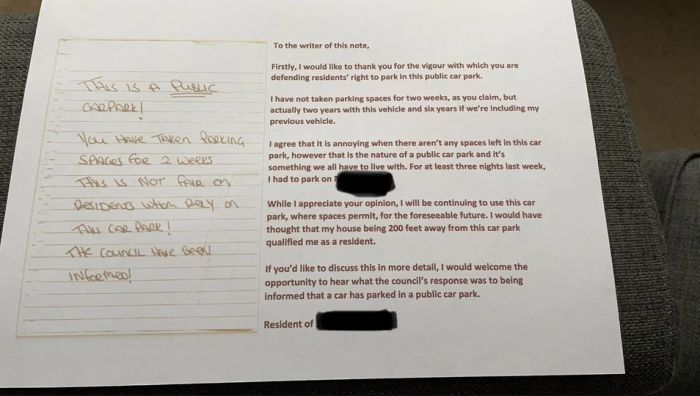 Another recalled: “There was a woman where I used to live that would post photos of my disabled father’s car parked in a disabled spot, in a Facebook group. A few times he put his badges on the car and he was still ridiculed. Some people actually have zero intelligence.”

And third said: “My sister was hounded for a while by a FB group for parking in a disabled bay (with a badge). So much speculation on what’s ‘wrong’ with her and digs at scroungers on benefits. It really broke her for a while.”