Posted by Sama in Entertainment On 26th October 2020
ADVERTISEMENT

Netflix was a part of a huge controversy a few weeks back after people called out the streaming giant on various social media platforms for streaming an inappropriate movie that hypersexualized young girls. Even though the hashtag #CancelNetlfix went viral but Netflix remains firm in its stance that there is nothing wrong with the message of the movie. However, little did it expected such a strong backlash as Netflix's subscription cancellations increased by 800 percent. 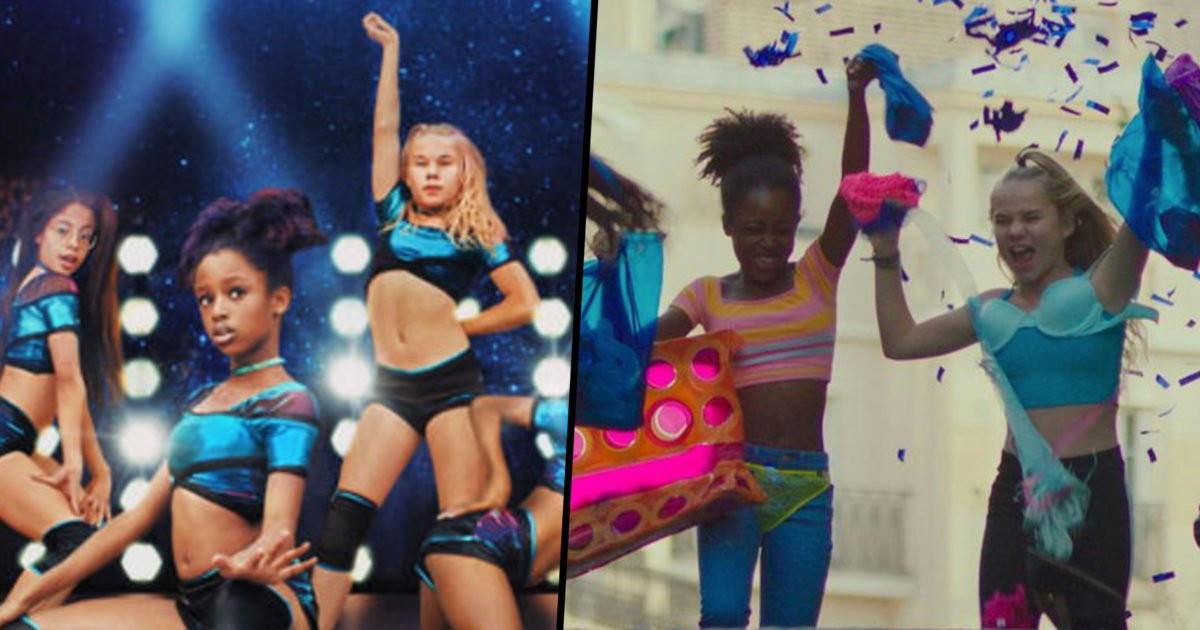 The controversial French coming-of-age movie 'Cuties' faced serious backlash globally and this has heavily affected Netflix as its cancellations skyrocketed to increase by 800 percent.

Netflix did not direct or produced this movie but it streamed the French movie which was accused of sexualizing minors. The movie faced serious backlash from countries. 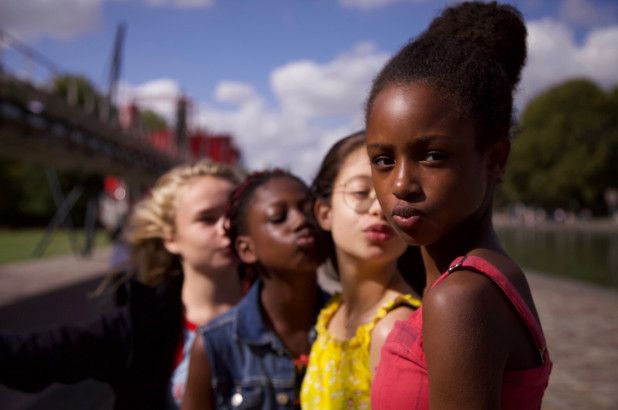 And the newly collected data created an unbreakable bond between the French movie and the decline in subscriptions.

Although Netflix has defended the movie saying that it is a movie about growing up but the world has blamed it for hyper sexualizing young girls and portraying them in the wrong light. 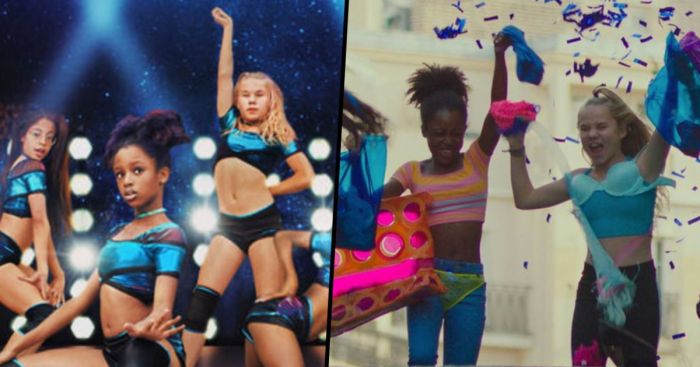 According to the French-Senegalese director Maïmouna Doucouré, the movie tells the story of Amy, an 11-year-old girl who fights against her strict Muslim parents and finds herself with a dance troupe.

Taking help from social media and music videos, the girls choreograph a provocative dance for the competition.

Doucouré says that the movie, which takes place in a poor Paris suburb, describes her experiences. It is a social commentary, but it failed to deliver a message.

Due to provocative and sexualized dance moves, the hashtag #CancelNetflix went viral. 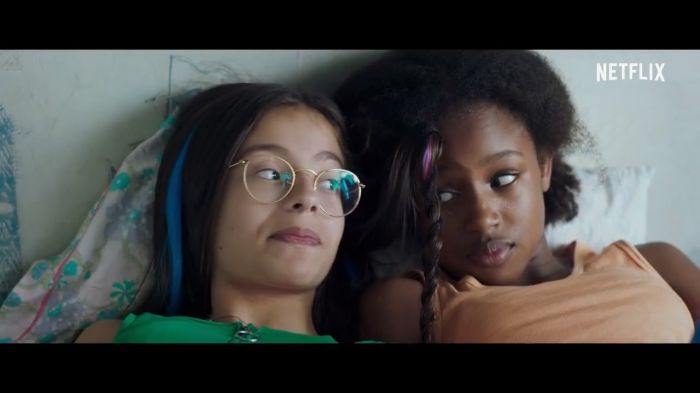 Data by several analytics firms indicate a sharp uptick in the number of people who canceled their subscriptions around the same time that calls were growing for a boycott over its airing of Cuties.

Antenna is a data analytics firm that tracks Netflix subscribers. It reported a “meaningful spike in churn rate.”

Churn regulates the number of subscribers who cancel pay services like Netflix for any reason.

In mid-September, Antenna noted that Netflix is losing five times as many subscribers in the days after the release of Cuties than in August. 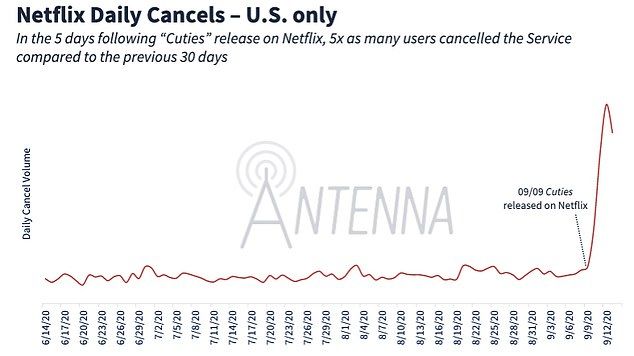 Analytics firm YipitData reported in mid-September that “drop in the U.S. grew substantially due to the Cuties backlash.”

All these results indicate a sharp decline in the Netflix subscription from the first two quarters of 2020.

Netflix predicted a drop in the number of subscribers during the third quarter due to the easing of coronavirus lockdowns and stronger competition from streaming services.

However, they never expected this strong backlash over the controversial movie. 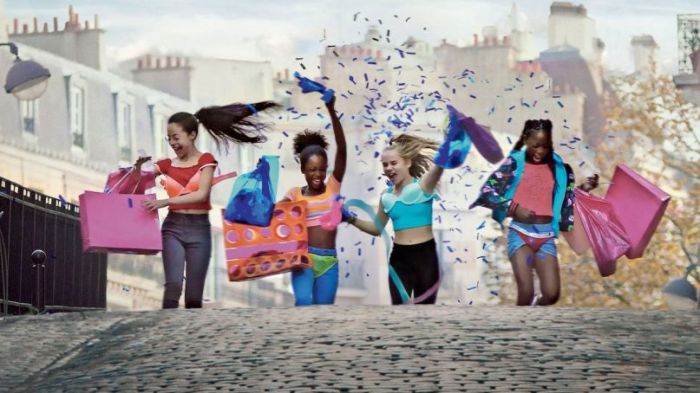 The movie is still streaming in Texas. Even though the streaming channel received an indictment in Texas for the movie’s alleged promotion of the sexual exploitation of minors.

The charges are based on a law in Tyler County. It prohibits outlets and media services from “knowingly promoting” content displaying “lewd exhibition of pubic area of a clothed or partially clothed child who was younger than 18 years of age, which appeals to the prurient interest in sex.” 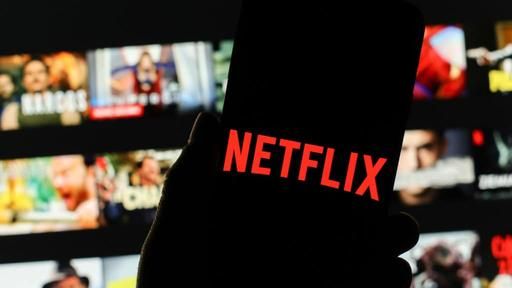 A Netflix spokesperson responded to the indictment in a statement:

Cuties is a social commentary against the sexualization of young children. This charge is without merit, and we stand by the film.

Netflix, Inc. indicted by grand jury in Tyler Co., Tx for promoting material in Cuties film which depicts lewd exhibition of pubic area of a clothed or partially clothed child who was younger than 18 yrs of age which appeals to the prurient interest in sex #Cuties #txlege pic.twitter.com/UJ1hY8XJ2l