Posted by Sama in News On 19th July 2021
advertisement

A disgraceful incident was reported where a racist woman attacked and hit a six-year-old Korean boy and was caught on camera spewing racist and hurtful things to the mother of the child. The video has gone viral on social media and people showed their concern for the child and his family and called out the crazy woman for acting like a crazy person in front of a little child. 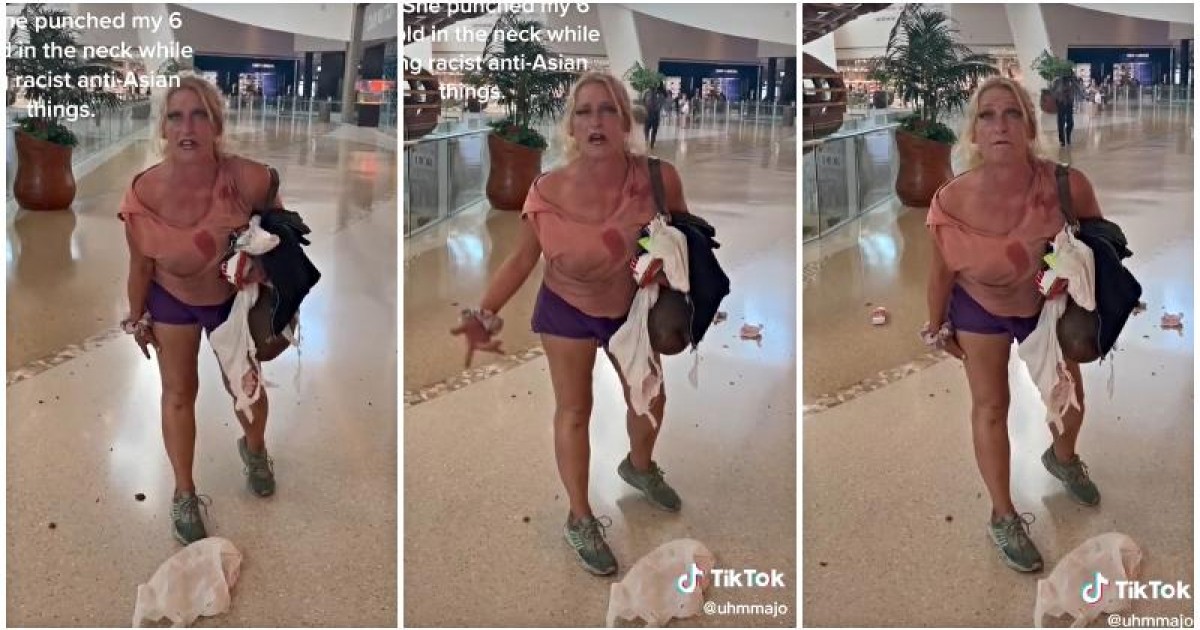 A bizarre incident reported that led to the arrest of a Nevada woman on hate crime charges after she punched a six-year-old Korean boy while shouting racist rants towards the child and his mom just outside a shopping center in Las Vegas, Nevada. 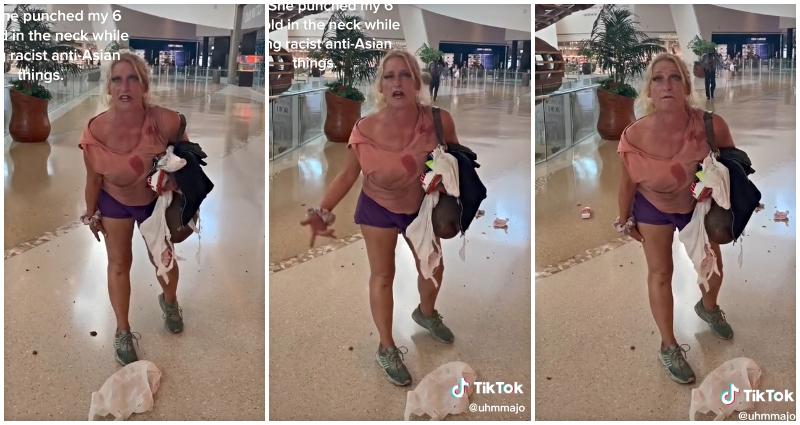 After this disturbing encounter, the child's mother followed the crazy woman into the mall to film her racist rant and show the world her disgraceful behavior.

The video posted on various social media platforms including Twitter and TikTok has gone viral. 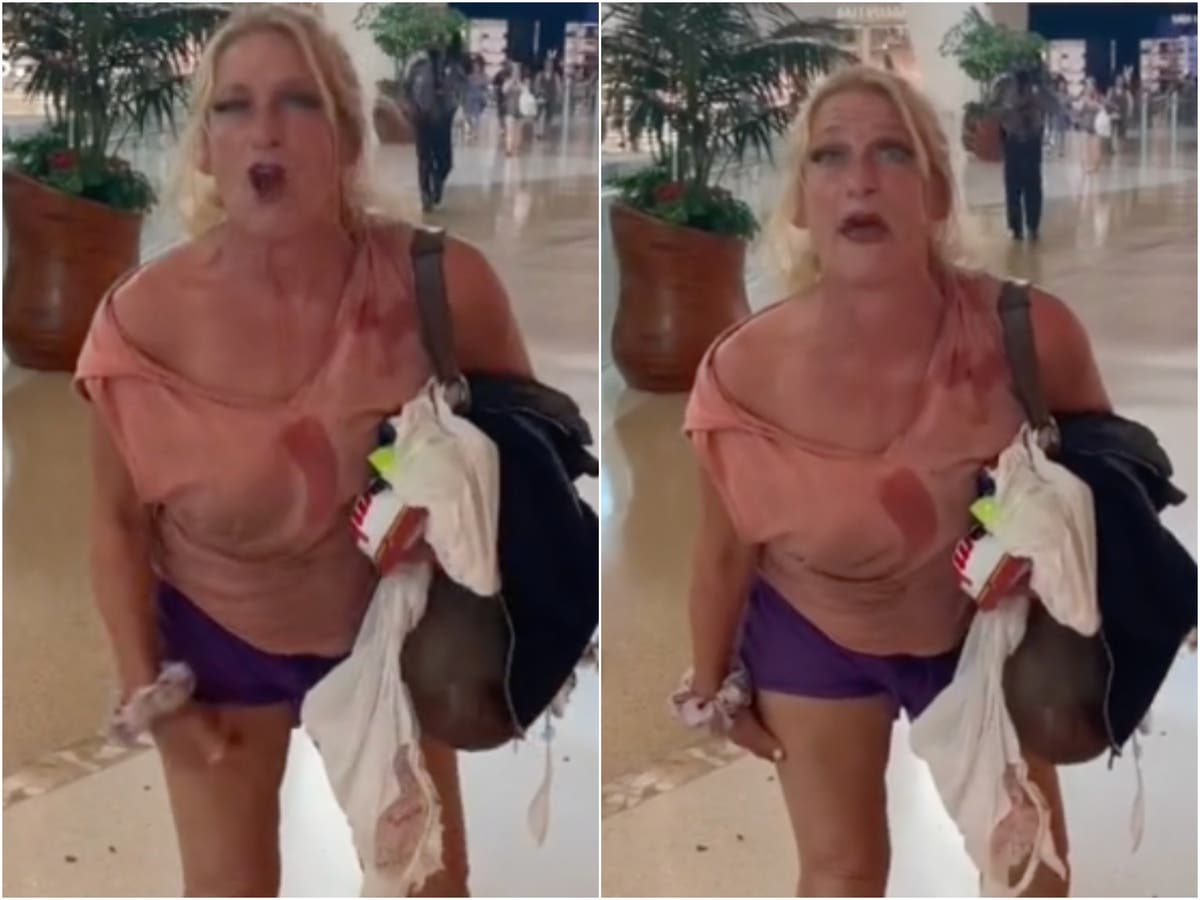 The video shows a woman spewing racist talk towards the mother and ranting about China when the mall security arrives and escorts her away. 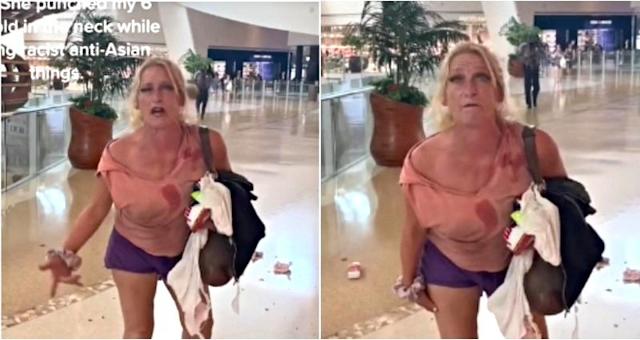 I hope the cops picked her up. Mall security just let her go. Yes, we are pressing charges. ##crystalsmall ##arialasvegas ##fyp ##assault

Internet was furious after watching this clip and many made it a point that had it been their child in this place, this would have been the last day of this woman on Earth.

And her funeral would've been that Saturday.

This racist POS was last seen at Aria / The Crystals mall in Las Vegas, Nevada harassing (and allegedly striking) a 6-year-old boy because he was Asian. pic.twitter.com/1QjFIZwTaW

If anyone attacked my kid it would be mortal kombat time

Aaaaaand this is one of the reasons CRT needs to be taught in schools. Would help to explain the present mentality so that it's not repeated in the future.

Some people blamed the drugs for this behavior of woman

Though some people are blaming this hateful and disgraceful behavior of the woman on drugs and mental health, the disability rights advocates point out that mental illness and substance abuse can lessen inhibitions but it definitely does not transform people into racists.

Racism should not be blamed on mental illness or addiction as it stigmatizes people diagnosed with either and excuses the perpetrator's racist beliefs.

Meth is a hell of a drug

As per NextShark, who spoke with the boy's mother, her son is "shaken up but is doing okay."

The family of the child called the police and even waited with supportive sales representatives until police arrived.

The distraught mother shares how shaken her husband was after he got to know about the incident:

"He said he had never seen us that angry before and hopes we never get that angry with him. It startled him so much to see us that way—I can't imagine how traumatized he would be if we actually got physically violent."

Our services for the mentally ill are severely lacking.

The racist woman has been identified as Shelly Hill and is charged with battery and hate crime. According to Yahoo! News, she is being held on $3,000 bail and must appear in court this week.

In an interview with NextShark, the child's mother said that it will take some time for the family to get over the trauma.