New Fantastic Technologies That Will Make Us Immortal Someday

Posted by Arsalan Ahmed in Science and Technology
ADVERTISEMENT

Immortality has been nothing more than a very popular sci-fi and fantasy trope in pop culture. Fountains of Youth, cyborgs, and computers have been a few of the many ways humans have been able to get away with endless lives. While it’s still a bit of a ways away, there’s still time to consider all the pros and cons from the list, think about the laws or regulations that may need to be added to make sure nothing goes wrong, and consider what immortality would help humans accomplish. That being said, with the amount of money and research being poured into it, many experts are saying we can expect to see more immortals walking the earth within the next 25 – 30 years. 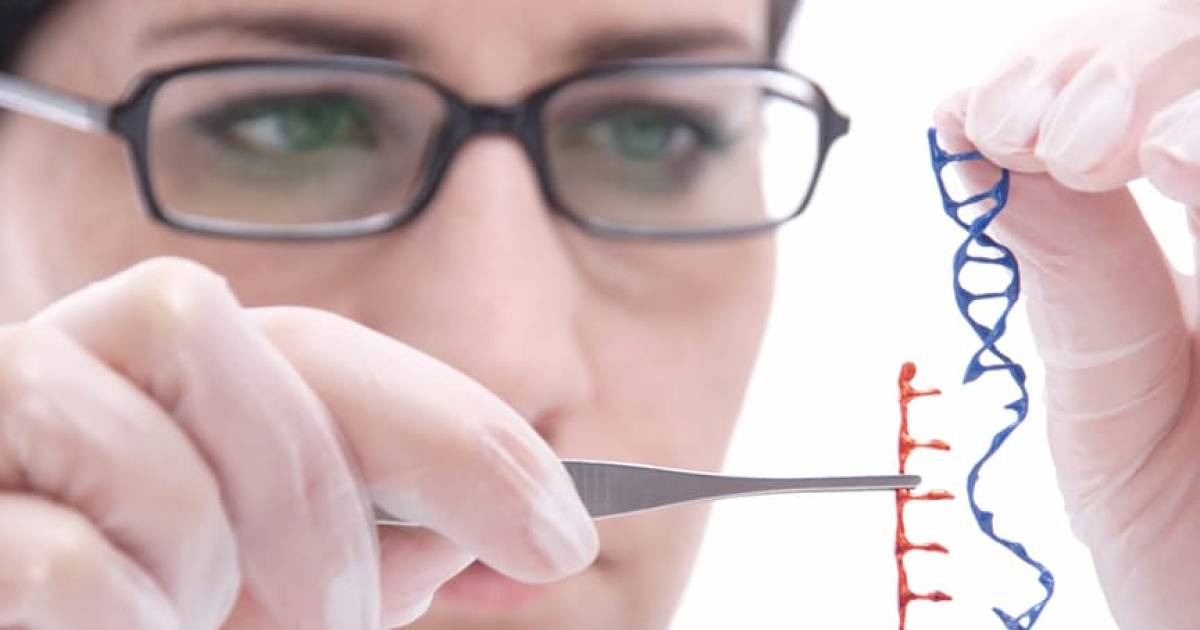 #1 Working Around the Telomerase Enzyme

It's simply human nature: over time, the human body slowly deteriorates. Skin loses elasticity so it becomes wrinkled, bones become weak and frail. At the end of chromosomes are telomerase, an enzyme which is used to keep them safe and prevent unraveling. When humans are young, they work perfectly fine, however, as time goes on and cells copy an expand, telomerase get worn and damaged. Scientists have conducted tests on mice by engineering them to not have telomerase, making them immediately weak. When they were given a replacement for the enzyme, their health was immediately replenished, making them as good as spring chickens.

Humans can hold roughly 2.5 petabytes, which is about 25,000 terabytes. Right now, the most storage on a computer is 120 petabytes on a computer for IMB's Almaden.

Memory uploading, brain scanning, or whole brain emulation call it what you will, but this classic sci-fi and fantasy trope will soon become a reality. Whether it's just specific memories or an entire human's personality, many professionals believe that this form of eternal life isn't too far away. One of the major players in this is the 2045 Initiative. This nonprofit organization founded in 2011 has a group of Russian neural interface, robotics, artificial organs, and systems specialists working to make personality uploading real. Most notably, their Avatar Project allows for humans to host their brains inside a robotic host.

As cool as it sounds, there are a few major issues with it. One being security. In an age when computers are relatively easy to figure out, how will personalities, identities, and "selfs" be kept safe from hackers? 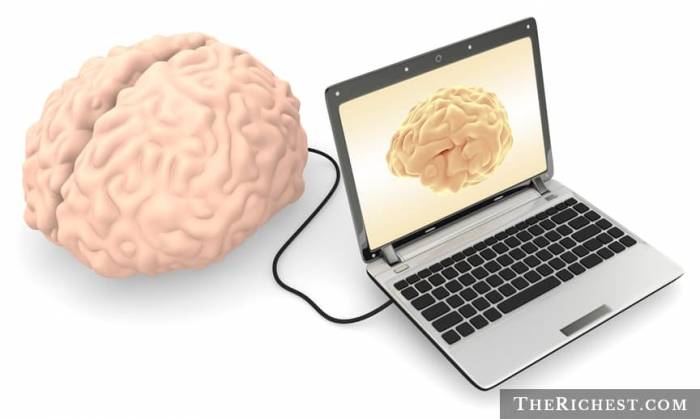 Imagine little tiny machines inside the human body, floating in the blood stream, or even replacing it. Whenever the body gets damaged by a cut or scrape, it heals the wound. Should the body lose a limb, one grows back to replace it. Being struck by lightning or bungee jumping wouldn't be nearly as terrifying as it sounds. Having a little army of machines on standby and alerting the host if there are any issues. This method is already in the works. MIT researchers have used nanoparticles to destroy ovarian tumours in mice, test humans for blood clots through urine samples, and other health issues. Hopefully, there will be a proper way for the brain and the technology to communicate discreetly, since no one really wants to share what's going on with their body.

Having an on-demand supply of body parts would help a lot of people who are waiting on essential transplants. Alright, so a full human being can't be cloned yet, but different bits and pieces of humans have been. Adult stem cells have been cloned from human skin in hopes of regrowing tissue for the elderly. 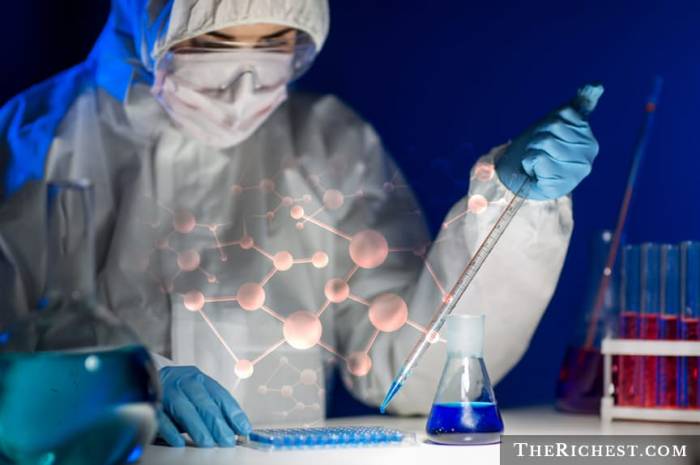 Similar to cloning, lab-grown organs would help to save people's lives by providing body parts to those who need it. Waiting lists are long and many people die before they can get what they need.

3D printers are already being used to create organic body parts for people who need them. That's right, not just legs for ducks or devices for broken fingers, but organs, too and not plastic ones, either. Using a biopsy performed on the organ, cells are collected and mixed with a special liquid full of nutrients to keep them alive. That's when the 3D printer comes in to form the body part. Again, just like cloning, there are limitations. Right now it's only simple organs; skin, livers, and bladders, but with enough research, more complex ones could be developed. 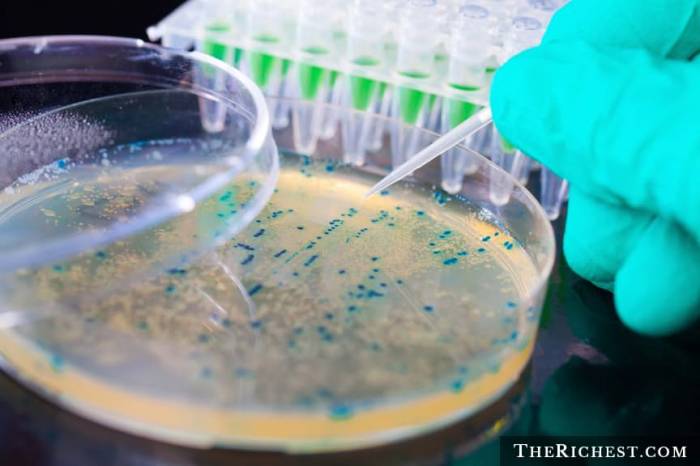 Similar to 3D printed body parts, mechanical ones are on the rise. For the most part, they're being used for medical reasons like prosthetic arms or legs. Other people may just choose to upgrade their body parts for aesthetic reasons.

Some real-life examples of this are Neil Harbisson, the man who was once colorblind but now can see colors beyond the average human eye, Kevin Warwick, who's life goal is to be as close to being a cyborg as possible, and Jerry Jalava, the man who has a USB stick for a finger.

It's only a matter of time before humans become the reverse of Bicentennial Man.

Blood has been the source of life and energy for thousands of years. In an experiment conducted on mice, it was found that old mice who received blood from the young had a huge improvement in brain activity. The hippocampus, the portion of the brain responsible for memory and learning had brain cell growth. Similarly, young mice who had received old blood not only took longer to grow new cells, but also physically appeared old.

This discovery could lead to a lot of breakthroughs, and while it's exciting, it also comes with caution. Before anyone goes out to plasma centres, remember that just because it had a certain effect on mice, it isn't a 100% guarantee for humans.

In a short 18 years, Google's had a huge impact on human life. From settling arguments between relatives and helping college students write last-minute papers, to self-driving cars and easy-to-use email options, Google strives for only the best.

So what is this company looking to do in order to get humans to live longer? Well, Google has backed up Calico, a company that's interested in health and longevity. According to the website, Calico wants to research ways to help people live longer and healthier lives. Google helps to provide data on demographics by sharing information about people through their searches. 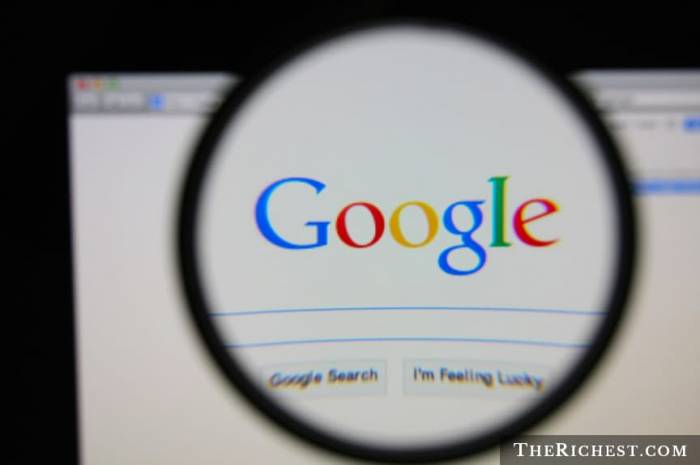 The whole point of it is to freeze the human mind and body and preserve it until a point in time when the person wants to be released usually, it's because the frozen person is diagnosed with an illness that doesn't have a cure.

The way cryogenics work is that because temperatures are so cold, the body becomes dormant, so all functions are slowed down. Brain function is so low that the body doesn't need much oxygen and the metabolism is very slow moving, it's similar to a hibernating bear. 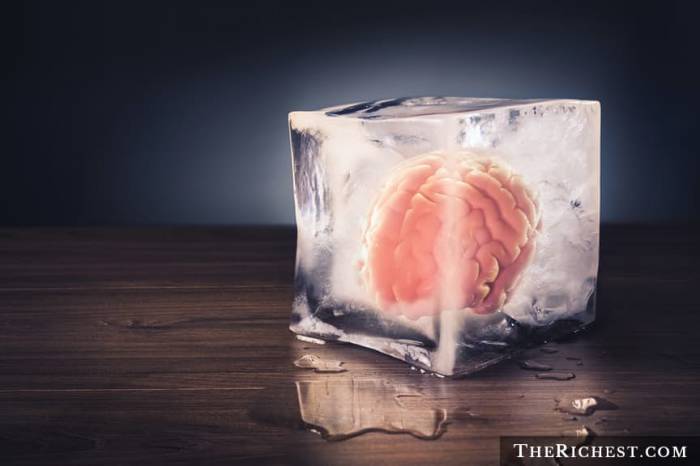 There are all kinds of anti-aging creams and pills available right now, and with a multi-million dollar market to boot, it's no wonder new ones keep coming up on tv ads every day. One claims to be the real deal though, using a special protein called the ALK5 Inhibitor.

Again, another test done at that used mice found that subjects who received the protein regrew their muscle and brain tissue, and appeared to become young again. It works by targeting the stem cells that become old and damaged and repairing them like new. ALK5 prevents the growth of TGF-beta1, which is the reason that stem cells can't renew. 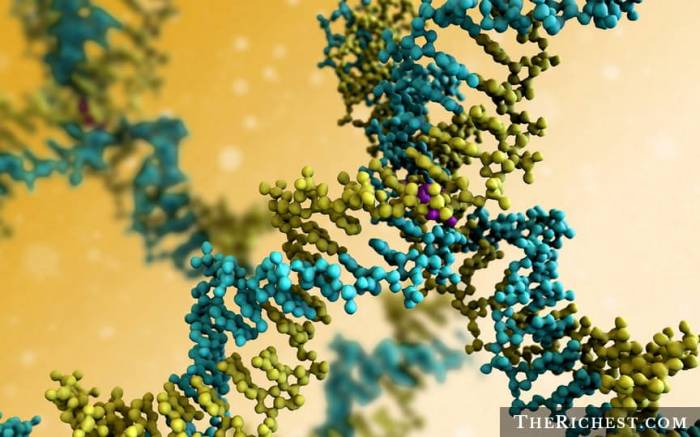 Since The Matrix, the idea of living in a computer simulated world has really shook the science world. Researchers believe there may be a possibility that we're actually living in a simulation.

Virtual reality is already a popular gaming tool. There are several different console models on the market, and a number of different video games to be played. News stories have already taken advantage of this by offering a whole new experience and putting the consumer right in the middle of the action. 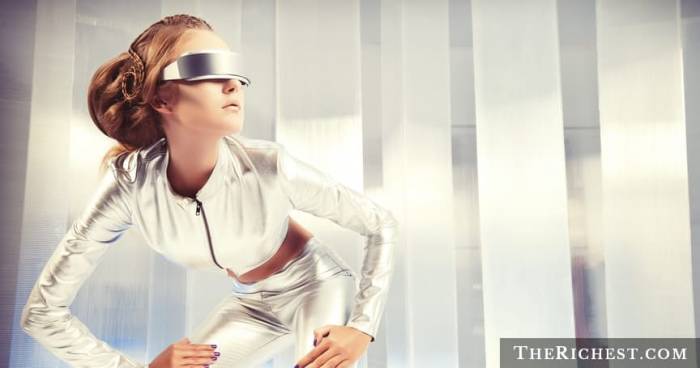 Experts believe that two revolutions will help to increase the lifespan of humans. One of these being singularity, which was when artificial intelligence will become much more powerful than humans. This will then lead to the second revolution of virtual immortality, when humans can upload themselves into computers.

It simultaneously sounds cool and scary. The thought of humans no longer existing in their own world and never being able to experience life in the flesh is something many people deny and reject. While technology is rapidly advancing to the point where artificial intelligence could become a real thing, there are many people working to make sure that humans still have control over the limits of AI. 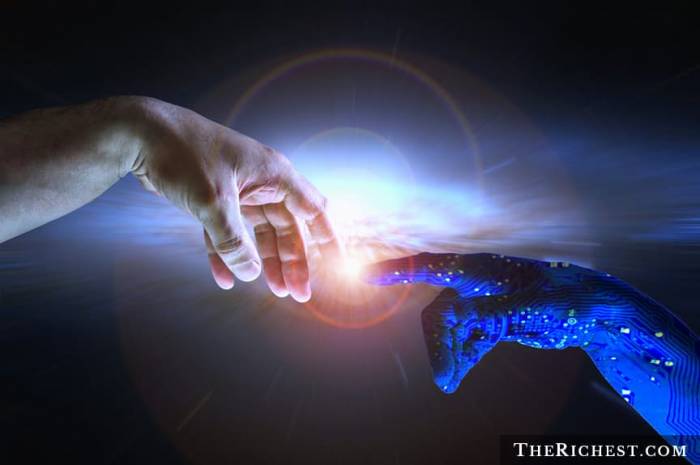 Aside from ageing just a little slower in space than on Earth, many believe that in order for humans to become immortal, they must explore the universe. Think about it like this: Earth can hold only so many humans, and we're well beyond that point. Earth is also subject to astroid collisions, global warming, and other means of destruction. Sure, other planets are subject to getting hit with floating space rocks, but if humans can inhabit more than one planet they really can become immortal. 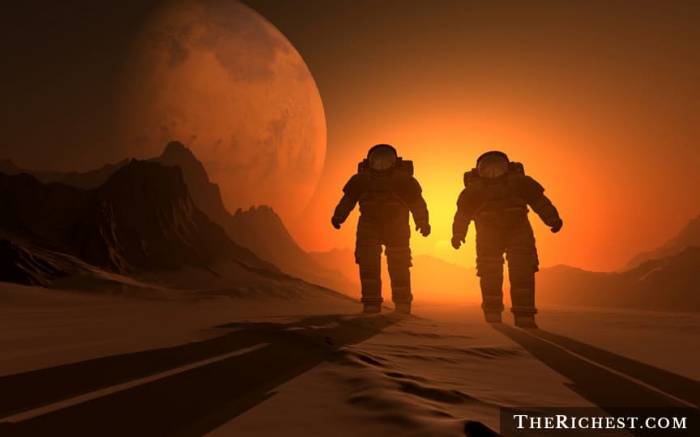 Everyone who wants kids has an idea of how they would like them to turn out, and if given the chance, many people would choose to undergo biotech procedures.

Now, we're not that far off from Build-a-Baby. Scientists have engineered human embryos by editing the DNA within. This was done so that the organism wouldn't develop thalassaemia, a fatal blood disorder. 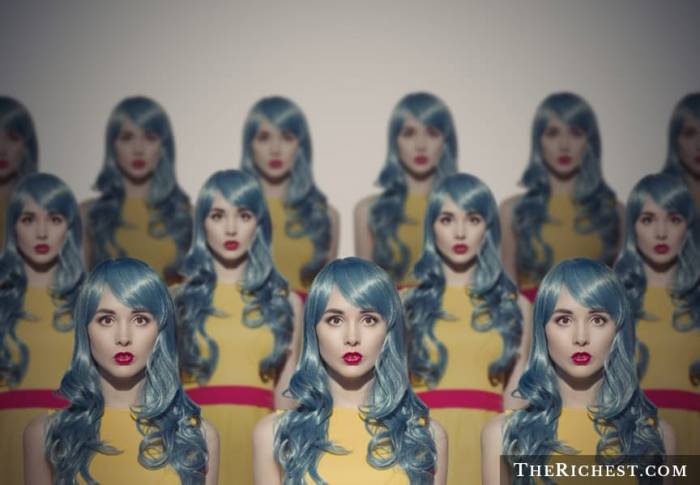 Ever watch a movie in which someone gets shot but survives and you think it's just completely impossible for them to survive? Well thanks to Gene Therapy, that will be a thing of the past.

Gene Therapy is simply replacing missing or defective genes with normal ones. Thanks to technological advancements, though, scientists are working on fusing human skin cells with spider silk proteins. Unlike bulletproof vests which slow down bullets and sometimes stop them, this new skin type will completely block the bullet from entering a human's body. It's still underworks, but because of the research behind it, this will give scientists a way to figure out just how to keep people safe from stray shots. 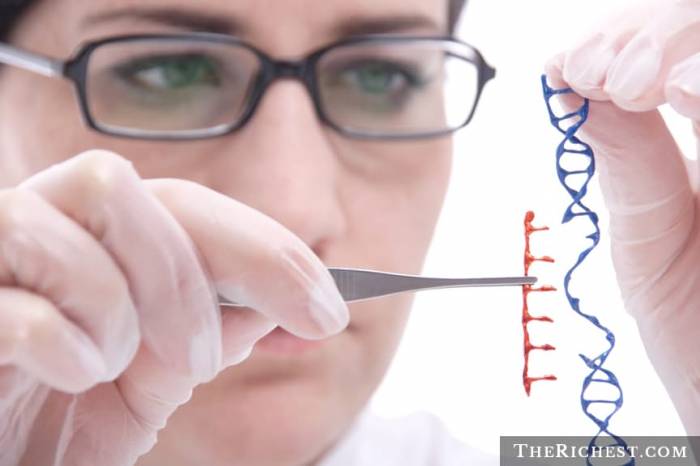